Here's a collection curated by The Associated Press' entertainment journalists of what's arriving on TV, streaming services and music platforms this week.

— "12 Years a Slave" and "Widows" filmmaker Steve McQueen's latest project, "Small Axe," begins rolling out on Amazon Prime Video this week in the U.S. Comprised of five unique stories, the anthology film series about London's West Indian community in the 1960s, '70s and '80s kicks off Friday with "Mangrove," about a group of Black activists who were arrested and put on trial on charges of trying to incite a riot. The "Mangrove Nine" were protesting police targeting of a Caribbean restaurant in the Notting Hill area that served as a gathering place for activists and intellectuals of Britain's civil rights movement and was routinely raided by the police. Letitia Wright, best known for playing Black Panther's little sister Shuri, stars.

— Once you're finished with "Mangrove," perhaps you'd like to indulge in a little holiday fantasy, like, say, "Dolly Parton's Christmas on the Square," a glossy musical coming to Netflix Sunday. Christine Baranski plays a Scrooge in stilettos who is trying to evict an entire town by Christmas eve. Dolly, naturally, plays an angel who visits to convince her otherwise. And if that weren't enough, it was directed and choreographed by none other than Debbie Allen.

— Or maybe you're looking for escapism of the silly sci-fi action-horror variety. If so, "Underwater," starring Kristen Stewart as a mechanical engineer working on a deep sea drilling facility, debuts on HBO Saturday. Part "The Abyss," part "Aliens," this creature-feature got pretty mixed reviews when it played in theaters in January, including from the AP's own Mark Kennedy who wrote that the film, "certainly isn't as bad as it could have been but it is leaking badly long before it reaches its limp conclusion." While it might not have been prudent to spend money going to the theaters to see "Underwater," it's also the kind of movie that's made for a "why not" click at home.

— With several platinum-selling Top 40 hits, including two No. 1 smashes, as well as an EP and mixtape reaching the Top 10 on the pop charts, it might sound weird but Megan Thee Stallion is finally releasing her debut album on Friday. "Good News" is one of the year's highly anticipated albums, though details around the project have been tight (its release was just announced last week). Megan Thee Stallion's had major success with the 2019 mixtape "Fever," this year's "Suga" EP and the singles "WAP" with Cardi B, "Savage" with Beyoncé and "Hot Girl Summer." Looks like she's bound to have a hot girl winter, too!

— A musical family plus quarantining together equals a new album. That's what happened to the Fogerty family after the pandemic hit in March. John Fogerty, his daughter Kelsy and his sons Shane and Tyler recorded "Fogerty's Factory" in their home studio. The 12-track album will be released Friday – just in time for the holidays.

— ABC's "Big Sky," from veteran writer-producer David E. Kelley ("Big Little Lies"), is a Montana-set thriller driven by the kidnappings of two sisters on a road trip. There's marital discord and a rift among the private detectives on the case, to boot. Kylie Bunbury, Katheryn Winnick and Ryan Phillippe top a cast that includes sterling character actors John Carroll Lynch ("The Founder," "Fargo") and Valerie Mahaffey ("Dead to Me," "Young Sheldon"). The series, debuting 10 p.m. EST Tuesday, is based on novels by C.J. Box featuring investigator Cassie Dewell, played by Bunbury.

— Oscar-winning documentarian Alex Gibney, whose subjects have ranged from the collapse of Enron to the inner workings of Scientology, turns his attention to murder in HBO's "Crazy, Not Insane" (9 p.m. EST Wednesday). The two-hour film details psychiatrist Dorothy Otnow Lewis' research into why people kill, including a focus on experiences and brain dysfunction. Among the cases she's examined: convicted serial killers Arthur Shawcross and Ted Bundy. In a change of filmmaking style, Gibney relies on a mix of cinema verité, animation and home movies to convey the intricacies of the mind.

— Rumer Godden's 1939 novel "Black Narcissus" was the basis of a 1947 movie starring Deborah Kerr and Jean Simmons. It's back on screen, adapted for a three-part FX series debuting in full 8 p.m. EST Monday, Nov. 23. The series is set during British rule in India, with Anglican nuns led by ambitious Sister Clodagh (Gemma Atherton) seeking to turn a clifftop palace into a mission and stirring dark waters along the way. Kulvinder Ghir and Jim Broadbent are in the cast, along with Diana Rigg — another chance to savor the work of the actor who died last September at age 82.

Movies in a Minute: "Raya and the Last Dragon"

What’s Coming and Going From Hulu in March

'For All Mankind' take a giant leap into alternate world

If, as actor Joel Kinnaman contends, you become a new person every 10 years, that bodes well for his character in “For All Mankind,” a fictionalized look at the space race.

Find out how Craig Brewer brought a fairy tale filled with crude jokes to the streamer.

The new teaser is set to Romano delivering his own rendition of Beyoncé's 'Crazy in Love.'

The four-episode limited series is based on JP Delaney's novel.

A ‘Bosch’ Spinoff Is Coming to IMDb TV — Who’s Returning From the Original Series?

Get ready for the next chapter in the career of Michael Connelly's detective.

What’s on Amazon in March, From ‘Coming 2 America’ to ‘Invincible’

Plus, PBS Masterpiece's 'Breathless' and whole bunch of favorite movies including 'E.T. the Extra-Terrestrial.'

'SNL' opened with Aidy Bryant, dressed as if just back from a tropical vacation, as Sen. Ted Cruz, who went to Mexico as a winter storm hit Texas. 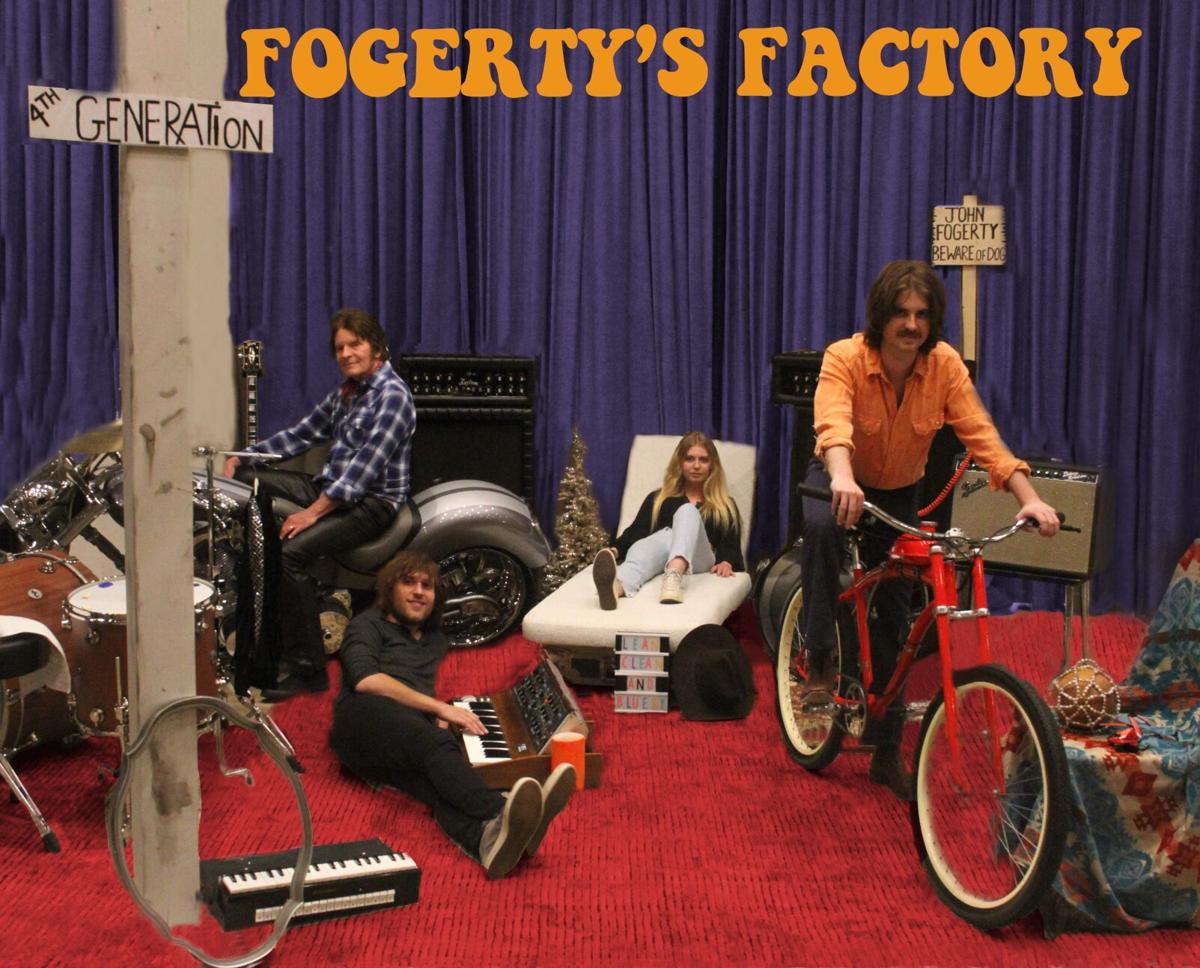 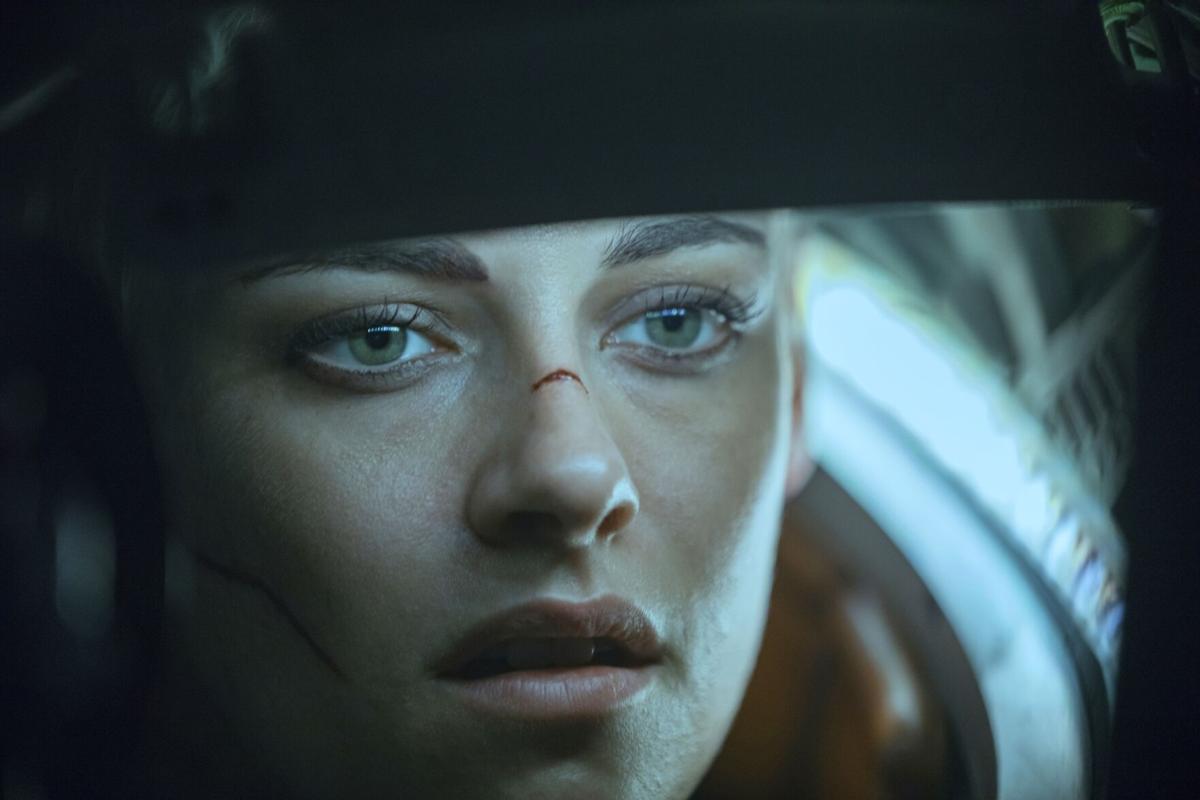