On an especially cold week in March 2019, Karen Jackson and her family welcomed a new member to their Westtown, Pennsylvania, home: a 3-year-old female Great Pyrenees mix, adopted from a local rescue. But their delight was short-lived. Within hours of bringing the dog home — they hadn’t even decided on a name for her — the pooch had slipped out the front door and disappeared into the night.

“She just kept running, and we couldn’t find her,” Jackson said.

Distraught, they did everything they could think of: contacted the rescue they adopted her from, posted lost-dog notices, searched the neighborhood. Then they got a call from a woman who said she would like to help. Her name was Cathy Herman-Harsch.

Within four days, Herman-Harsch found the dog, which the Jacksons have named Beatrix, a.k.a. Trixie.

“Everything she did I don’t think would have come naturally to anyone,” Jackson said.

And Herman-Harsch wouldn’t take a dime from the Jacksons.

Herman-Harsch is a special breed of animal lover. For nearly 18 years, she has made her living with All Things 4 Legged & Personal, her Chester County, Pennsylvania, pet-care business. But her avocation is helping people find their lost dogs and cats. It’s something this Navy veteran and former IT worker has learned over the years of studying and observing companion animals — her own and others.

Tips for finding a lost pet

Finding a lost animal takes persistence, said Herman-Harsch, who runs her volunteer operation with three other women and her son Johnathan, 17.

“Recovery is not for the weary or those who drink decaf,” she said. “You’ve got to be a little on the crazy side, and you need your caffeine.”

A lot of what she tells pet owners to do — and not do — seems counterintuitive. Running through the woods, chasing a pet, calling its name? Big no-nos. That will likely only make it flee.

“People don’t realize it is not your pet at that moment,” she said. “It is a frightened dog, a frightened cat, and all they think is, ‘Predator. Someone is trying to hurt me.’”

Herman-Harsch instructs owners to lure their pets with lots of food, and use only non-threatening approaches: no eye contact, and just sit down and let the animal come to them. She has them scatter pieces of clothing or cloth that has the owner’s or pet’s scent where there have been sightings. Sometimes she uses equipment like trail cameras that are activated by motion and humane traps in areas where the animals have been seen, especially newly adopted animals that aren’t likely to come to their owners.

She also has to disabuse owners of others’ bad advice, like putting a pet’s litter box outside, with the hope of luring them home. All that will do, she said, is attract feral cats and other animals looking to mark the box as their own.

She and her team also counsel owners on how to get the most mileage out of lost-pet posters and social media — and, mostly, to just not give up.

‘She knows what she’s doing’

“Every search is different. It can be frustrating, but often you just have to redirect,” added Tina Fini, 39, a nurse and one of Herman-Harsch’s team members. In the end, she said, the rewards are great: “It’s such an incredible feeling being able to help a distraught pet owner get their baby back.”

“We use Cathy because of how involved she gets,” added Kristen Geddes, director of All 4 Paws Rescue. “She’s wonderful. She knows what she’s doing.”

At Herman-Harsch’s advice, Schaefer made his lost-pet posters bigger and more colorful, and omitted references to the locations of past sightings that could wrongly influence observations. She also advised against offering a reward (to weed out people just looking for money) and instructed the Schaefers to hold cook-outs near local bodies of water to lure the wayward Parker: runaway pets need water and often travel near it, Herman-Harsch told them, and they’re attracted to the smell of grilling meat.

But Parker was a tough case. Over five weeks, the Schaefers had some actual encounters with Parker, but then the dog would run off again. Herman-Harsch wouldn’t give up, so the Schaefers didn’t either. Finally, the family got a call late one night from a woman who thought she’d seen Parker on the grounds of her Malvern condo complex. Schaefer and his daughter Rachel, 22, jumped in the car.

This time, they got him.

Even though Schaefer and his daughter did the actual capture, he doesn’t think it would have happened without Herman-Harsch’s guidance.

Some of Herman-Harsch’s rescues have involved out-of-towners whose pets went missing while they were visiting the area.

Gary Francella, 55, a military account manager from Virginia Beach, was in Downingtown for his mother’s funeral in July 2019 when his beloved Puppy, a toy poodle, disappeared. Herman-Harsch helped with the search — even sticking with Francella for 10 hours at a time — until Puppy was found.

Get a dose of adorable in your inbox

Receive local adoptable pets PLUS updates for pet lovers in your inbox every week!

Keep your dog safe with these best COVID-19 practices

About a year since we first heard the word coronavirus, there are still many questions. Here are important facts about COVID-19 for dog owners to know.

Do you hope to travel with a small dog? Do you wish to remain active and want a dog that can run and hike long distances? Do you want an affectionate companion that will be safe around younger family members?

Fido’s family tree: What to know before testing dog’s DNA

‌It’s never been simpler to perform a dog DNA test. Here's what you should know before you buy one, including some recommended ones.

Great Social Media Groups for Adventurers and their Pets!

Love taking epic adventures with your pet? Looking for ideas, tips, and like-minded adventurers? Social media groups can provide all that, and more; however, not all social media groups are created equal. We went on a search for the most helpful, popular, and fun online pet adventure groups, and we’ve dug up some real gems!

If you become infected

If you become sick with COVID-19, you should ideally delegate your pet’s care to a family member or friend and isolate from them as much as possible.If you live by yourself and are unable to find someone to care for your pet, wear a mask when dealing with them.

Vet visits during the pandemic

During a pandemic, veterinary and emergency clinics are considered essential services, and many still are open.

Playing outside is 'snow' problem for paraplegic pups

This high-tech dog collar can translate your pet's barks

This high-tech dog collar can translate your pet's barks

Bait dog discovers love and happiness for the first time

Bait dog discovers love and happiness for the first time 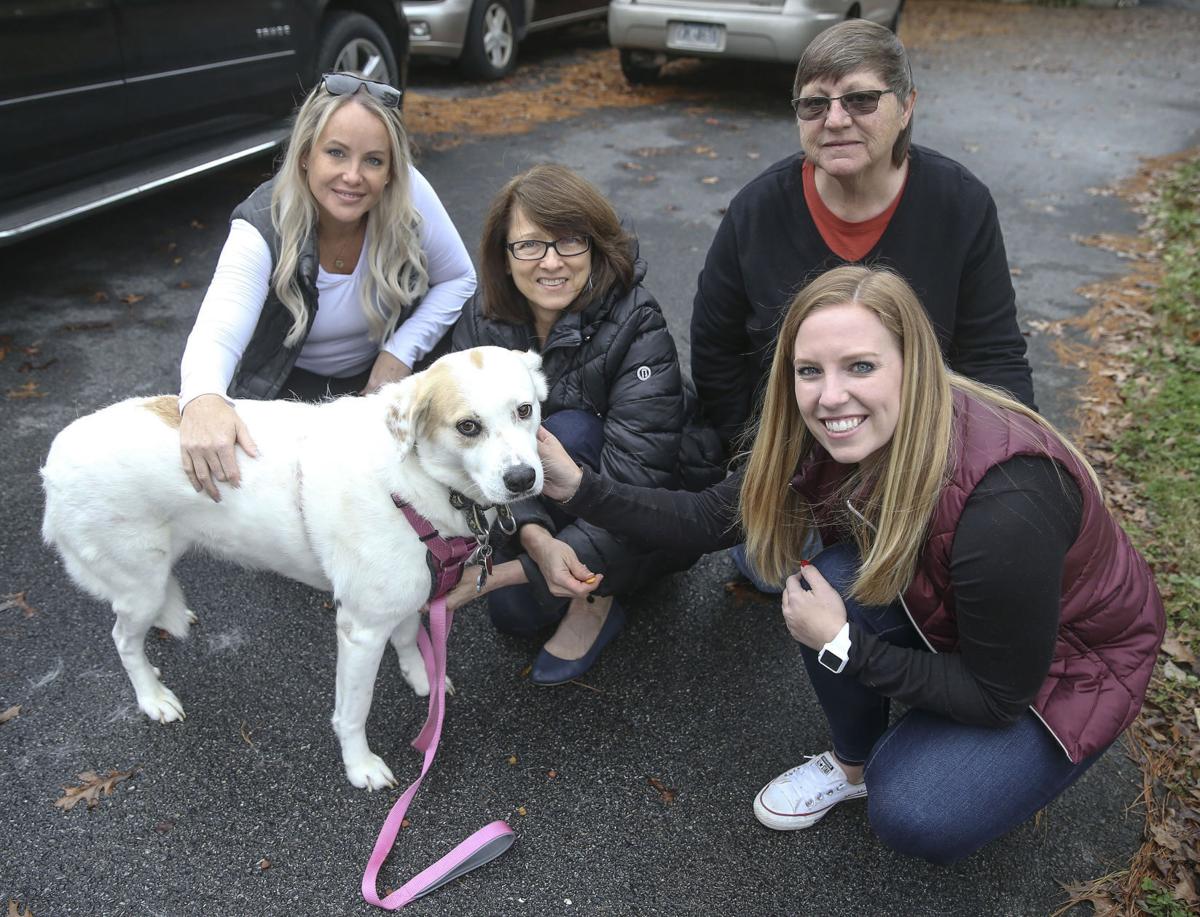 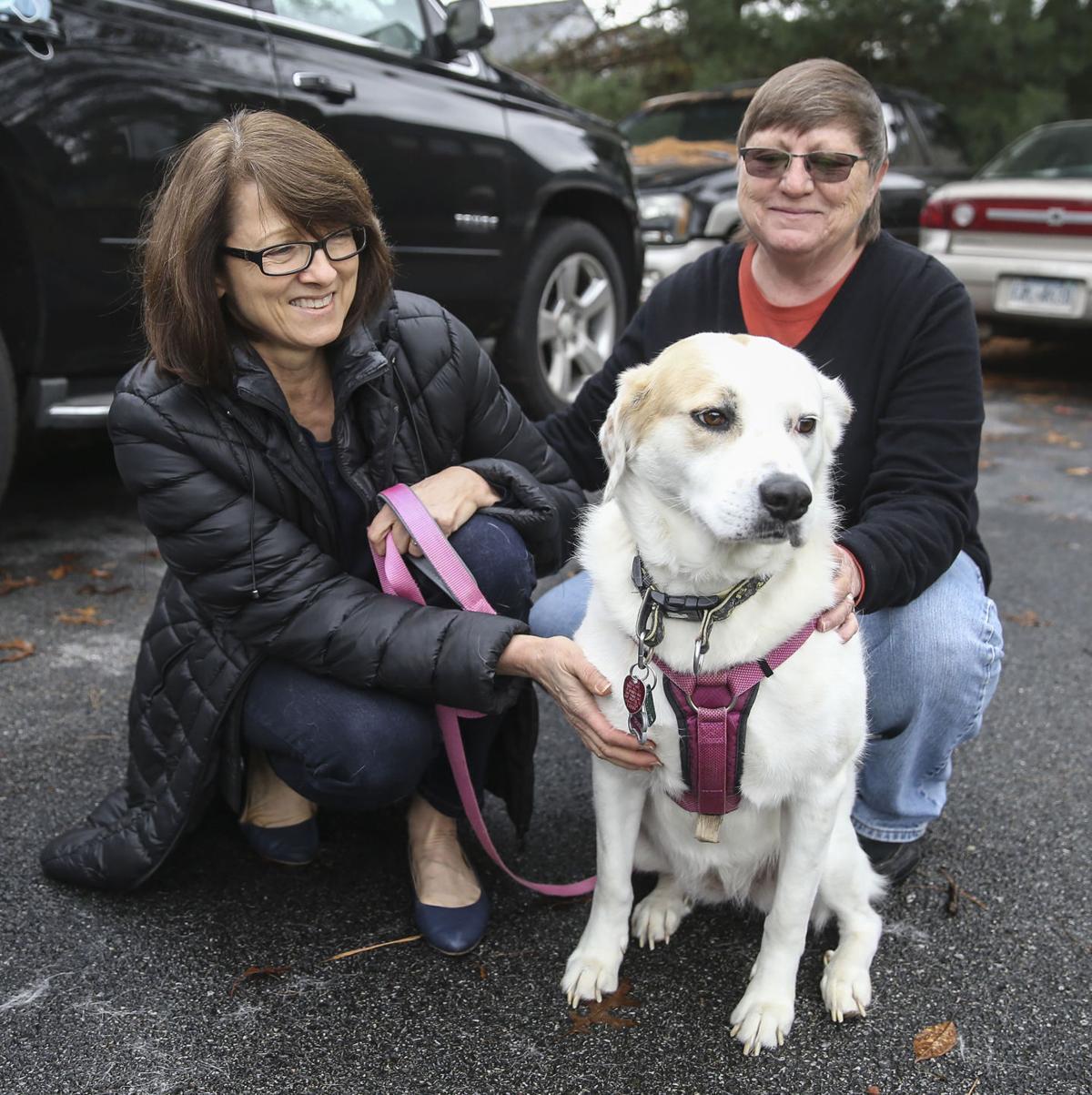 Karen Jackson (left) with her dog Trixie at her West Chester home on Friday, Oct. 30, 2020 with pet finder Cathy Herman-Harsch, who has had a pet care business in Chester County for nearly 18 years, but whose advocation has been finding lost dogs and cats. (Steven M. Falk/The Philadelphia Inquirer/TNS) 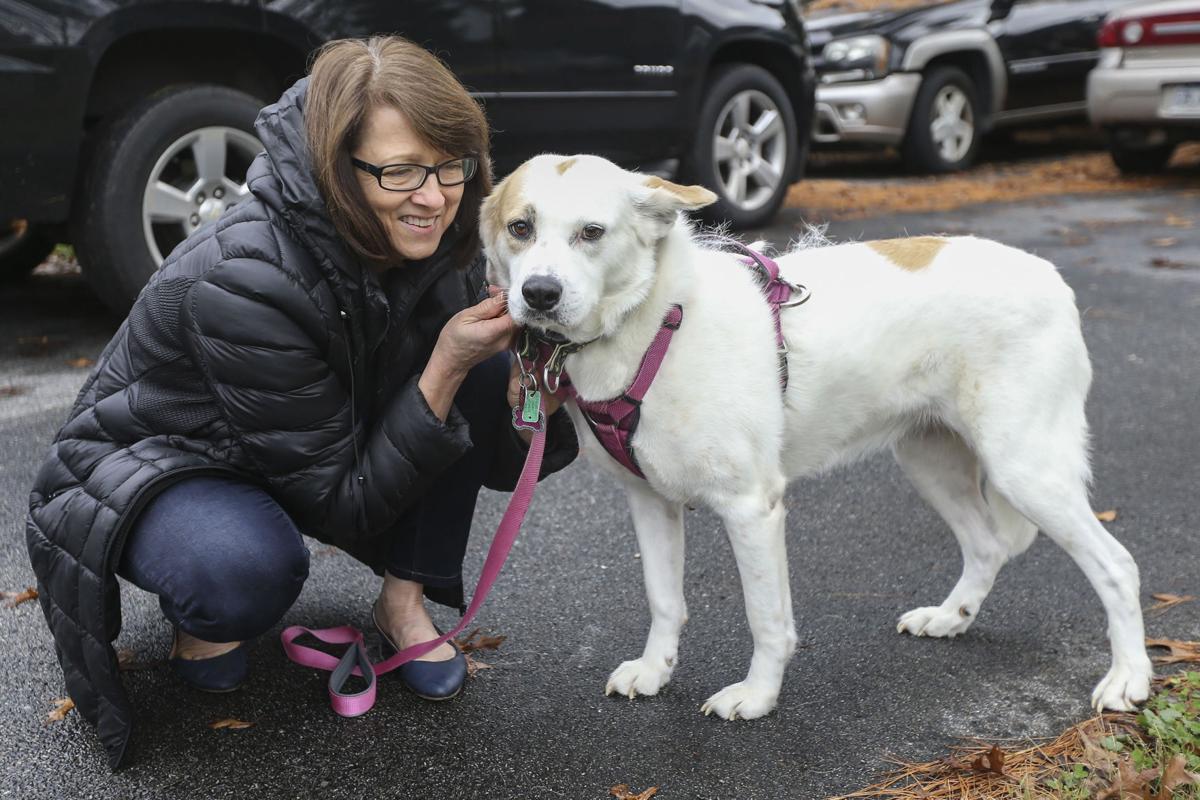