SPOKANE, Wash. — The other day Paul Knowles received a curious call from a startled woman. She was out on a hike when she ran “into a dude in the nude.”

Knowles, Spokane County’s park planner, is used to fielding calls from hikers. It’s part of his job and a part he enjoys, but this call was different.

The woman wanted to report a disrobed man. She’d been hiking on a trail in north Spokane when she’d turned a corner and seen the above-mentioned nudist ahead of her. The woman stopped and quietly backed away.

Not sure, the woman said. She had found it on AllTrails, a popular crowd-sourced trail application. Knowles did some digging. Where did she park? Where did she hike?

Turned out the woman had been unknowingly hiking on private property and the dude in the nude was enjoying a perk of owning your own land, Knowles said.

The story highlights a very real issue with the proliferation of user-generated hiking applications.

“These trails that show up on these apps aren’t vetted by anyone,” Knowles said. “And we don’t have the staff to monitor this stuff.

“It ends up being a Whac-a-Mole game.”

In addition to being illegal, trespassing can imperil ongoing land conservation efforts by angering landowners.

And over the past year-and-a-half land managers have seen the problem increase, likely driven by growth in outdoor recreation during the pandemic.

The apps aren't all bad, Knowles said. Trail apps, after all, provide real-time information on conditions and are a relatively easy entry point to outdoor recreation, a notoriously cliquey pursuit.

“As a very low-key outdoorsperson, I love AllTrails,” said Gonzaga graduate Lauren Campbell in a message. “It helps me quickly narrow down the hundreds of options to the trails that fit my very picky desires (of length, strenuousness, loop vs. out-and-back, etc.).”

But the accuracy of the apps — AllTrails, Strava and AllForks in particular — often leaves something to be desired. As illustrated by the “dude in the nude” encounter.

That’s a problem that AllTrails is aware of, said Meaghan Praznik, head of communications for AllTrails. Currently, if there is a problem with a listed trail, land managers or others have to call customer support and flag the issue, she said.

But the company — which was founded in 2010 and is headquartered in San Francisco — is in the process of building a dedicated web portal where erroneous trail information can be reported, she said.

That change is prompted, in part, by a surge in interest. Signups for AllTrails increased by 123% in 2020, Praznik said. With that growth has come more problems, an issue that the company is trying to fix by hiring more “data integrity” employees tasked with finding and flagging trails that are closed or on private property.

As of last week the company had 67 people in the “data integrity team” worldwide. Praznik declined to share the geographic areas these employees were assigned to.

The issue is hardly contained to trail apps. A profusion of GPS-enabled devices have made traditional map-and-compass skills, which for decades were a staple of every mountaineering club in the world, nearly obsolete.

But the information contained in these apps isn’t always reliable.

Google Maps, particularly in rural areas, can provide spectacularly bad information. On one recent trip to the Snake River basin Google Maps directed me — with all confidence — to drive up what can only be described as a goat path.

For Craig Romano, bad information is the biggest problem with trail apps.

“For anyone that is using it as a source to find trails, it’s not the best source,” he said.

Romano is a Washington-based author of 25 guidebooks and has a vested financial interest in the whole debate. He acknowledges that but also points out that he spends hundreds of hours researching trails, double and triple checking distance and directions.

Instead of free apps he urges hikers and other recreationists to pick up a “good book” and combine it with good web sources.

“Emphasis on good,” he said. “There are crappy books out there, too.”

The Washington Trails Association has an online database of hikes vetted by WTA employees. Romano urged hikers to look up similar regional resources and pair them with a guidebook.

There remains another important point of contention when it comes to trail apps: the impact they have on natural spaces and more broadly how they change our experience with nature.

“I would say its intention was good, just like any other social media-esque app has been, in getting people outside,” said Chris Celentano a Coeur d’Alene-based outdoor photographer. “However these things have morphed into uncontrollable monsters that have directly led to the permanent destruction of countless places on public land. They remove the effort and passion it once took to seek out a place, study it, use maps, etc.”

The Instagram effect has been well documented. Photos of pristine alpine lakes send thousands of hikers to the same handful of trailheads, leading to trash, overuse and congestion. In fact, the entire phenomenon has led to a “tagging responsibly” movement bundled under Leave No Trace Ethics.

There is another perspective. All the issues outlined above are true, said Travis Nichols, but it’s the future and it must be adapted to and embraced.

“If you want to capture the attention of people … you have to meet them where they are at,” he said.

And technology is where most people are.

Which is a good thing, said Nichols, who was a gear buyer for Mountain Gear and remains an avid student of outdoor recreation trends.

Technology tends to lower the barrier to entry, making once elite activities or institutions accessible to the masses, whether it is financial trading à la the Robinhood investment app or a trail finding app.

The problem land mangers and others are seeing now is simply a reflection of a “massive latency” between the old way of doing business and the new technologies, he said.

He imagines a world where there are no trail signs. Instead, users get all relevant information — including up-to-date condition, trail ethics reminders and reports — virtually.

“This is just the beginning of the digital interface with the outdoor environment,” he said. “Land managers really need to pick up the pace on recognizing that.”

Check out the hot spots this week.

To enhance your next exploration of the Yellowstone River, Our Montana has finished a cell phone app that will provide everything from a heads up about floating hazards to info on public access sites, state parks and historic points of interest. 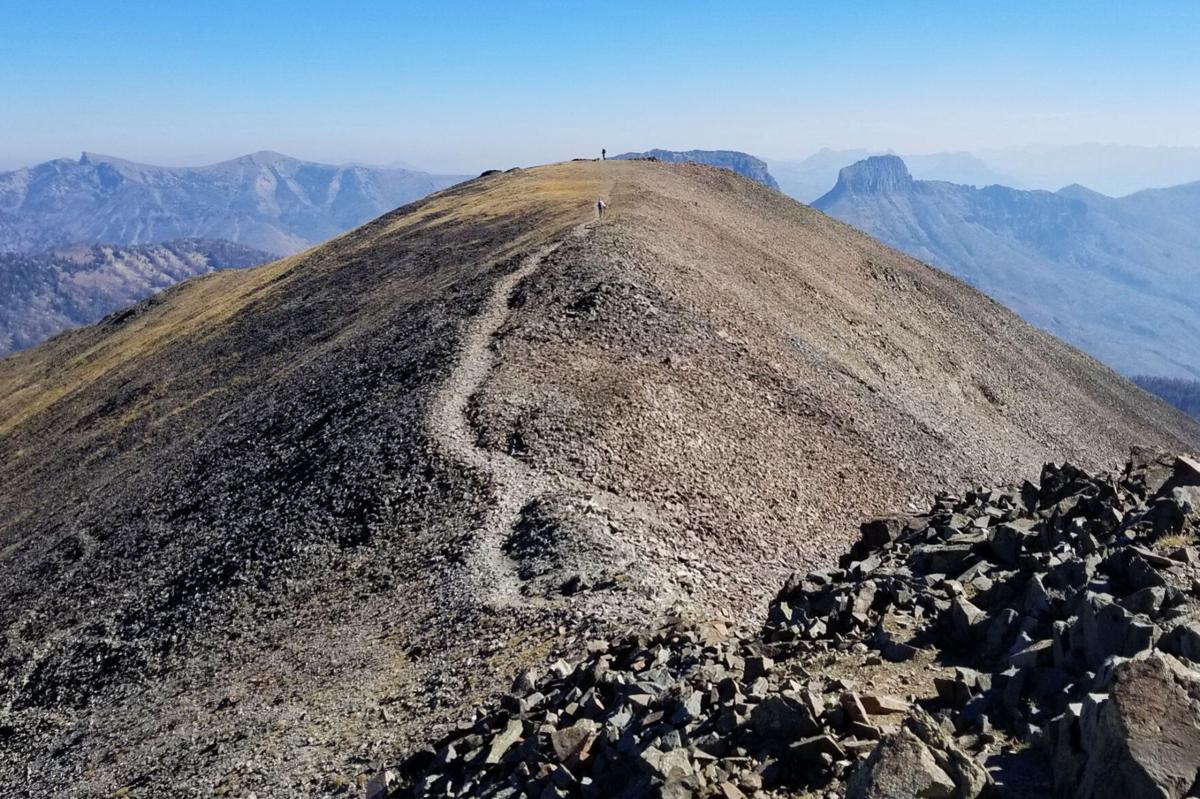 Trails criss-crossing the backcountry are now easier to find on mobile phone apps. This photo shows the trail to Avalanche Peak in Yellowstone National Park which overlooks Yellowstone Lake. 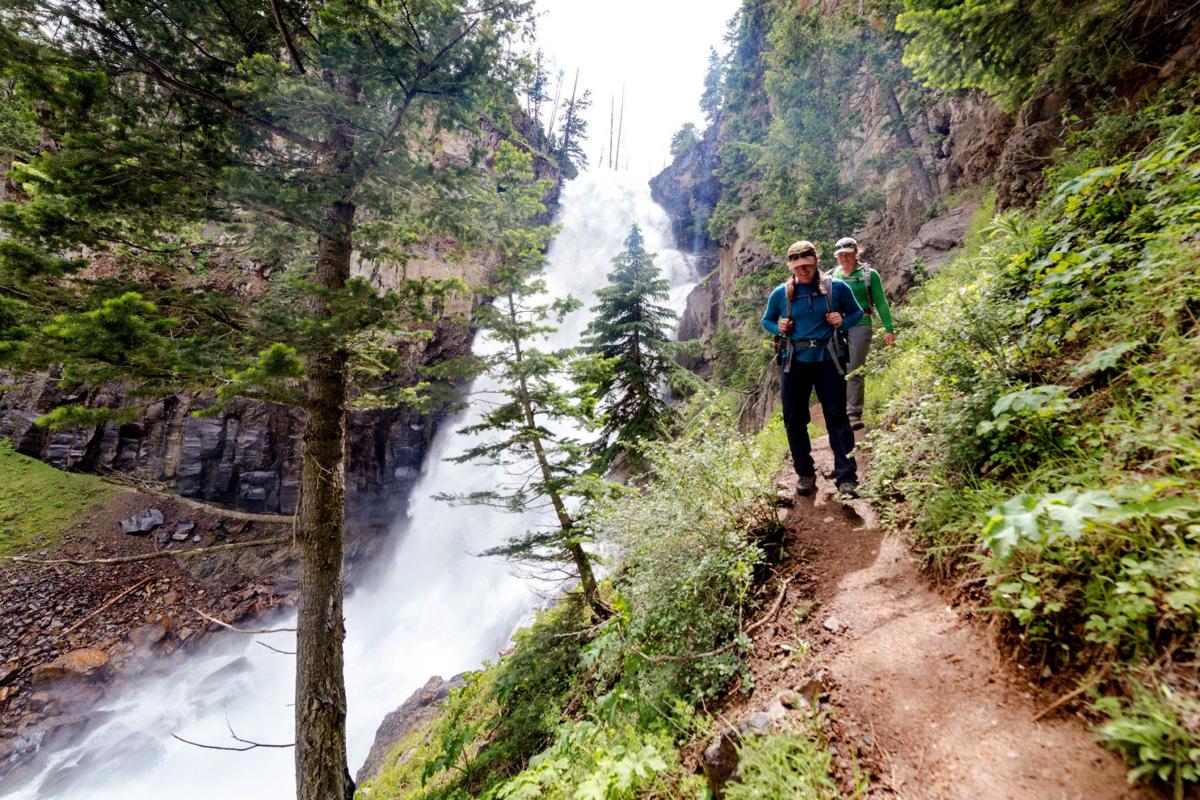 Hiking trail apps have been a boon and a curse. Some apps have no vetting for user-contributed routes that can lead to private property. On the plus side, the apps can make it easier for hikers and other trail users to find routes like this one to Osprey Falls in Yellowstone National Park. 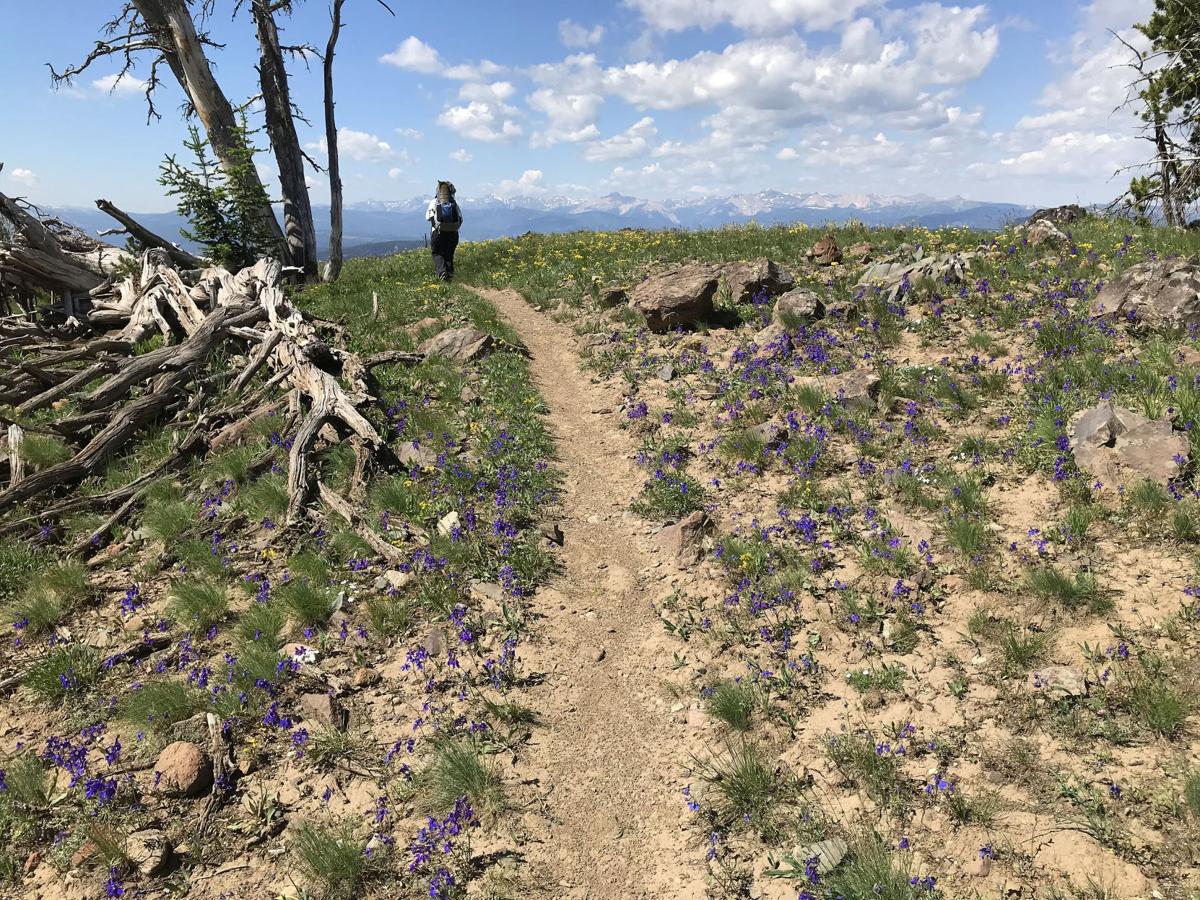 With mobile apps offering users an easier way to find trails, many hikers and other users no longer refer to more traditional sources like maps and books. 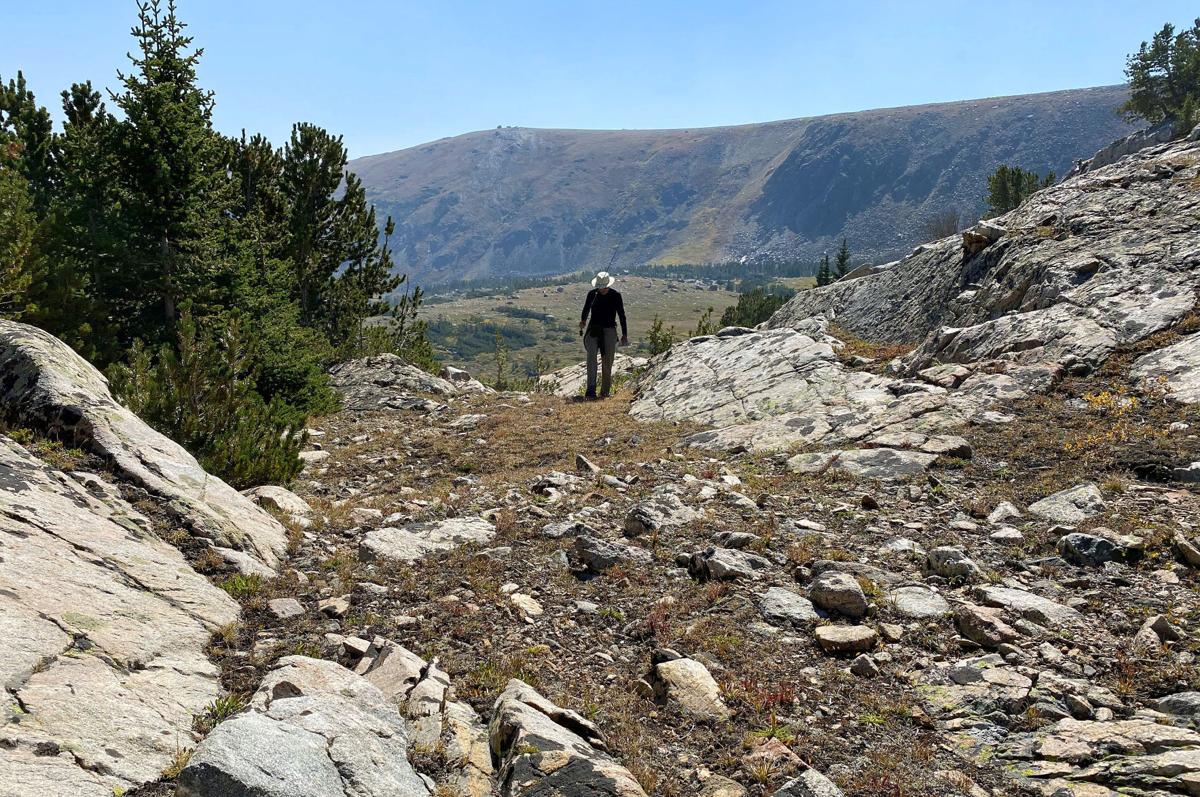 Does greater access to public lands and trails offset the lack of education for many users on how to safely and ethically recreate in the outdoors?