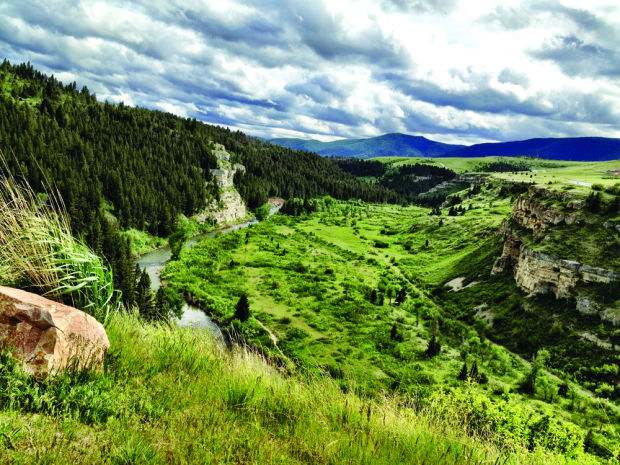 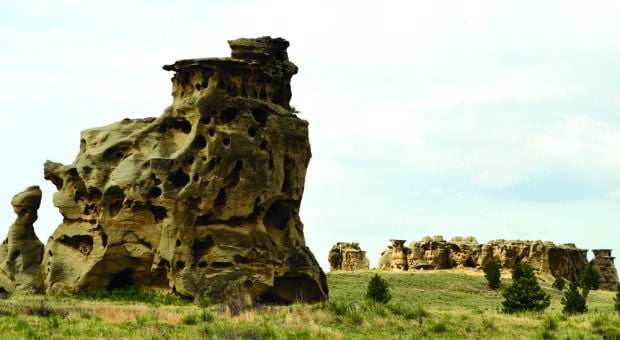 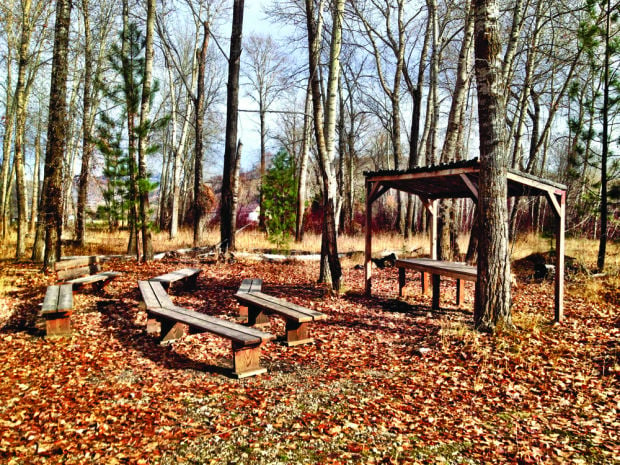 The amphitheater at Travelers’ Rest State Park near Lolo.

The amphitheater at Travelers’ Rest State Park near Lolo.

With superstars like Glacier and Yellowstone national parks highlighting the map, it’s understandable that Montana’s state parks might feel a bit starved for attention.

On the other hand, there’s strength in numbers. Erin Madison and Kristen Inbody logged thousands of miles visiting all 55 Montana State Parks between 2012 and 2013, and put their observations together in a book just in time for the institution’s 75th anniversary.

“We found the people who used the parks love them, but beyond that, it didn’t seem like folks knew them very well,” said Inbody. “They’re jewels they’d passed on the interstate a thousand times and never stopped to see.”

“I was kind of amazed how diverse the park system is,” added Madison. “There are a lot of lakes with boat access and fishing and swimming. But there are also parks dedicated to historical events or high in the mountains or things like Giant Springs.”

Inbody and Madison are both reporters for the Great Falls Tribune, and they started their research as a project for the newspaper. Reader interest in the growing stack of park stories convinced them to compile them into a book: “Montana State Parks: Complete Guide and Travel Companion.”

The effort touched all corners of the state; from Thompson Falls in the northwest to Tongue River Reservoir southeast of the Northern Cheyenne Indian Reservation, from Brush Lake east of the Fort Peck Indian Reservation to Painted Rocks Reservoir south of Darby. It took the writers 11 months to reach them all, often while on assignment for other stories with the newspaper.

“A blizzard in December is not the ideal way to see Cooney Lake,” Inbody said of the reservoir 40 minutes south of Billings. “But then some places were more special to see in winter. At Bannack, we had it mostly to ourselves, and the light of winter made it feel more like a ghost town.”

The duo finished their to-do list with a float down the Smith River, whose state park encompasses

59 miles of waterway. Inbody included it in her list of favorites at the back of the book, noting how “anglers and canoers ... alternated between gushing about the gorgeous canyon and trying to keep it a secret for themselves.”

Rarely seen Medicine Rocks State Park got a six-photo spread in the final chapter. Madison wrote she was expecting to be underwhelmed, but: “I was wrong. I think I could have spent days walking through and climbing on the rock formations.”

“Everybody has heard of Glacier or Yellowstone,” Madison said. “But the state parks really are gems. Visitors would be missing out if they didn’t stop to see them.”

B is for Boulder: There's nothing typical about this small town

BOULDER – At first glance, this community could easily pass for typical small-town Montana, …

'A' is for Anaconda: A town that perseveres

ANACONDA – There are as many as 17,000 bodies buried in Anaconda’s five cemeteries, some of the graveyards sprawling across hillsides overlooking the one-time company town, and you might think all those headstones an apt metaphor.

When the Wilderness Act was passed in 1964, NASA was sending astronauts into space guided by…

150th anniversary of Montana Territory: Revisiting the history behind our name

GREAT FALLS – This year marks the 50th anniversary of the Wilderness Act, a piece of legisla…

Devil's Glen one of many Montana areas considered for wilderness designation

AUGUSTA – Would the Devil’s Glen make a good present for the 50th anniversary of the Wilderness Act? The 16,000-acre strip of Dearborn River canyon at the southern edge of the Rocky Mountain Front makes an awesome postcard.