The Bureau of Land Management’s Billings Field Office will push back the comment deadline on its new Travel Management Plan for the Pryor Mountains after criticism of its failure to notify the public.

The document was published on the BLM’s ePlanning website Nov. 15 with the comment period set to end Dec. 6, but no news release was issued notifying the public the plan was even available for comment.

“It used to be no matter what,” we put out a news release, said Dave Lefevre, Billings Field Office manager. But, he said the agency’s new online planning site, called ePlanning, now satisfies that requirement for public notification.

“We wrestled with this a lot,” he added. “Looking back, I would have done it differently.”

The lack of communication drew condemnation from a state environmental group, which may have been the only ones to notice the new document.

“The BLM never made any sort of public statement about the EA, which is indicative of their disregard for public input,” said Alex Blackmer, communications manager for the Montana Wilderness Association, in an email.

One of the reasons Lefevre said he should have posted a public notice is that the Montana Wilderness Association noted the BLM’s proposal to allow electric bikes, or e-bikes, on nonmotorized trails in the Pryor Mountains. Consequently, Lefevre said the comments flowing into the BLM have been one-sided against allowing that move.

The MWA issued a press release on Monday calling on its members to quickly comment before what had been a Friday deadline. Given the amount of interest the MWA outreach generated, Lefevre decided to extend the comment period to Jan. 6. The public can comment via the ePlanning site.

The BLM proposal to allow e-bikes on nonmotorized trails was related to an executive order by Secretary of Interior David Bernhardt. Issued in August, the directive said low-power, pedal-assisted e-bikes should be allowed on the same trails where traditional bikes are allowed on federal lands.

“By issuing this secretarial order, Secretary Bernhardt has essentially taken decisions about how to manage our local BLM trails out of the hands of local BLM officials,” said Mike Penfold, former Montana and Dakotas BLM director, in the MWA press release. “These orders coming from D.C. make it impossible for BLM staff to make informed on-the-ground decisions about what should be allowed where. These trails are unique, and staff need to be able to make site-specific decisions about appropriate uses without being handcuffed by one-size-fits-all orders from D.C.”

Lefevre said the public had plenty of opportunities to comment prior to 2015 when the Resource Management Plan for Pryor Mountains was finalized. However, the BLM delayed a decision on travel management. That’s not unusual to separate the two, he said.

“Travel is really controversial, and we didn’t want the RMP to get hung up on travel management decisions,” Lefevre said.

That worked out in BLM’s favor, he added, since the agency had lost some lawsuits in other regions where cultural resource inventories weren’t extensive enough. So the Billings Field Office staff had time to make sure that part of the plan was well considered in the Pryors.

“We had to put boots on the ground so we knew what we were talking about,” he said, one of the reasons it took four years to finalize the document.

The BLM has also been working with the Beartooth Ranger District, which has adjoining land, to ensure that routes were connected between the two. Signing has been installed and new kiosks are planned to help direct motorized users, as well as trail rehabilitation and the building of one new route to keep roads on BLM property.

The Pryor Mountains are an isolated range about 70 miles south of Billings. Rugged, dry and carved by deep canyons, the Pryors rise from the high desert in the rain shadow east of the more dominating Beartooth Mountains. Alpine meadows and evergreen forests claim the top of the peaks, which rise above 8,500 feet. Most popular with visitors is the Pryor Mountain Wild Horse Range, atop the eastern end of the mountains.

Conservation groups have long fought to designate portions of the Pryor Mountains wilderness, or at least protect them from motorized use. Under the current management plan, 21,880 acres are protected in three wilderness study areas across the more than 80,000 acres managed by the BLM.

According to the plan, “The Demijohn Loop Extension Route and Sykes Arch Route were proposed by the public and would be designated as non-motorized. The proposed Demijohn Loop Extension Route would add a 4.3 mile segment to create a loop with the existing route. ... The proposed Sykes Arch Route would be approximately two miles long and located on the eastern edge of the TMA. The trailhead would be on the Bighorn Canyon National Recreation Area, almost a mile of the trail would extend beyond the TMA boundary onto NPS lands.”

In addition, “Timber Canyon Ridge route segments PM 1122 and 1123 would be changed from open to limited administrative use,” according to the plan.

“The Proposed Action would also include the implementation of seasonal closures, speed limits, proposed maintenance intensities, education, enforcement, signage, and other (travel management plan) components. It would maintain connection to USFS routes.”

“Historically, a public process conducted by public land managers would have preceded decisions like this one about e-bikes,” said Aubrey Bertram, Eastern Montana field director at Montana Wilderness Association, in the press release. “That process that would have involved all impacted user groups and allowed them to lay out their concerns, and it would have involved a site-specific analysis of how e-bikes could affect safety, other trail users, and natural and cultural resources. Instead, we just get this directive from on high that cuts the public out of the process entirely. ”

To read the planning document click the link in this story online.

BLM has no designated motor-free hiking trails in the Pryors. (The Forest Service has just one - less than two miles.) BLM’s proposed Travel Plan designates only a couple dozen miles of interesting motor-free trails. Unfortunately, BLM may open many of these new trails to mountain bikes. 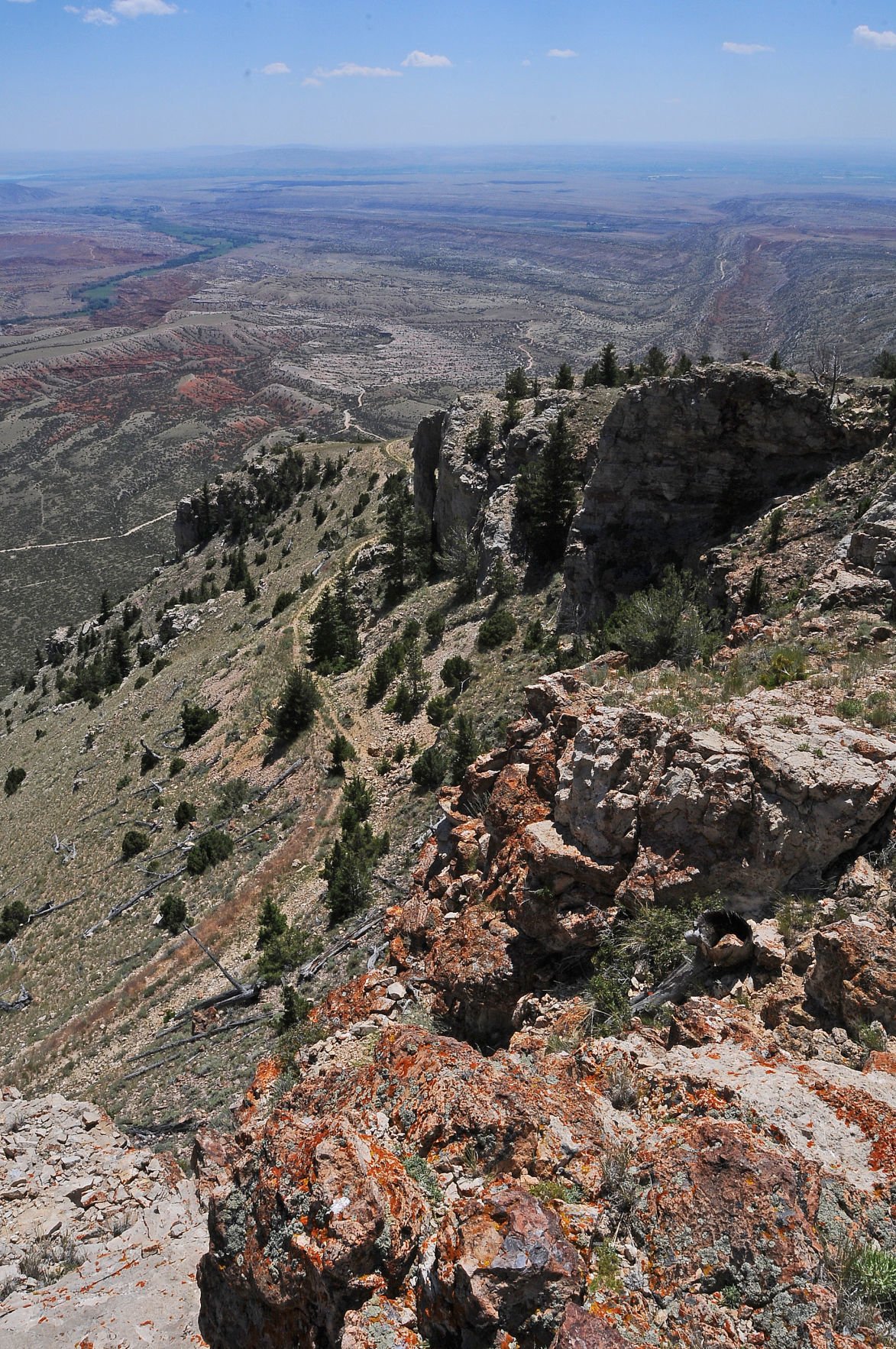 A rocky ridge marks the edge of the West Pryor Mountains at the drop-off above Crooked Creek. 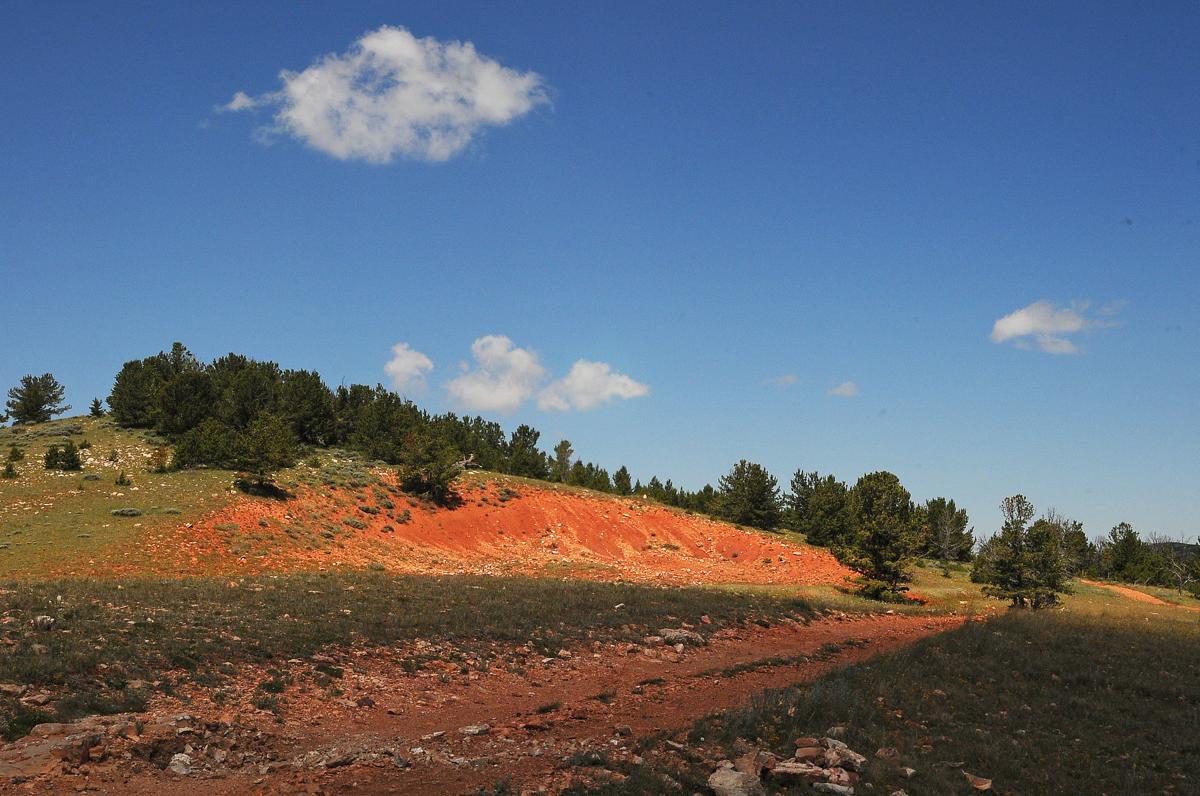 Red clay is the source of the name for Red Pryor Mountain, and the nearby Red Waffle fire that scorched much of the timber in the area in 2002. 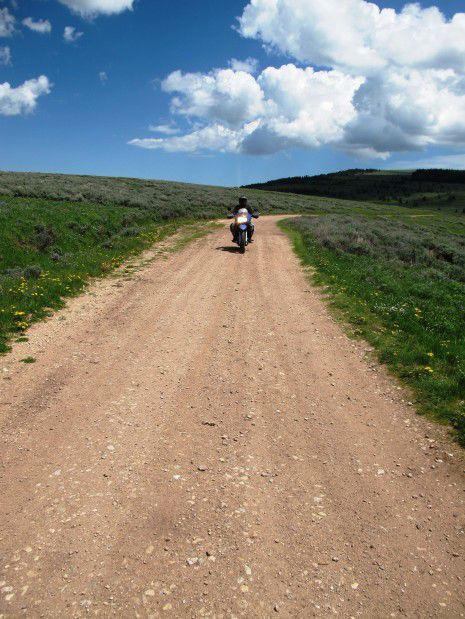 Roads crisscross the Pryor Mountains and the property of the BLM and Forest Service. 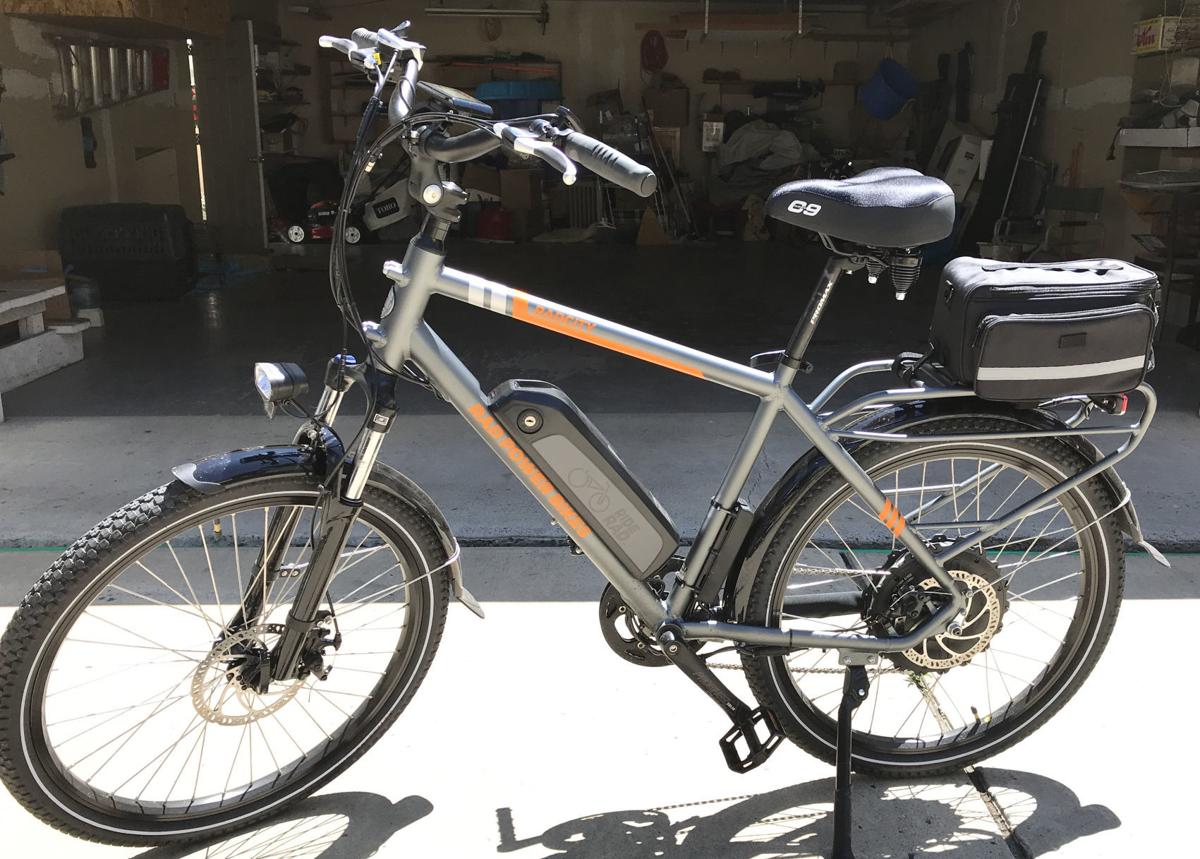 This commuter ebike from Rad Power Bikes features disc brakes and three speeds to aid in pedaling. The battery can be removed for charging or charged on the bike.

The 850 trail sign at this BLM-Forest Service boundary will be a relic of the past as the agencies work together to make the routes the same number even when they cross boundaries. Jenny Alexander, at left, is the BLM recreation officer, and Jeff Gildehaus, at right oversees recreation for the Beartooth Ranger District.