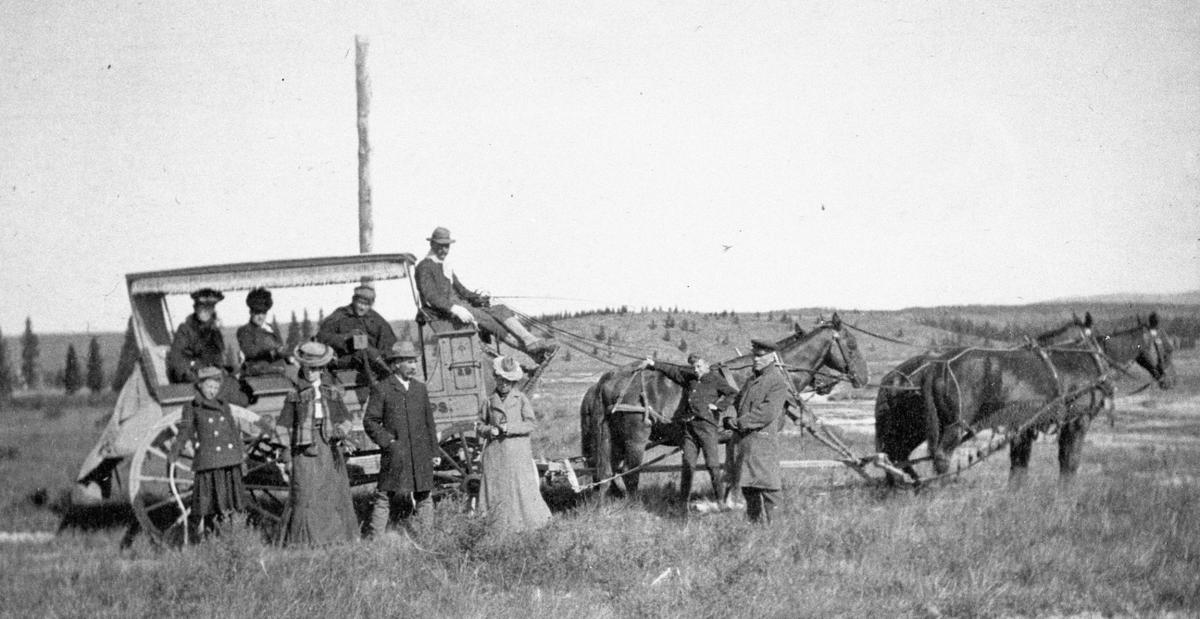 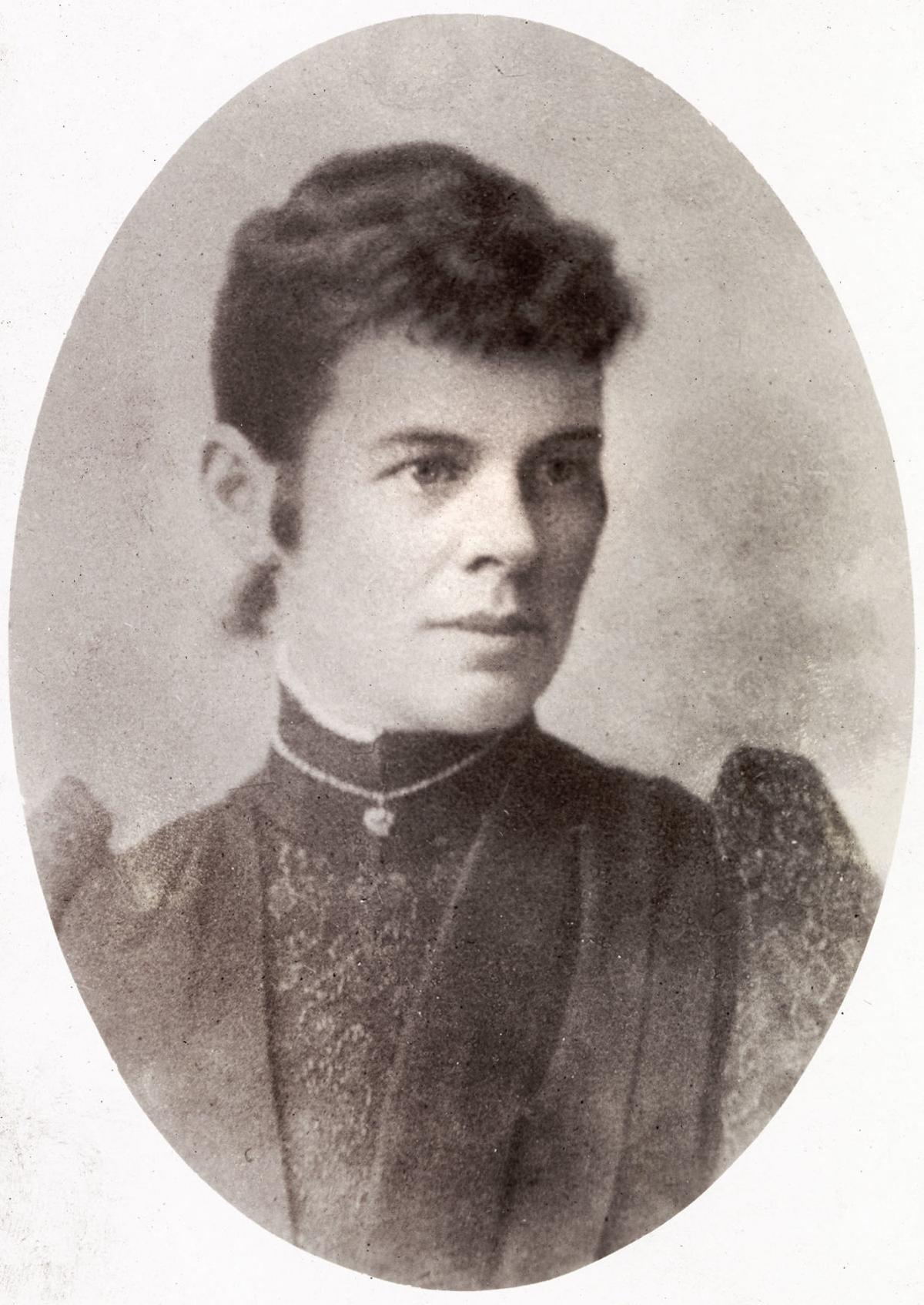 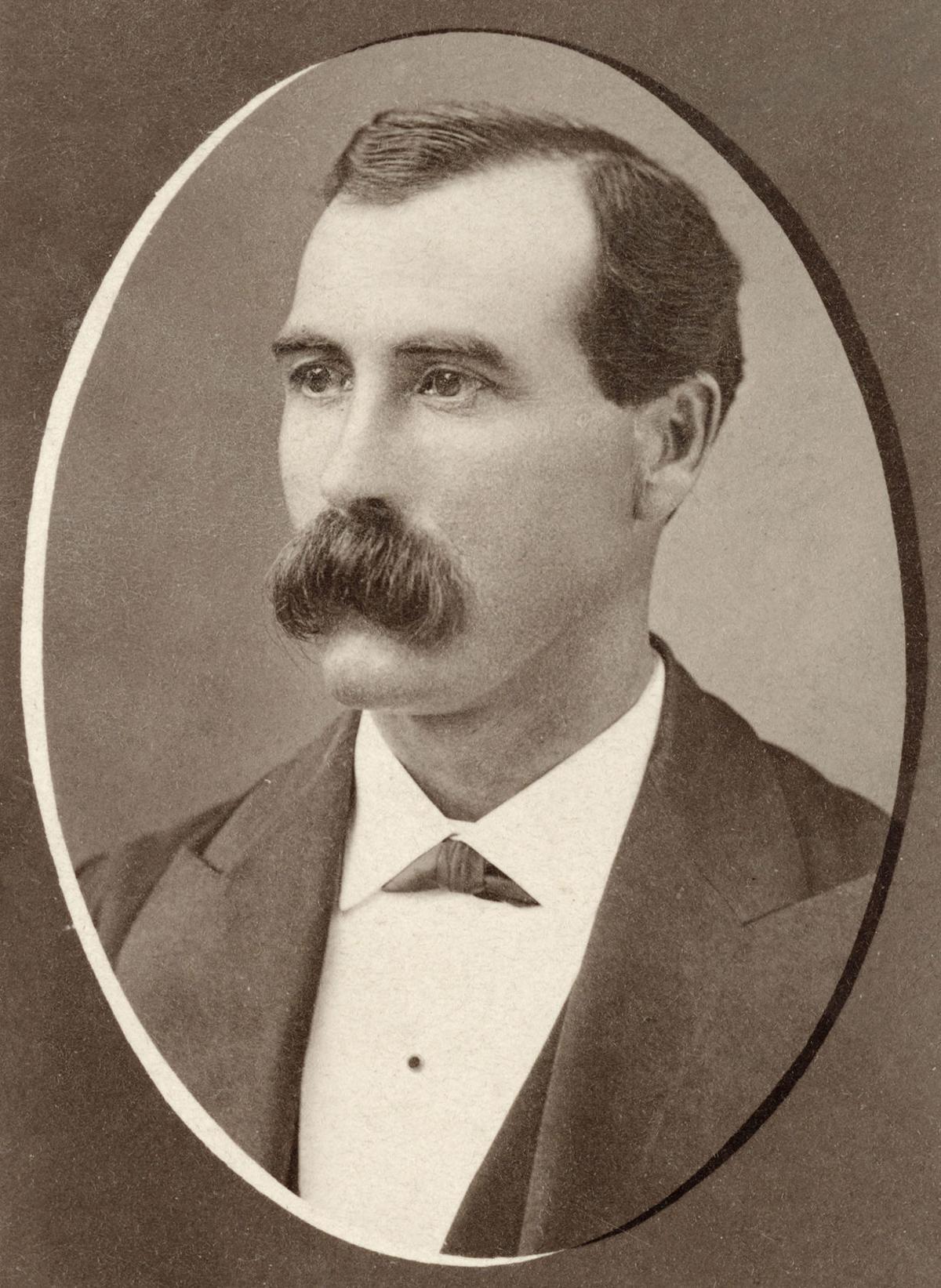 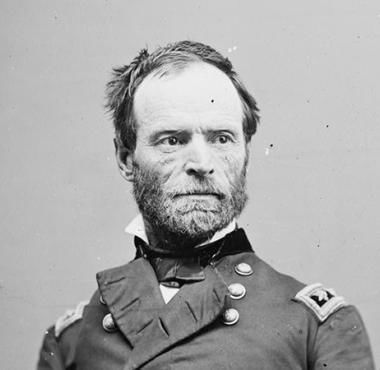 There was an amazing cast of characters visiting Yellowstone National Park in August of 1877, which is surprising given the difficulty of travel into the remote region at the time.

Only five years after Congress created the nation’s first national park, Gen. William Tecumseh Sherman, at age 57, was sightseeing. It had been 12 years since the Civil War, a period in which Sherman gained rank and notoriety, including prominence for a destructive scorched-earth march into Georgia that ended with the capture of Atlanta.

Guiding other tourists into the park that August was 31-year-old John Burwell “Texas Jack” Omohundro, a fellow scout and close friend of Buffalo Bill Cody. Together they would appear on a Chicago stage in a play that launched Cody’s fame and eventually led to his Wild West show.

What made that month of 1877 particularly noteworthy, though, was the flight of 800 Nez Perce tribal members from their homelands along the border of what are now the states of Washington and Idaho. They detoured into Yellowstone after a brutal attack by Col. John Gibbon’s troops along the banks of the Big Hole River on Aug. 9. The names of well-known tribal members such as Joseph, Poker Joe, White Bird and Looking Glass are now memorialized at Montana locations, particularly in the Bitterroot Valley.

Former reporter, journalism professor and author Mark Miller weaves together the events that brought notable people of that time together in his recently published book “Encounters in Yellowstone, The Nez Perce Summer of 1877,” published by Two Dot Press. It is his fourth book.

“Miller spent five years digging through journals, reminisces and newspaper accounts to ferret out these stories and weave them into a coherent narrative,” according to a press release.

In an interview he compared the many stories to pieces of a jigsaw puzzle, with a few missing, which made it more difficult to piece together.

“The other thing challenging was to get the details right,” he said. “Historians compress it down to a few pages,” but he was dealing with seven or eight personal accounts that required study to determine when each person was talking about a similar incident.

“I worked hard to try and get things right and make it an engaging story simultaneously,” Miller said.

Included in the account is the Nez Perce capture of siblings Emma Cowan, Ida and Frank Carpenter, residents of Radersburg and Helena who were vacationing in the Lower Geyser Basin at the wrong time. Had they left a day earlier the group might have avoided the traveling Indians.

“Emma’s story is clearly the best of the bunch,” Miller said. Luckily he was able to work from her personal account, published years later.

Among Emma’s party was George Cowan, her new husband, who was shot three times by Nez Perce warriors — once in the head — and still managed to survive on his own for a week before being “rescued” by Gen. Oliver Otis Howard’s soldiers who were pursuing the Indians from Idaho.

Miller’s account of that rescue paints a disdainful picture of the treatment Cowan received. He quotes Cowan’s reminiscence which said in part, “I cannot thank any of Howard’s surgeons for my recovery, as (his friend A.J.) Arnold could get no one to come to see me. One would send him to another, and he finally learned that they had all gone off with General Howard to see the geysers. The general and his staff were picnicking while settlers were being killed or dying all around them.”

After finding out via messenger that the Nez Perce had freed his wife and her siblings, Cowan asked to be driven directly to Bozeman where they were recuperating. Howard declined, saying Cowan needed “the best of medical attendance.”

“The treatment he received,” Arnold said, “was to be placed in an old wagon and jolted over the worst road that ever was passed over by a wagon. The officers and surgeons would have let him rot alive. Some of the teamsters gave him underclothing that was a great service to him, as his wounds discharged a great deal.”

Amazingly, Cowan survived and even returned with Emma to the scene of his near-death experience in 1901.

Miller gained his interest in Yellowstone’s history while growing up on a ranch near Silver Star, a small community between Whitehall and Twin Bridges along the Jefferson River. His ancestors had arrived in the state four generations earlier.

His great-great-grandfather had a contract to survey in Yellowstone National Park.

“So the Yellowstone Park connection runs back a long time,” Miller said.

“His interest in early park travel began when he was a little boy listening to his grandmother’s tales of cooking bread in hot springs and throwing red flannel underwear into geysers to tint the next eruption pink,” according to his author profile.

A University of Montana journalism graduate, Miller worked as a reporter and editor for newspapers in Utah and Kentucky. After earning a doctorate he became a journalism professor at the universities of Wisconsin and Tennessee. He has lived in Bozeman since 2003.

“I started looking around for things to write and discovered all of these Yellowstone stories out there and became hooked,” he said.

He just submitted another manuscript to his publisher about early accounts of travels to Yellowstone written by women and has plans to tackle the 1870 Washburn expedition into the park.

“I sift through a lot of trash to find the nuggets,” Miller said. “I compare it to mining the tailings; that’s a pretty good metaphor for what I do.”

“There probably were some more that never left accounts,” he said.

Among the interesting folk were Texas Jack Omohundro and Gen. William Tecumseh Sherman.

Sherman had arrived in Montana via the steamboat Rosebud, travelling up the Missouri and then Yellowstone and Bighorn rivers to inspect forts being constructed along the way. From the Bighorn he rode with a company of cavalry to Fort Ellis, near Bozeman, where word of the Nez Perce’s flight through the Bitterroot reached him. Confident his commanders needed no help and that the Nez Perce were too superstitious to enter the geyser lands, on Aug. 4 he rode up the Yellowstone Valley with a party of 10 to tour the park for 10 days. At the time he was the commanding general of the U.S. Army.

Texas Jack was leading an English physician through the park when the Nez Perce passed through. Although avoiding the main party, Texas Jack reported that he helped guard a small group of Helena tourists who had been attacked and were wounded. The party was making its way to Fort Ellis when Texas Jack reported spotted Indians trailing the group. Miller wrote that the scout volunteered to go back and “give those Indians a shot or two.” Returning with a questionable bullet hole in his stirrup, Miller wrote, “Apparently, Texas Jack was trying to build his reputation as an Indian fighter so he could promote the Wild West stage show he starred in…”

Noted Montana pioneer Nelson Story was also in the park that August, encountering Frank Carpenter and other members of the Radersburg party before their encounter with the Nez Perce.