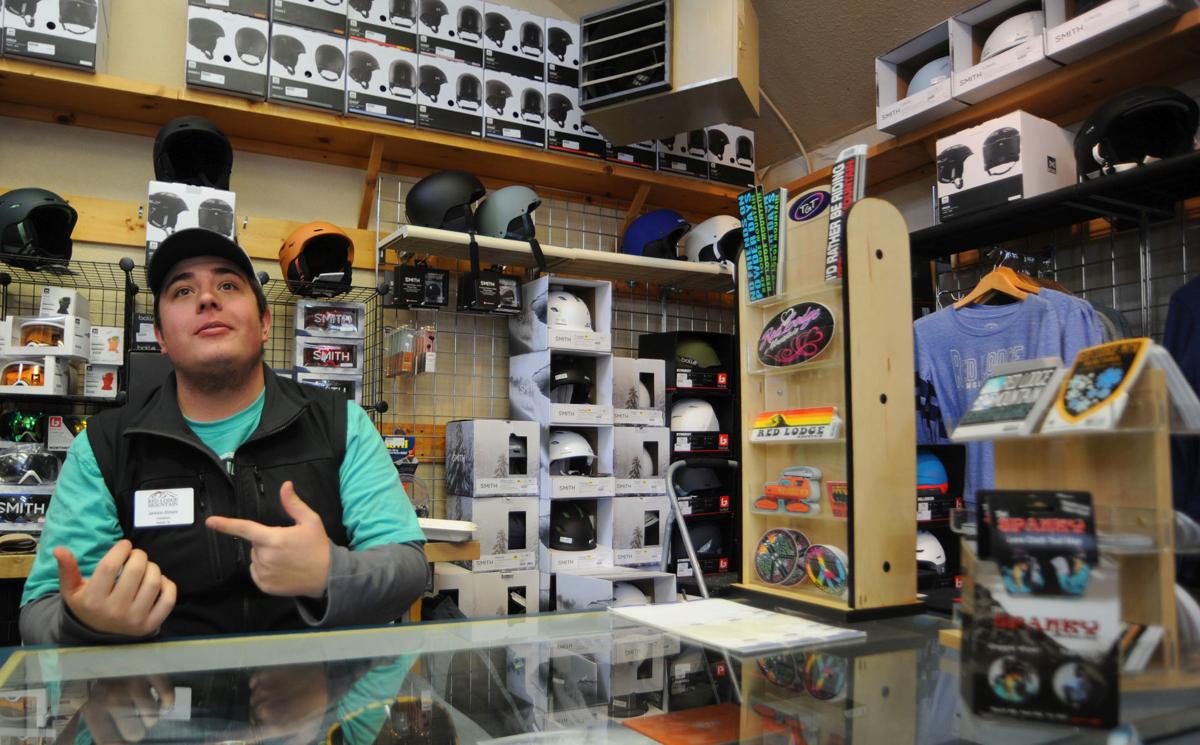 Jackson Elmore moved from Alabama to work this winter at Red Lodge Mountain in the ski shop. Elmore said he enjoys the cooler weather. "I'm a bit of a bigger dude, so I get tired of the heat," he said. 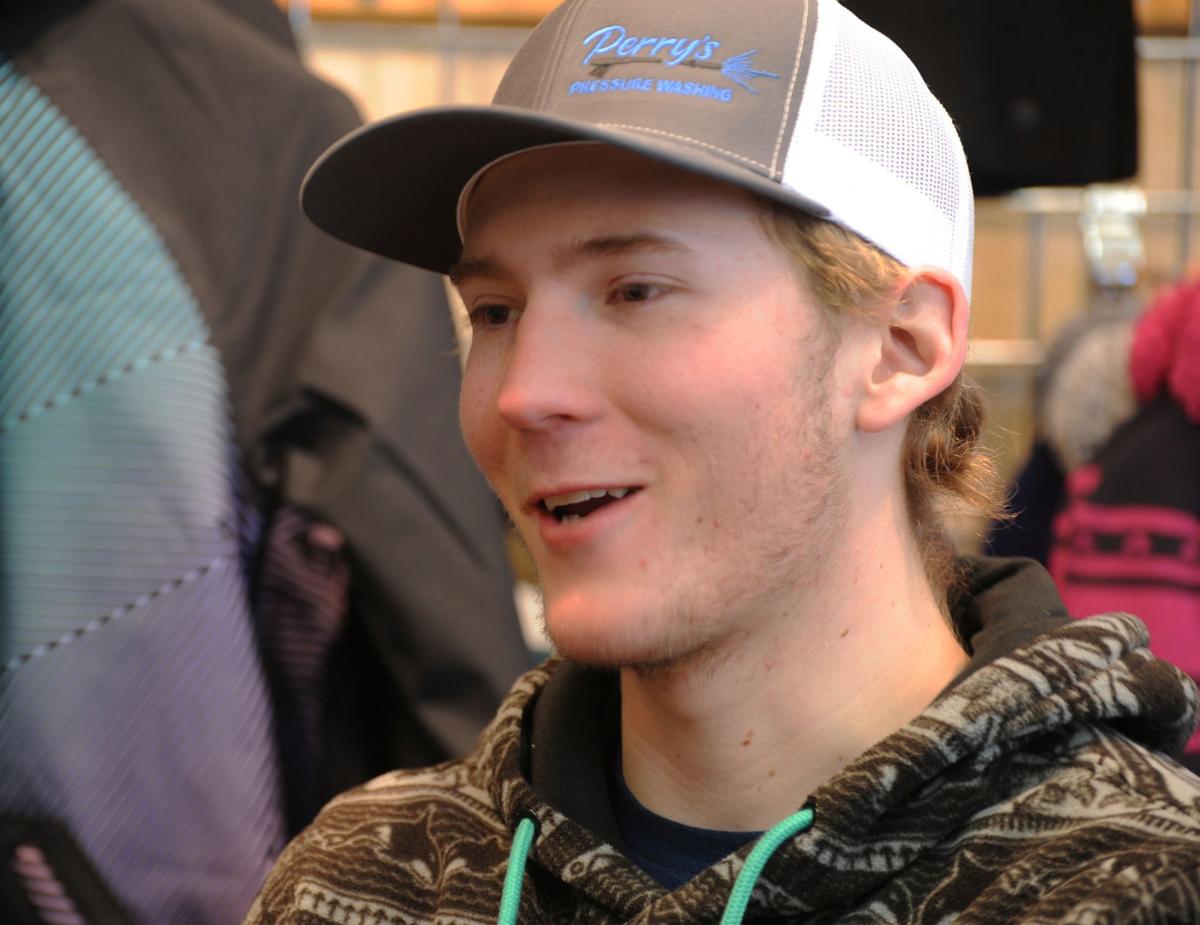 Commuting from Billings to Red Lodge Mountain for work didn't appeal to Cooper McCullough, so he applied for housing supplied through his employer at a Forest Service 'bunkhouse.' He is one of 11 individuals to live at the residence. 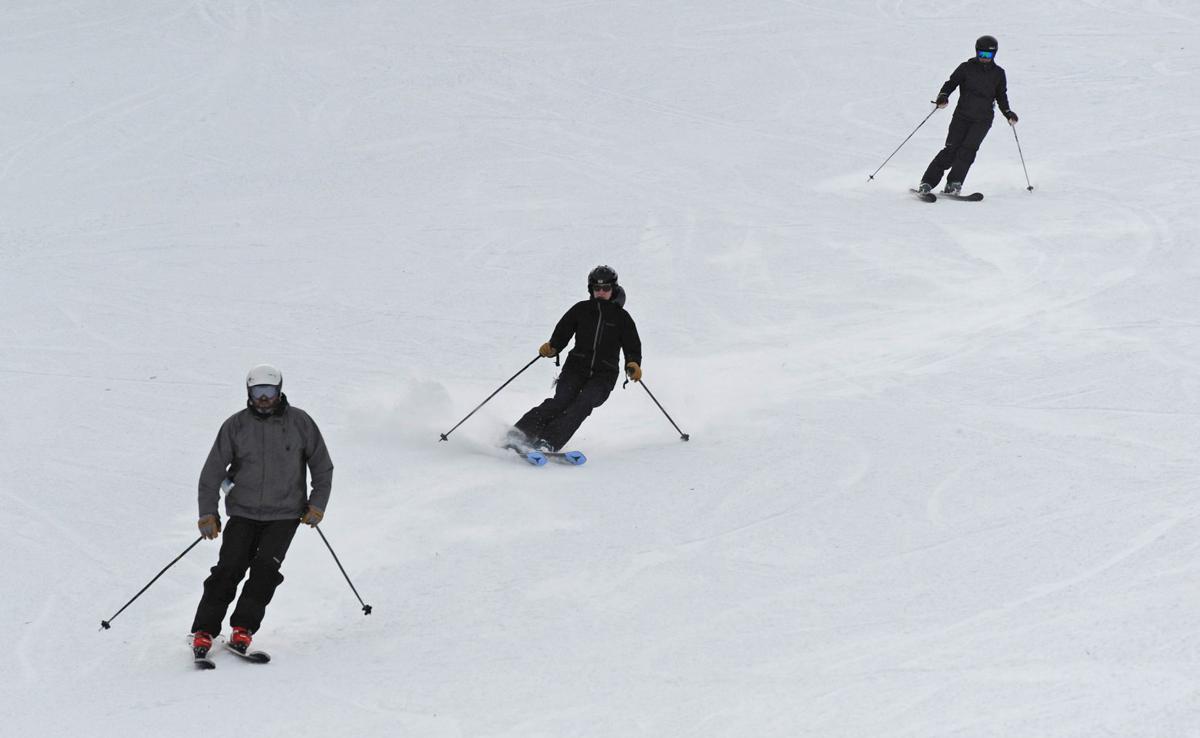 Skiers descend Red Lodge Mountain last week. The ski area in south-central Montana employs about 210 people in the winter, about 70% of which are return employees. 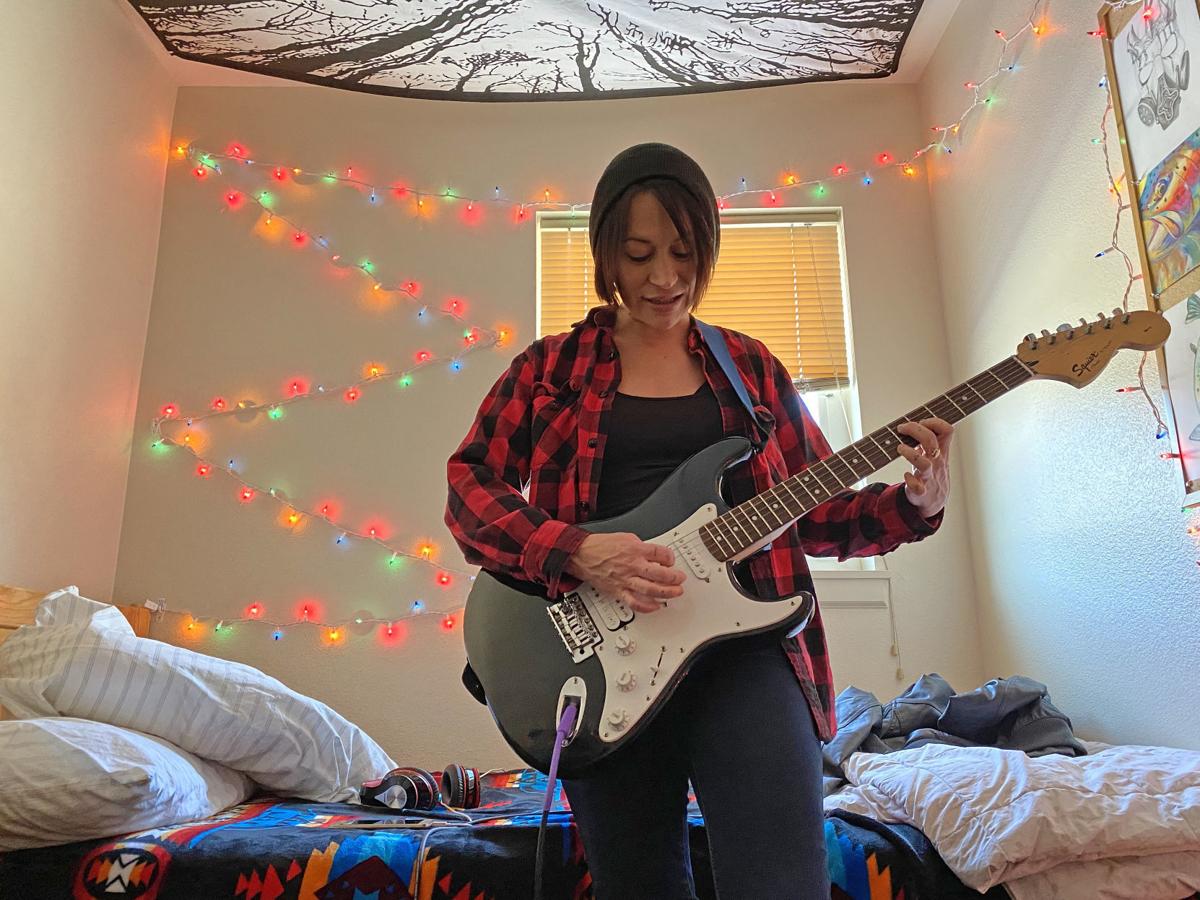 Nashami Le practices on her electric guitar after buying a new used amp. Le was one of the first Red Lodge Mountain employees to arrive at the Forest Service 'bunkhouse' and made other new arrivals feel welcome, according to Jessica Howell, RLM human resources manager. 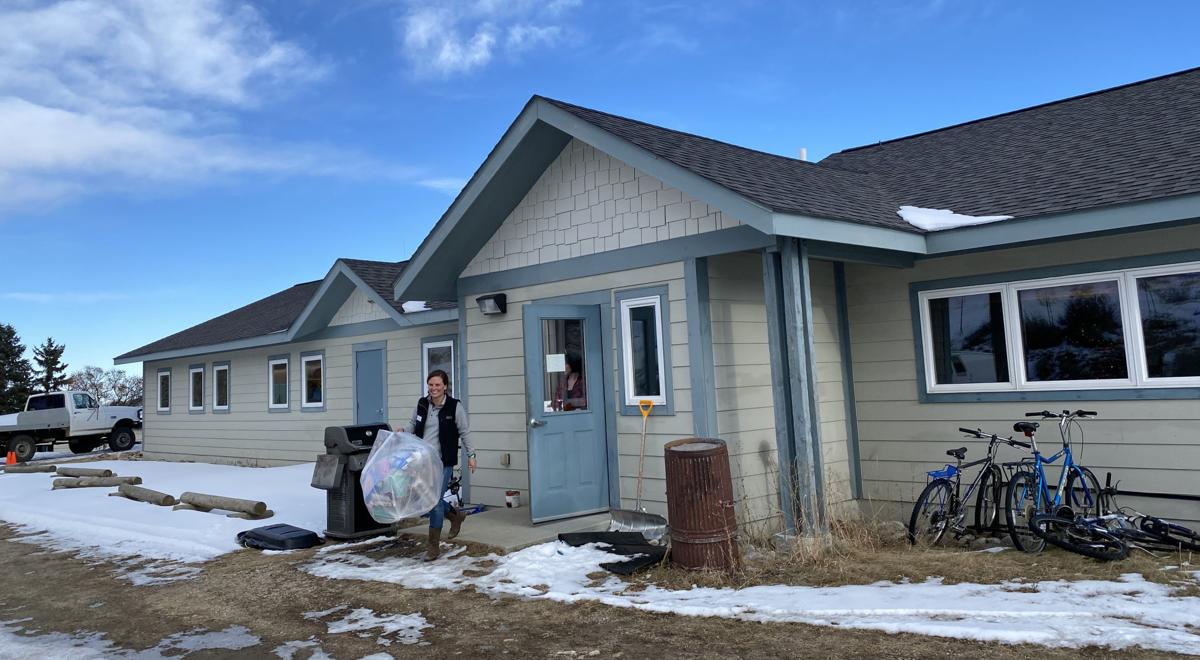 Jessica Howell packs out recyclables from the Forest Service bunkhouse that serves as housing for 11 Red Lodge Mountain winter employees. 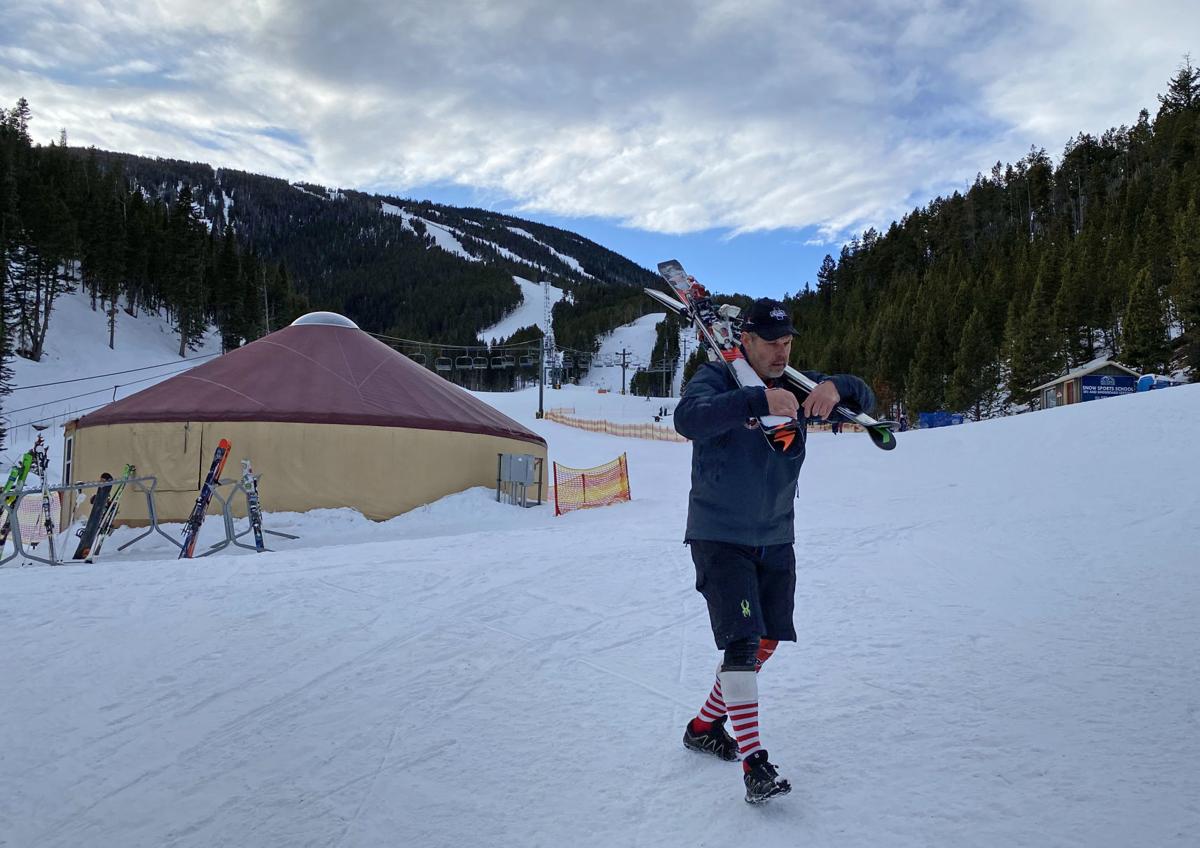 Red Lodge Mountain is open seven days a week through the winter to skiers and snowboarders. The ski area is located just outside the community of Red Lodge. 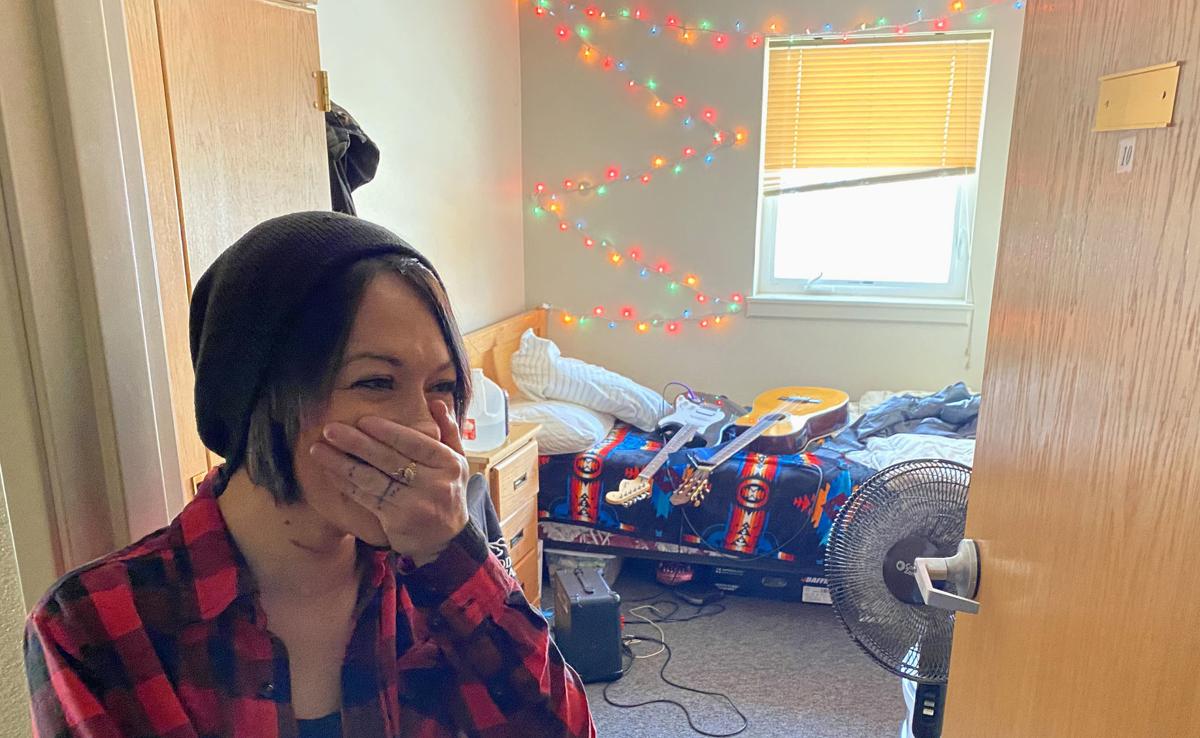 Nashami Le took it upon herself to be the greeter at the 'bunkhouse' this winter.

After seriously injuring her spine from falling on ice, having her camper’s roof torn off in a windstorm and spending six months alone while recovering from spinal surgery, Nashami Le was looking for some stability in her gypsy life.

For Le, a 36-year-old Red Lodge Mountain seasonal worker, her employer was able to help out by providing a job as well as inexpensive housing through the winter.

“For the price, you can’t find anything like this,” she said.

Red Lodge Mountain provided the housing for Le and 10 others via an agreement with the Custer Gallatin National Forest’s Beartooth Ranger District. In 2006 the district built a 12 bedroom, three bath “bunkhouse” on its property in Red Lodge for summer seasonal workers. Those are the folks hired to fight fires, build trails and do other work.

“These guys went after it,” Schmidt said of the local forest officials. “Hopefully we can keep it going.”

“The funds to maintain forest facilities is pretty scarce these days,” he said. “Red Lodge Mountain pays us for use and we pile it back into maintenance of those facilities and others.

“It’s not a huge amount of money, but it is a shot in the arm for us.”

The dorm-like rooms are rented to Red Lodge Mountain workers for $10 a day, or $300 to $310 a month. No lease is required, so the residents can leave at any time if they find other housing in the community. All utilities are included in the price, and the residents have access to a common kitchen, living room and laundry.

Compare that to a cost of almost $700 for a one-bedroom home, or $400 for a studio apartment, according to recent rental listings found online.

Jackson Elmore, of Hoover, Alabama, said the ability to get reasonably priced housing was a big factor in his deciding to make the 28-hour drive to a community he had never seen before. He is working in RLM’s ski shop.

Instead of creating animosity, living close together has promoted the group’s closeness. They’ve watched serial movies like “Rocky,” created a Thanksgiving dinner potluck, played bingo, went to open mic night and hiked into the forest to cut a Christmas tree.

Cooper McCullough didn’t have to drive 28 hours to reach Red Lodge, but the offer of housing close to the mountain was still a great attraction for the 19-year-old Lockwood lift operator.

A company shuttle picks up the workers so residents don’t even have to drive up to the mountain.

Being the only local has made McCullough somewhat of a wise man when it comes to advice about how to layer clothing for the cold, as well as tips on learning how to snowboard.

“We refer to it as a Hallmark movie town,” Elmore said. “You see most of the same people all of the time, and you’re not worried about rushing around. I like that everyone knows everybody.”

Red Lodge Mountain is lucky in that it maintains a fairly high return rate for seasonal employees, about 70% Schmidt said. With 210 people employed in the winter, that still means hiring about 50 new people every ski season (30 RLM employees have year-round jobs). Unless those new hires are local, they have to find housing in a small resort community where homes that were once rented out to locals are now being filled by vacationers via websites like Airbnb.

Even if rentals are available, they may be more expensive or costly to heat during cold winter days when the temperature can stay below zero for a week. One former Red Lodge renter said her heating bill was more than $600 one cold winter month.

“It’s become increasingly competitive to attract people to any location in the Forest Service, as it is in the private world, as well,” Coffin said.

The more incentives the agency can offer, like inexpensive housing, the easier it is to recruit seasonal employees.

“Back in the day we built a lot of housing,” Coffin said. “But we’re not really in the business of building anymore, and our funding is scarce.”

So supplying housing, even if only for 11 people, has been a win for the ski hill, the Forest Service and the community, Coffin said. One Red Lodge employee who owns the local KOA has also opened up a few of its cabins to ski hill workers as winter rentals.

Jessica Howell, RLM’s human resource manager, oversees the hiring and placement of employees into the Forest Service housing. A former trail boss for the agency, she knows both sides of the partnership.

The housing was offered to employees on a first-come, first-served basis. Right now there’s a waiting list of three employees. Others living at the facility are RLM workers from as far away as California, Nevada and Illinois.

“For quite a few people this is their first rental,” she said.

Howell checks in at the bunkhouse every week to pick up recycling and see how everything’s going, and she admitted to wanting to stay a few times because everyone was having so much fun.

Le said her roommates have made an effort to share chores and keep the common area clean by washing dishes.

“We’re all kind of strangers and don’t want to make ripples,” she said.

She once lived in a two-bedroom home with seven people where sheets were hung up as flimsy walls. For two years she lived out of her camper van, driving from forest campsite to campsite. Her current housing arrangement has not only saved her money and boosted her spirits, it’s also provided her privacy for her artistic side when she wants to play guitar or draw. She plans to stay in Red Lodge this summer and learn how to fly fish.

“As far as I know, we only have one life to live, and I want to do a lot of different things.”