Jesse Alberi was elk hunting 12 years ago when his truck rolled on a hilly dirt road. The accident crushed the cab and left him paralyzed from the waist down.

Later as he lay in a hospital bed facing a future in a wheelchair, Alberi wondered: Who am I if I can’t do the things I used to do?

A few years later he found an answer. Alberi, a ranch handyman who grew up hunting and fishing around Dillon, and his buddy Steve Miller had always loved getting outdoors and fishing on Montana’s trout streams.

Miller figured out how to hoist his friend out of a wheelchair and into a drift boat. It was magical.

“When I leave the wheelchair on the bank and get in the boat, nobody knows I’m disabled,” said Alberi, 41. “It’s an escape from disability. It was about getting on the water, doing things I did before.

The two friends figured that if a fly-fishing trip could be such a powerful experience for them, they wanted to do it for others.

They co-founded a nonprofit, Access Unlimited, and since 2015 have been offering outdoor adventures to people with spinal cord injuries, traumatic brain injuries and other disabilities.

Access Unlimited takes applications and selects people for five-day, large group trips once a month in warmer months and also arranges some smaller excursions. Guests have to get themselves to Bozeman, but from there it’s free, thanks to generous donations, Miller said.

Guests stay at a beautiful mountain lodge — the Silver Bow Club on the Big Hole River or TroutChasers Lodge in Gallatin Gateway. Volunteers take them along with expert guides on fishing trips or to shoot clays.

“It’s kind of a bucket list dream for someone to be awarded a trip,” said Miller, 43, who founded the SCS Wraps company in Bozeman, which produces large format signs, vehicle graphics and wall murals.

Access Unlimited’s board members plan the trips a year in advance, Miller said. “We try to put the best group of people together.”

The first night at the lodge, the five or so guests feel like a bunch of strangers, Alberi said, but by the fifth night, “it’s family.”

The organizers have a can-do, “Let’s try it” attitude to overcoming disabilities so guests can cast a rod or shoot a shotgun. They have four Action Trackchairs, made in Minnesota, that have a tank-like tread that lets guests travel over rough gravel stream banks and then can hold a paralyzed body in a standing position to allow casting into a creek.

Lucas Stacy of Whitefish joined a trip last August and wasn’t sure what to expect. The lodge was gorgeous, the food amazing and fishing on the Beaverhead River was great, he said, but the best part was the people.

“They made it one of the most enjoyable trips of my life,” Stacy said.

Stacy, 35, grew up in Montana fishing, hunting, skiing and mountain biking. He was working for the Flathead National Forest on wildfires and avalanches. In 2015, he was out riding a snowmobile when he slipped off, hit a log and broke his neck. He was paralyzed from the arms down.

“Thank God for Jess and Steve,” Stacy said. “They said, ‘Here, you can do this and we’ll show you how.’

“I’d kind of weighed and measured myself by what I did. To regain that is almost unexplainable. The euphoria, the pure joy — I’m almost tearing up. It’s right up there with watching my kid being born.

“Meeting those guys was a game changer for me. I’m forever thankful.”

Scott Espelin is grateful for what Access Unlimited did for his son. Austin Espelin was driving home from a fishing trip on a summer night in 2015 when he swerved to miss a deer near Twin Bridges and crashed. Thrown from the vehicle, the young father of three boys suffered a traumatic brain injury. He was hospitalized for nine months.

When his amnesia finally cleared, Austin told his parents that he had filled his mind with memories of the fly fishing he loved.

“We wanted to get him out on the river, to feed his desire to live,” Espelin said. His parents, who became Austin’s caregivers, applied to Access Unlimited. Three years ago the group took Austin and his dad out in a boat on the Madison River.

“He was mesmerized,” Espelin said, choking up. “He kept telling me, ‘Dad, I want to wade fish again.’ He could barely stand up. It took three of us to help him stand up in the river.

“He caught five fish in one hole,” Espelin said. “He was on cloud nine. It was one of those things that burned into his heart and mind. He wanted his life back.”

Next to the rehabilitation services at Craig Hospital in Colorado, the same hospital where Alberi was treated, that fishing trip “had the biggest impact on Austin’s recovery,” his dad said. “Being able to connect with Access Unlimited, it changed our life.”

Alberi gave Austin a fly-tying kit, which he uses several times a week, and Access Unlimited took father and son out on a second trip.

“The positive impact it had on our entire family was monumental,” Espelin said. “It’s such a lonely world, day in and day out, doing this recovery.”

Alberi said he comes home from every trip they organize feeling “incredibly touched.”

The Fishing Bridge Recreational Vehicle Park in Yellowstone National Park will open to RVs from Sept. 4 to Oct. 4 after a two-year renovation.

The concrete deck, sidewalks, and parapets have deteriorated so badly on the Yellowstone River Bridge that the National Park Service is proposing to replace the structure. 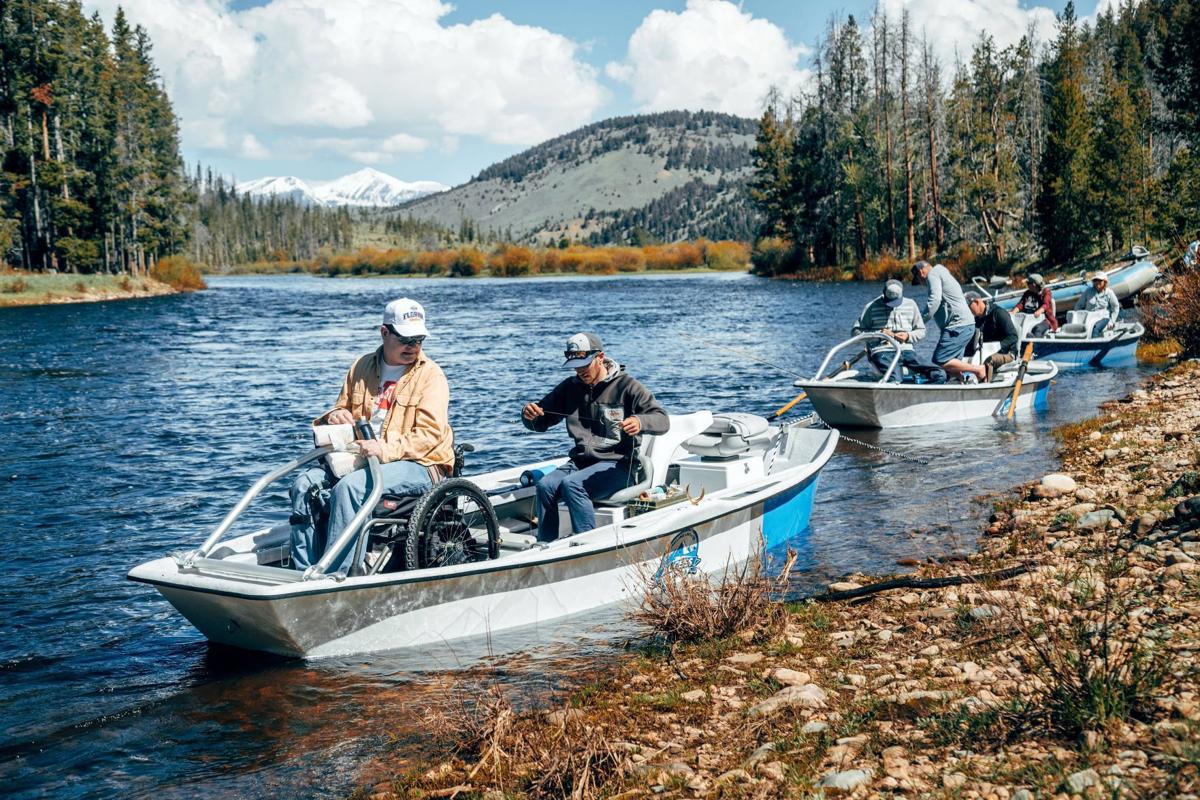 A drift boat fleet prepares to push off from up high on the Big Hole River in May. 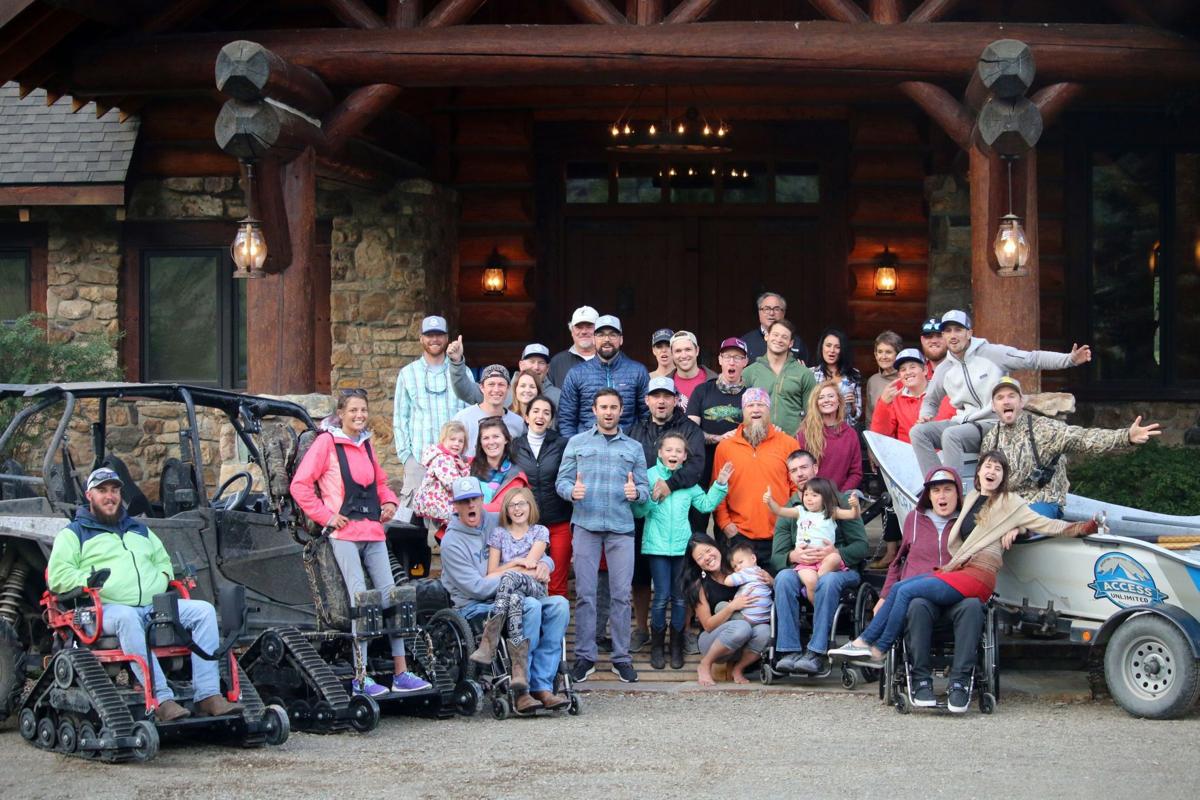 The crew from a trip at the Silver Bow Club on the Big Hole River poses for a photo. 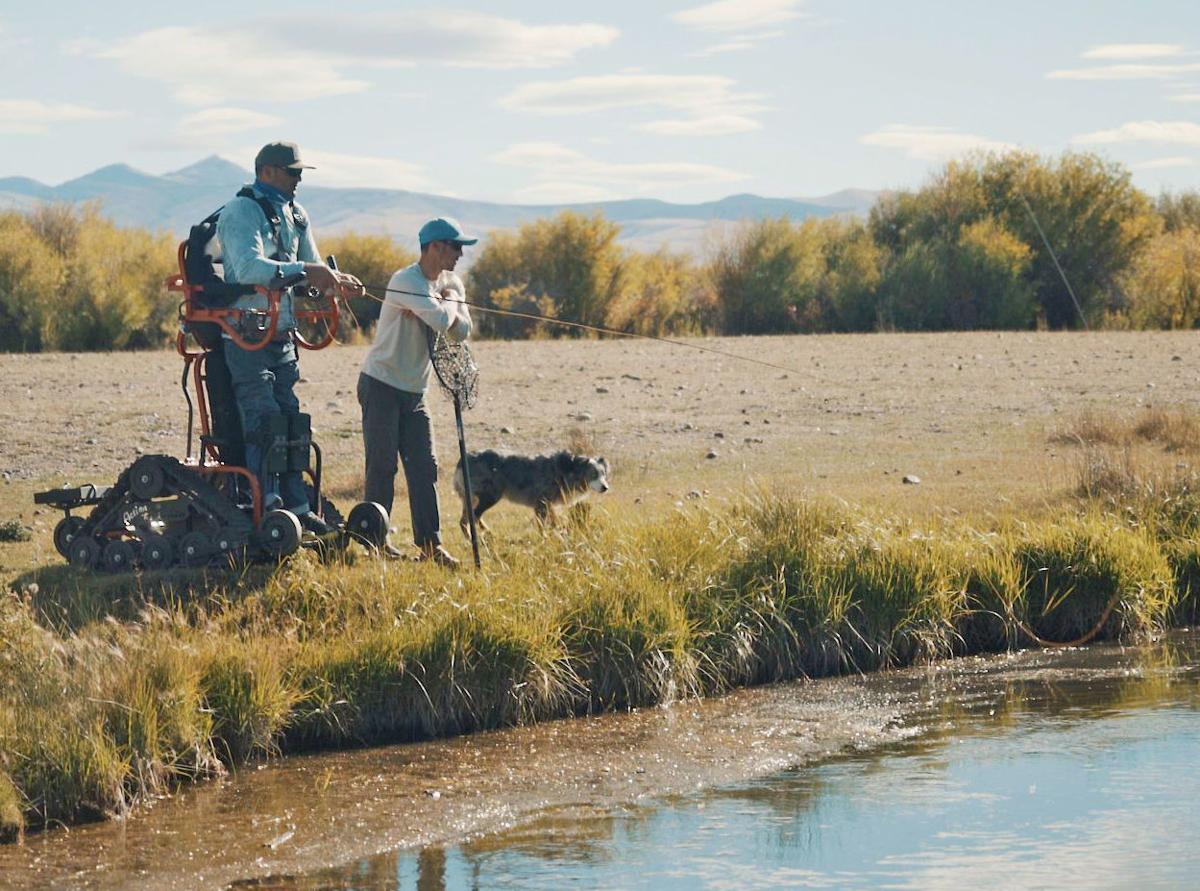