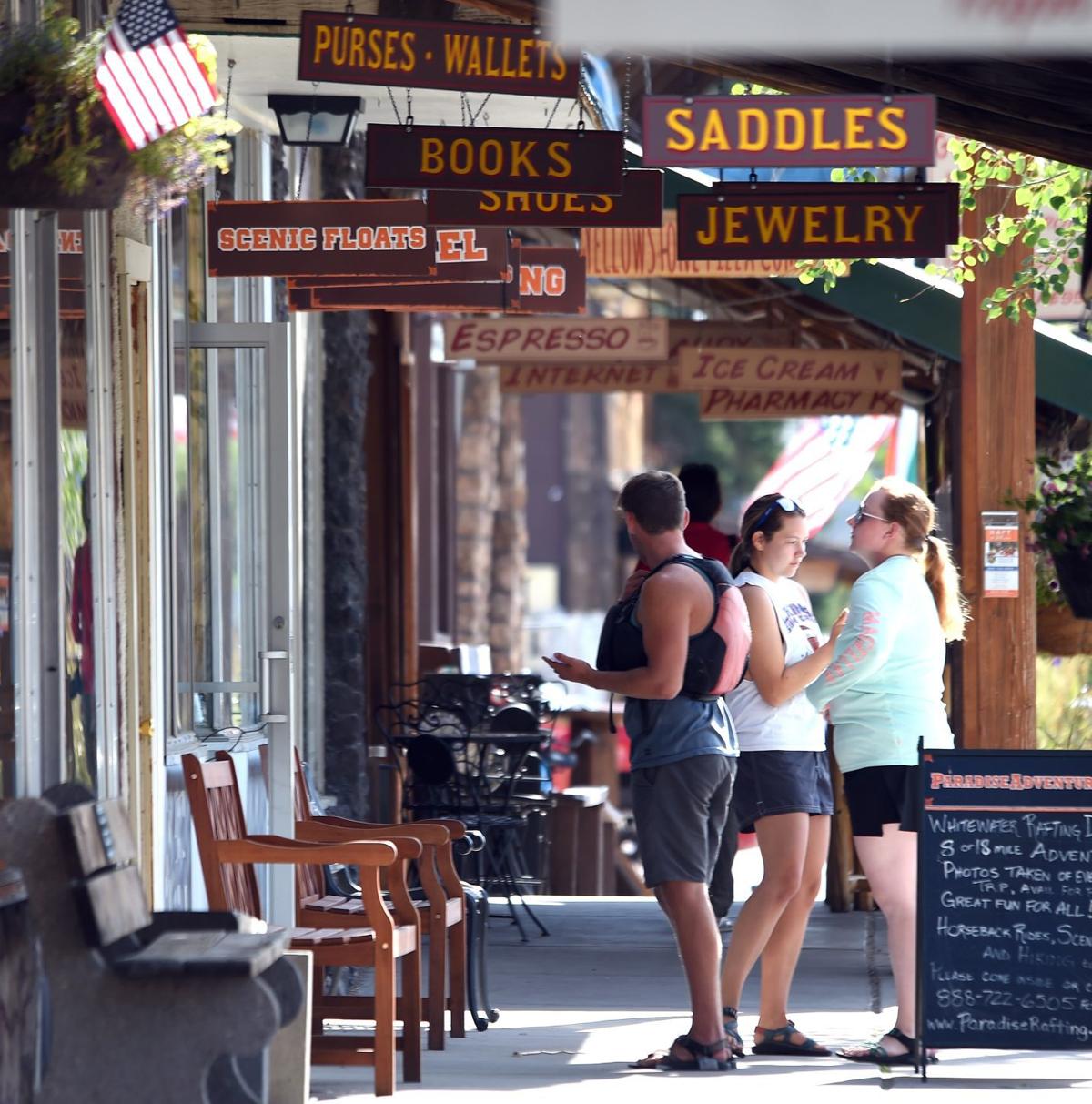 Tourists begin to fill the streets on a recent morning in Gardiner. 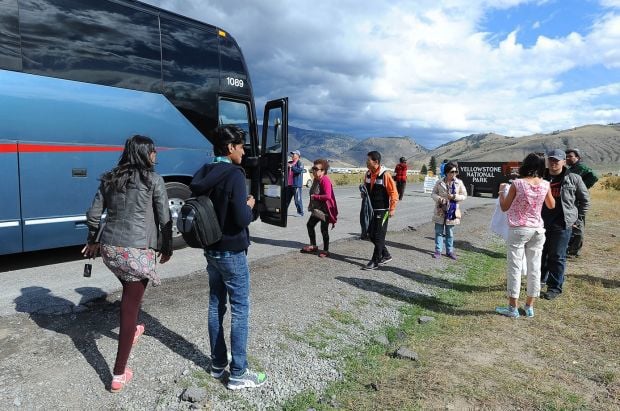 Tourists from China and India stand outside their tour bus at the entrance to Yellowstone National Park at Gardiner. The park is closed to visitors during the government shutdown.

BOZEMAN — Tourist spending in and around Yellowstone National Park supported about 7,000 jobs in 2019, according to a National Park Service report released recently.

The roughly 4 million people who visited the world’s first national park in 2019 spent $507 million dollars in towns within 60 miles of the park. That doesn’t include Bozeman, which is about 80 miles from Yellowstone’s border, but does include gateway cities West Yellowstone and Gardiner.

“The positive economic impacts of Yellowstone are essential to the economies of Wyoming, Montana and Idaho,” said Cam Sholly, Yellowstone superintendent, in the release. “It is important that we continue working with our state and local partners to balance the many benefits of tourism with our continued efforts to protect the world-class resources within the park.”

Nationally, visitors to national parks spent a combined $21 billion at businesses in communities near parks, according to the report. That money helped support 340,500 jobs.

National spending near parks followed a pattern similar to spending near Yellowstone, with more money spent on lodging than anything else. Hotels and other accommodations brought in $7.1 billion, followed by $4.2 billion spent at restaurants, $2.16 billion on fuel and $1.93 billion on retail spending nationally.

That closure at the beginning of the summer season was a hit to gateway businesses, but traffic at the park has been steady since its reopening.

A counterculture gathering on the Nez Perce-Clearwater National Forest intended to celebrate peace and inclusion is instead sowing the seeds of discord and division.

A very large spider gave my son a surprise as he bent down to enter his tent on a recent camping trip to Fort Peck Reservoir.

A grizzly bear that returned twice to Rainbow Point Campground, one time finding human food, has forced closure of the site.

Planning to camp in Montana or Wyoming for the long weekend? Better have a reservation

If you were planning to camp at a Wyoming State Park over the holiday weekend, you better have a reservation.

A California woman was gored several times by a bison on June 25 in Yellowstone National Park after apparently approaching the animal to take its photo.

A grizzly bear that returned twice to Rainbow Point Campground, one time finding human food, has forced closure of the site.

Although a man of few words, Joe Penfold’s opinion helped craft outdoor recreation legislation in 1964 that has benefited numerous communities across Montana and the United States.

A grizzly bear that was trapped at a campground near West Yellowstone after raiding a tent is being sent to a wildlife enclosure.

Kris Millgate has been traveling like crazy lately. Her schedule is relentless, similar to the migrating fish she is following.

Tourists begin to fill the streets on a recent morning in Gardiner.

Tourists from China and India stand outside their tour bus at the entrance to Yellowstone National Park at Gardiner. The park is closed to visitors during the government shutdown.