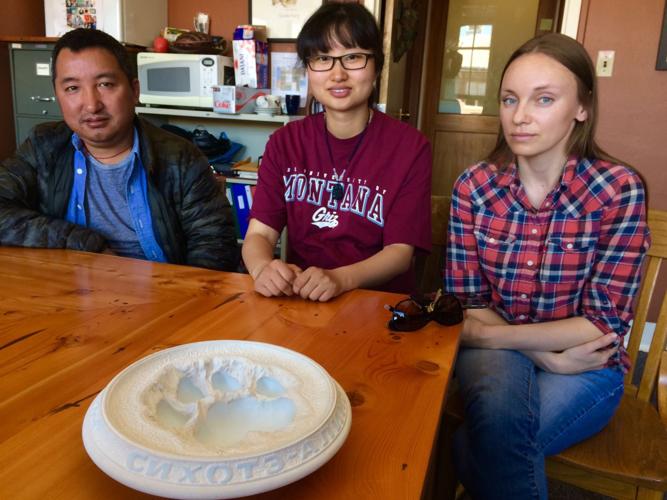 Seated around the plaster cast of the paw print of a 400-pound tiger, biologists Tshering Tempa of Bhutan, Wenhong Xiao of China and Dina Matiukhina of Russia share stories of learning about their favorite predator at the University of Montana's wildlife biology program in Missoula. 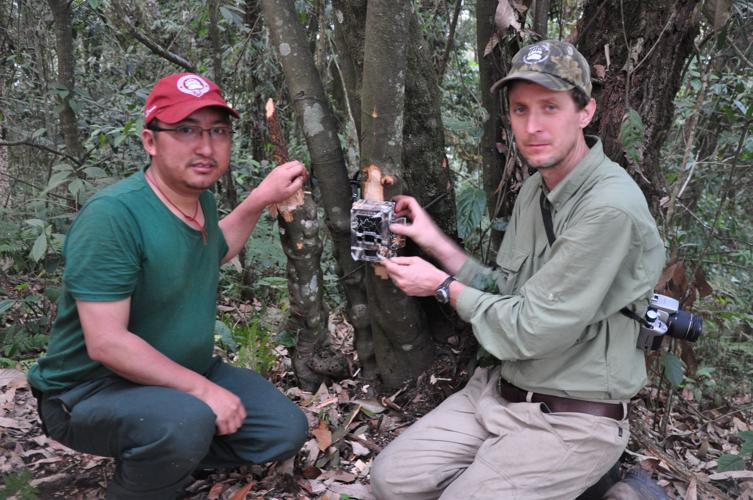 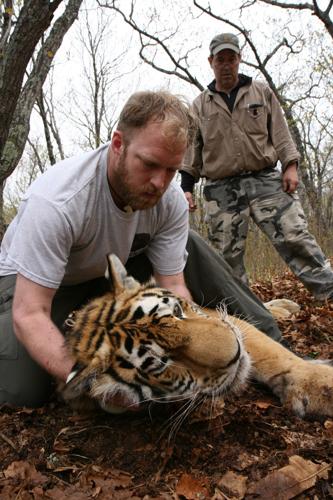 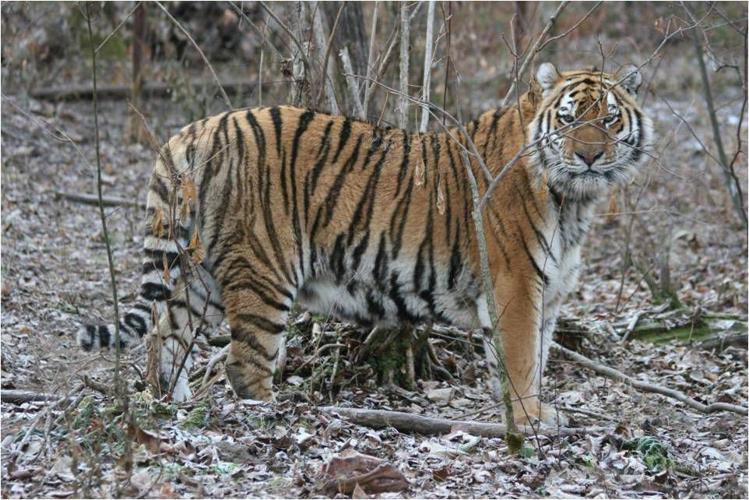 Amur tigers can weigh more than 400 pounds and roam the thick forests between Russia and China. Researchers from both nations have come to the University of Montana to improve their wildlife biology skills.

The first thing you need to know about tigers: They like to eat bears.

Despite being half a planet away from the nearest wild tiger habitat, experts from Bhutan, China and Russia have come to the University of Montana to sharpen their wildlife biology skills.

Two weeks ago, Tshering Tempa became the first student from Bhutan to complete a doctoral degree at UM. Dina Matiukhina is a senior research biologist at the Land of the Leopard National Park near Vladivostok studying Amur tigers and Amur leopards (a big cat even more endangered than tigers). And Wenhong Xiao is a post-doctoral researcher just across the border monitoring the Amur tigers that prowl between China and Russia.

Despite combined decades of tiger studies, Tempa, Matiukhina and Xiao have seen just two wild tigers in their collective careers. Thanks to the innovation of camera traps, they’ve documented thousands of images of tiger behavior and population change. And that’s occasionally revealed how close they are to the predator they never see.

“I came to check a camera trap, and saw a paw print,” Tempa said of one occasion. “When we checked the pictures, we saw we were 30 seconds apart.”

Matiukhina logged both of the personal sightings, but agreed the scariest tigers are the ones she can’t see. She once found tiger tracks in the snow near one of her cameras that went from walking to leaping — indicating the 400-pound cat changed behavior because of her presence.

“It was the most stressful moment in my life,” Matiukhina recalled. “I was swearing loudly, following the tracks in the snow, banging sticks together.”

Bhutan has only recently become recognized as a place with productive tiger habitat. Thanks to Tempa’s investigations, the Himalayan nation just east of India and Nepal can document between 90 and 103 tigers. India has more tigers in total, but few places with more than 50 in one community. That’s important to ensure good genetic diversity and avoid in-breeding.

Russia has about 520 tigers in its Far East regions. China has about 30, up from just six a decade ago.

Preserving tigers in places where ever-increasing numbers of humans reside means different things in different places. In Russia, a tradition of hunting makes them the ultimate trophy. In China, tiger poaching feeds a booming black market for traditional medicines and status symbols. In Bhutan, a predominantly Buddhist nation, strong prohibitions against killing clash with farmers’ need to defend herds and flocks from predation.

All that gets complicated by the relatively small body of knowledge available on tigers. Tempa raised many eyebrows when his tracking surveys showed one tiger traveling from the Bhutan lowlands a few hundred feet above sea level to mountainsides almost 15,000 feet up.

Xiao contends with the social upheaval accompanying the Chinese government’s creation of a 3.7-million-acre national park dedicated to tiger preservation that resulted in the displacement of thousands of human residents.

“It can be very hard to work with people,” Matiukhina said. “The scientific world is happy to have tigers. But how do you explain the need to kill tigers in order to control their numbers? Most Russians aren’t Buddhist. We have a strong hunting culture, while China doesn’t.”

So why come to Montana? Because Montana has deep roots in tiger studies. Big Hole Valley rancher’s son John Seidensticker was the first person to successfully trap and radio-collar a wild tiger, after training on mountain lions and grizzly bears with famous UM biologists John Craighead and Morris Hornacker, along with Siberian tiger expert Dale Miquelle. Years of experience with charismatic megafauna and human interaction make UM a natural place for similar research.

UM’s wildlife biology program is well-versed in the techniques of population estimation, DNA analysis, and predator-prey dynamics that explain how a species thrives or fades in its environment. Those methods are in demand anywhere a major predator clings to the edge of growing human community.

On his office wall at UM, Hebblewhite has a copy of a Roman mosaic depicting a tiger, recalling how the ancient empire used to import the cats for gladiator battles in the Coliseum. Tigers once roamed the mountains of Greece and Turkey, as well as the jungles of Java and Laos. Today, they’ve been eliminated from 93 percent of their historic range, just as grizzly bears have in North America.

“If you can successfully trap and immobilize an 800-pound grizzly bear, you have portable skills,” said Hebblewhite. “We don’t know much about tigers, but we know how to catch things. And the methods have come together here for the science we need to count both bears and tigers.”

When Norman Maclean wrote “eventually, all things merge into one,” in his novella “A River Runs Through It,” river ecologist Ric Hauer didn’t …

On the far side of the world, rangers trying to protect tigers in Nepal depend on maps made in Missoula.

A black-bear hunter reportedly killed a large grizzly bear in the hills 5 miles northeast of Missoula on May 16, but federal wildlife official…

Busloads of Chinese tourists stop at Big Sky Resort and Katie Grice wants to be ready.

Ready or not, China's news network aims for global coverage

OK, Missoula surfers, boaters and tubers: It’s time to up your game.

Can parenting be data driven? Experts say, 'it depends'

Seated around the plaster cast of the paw print of a 400-pound tiger, biologists Tshering Tempa of Bhutan, Wenhong Xiao of China and Dina Matiukhina of Russia share stories of learning about their favorite predator at the University of Montana's wildlife biology program in Missoula.

Amur tigers can weigh more than 400 pounds and roam the thick forests between Russia and China. Researchers from both nations have come to the University of Montana to improve their wildlife biology skills.