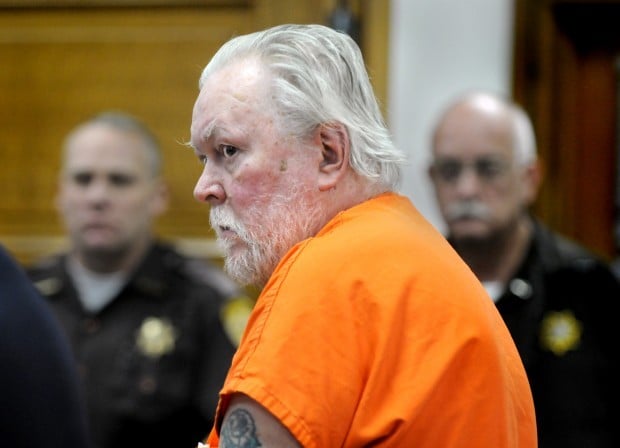 Vincent John Sullivan appears in Missoula District Court last week after trying to plead guilty to charges that he robbed Missoula’s Sterling Savings Bank in late October. Sullivan says he continues to rob banks across the country because he would rather live in prison. Photo by KURT WILSON/Missoulian 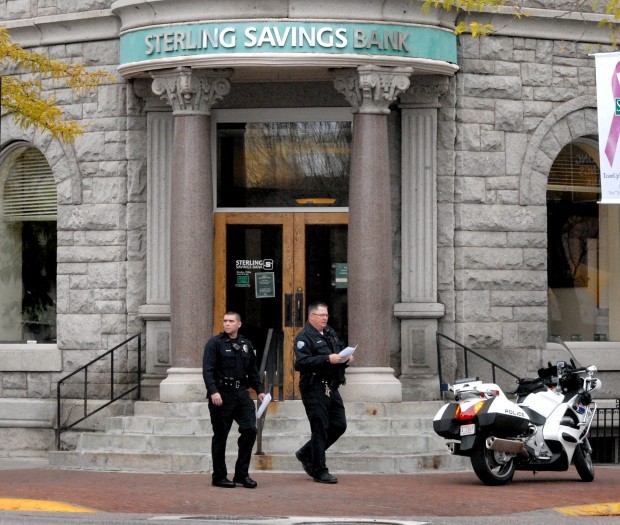 While police were investigating the Oct. 26 robbery of Sterling Savings Bank, Sullivan was down the street having breakfast at Liquid Planet. Photo by LINDA THOMPSON/Missoulian
{{featured_button_text}}
1 of 2

Vincent John Sullivan appears in Missoula District Court last week after trying to plead guilty to charges that he robbed Missoula’s Sterling Savings Bank in late October. Sullivan says he continues to rob banks across the country because he would rather live in prison. Photo by KURT WILSON/Missoulian

While police were investigating the Oct. 26 robbery of Sterling Savings Bank, Sullivan was down the street having breakfast at Liquid Planet. Photo by LINDA THOMPSON/Missoulian

Vincent John Sullivan - or is it John Vincent? - doesn't like the Missoula County jail.

He can only get it with breakfast, leaving too many stimulus-free hours stretching ahead.

He'd rather be in prison, a place he described during a recent interview as a sort of caffeinated wonderland, coffee available all day long. In fact, there are all sorts of things he likes about prison. There's a routine. You can work. Buy things.

"I don't like being on the outside," he said.

The way the 64-year-old Sullivan tells it, in a voice still tinged with the nasal intonations of his native Brooklyn, he did everything he could to get himself back to the place he feels he functions best. Law enforcement allegations match his own account of those attempts:

Within the space of two weeks, he robbed a bank in Manhattan. Crossed the country to another Manhattan - this time, Manhattan Beach in California - where he hit another bank. And then headed to Montana, where he robbed yet a third.

Where, finally - with a prior history of bank robbery that made him an immediate suspect in New York and California, revelation of his white-bearded face to security cameras, and getaways that were so lackadaisical as to practically invite capture - he got himself incarcerated again.

But not in prison.

Sullivan's been in the Missoula County jail ever since the Oct. 26 robbery at Sterling Savings Bank in downtown Missoula. After a hearing last week during which he tried to plead guilty to the Missoula heist and ended up being assigned a mental health evaluation, it looks as though he could be stuck in the jail for many weeks more.

Sullivan, who at the hearing outlined some of his bank-robbing bonafides to Missoula District Judge Dusty Deschamps, looked bewildered as he shuffled out of court.

It wasn't supposed to go this way. In fact, as Sullivan said during the interview, very little has gone his way for the past few years - ever since he was released from his first stint behind bars.

Sullivan said he first robbed a bank in Florida several years ago, an incident that landed him in a federal prison hospital in Butner, N.C.

That robbery came after a motorcycle accident left him disabled, Sullivan said. Before that, he said, he'd worked his whole adult life, as a fish cutter, plumber and landscaper.

Ed Ross, a spokesman for the federal Bureau of Prisons, said Sullivan was incarcerated on a bank robbery charge and went to the Federal Medical Center in Butner on Nov. 30, 2001. Records show he was released on Oct. 6, 2006.

During the interview at the Missoula County jail, Sullivan told a rambling tale of leaving Butner and going to a halfway house in the Detroit area that he liked because it was full of older men like himself. "It was cozy," he said. "You could smoke."

He said he eventually left and went to New York City, where he bunked briefly with a relative in Brooklyn before being kicked out. He stayed a while in a shelter, but wanted to go back to prison.

So, he said, he tried to get arrested by going into an upscale restaurant. His plan was to eat a meal and then refuse to pay. But the people at the restaurant were so nice to him that he fled in shame, he said, leaving behind a bag that contained all of his belongings, including his medications.

Sullivan recounted an abbreviated version of that tale in court last Tuesday when he pleaded guilty to robbing the Sterling bank. It was the mention of medication that triggered Deschamps' order for a mental health evaluation, and to make his acceptance of the guilty plea conditional upon that report.

"What he said leads me to have some concerns," Deschamps said.

Sullivan's white hair is lank, his cheeks roughened. His fingernails are uncut and curving and his conversation during the Missoulian interview zigged and zagged between robbery accounts and a confusing tale of being incrementally turned into a fish by members of the Blackfeet Nation.

He ran his hand over his balding pate. "I could feel the scales," he said.

In New York, they took one look at the big belly, round red face and white beard and, according to the New York Post, dubbed him "the Santa Claus crook."

In California, he talked a restaurant into a free breakfast. He came back later and paid for it. In between, a bank was robbed.

In Montana, he waited until after the robbery before eating. He paid for his breakfast but didn't tip. He did, however, give a cabbie $5 on top of a $7.50 fare.

Sullivan might not have gotten much money from any of the banks he's accused of robbing - by his own reckoning, the total was less than $4,000 - but he made an impression wherever he went.

Police there know him as John Vincent Sullivan, and plan to file a warrant for his arrest in connection with the Oct. 18 robbery at the Chase Bank that bears some similarities with the Missoula robbery a week and a day later, Rosenberger said.

Both robberies occurred in midmorning. Both involved a breakfast of eggs - before in the California robbery, and afterward in the Missoula incident. Both involved a note and the threat of a weapon, although none was actually used. And both involved a New York Jets Mark Sanchez jersey, although in California he wore it during the robbery and in Missoula, allegedly covered it with a gray Seattle Seahawks sweatshirt that he peeled off immediately afterward and tossed in a nearby doorway.

By the time he got to the Liquid Planet coffee shop down the street from Sterling Savings in Missoula, he was in the Sanchez jersey. There, he paid $7.95 for his egg and bacon bowl and cup of coffee, before asking the staff for directions to a hotel, calling a cab and stopping for smokes on the way to the DoubleTree Hotel, all of which gave police plenty of time to catch up with him.

Before the Manhattan Beach heist, Rosenberger said, Sullivan went to a place where he'd had eggs and a drink - "he's got a little problem with the bottle" - for the previous two days.

On the morning of the robbery, he was out of money, Rosenberger said. The restaurant owner gave him some scrambled eggs and coffee, but no booze.

By the time Manhattan Beach police investigating the robbery had figured out Sullivan's identity and realized he'd registered at a local motel under his own name, he was already on his way to Montana.

Daly, the public defender, told Deschamps last week that it could take as long as four months before Sullivan makes his way to the top of the list of people awaiting court-ordered mental health evaluations.

In the meantime, authorities in California and New York, as well as the FBI, are investigating the robberies in those states. Rosenberger, in California, said there are plans to extradite Sullivan to New York. Police in New York refused a Missoulian request for an interview, and Daly likewise refused to comment on whether Sullivan will stay in Montana.

Until then, both for Sullivan's own protection and that of the community, he's to remain in the Missoula County jail under $100,000 bail, Deschamps said.

The judge set another hearing in the case for Tuesday.

"I just wanted a cup of coffee," Sullivan told Deschamps last week as he pleaded guilty to the robbery. "I wanted some money."

Reporter Gwen Florio can be reached at 523-5268 or at gwen.florio@missoulian.com.

A midmorning bank robbery in downtown Missoula on Tuesday involved a leisurely suspect who - after allegedly taking cash from a Sterling Savings Bank teller - sat down and ate breakfast at Liquid Planet, called a cab, stopped for smokes and then tipped the driver $5 for the $7.50 ride that delivered him to the DoubleTree Edgewater Hotel.

And, as it turned out, straight into the arms of the law.

Vincent Sullivan is going to have to put up with the coffee, or lack thereof, at the Missoula County jail a little while longer.

A 64-year-old man accused of robbing the Sterling Savings Bank in downtown Missoula is on his way to Warm Springs for a mental health evaluation.