A nondescript ordinary white envelope, with very carefully written cursive handwriting on it, arrived at the Habitat for Humanity of Missoula office one day late last year.

Inside was a check for $100,000, meant as a donation to the housing nonprofit.

"The timing couldn't have been better with the increased cost of materials we've been experiencing," she said.

Right now, her organization is in the midst of building a three-bedroom, two-bathroom house in East Missoula. It will eventually be occupied by a guidance counselor for Willard Alternative High School.​ The money will be used to finish that home and build two other houses nearby, Harp said.

Heather Harp, executive director of Habitat for Humanity of Missoula, sits next to her newly adopted 7-month-old dog Benny outside an East Mis…

After that, the organization has plans to build six more houses in East Missoula for low-income community members.

The donor wishes to remain anonymous, but the gift was unsolicited and given to the organization by someone who wanted to make a difference in addressing Missoula's affordable housing shortage, Harp said. The donor had read a Missoulian article and had watched a television news segment about Habitat for Humanity of Missoula's mission to create affordable housing and self-reliance.

“We are delighted that Habitat placed a stake in the ground with a plan of how to tackle our affordability crisis," the donor said in a statement provided to the Missoulian by Habitat for Humanity. "They dared to think big, and it takes a leap of faith for the rest of us to follow. Giving them the financial support they need to see their goals materialize is important to us."

It was one of the largest individual gifts the nonprofit has ever received.

“It’s exciting to see our Missoula already stepping up to the plate to build much-needed homes people can afford,” Harp said. “We are so incredibly grateful for this donation, and we believe it is reflective of the generosity, kindness and ingenuity of members of our community.”

Larry Bradshaw finishes up the caulking work on a doorway inside an East Missoula Habitat for Humanity home. He has been a summer seasonal vol…

The money will be used to propel the organization toward its "30 by 30" goal, which is to be constructing 30 new homes a year by 2030, Harp said. For the past 29 years, the organization has been building about two homes a year, so she freely acknowledges the new plan is ambitious and audacious.

To achieve it, she believes the organization can find developers willing to voluntarily donate pieces of land as part of new market-rate housing projects. Then, because Habitat for Humanity relies on lots of volunteer labor and sweat equity from the families who will occupy the homes, a new dwelling can be built for about $150,000. That's far less than the median sales price of homes in Missoula, which was nearly $340,000 in 2020 and has been steadily climbing for a decade.

Harp, who also sits on the Missoula City Council, wants to also make it easier for people to utilize their backyards and build accessory dwelling units.

She has plans to host volunteer days for women and young people. Her goal is to expose as many people as possible to the trades within the construction industry to perhaps entice them into good-paying careers.

"There have been a number of contributing factors to the lack of affordable housing," she said. "So, materials prices going through the roof is one. But also a shortage of workers in the field."

The construction industry lost a lot of workers after the Great Recession that began in 2008, Harp said. She supported a Missoula law that allows contractors bidding on city projects over $100,000 in size to get a preference if at least 10% of their crew consists of apprentices. That way, more inexperienced workers get time on the job.

Construction site manager Mike Sehorn and a volunteer were busy with putting some of the finishing touches on the new house on Speedway Avenue in East Missoula on Thursday. He estimated that the price of lumber has gone up about 100% in the last year, although it varies every week.

"It's very volatile," he said.

They're always in need of volunteers, but they've been having fewer workers on the job site this year to maintain social distancing.

"Building three houses in a year is a lot for all-volunteer building," he said. "Some people are only here one day a week. It's a lot. And we do a lot of it ourselves. We do cabinets, flooring, paint, hanging drywall, concrete."

Habitat for Humanity of Missoula was formed in 1991 and has built more than 55 homes for local families earning between 40%-80% of the area median income. The families also contribute 250 hours of work as the home is built. They can then purchase the homes using a 30-year mortgage set at a rate of 30% of their income with zero interest.

“There’s no trail of breadcrumbs we’re following,” Harp said. “But with the help of many Missoulians, we’re creating a path forward to address affordability.”

Heather Harp believes that if community partners can help find land at below-market costs, then Habitat for Humanity of Missoula can build many more affordable homes.

A recent report from the National Low Income Housing Coalition estimated that between 11,000 and 31,000 households in Montana are at-risk for eviction.

With huge subdivisions west of Reserve Street in the works and immense pressure on builders to create even more homes, the City of Missoula has reorganized its housing, community planning and development offices.

The man was convicted when he was 19 years old under an Idaho law that criminalized sex acts associated with homosexuality, according to the lawsuit he filed in December in federal court.

The Missoulian sent a photographer and a reporter to Lincoln in 2016 for the 20th anniversary of Ted Kaczynski's arrest as the infamous "Unabomber." This is a look back at that story.

The store will feature laser tag, a mini bowling alley, an arcade, a golf simulator, a playground and a cafe.

We've probably got three times more work than we've ever had," said Missoula homebuilder Dave Edgell. "Our supply issues are getting serious."

The rooftop bar will be open to locals in Missoula as well as guests of the hotel. 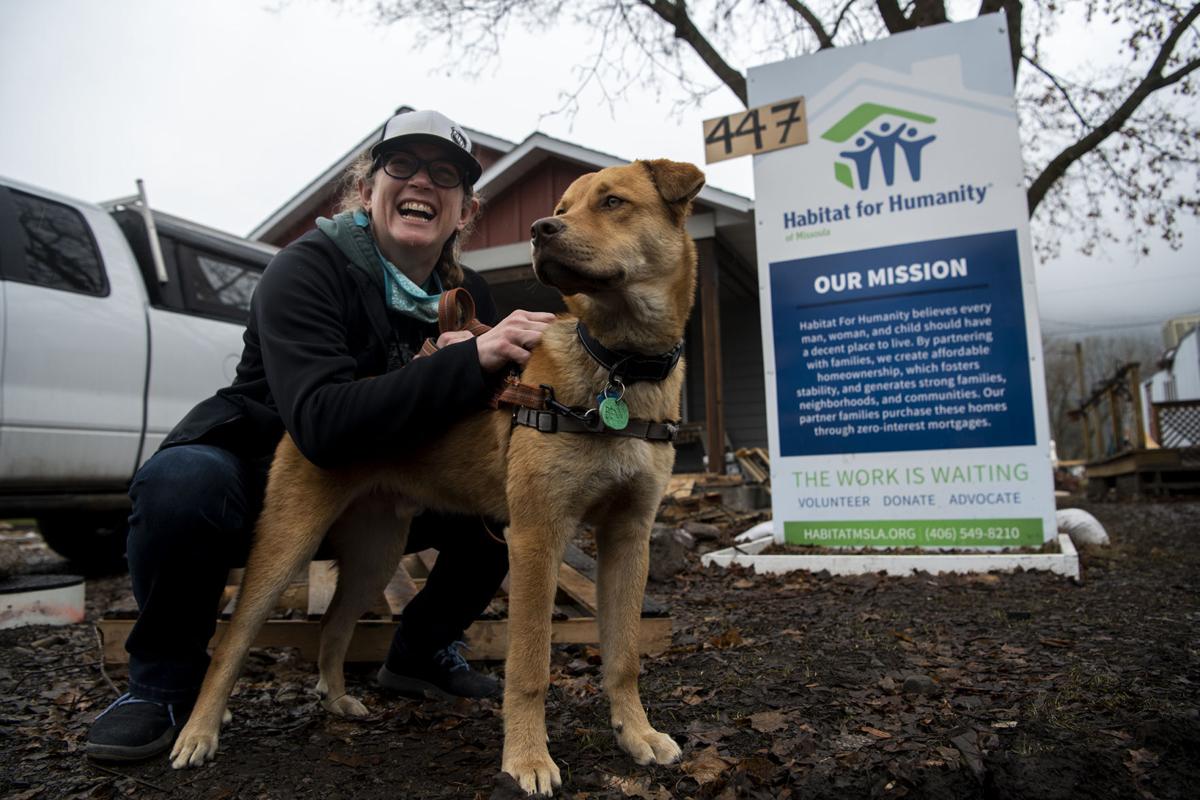 Heather Harp, executive director of Habitat for Humanity of Missoula, sits next to her newly adopted 7-month-old dog Benny outside an East Missoula home being built for a guidance counselor at Willard Alternative High School. 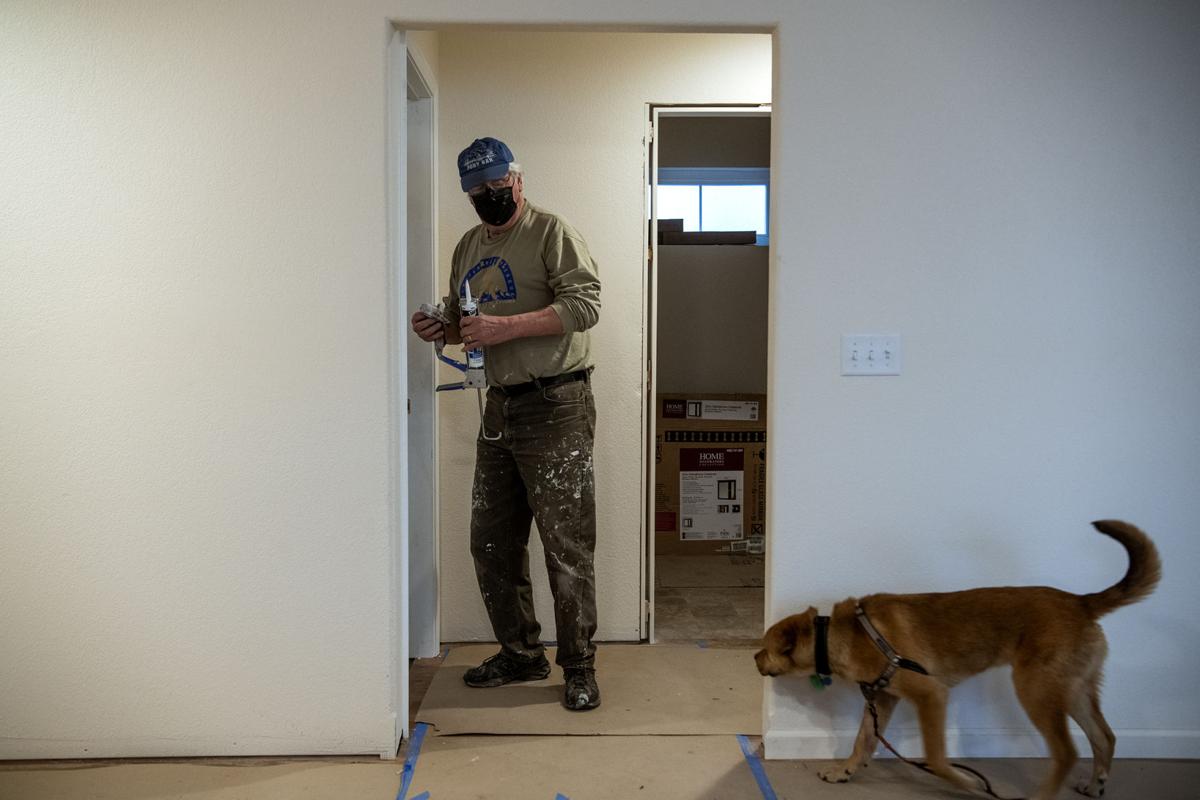 Larry Bradshaw finishes up the caulking work on a doorway inside an East Missoula Habitat for Humanity home. He has been a summer seasonal volunteer with Habitat for four years.