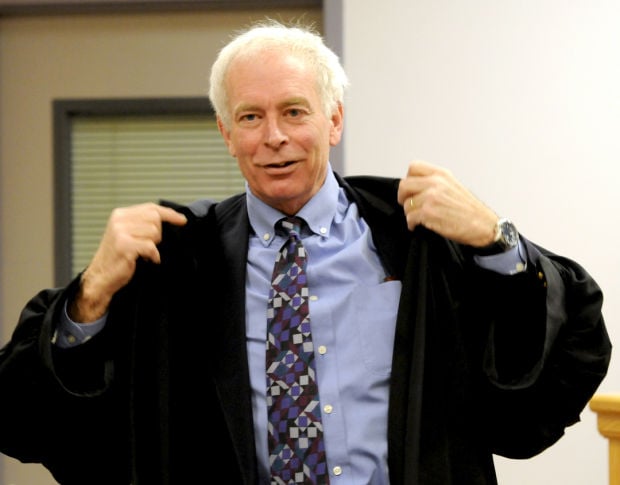 Judge Sam Warren was appointed in December as a part-time judge to alleviate some of the workload in Municipal Court, an amount of work some say justifies two full-time judges. 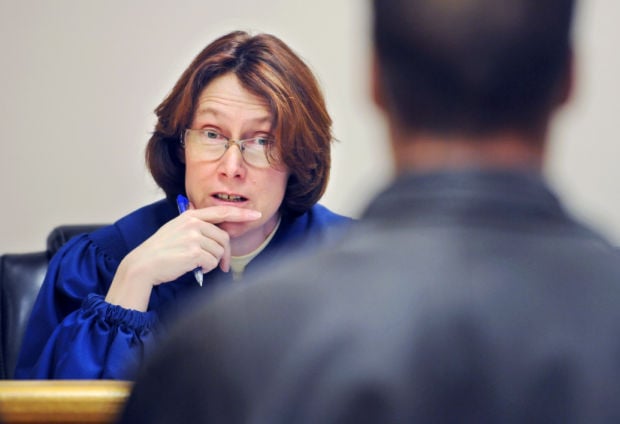 Municipal Court Judge Kathleen Jenks has put a new procedure in place where the court no longer issues warrants after its jurisdiction has expired. Jenks has reviewed more than 3,000 old warrants in an effort to rid the system of the illegal ones.

Municipal Court in Missoula hasn’t had an elected judge on the bench since late 2011, and it won’t have one until January 2014.

Judge Kathleen Jenks, appointed to fill out the remainder of Judge Don Louden’s term after he retired in August 2011, has been working as the court’s full-time judge, and Jenks sees a workload that’s heavy enough for two judges who each work 40 hours a week.

“I think that the court could use two full-time judges, without any question,” Jenks said. “The court has a huge volume that I think a lot of people just don’t appreciate.”

The most recent statistics available on violations filed in the Courts of Limited Jurisdiction are from the 2011 calendar year: Missoula had 26,506; Billings had 22,115; and Great Falls had 18,018.

Montana law allows an elected full-time judge in Municipal Court to appoint a part-time judge, and in Missoula, Jenks tapped Judge Sam Warren to serve as her counterpart. The post of head judge is up for election in 2013, and the winner will serve a term of four years and have the authority to appoint the part-time judge.

Unlike recent elections, this one won’t have clear front-runner as it had with Louden, who retired in 2011. It likely will be contested, too, and Mayor John Engen said if asked, he’ll endorse Jenks because he believes she’s doing a good job.

The Missoula City Council appointed Jenks to fill out the remainder of Louden’s term, and the council approves the city budget including staffing levels for Municipal Court.

Warren works 32 hours a week, the maximum number of hours allowed to still be considered part-time, according to Municipal Court. The court runs two full-time courtrooms, and other judges fill in the remaining hours.

In an interview, Councilwoman Cynthia Wolken said cities much smaller than Missoula have two full-time judges, and she sees the need. She also said it makes sense to have staggered terms, so the council could create the second job in the budget and appoint someone who can work until the 2015 election cycle.

“We need to be responsive to the citizens of Missoula, and it’s not OK to have people going into Municipal Court and waiting hours to see the judge or having their cases pushed back unduly because of the caseload,” Wolken said.

When the court is in session, people waiting to see a judge often spill out into the corridor, but the lengthy waits might be due to the way the court processes cases, said Jeff Renz, a lawyer and University of Montana law professor. Cases in District Court are organized in 30-minute segments, so people have a rough idea of when the judge will hear them, he said. A lawyer going to Municipal Court sometimes waits and wonders.

Judicial experts differ on whether it’s best for courts to have only elected judges or use appointed ones.

David Rottman, with the National Center for State Courts, said courts are set up in different ways, and one structure isn’t preferable to another. Many courts effectively use appointed judges, he said.

In some courts, the full-time elected judge will handle the more significant cases, and the appointed judge oversees the minor but high-volume cases, such as traffic tickets, he said.

Judge Perry Miller, who trains judges and is chairman of the Commission on Courts of Limited Jurisdiction, said even some judges who work only 20 hours a week in Montana are elected, and that’s preferable to him.

“Judges need to be neutral and detached, and they need to have the support of the people in order to perform their duties unbiasedly and impartially,” said Miller, of Chinook.

If a court needs, say, 1 2/3 judges, he said it would seem logical for that judge to be elected by the people and have his or her own caseload.

“An election in my personal opinion is always preferable because it’s the voice of the people,” Miller said.

At the same time, the judge said Montana has a mandated and stringent educational program for judges. Even judges who are appointed and work less than 40 hours a week are trained to run their benches independently, and the court has mechanisms in place to protect the decisions they render from change by a presiding judge.

“That single most important thing is the independence and integrity of the bench,” Miller said. “And I’m hoping that anyone, anyone that is appointed or asked to substitute or asked to run for a judicial position would keep that integrity foremost in their mind.”

Missoula Municipal Court is in transition. Since late 2011, the court has been without an elected judge, and it won’t have one until January 2014. In the meantime, Judge Kathleen Jenks was appointed to complete a term that runs through the end of 2013. She has been making changes to shore up old courtroom procedures, but challenges remain. This week, the Missoulian looks at a few of those challenges.

Sunday: Municipal Court used to issue bad warrants. The city has arrested and wrongfully jailed people on those warrants, and at least 2,000 remain in a local database, according to an estimate from the court. Cleaning them up requires going through files by hand. It’s a time-consuming task, and the court has no deadline for completion.

Monday: The judicial branch of the city is supposed to be separate from the executive and legislative branches. How independent is Missoula Municipal Court from the city’s administration?

Tuesday: The workload in Municipal Court is heavy enough to keep two full-time judges busy. For the foreseeable future, though, just one of those judges will be elected by the people.

Underage drinkers in Missoula might be getting the message to steer clear of alcohol.

Alleging the sitting judge fired her without cause, a former Municipal Court judge is suing the city of Missoula for wrongful discharge, viola…

Leta Womack wants a court that sentences people to community service instead of jail time when it’s appropriate.

Missoula’s mayor is not the boss of Municipal Court, and he doesn’t get to give orders to the judge.

But Mayor John Engen and Judge Kathleen Jenks both work in City Hall, and keeping the judicial branch separate from the executive branch isn’t straightforward.

The city of Missoula has wrongfully arrested and even jailed people on illegal warrants issued over the past 10 years, according to multiple s…

Judge Sam Warren was appointed in December as a part-time judge to alleviate some of the workload in Municipal Court, an amount of work some say justifies two full-time judges.

Municipal Court Judge Kathleen Jenks has put a new procedure in place where the court no longer issues warrants after its jurisdiction has expired. Jenks has reviewed more than 3,000 old warrants in an effort to rid the system of the illegal ones.