An attorney for the family of a man who was shot and killed by a Missoula police officer said Saturday he has significant issues with the official version of events leading to the death of Kaileb Williams.

“I’m just going to call it like I see it. It’s execution style,” Terance Perry said of Wednesday morning's shooting.

Perry is one of the attorneys from the Missoula law firm Datsopoulos, MacDonald & Lind who is representing Williams’ mother and fiancee.

In an interview, Perry said the family has a markedly different story of what happened in the hour before Williams was killed by a single gunshot wound to the head.

They deny that the fiancee was ever held hostage or threatened by Williams. They wonder why the man's mother was initially told he committed suicide. And they cannot understand why police did not remove him from the car by tasing, physical force or negotiation.

According to Detective Lt. Scott Newell of the Missoula County Sheriff’s Office, the incident began around 2 a.m. Wednesday, when dispatchers received a call from Williams’ mother, who said she had been assaulted by her son and he had driven away in her car with his girlfriend.

The sheriff’s office is investigating the shooting because it involved a city police officer.

Newell told the Missoulian on Friday that nothing in his investigation indicated the use of lethal force by Missoula Police Cpl. Paul Kelly wasn’t justified. Per protocol, Kelly has been placed on administrative leave until the investigation is complete.

Both Newell and Perry agreed that the girlfriend called Williams’ mother, asking for a ride from Williams’ residence. Perry said the couple was having a “lover’s quarrel of sorts.”

Williams and his girlfriend had been engaged for a year and a half. Perry said she also has a 6-year-old child who Williams was very close to.

Lt. Newell said when the mother, Rhenon Williams, arrived, the girlfriend got into the car and she went into the house to retrieve some of the fiancee’s belongings.

Inside the home, Williams reportedly attacked his mother and gave her a bloody nose before driving away in her car.

Attorney Perry said the mother did call police, but that it was his understanding that a bystander told authorities Williams had driven away from the house with his fiancee. He added that Williams was very close to his mother, who also lives in Missoula, and that he spent Christmas with her.

Perry said the mother did tell police that her son assaulted her, but that she was not interested in pressing charges from the assault or because he took her car.

Newell said the mother told dispatchers that her son might have a knife.

Not so, said the attorney.

“My understanding is that is entirely false. She did not say he had a knife,” Perry said.

The sheriff’s investigation said Williams was intoxicated and had been using spice, a synthetic version of marijuana.

According to Perry, Williams was upset that the mother had come to pick up his fiancee, and did drive away with the younger woman in the car. But Perry said the woman was in the vehicle voluntarily – not as a captive, as portrayed by police.

Before the chase between police and Williams began, Perry said the couple stopped at an apartment complex for several minutes to talk, and at that time and at several other moments during the incident, the fiancee had the opportunity to leave the vehicle if she had wanted to.

He said the fiancee adamantly denies that she was ever being held hostage by Williams or ever believed he wanted to harm her.

According to Lt. Newell, Williams led police on a high-speed chase through Missoula, and was almost apprehended near Safeway on West Broadway before continuing toward North Reserve Street at speeds of up to 100 miles per hour.

When Williams drove the wrong way up a ramp connecting Broadway and North Reserve Street, his car died, Newell said.

Perry said after the car broke down on the ramp, the vehicle was surrounded by law enforcement vehicles, and in his opinion Williams was effectively in custody, posing no further flight risk.

Officer Kelly was close enough to the car to speak with Williams, but Newell said it was dark outside and officers couldn’t see clearly into the car, although the girlfriend appeared to be lying down and was yelling for help.

Newell said officers attempted to break the car windows to rescue her, but were unsuccessful.

Perry, on the other hand, said his current understanding is that no officer made an attempt to break any of the windows. He said the fiancee denies that she was yelling for help in any way or that she was in fear for her life.

Newell said Williams had the woman in a “lethal stranglehold” when he was shot.

“I’m a little confused about their statement. Somehow they can see she is being strangled or held down, but they say it’s too dark to see if there is a weapon,” Perry said Saturday. “They all carry flashlights, most of the police cars I see around Missoula have searchlights. They could have lit that vehicle up like a Christmas tree if they wanted to.”

Perry said police never saw Williams wielding a weapon, and there was no evidence that he had a weapon.

“There’s an attempt to construct a justification for the use of fatal force here,” he said.

Perry said the fiancee denies that Williams was attempting to strangle her when Officer Kelly fired the shot that killed him. He declined to name the girlfriend, but an obituary for Williams lists his fiancee as Rita Daniel.

“He was holding her head down because he was afraid the police were going to shoot at her,” Perry said.

Perry said his office has conducted a preliminary investigation and spoken with witnesses at the scene, but that his understanding of the facts could change as he receives further information.

“Kelly did not in my opinion take appropriate steps to de-escalate the situation,” Perry said.

The fiancee was sitting in the front passenger seat of the vehicle next to Williams, Perry said.

He said the position of the shooting was troublesome, with the officer firing through the driver’s-side window into the car, something Perry said placed the passenger in danger.

“I think by doing that, it was reckless disregard for the passenger,” he said.

Perry said another officer was transporting Williams' mother back to her home when the chase began, and he engaged in it. The cruiser, with the mother in the back seat, arrived at the scene and the mother was next to the Montana Lil’s casino on the other side of North Reserve Street.

Perry said the mother’s cellphone was in the vehicle Williams was driving, but that law enforcement did not attempt to call the phone, or use the mother to help talk with Williams.

“Law enforcement could have asked Kaileb to allow the fiancee to leave the vehicle,” he said.

After the shooting happened, the mother went inside the casino. Perry said he spoke with an employee of the casino who told him that the civilian coroner from Sanders County and a law enforcement officer eventually came into the casino and told the mother her son had committed “suicide with a firearm.”

In his investigation so far, the attorney said he has not seen any attempt by police to use a Taser, bring in a hostage negotiator, or any attempt to physically remove Williams from the car.

In addition, photographs taken after the shooting do not show any hand marks, bruising or contusions on the fiancee’s neck, Perry said.

Newell said the fiancee has been interviewed, and told law enforcement Williams was heading toward Interstate 90 and was going to drive into oncoming traffic to kill both of them. Perry said she denies making statements to that effect.

In response to the attorney's allegations on Saturday, a Missoula County sheriff's deputy said that all further media contact regarding the case would have to be handled through the Missoula County Attorney’s Office.

Williams had a previous drug-related conviction and was on probation at the time of the shooting.

Early in his work on the case, Perry said he sees the shooting as a potential use of excessive force, and said it could lead to a civil rights lawsuit.

Investigation of fatal officer-involved shooting to culminate with inquest

The man who was shot by a sheriff's captain on New Year's Eve is being held in the Missoula County jail pending a $50,000 bail. Eugene Statelen, 42, was released from a Missoula hospital Monday night after being treated for two non-life-threatening bullet wounds, including one to his head.

As Montana law enforcement agencies investigate the fourth officer-involved shooting – and third fatality – in less than a month, the state jo…

The investigative report into the fatal shooting of a 20-year-old man by a Missoula police officer has not been released to the public, but th…

A coroner's inquest to determine whether charges will be filed in the Dec. 31 fatal shooting of a 20-year-old man by a Missoula police officer…

The Kaileb Williams described by authorities in the days after he was fatally shot by a Missoula police officer isn’t the man Rita Daniel remembers.

An initial investigation has found a Missoula police officer was justified in shooting a 20-year-old man early Wednesday following a 100-mph chase down West Broadway. Authorities on Friday identified the dead man as Kaileb Cole Williams. 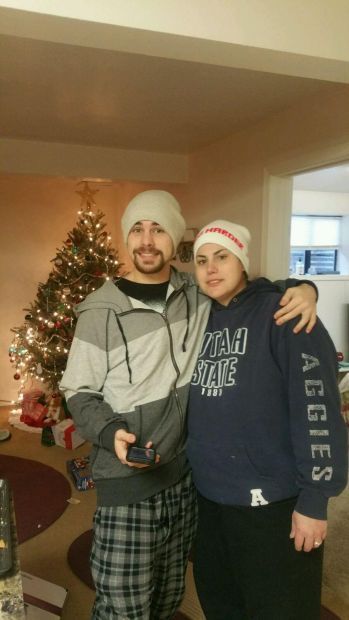 Kaileb Williams with his mother Rhenon Williams at Christmas. 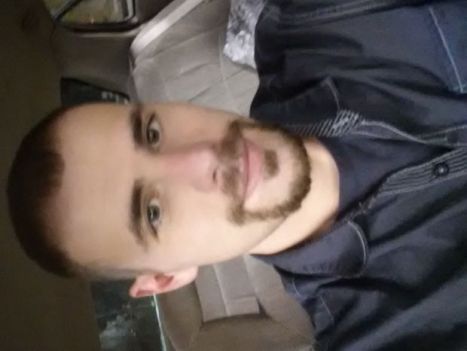