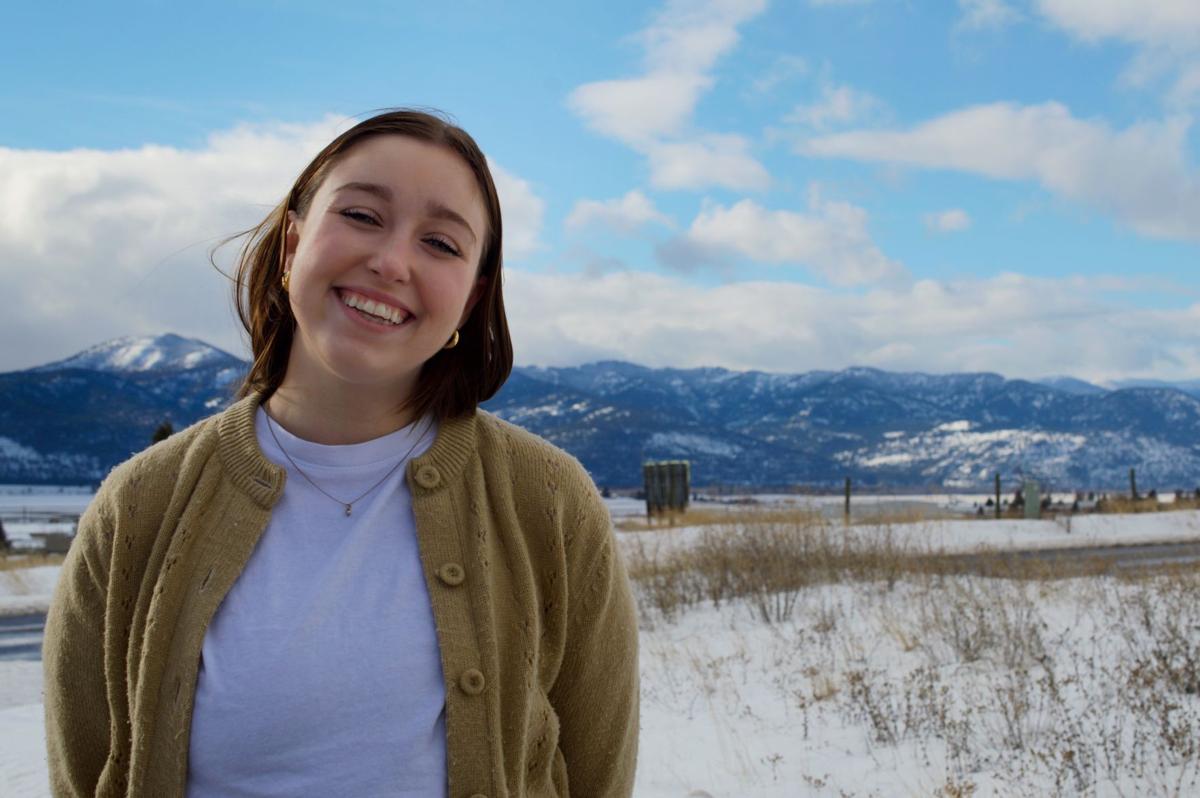 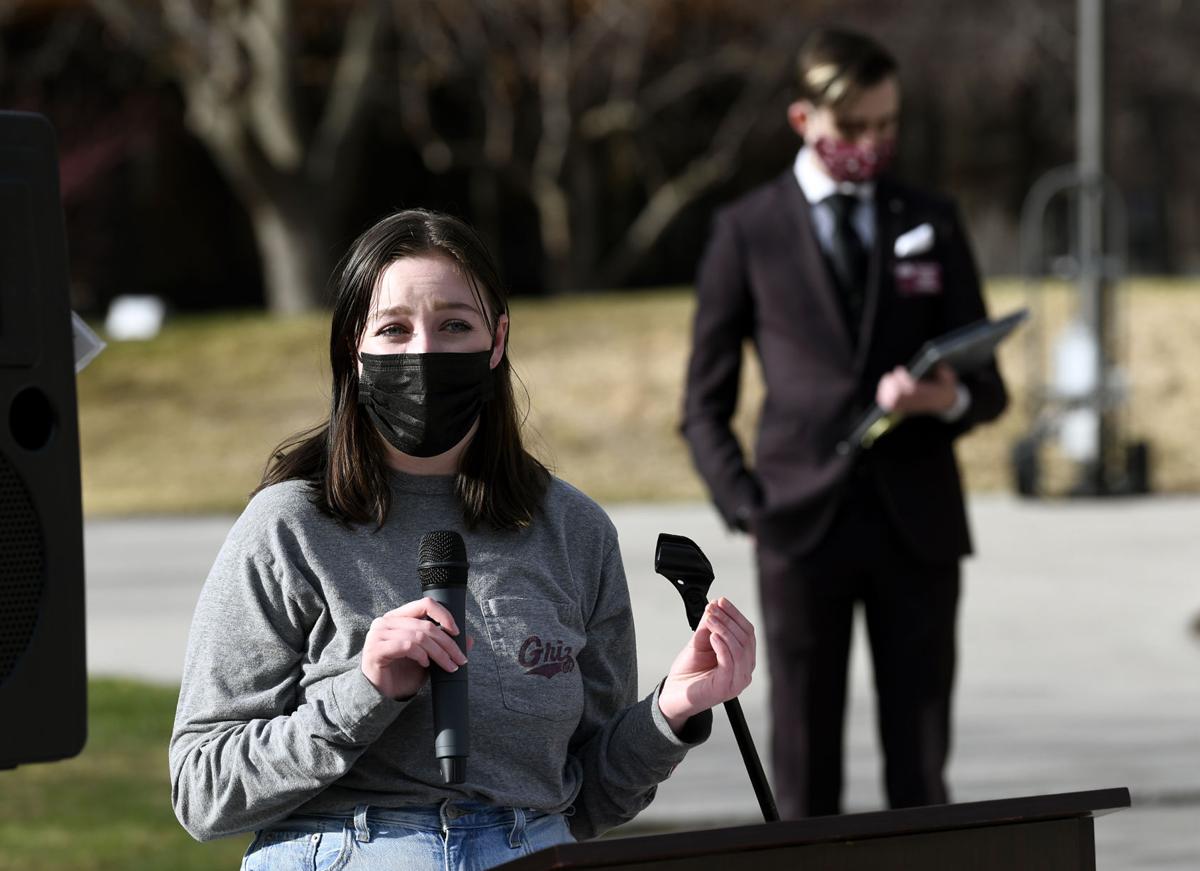 Maggie Bornstein, then a student political action director at the University of Montana, speaks in April 2021 about the ramifications of HB 112, banning transgender women from competing on women's sports teams.

Maggie Bornstein announced Wednesday her intention to run as a Democrat for House District 96.

Bornstein joins fellow Democrat Jonathan Karlen and incumbent Republican Kathy Whitman in the race for the seat. House District 96 runs from the eastern edge of Missoula to Huson.

Bornstein is a former political organizer and works in the nonprofit sphere, according to a news release. She was also the student political action director for University of Montana students during the 2021 legislative session.

A UM graduate, she has worked with the Montana Human Rights Network as well as volunteer organizations.

"In Helena, Maggie will focus on housing through the lens of domestic and sexual violence, the leading cause of homelessness among women in the United States, food insecurity, and affordable childcare," the release said.

Karlen is a Boone and Crockett Club Wildlife Conservation Fellow at UM and is working toward a master's degree in public administration. Karlen was also appointed by city council to a position on the city's Energy and Climate team in August.

He wrote and successfully lobbied a bipartisan hunting and fishing license bill during the last session, his campaign site said.

"In the legislature, he'll work to build consensus around policies that promote economic mobility, ensure that every child gets an excellent education, and that our land, wildlife, and water are protected for future generations," his campaign site says. "At the center of his advocacy for Montanans will be the freedoms and rights granted to us by the Montana Constitution."

Whitman was first elected in 2020. She previously has served on school boards and local development groups.

"I would like to make sure that our Montana values go into all of the decision making. We have to be smart about spending YOUR TAX DOLLARS, while advancing education, public safety and infrastructure," her campaign website states.

Election judges are part-time staff at the elections office during the voting process, doing everything from operating polling equipment to answering questions and handing out "I voted" stickers.

The tribal election was held Dec. 18 and certified on Dec. 22. Friday’s meeting was the first quarterly held with the public present in nearly two years.

Six new city councilors, three municipal judges and the mayor were all sworn in on Monday afternoon at city council chambers.

At some locations, such as Starrbuds on Broadway Street, lines formed prior to opening on Saturday morning.

In a video posted to her Facebook page, Shelly Fyant wished Jim Malatare luck for his term, saying "I have nothing but good thoughts and good intentions for the council."

Election filings begin for positions in and around Missoula County

The midterm political cycle is picking up as filings began Jan. 13 for the 2022 federal general election last week.

Maggie Bornstein, then a student political action director at the University of Montana, speaks in April 2021 about the ramifications of HB 112, banning transgender women from competing on women's sports teams.