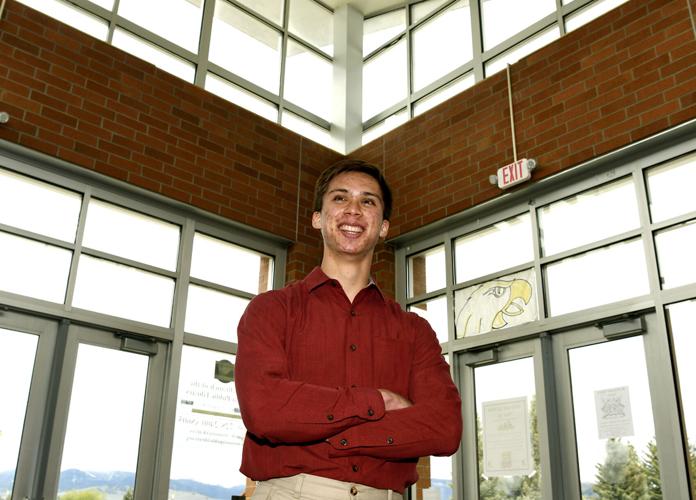 Ben Carter took advantage of as many academic and service club opportunities as possible while a student at Big Sky High School. The graduating senior plans to study computer science at Georgia Tech this fall. 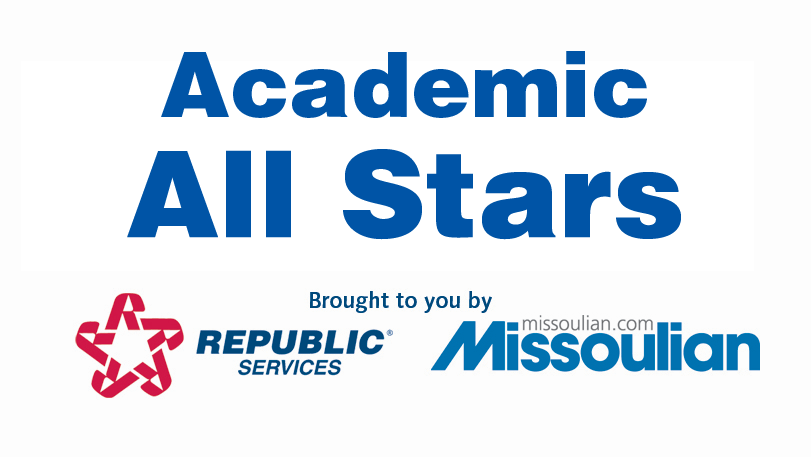 Taking advantage of any opportunity that presents itself and making the most of it might be Ben Carter’s secret to success.

All of that and more he juggled with rigorous academics through the school’s Health Science Academy, topped with a number of International Baccalaureate and other dual-enrollment classes, while also being a three-sport athlete.

“He handles all these myriad of activities with diligence and grace and a maturity beyond his years,” wrote Heather Williams, Carter’s high school counselor of three years.

Though much of his time in high school was spent in classes related to health careers, his true passion lies in computer science.

Carter didn’t have a personal computer or a cellphone until he began high school. His dad was a software engineer for a time.

“I think that lack of technology really helped me appreciate it when I finally got it,” Carter said.

He wasn’t able to take computer science classes in high school, so he jumped at every opportunity to learn more about it. He enrolled in courses at the University of Montana, took online classes through Dartmouth and spent time teaching himself different coding languages with some help from YouTube.

Michael Cassens, a professor at UM who teaches game design and interactive media, was instrumental in Carter's success taking college classes as a high schooler.

“He’s a super nice, generous guy and I was really glad that I was able to work with him,” Carter said. "He was able to mentor me especially because I was taking a class with other college kids, so that was a little bit intimidating. I’d get on the Google Meets and they’d all be in their dorm rooms and I was sitting in my parent’s house.”

By the end of the semester, one of Carter’s classmates reached out to him for help on a project.

After applying for computer science programs across the country, Carter decided to continue his education at Georgia Tech this fall.

“I just went to Georgia Tech and I loved it," he said. "I loved Atlanta and I liked all the people there. And the weather is awesome. I’m a Montana boy so the humidity and warmth there was awesome.”

For four years, Carter participated in Key Club and is currently co-president.

“Essentially, what our club does is we reach out or hear from members of the community who need help in some sort of way and we’ll help them out, whether that’s sending them volunteers or fundraising for them or doing a food drive for them,” Carter said.

The pandemic hampered many of the volunteer opportunities that the Key Club normally engages in, but it is making a comeback. In fact, the club raised the number of service hours needed to earn a varsity letter.

“I think we did an excellent job, and I think we have done a better job bouncing back, especially because people are in need of help more than ever now coming off of COVID,” Carter said.

Earlier this fall, Carter organized a food drive competition between Big Sky, Hellgate and Sentinel high schools to see who could raise the most food for the Missoula Food Bank.

Which school came out on top?

“Oh, Big Sky of course,” Ben said with a grin, noting that his school raised almost half of all the food collected.

Carter’s advice for other students would be to take advantage of as many opportunities as they can. The pandemic made him realize how fleeting high school and free education are, he said.

“Maybe (my advice) for seniors in particular would be to keep working hard on your studies,” Carter said. “Don’t let senioritis get to you and don’t abandon ship, because being able to push through and finish what you’ve started is a really important trait to have.”

Regents received over 250 pages of public comment with most objecting to naming the building after Gianforte.

Students returned to the Adams Center for spring commencement from the University of Montana after the pandemic disrupted ceremonies for the last two years.

'Life of the mind': Math student graduates with doctorate from University of Montana

Jack Finlay was first diagnosed with ALS during his junior year of undergraduate studies in November 2010. He dreamt of becoming a doctor, but his diagnosis made him consider another path.

Though the board worked to find a balance between eliminating barriers to various educator’s licenses without sacrificing quality of instruction, not all in the education community are convinced.

Across the country, many child care workers participated in A Day Without Child Care by going on strike. Most Missoula providers opted against closing their doors.

'Second to none': Blakely to be next Hellgate Elementary superintendent

After six years of working with Hellgate Elementary, assistant superintendent Molly Blakely is stepping up to the role of superintendent.

Williams enjoyed his senior year because of the strong bonds he’s built the last four years with his peers, teachers and staff members at the school.

When she first started at Stevensville High School, Addy Rodolph was a quiet and shy freshman. By her senior year, she grew into a confident leader.

MCPS to recommend scaling back Spanish instruction at Paxson Elementary

Many parents are dismayed by the decision and have spoken out in submitted public comment to the school board, during public comment at meetings and in a petition signed by over 200 people online.

Extreme cold weather in Afghanistan leads to over 160 deaths

Extreme cold weather in Afghanistan leads to over 160 deaths

Ben Carter took advantage of as many academic and service club opportunities as possible while a student at Big Sky High School. The graduating senior plans to study computer science at Georgia Tech this fall.