Caras Park is getting a major makeover this fall, with a more accessible design and improvements meant to help transform it into a year-round gathering spot.

The Missoula Redevelopment Agency’s board voted last week to contribute $50,000 in public tax increment financing funds to make it happen.

Linda McCarthy, executive director of the nonprofit Downtown Missoula Partnership, said the goal is to make Caras Park a year-round destination rather than just a seasonal space for events and festivals.

“Our goal with this plan is parks for everyone,” she said. “We need to create and maintain spaces that provide opportunities for everyone year-round.”

The partnership plans to rebuild the concrete amphitheater to add green grass between rows of concrete. The hill will be taken out in conjunction with a stormwater infiltration project conducted by the city this fall, and it will be replaced with a flat lawn surrounded by a seating wall. There will also be improvements to lighting and power infrastructure to accommodate the growing number of food trucks and others that utilize the space for events.

“We’re going to change the dead grass around the events ring into a plaza and we’re widening the riverfront trail from 8 feet to 18 feet,” McCarthy said. “We’re working with Parks and Recreation staff and stormwater staff.”

The Downtown Missoula Partnership is in the silent phase of a capital campaign to raise roughly $650,000 for the improvements, to go along with $600,000 from the Missoula Parks and Recreation Department. They’ve raised $350,000 in eight weeks from local businesses, McCarthy said.

“We’ve gotten a good response from businesses in the community,” she said.

She noted her organization has invested more than $650,000 over the last 10 years in improvements to Caras Park.

The improvements this fall will be the first phase of the project. In the second phase, the partnership hopes to add a plaza for the farmers market, new restrooms, formal river access points and eventually a new ice-skating ribbon.

With more people living and visiting downtown in recent years, the goal is for Caras Park to be utilized 12 months of the year rather than just for events and festivals during the warmer seasons, McCarthy said.

Ellen Buchanan, the director of the redevelopment agency, told the board that the city will save money by having the Caras Park improvements done during the stormwater project.

“If the initial phase of the improvements to Caras Park are constructed jointly with the city’s stormwater project and while the bridge construction is underway, we can accomplish two goals,” she said. “It’s a cost saving of approximately $100,000 and elimination of the need to close the park down again if the two projects are done separately.”

The improvements are called for in the North Riverside Parks and Trails Plan, a document created by the parks department and numerous other organizations and agencies.

“That plan lays out an ambitious vision for Caras Park that will expand the use of the park to year-round, make the park more accessible and available to all of our citizens, upgrade and replace aging infrastructure and expand the types of events and uses that the park will accommodate,” Buchanan said.

A new fast-casual restaurant is opening on Reserve Street. Also, the downtown Taco Del Sol is moving into the now-closed Vietnam Grill space next door.

There will still be events in Caras Park this summer, but details aren't finalized and social-distancing figures to play a big role. Also, the hill in the park will be removed in the late fall.

Missoula County is embarking on an ambitious plan to throw out its old zoning code and replace it with one better reflecting the county's growth policy, which was adopted five years ago.

The proposed changes would add cap the amount of TIF available and focus spending on affordable housing, childcare and infrastructure.

The big grassy hill in Caras Park in downtown Missoula is not long for this world.

The project received $269,000 in Tax Increment Financing funds to help with asbestos removal, utility relocation and the creation of new public parking.

The annual Garden City Brewfest is slated for this Saturday, May 7 in downtown Missoula. 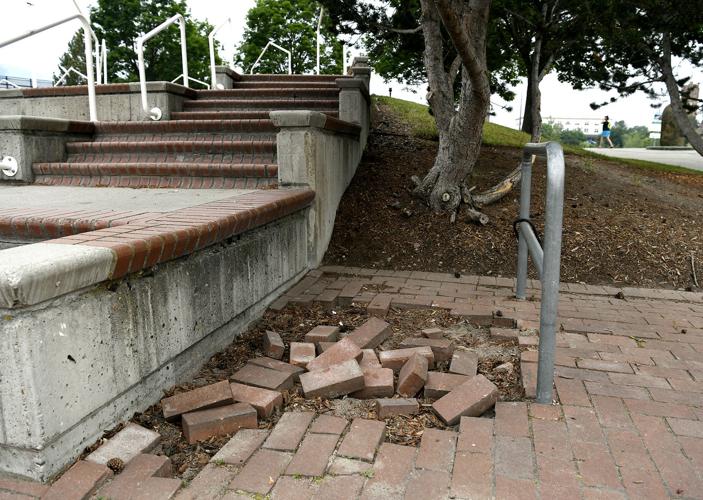 The concrete amphitheater at Caras Park will be rebuilt this fall.

The near-term plan for Caras Park, found in the North Riverside Parks and Trails Plan created by the Downtown Missoula Partnership and other agencies, calls for an ice ribbon and other amenities. 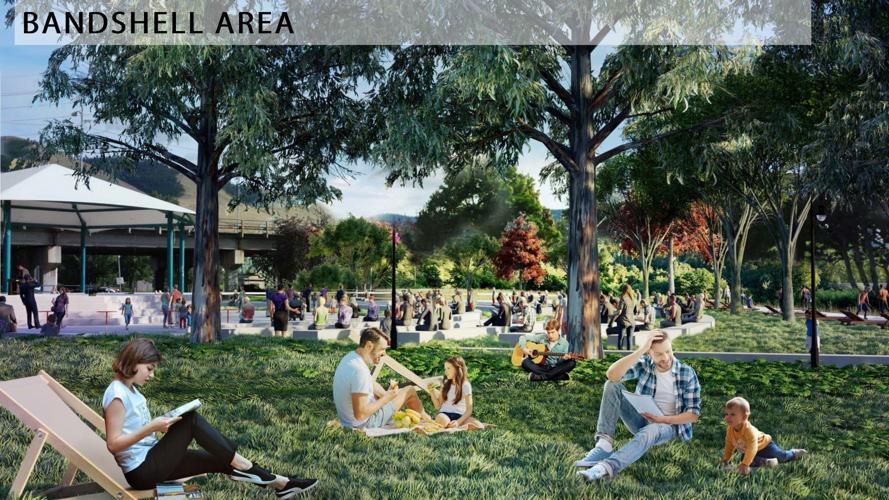 This rendering depicts the potential of the new amphitheater seating and flattened green hill.