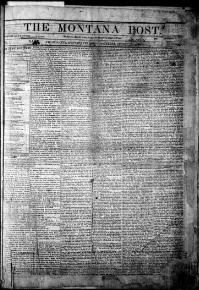 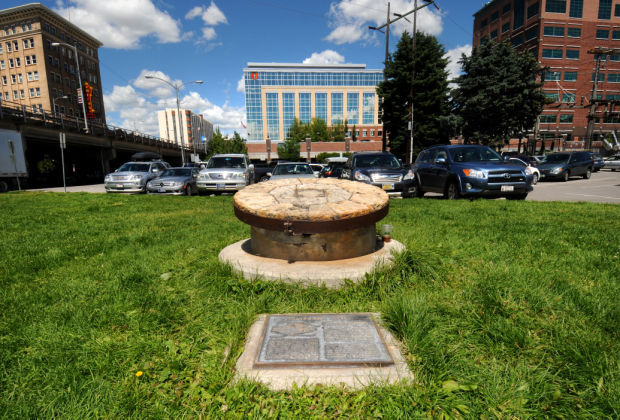 He called himself “Karriakkan,” and he wielded an acerbic pen.

“At times,” he wrote from Hellgate to the Montana Post in Virginia City in 1865, “a philanthropic traveler passes our way, who (brings issues of the Post) and thus throws a gleam of light on the obscurity which generally prevails. Our part of the country seems to be forgotten by you as well as by everyone else.”

Probably Karriakkan was a pen name of Charles Schafft, a prolific writer who wrote in similar style under pseudonyms for other newspapers in made-for-movies life. As the Post’s new western Montana correspondent, he said in his debut appearance in the July 25 issue that he agreed with his predecessor, “Franklin,” who had denounced members of the territory's first legislative assembly that winter as “whiskey-drinkers and imbeciles.”

Karriakkan’s beef was over the Legislature's granting of toll road, bridge and ferry franchises – 47 in all – on public roadways. Of specific concern were those on the U.S. Military (Mullan) Road that connected the west with the gold-rich east side of the mountains. Year-round upkeep of the road was left to profiteers who could charge travelers up to $4 to cross a bridge with a wagon and two animals.

“Because one or two grasping or destitute individuals wanted to travel in cold weather over high streams, it gave an excuse to our member to apply for and obtain a charter, which has effectually … separated us, so to say, from the Territory,” Karriakkan/Schafft asserted.

You’ve come a long way in a century and a half, Missoula.

Today you can sit and sip a cappuccino, log onto your favorite Internet access gadget, and open up that and all other editions of the Montana Post, as well as hundreds of other 19th and 20th century newspapers.

With the aid of grants from the National Endowment for the Humanities, the folks at the Montana Historical Society in Helena have digitized every issue of the Post, Montana’s first newspaper. It was first published in Virginia City in September 1864 and last in Helena in June 1869.

Digital images of those and other Montana papers are being continuously added to the Library of Congress website, Chronicling America. The text of every issue is keyword-searchable.

Enter “Missoula” and you get some interesting insights into the birth of the town that’s marking its sesquicentennial this year.

First mention of “Missoula” isn’t in the Montana Post but the Washington Standard of Olympia. The Dec. 15, 1860, issue rehashed recent activity of the Washington Territorial Legislature.

An item from the Dec. 8 session noted, “Mr. Simms introduced a bill to organize the county of Missoula out of that portion of Spokane county in Bitter Root and St. Mary’s Valley.”

The bill quickly passed. Alas, the Standard provided no details on why John A. Simms of Walla Walla chose the name “Missoula.” A petition signed by the scattering of people living in western Montana, and as many from the Mullan Road construction crew who were just passing through, had suggested “Bitter Root.”

Later references in the Washington Standard reveal that the territorial legislators in January 1863 separately authorized C.P. Higgins and Francis Worden to build bridges in Missoula County. (It was probably no coincidence that both Higgins and Worden were members of the first Montana Territorial Legislature).

The Montana Post’s initial reference to Missoula County, M.T., was in its fifth issue on Sept. 24, 1864. It showed how low the county ranked in the pecking order in those early years. Of the 20 people called to Virginia City to nominate a candidate for territorial delegate to Congress, seven were from Madison County and seven more from Beaverhead and Jefferson counties. Missoula County would send but one.

Billy Hamilton arrived in this valley too early to make the pages of the Post. He saw the convergence of Indian trails here in 1858 and set up a trading post just west of the mouth of Rattlesnake Creek.

It didn’t last, but Hamilton operated long enough to sell liquor to workers digging a ditch from the creek to the sawmill downstream that would become a foundation of Missoula Mills.

A shift of population and commerce from the village of Hell Gate, founded in 1860, into Missoula began taking place in late 1864. Missoula Mills wasn’t referred to as such in Chronicling America newspapers until June 23, 1866.

Then, twice on Page 2 of the Montana Post, the new town is mentioned, in both cases having to do with the U.S. Postal Service. A.J. Oliver & Co. had received a contract to deliver mail from Virginia City to “Missoula Mills, Hellgate.”

Schafft was also appointed, then elected, as both Missoula County’s first clerk and recorder and one of its first justices of the peace in 1865 and 1866.

At various times, he was left in charge of the Flathead Indian Agency when the reigning agents were away. And in beautiful penmanship, Schafft transcribed a Flathead-to-English dictionary for Father Urban Grassi at St. Ignatius.

He did it all minus both feet, which he lost to amputation in early 1862 after freezing them solid during construction of the Mullan Road. The surgery took place at Cantonment Wright at the mouth of the Blackfoot River, which the Mullan crew spent the winter spanning with what subsequently became a toll bridge.

A correspondent who traveled from Helena to Idaho’s Lake Pend Oreille in late 1866 provided a cursory timeline of Missoula’s early development. From his report, written under the nom de plume of “Everywhere,” it seems that Missoula had shed the “Mills” even as the second mill was finished.

“The town of Missoula, situated on the Hell Gate river … is a sprightly little village containing about twenty houses,” reported Everywhere. “The first cabin was built here in December 1864, and shortly after a sawmill was erected.”

“Messrs. Worden & Higgins have just completed a large flouring mill, thirty-six feet square and three stories high, with a capacious attic,” Everywhere continued. “The mill has been put up in a first class manner, and has cost over thirty thousand dollars.”

Remnants of the grist mill, to the east of the Higgins Avenue bridge, still exist in 2015. The millstone and an accompanying interpretive sign are in Caras Park. Brick arches have been preserved as part of the basement of the nearby Trail Head sporting goods store.

As Schafft noted in his first correspondence to the Montana Post in 1865, traders and ranchers in these western reaches couldn’t compete with the gold camps to the east for attention or political favor. There was hope, however.

“If appearances do not deceive, this county will produce its store of the oro before long,” he concluded. “But hold; I perceive you yawning; therefore think not too hard on the presumption of KARRIAKKAN.”

Missoula First Night looks back as well as forward

There was more to First Night than looking forward to a new year. The celebration was also h…

To check out Chronicling America

Chronicling America is a free website sponsored by the Library of Congress to which the Montana Historical Society has contributed hundreds of thousands of digitized pages from old newspapers around the state, including all the Daily Missoulians from 1909-1914. It can be accessed at chroniclingamerica.loc.gov or by doing a web search for “chronicling america.”

TWIN BRIDGES – As true-blood Montanans, we want to believe this story.

For all the attractions of Missoula and its surrounding valleys, it’s more due to the laws of probability that the Deschamps family has stayed…

Stories and Stones to return in October

They’ll rise from the dead again this year at the Missoula Cemetery.

Will Cave, Part 3: More stories on the origins of western Montana place names

We call it Ch-paa-qn (say "Ch-paw-kwin") these days, but it took an act of the Montana Legislature not that long ago to change the name of the…