Texas gunman posted on Facebook before attack on elementary school 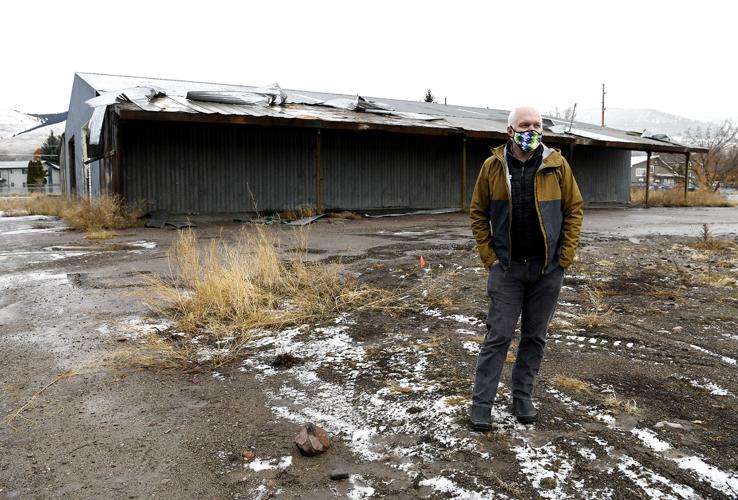 Jed Dennison stands near a dilapidated warehouse on property owned by the City of Missoula that is being planned for use as residential housing or mixed-use development. The property in central Missoula needs environmental remediation and deconstruction of old warehouses before any redevelopment can begin. 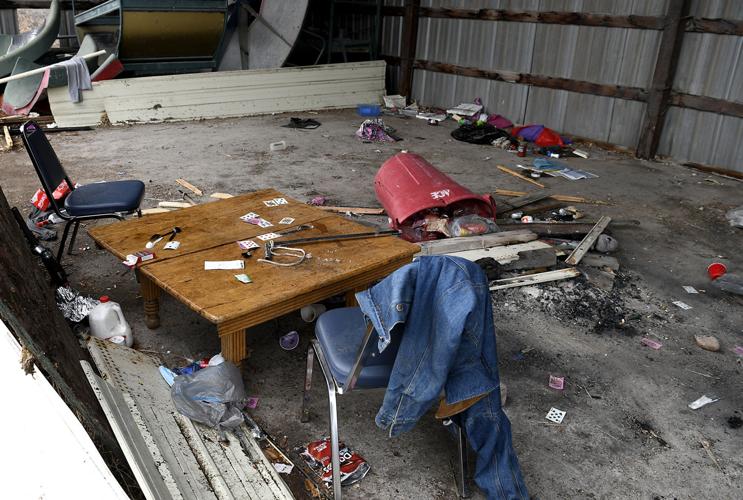 After the city and Poverello Center opened a nearby homeless shelter, transients have been trespassing on the property, creating a safety hazard and liability issue, Missoula Redevelopment Agency director Ellen Buchanan said.

The City of Missoula has grand plans for a huge, nearly empty property it owns in central Missoula near Southgate Mall, including much-needed housing or mixed-use developments.

But first, environmental remediation and the deconstruction of dilapidated old buildings has to get accomplished.

On Thursday, the Missoula Redevelopment Agency's board approved the use of $36,000 in Tax Increment Financing to help clean up the Montana Rail Link Property at 1930 South Avenue. The city purchased the 12-acre property in 2017 and turned part of it into a playground, dog park, trail connection and an urban garden. The former industrial site had been found to contain lead-impacted soils.

"The City of Missoula has been working toward delisting the Montana Rail Link  property at 1930 South Avenue from the Montana Department of Environmental Quality State Superfund list, to make the north end of the site 'shovel-ready' for mixed income residential and multi-use development," explained Annette Marchesseault, a project manager with the Redevelopment Agency. "The delisting process is being led by the Department of Community Planning, Development and Innovation with assistance from MRA staff."

The TIF money will supplement a Brownfields grant that's paying for most of the environmental assessment. Marchesseault said the delisting process is needed to make the property ready for residential development as quickly as possible. The environmental assessment could be completed by late spring 2021 and actual remediation work could occur during the 2021 construction season, with a good chance of delisting by the end of 2021.

The board also approved funding of about $24,800 to deconstruct two older buildings on the site to make way for eventual redevelopment.

With a newly opened temporary overnight homeless shelter opened on the property and operated by the Poverello Center and the City of Missoula, transients have been gaining access to the buildings. Ellen Buchanan, the director of the Missoula Redevelopment Agency, said that's a safety hazard and a liability issue.

"It has become increasingly difficult to secure the property in spite of the fencing," she told the board. "Two of the buildings formerly occupied by (a drywall company) have become a liability for the city over the past several months as a result of not being able to keep people from accessing the buildings. One is in dangerous structural condition and other has been occupied by transients and is dilapidated to the point that it is not in good enough condition to consider leasing for commercial occupancy."

Buchanan said the city has recently engaged Jed Dennison of ZillaState to manage the MRL properties as well as the city-owned former library building on Main Street.

"He has secured a tenant for the habitable building that is in the best condition and is recommending that the two most dilapidated structures be removed as quickly as possible," she said.

Dennison told the Missoulian that the 8 acres of property that have yet to be cleaned to residential standards could attract high interest from developers, as it's near both businesses and other residential neighborhoods and right on a bike path that connects to downtown.

"The ultimate disposition of the property is to redevelop the approximately 8 acres that are not part of the newly constructed MRL Park," Buchanan concluded. "The City has been engaged in an environmental assessment and eventual remediation of that acreage. This is required in order to reuse the property in the most beneficial way to serve the needs of the community. The property will ultimately be remediated to a residential standard and redeveloped as a mixed-use project with the majority of the new use being residential."

Missoula Mayor John Engen noted there's already been $14 million in taxpayer money invested in the area, which included the creation of Silver Park and a new road.

A new park in central Missoula is already seeing fairly heavy use, even though it’s only partially ready and is covered in snow.

The Missoula Redevelopment Agency’s board of commissioners took action on a number of large projects on Thursday, including approving the conc…

Two large redevelopment projects got the green light to move forward Wednesday from the Missoula Redevelopment Agency's board.

Missoula's county commissioners voted to allow a Temporary Safe Outdoor Space to continue operating, but not before admonishing some public co…

More details on the Flying Squirrel closure, Clyde Coffee is moving and MoFi is hoping to provide PPP to businesses owned by, located in or serving low-income communities and people of color.

"What's happening is an unprecedented rise in demand without a rise in supply to meet that demand," said Danny Tenenbaum, a Democrat representing Montana House Dist. 95.

Temperatures are predicted to reach as low as -20 degrees this week, so local homeless shelters are working to increase capacity while still maintaining safety guidelines.

The owner of Southgate Mall — Washington Prime Group — has filed for bankruptcy.

The building permit calls for a $2.4 million remodel.

Jed Dennison stands near a dilapidated warehouse on property owned by the City of Missoula that is being planned for use as residential housing or mixed-use development. The property in central Missoula needs environmental remediation and deconstruction of old warehouses before any redevelopment can begin.

After the city and Poverello Center opened a nearby homeless shelter, transients have been trespassing on the property, creating a safety hazard and liability issue, Missoula Redevelopment Agency director Ellen Buchanan said.