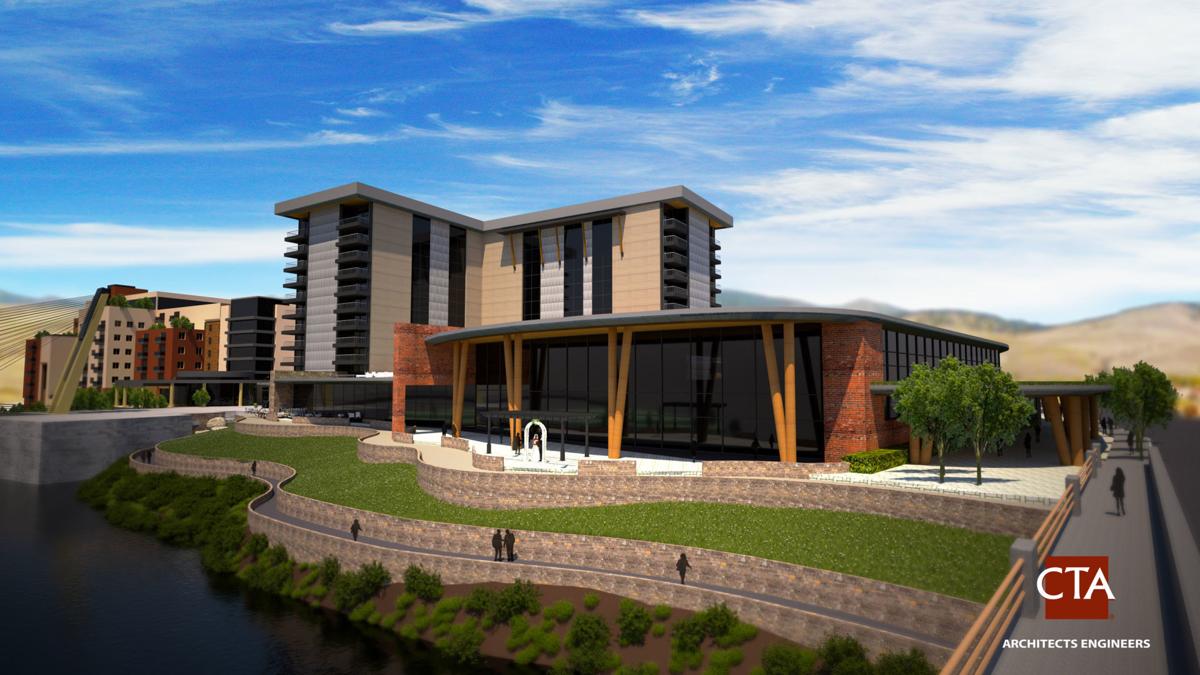 A rendering of the proposed 10-story hotel building, which includes three floors of condominiums on the top, and a 60,000-square-foot conference center to be built in downtown Missoula. 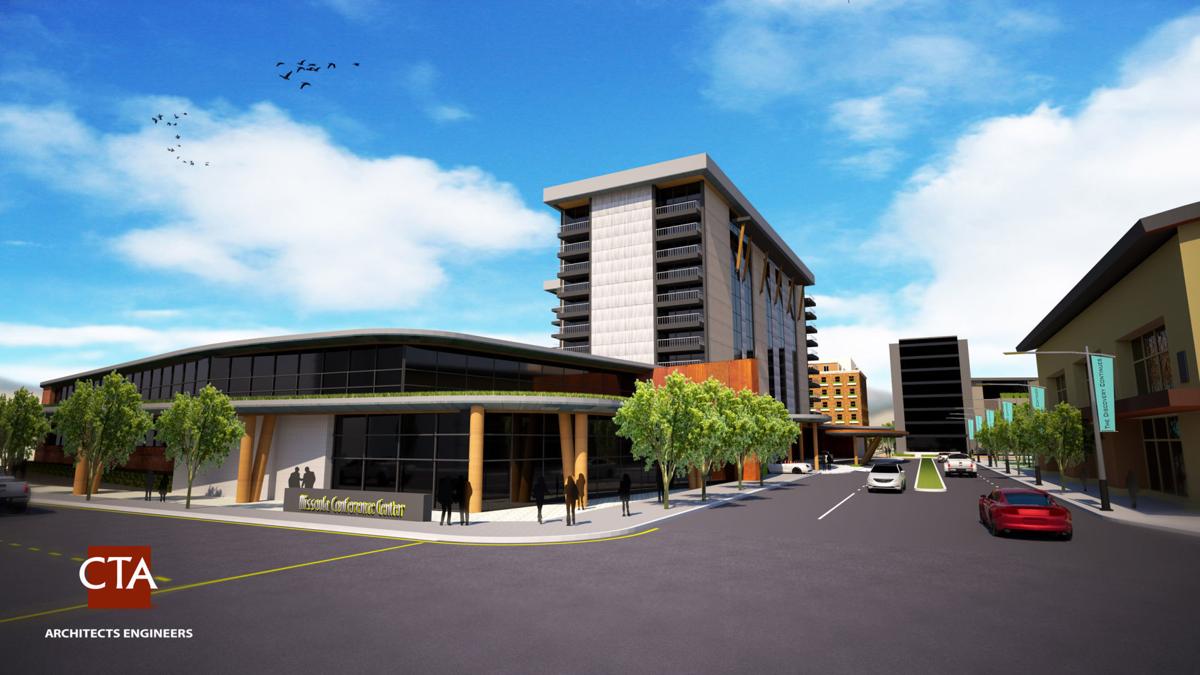 A view of the proposed development, looking west on Front Street.

A rendering of the proposed 10-story hotel building, which includes three floors of condominiums on the top, and a 60,000-square-foot conference center to be built in downtown Missoula.

A view of the proposed development, looking west on Front Street.

The Missoula City Council’s administration and finance committee has approved a one-year deadline extension for a $100 million proposed development in downtown.

Hotel Fox Partners, led by Farran Realty Group in Missoula, are trying to secure financing to build a 10-story hotel/condominium building, a 60,000-square-foot conference center and a 405-spot parking garage at the Riverfront Triangle in the vacant lot at the northwest corner of the Orange Street Bridge.

The city has granted the developers exclusive rights to the city-owned portion of the land.

The committee met Wednesday to discuss a developer’s request for the extension due to the death of a project manager and other circumstances.

City Council President Bryan von Lossberg said some people have asked him why a hotel and conference center can’t be built at the site of the current Missoula Public Library. The entire block on which the library sits was recently donated to the city, and when the library moves into its new building in mid-2020, the current site will be vacant.

Von Lossberg said the “thinking that’s emerging” around what the city will do with the current library block on East Main Street involves “housing and parking.”

He said the library site is in a residential neighborhood, so it wouldn’t be appropriate for a new hotel and conference center to be located there. He told his fellow council members that he believes the death of former project manager Barry Fisher is a legitimate reason for asking for a deadline extension and he hopes the project moves forward at the current site.

“Having sat on the working group for years now and seen the incredible amount of work that has gone into this, I think it absolutely merits an extension,” he said.

Council member Gwen Jones said the project is complex and it’s reasonable to grant an extension to the developers.

“This is a game changer, not only in the downtown area and envisioning the future of Missoula but taking it to the next level,” she said. “This is very outside of the box so I’m not surprised it’s taking a longer time to finance.”

The developers told the Missoula Redevelopment Agency (MRA) that they are having a hard time convincing investors to put money into the project since they are focused on larger cities.

Linda McCarthy, the executive director of the Downtown Missoula Partnership, expressed support for Jim McLeod and Pat Corrick of Hotel Fox Partners and their team.

“Something else to emphasize is Jim and Pat are Missoulians,” she said. “They’re vested in this community. They do good work.”

The city and the developers have entered into complex financial agreements to finance the project. The developers have agreed to purchase the city-owned portion of the land for $2.3 million, which will be paid for overtime with interest. Then, after the conference center is built, the city would use $16.5 million in Tax Increment Financing (TIF) revenue bonds to purchase the 60,000-square-foot conference center.

The city would also use $8.3 million in TIF to purchase the 405-space public parking garage, and that money would be paid back by parking revenue. The project would not raise any new taxes on Missoula citizens. However, since the project lies within an Urban Renewal District, all new property taxes generated by new development are diverted away from the city’s general fund and put back into the district for projects that benefit the public.

Due to difficulty securing financing and other circumstances, the Missoula developers proposing to build a 195-room hotel and conference cente…