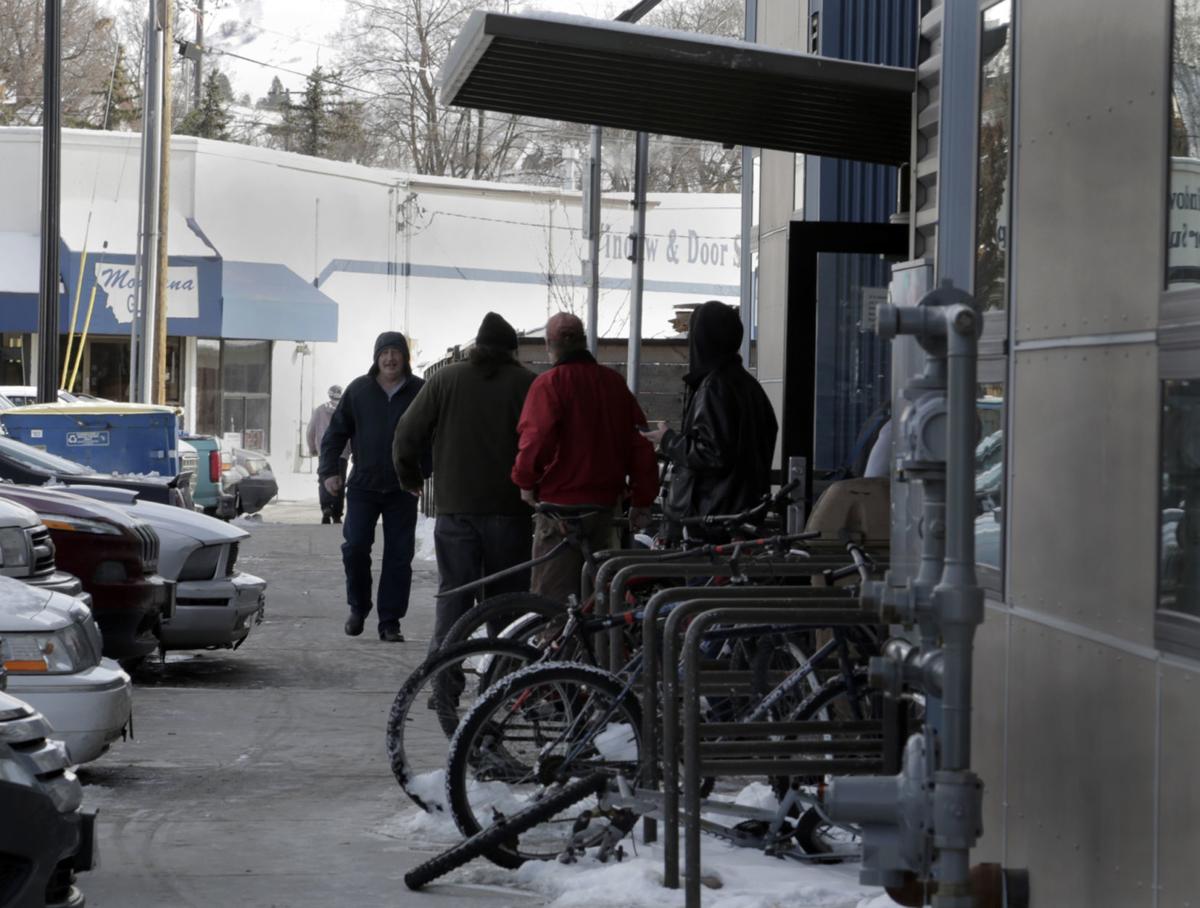 The Poverello Center homeless shelter is pictured in this 2018 file photo. 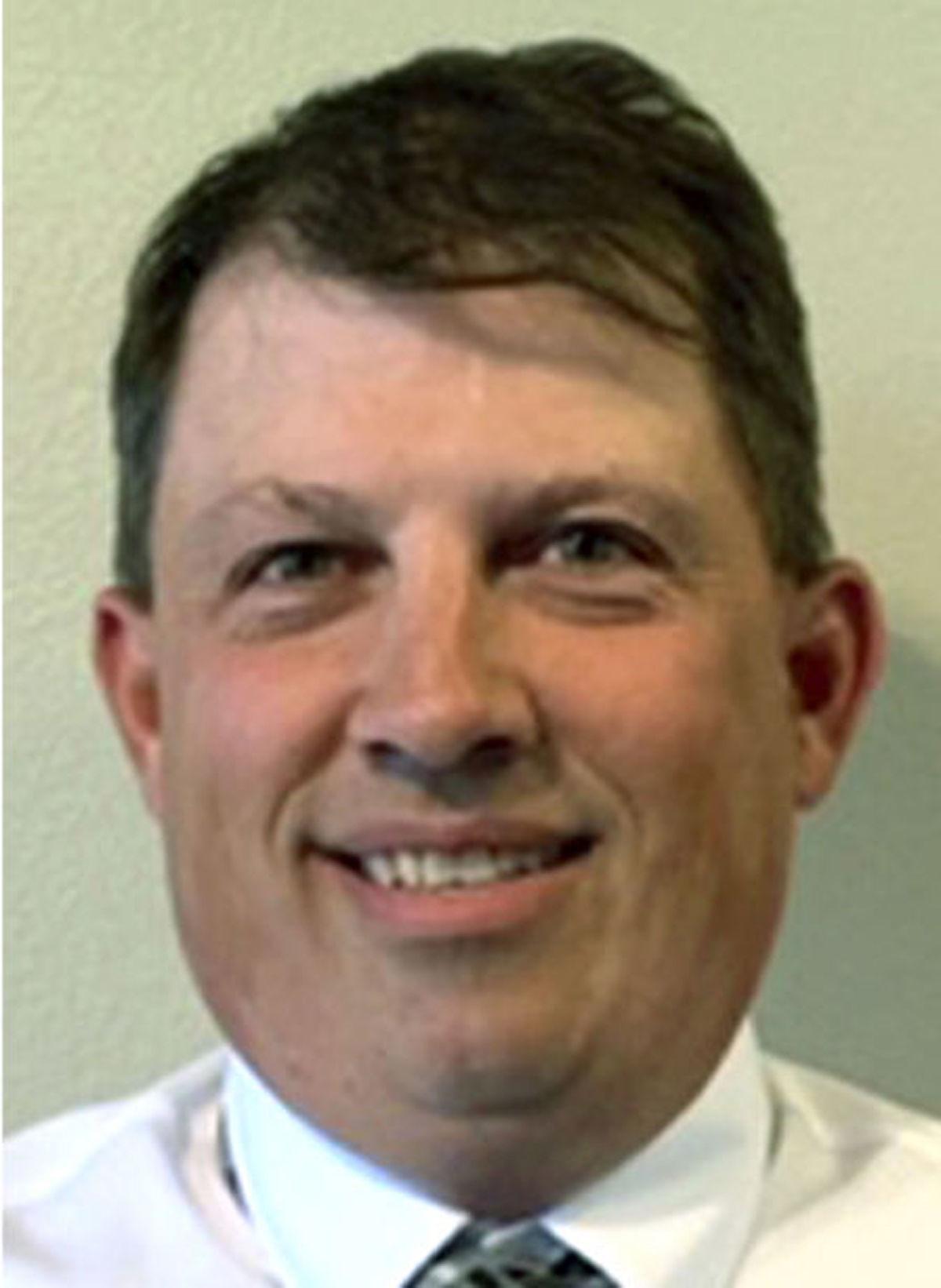 The Poverello Center homeless shelter is pictured in this 2018 file photo.

City officials involved in efforts to house the homeless are pushing back against a City Council candidate’s comments suggesting that Missoula’s homeless aren't from here, but come to take advantage of taxpayer-funded services.

On Sept. 25, Brent Sperry, a Missoula County Republican Party-endorsed candidate for City Council Ward 2, faced off against incumbent Mirtha Becerra in a forum.

Sperry responded that he spends a “fair amount of time” on vacation in Seattle chasing his kids around.

“So, that’s the homeless problem magnified greatly compared to Missoula but I kind of see Missoula as a miniature Seattle,” he continued. “I don’t think adding on, building more shelters is the answer. I really don’t believe that our homeless population are from Missoula. I think they are coming here for those services and I don’t think the solution is to keep building more. You’re never going to help the problem. You’re only going to magnify it.”

“Based on the data collected from Missoula shelters over the past six months, we do know that the majority of people seeking shelter and services are Montanans and most were living in Missoula County before becoming homeless,” she explained. “The reality is that there is a lack of resources for people who are at risk of homelessness or literally experiencing homelessness in Missoula and other parts of Montana, especially in rural communities.”

The Missoulian reached out to three different organizations to see if they had collected data on the homeless population, and Williams collected the data and shared it with the Missoulian.

The Poverello Center homeless shelter reported that 51% of people staying there reported that their last permanent address was in Missoula County before becoming homeless, and 66% reported it was in Montana.

At the Family Promise, a nonprofit that houses homeless families in town, 83% of people reported they were living in Missoula County before becoming homeless.

“Of the households that were not previously living in Missoula or Montana, one single mom fled a domestic violence situation from another state and another came to Missoula to be closer to their medical provider due to no transportation,” Williams said of the Family Promise data.

At the YWCA, which helps families experiencing homelessness and people fleeing dangerous situations, managers reported that the “majority” of clients are from Missoula or western Montana.

“For example, they have recently served people from Hamilton, Great Falls and many families from reservations,” Williams said.

She did not dispute the fact that some people come to Missoula when they’re in crisis and seeking help.

“Missoula is a welcoming community and people come here for a variety of reasons, whether it’s for work, to be closer to family, to be closer to a doctor, or to recreate,” she said. “We’re also considered a regional hub for medical care, human services, bulk grocery shopping and more. We value taking care of our neighbors, regardless of whether they are housed or unhoused."

When reached by phone on Wednesday, Sperry clarified his comments.

"I don't think all of (the homeless population) are not from here," he said. "I believe a lot of them aren't, though. I just go on stories I see in the paper. Eran Pehan (the director of the city's housing office) was talking about the multiple reasons why Missoula tracks relatively high numbers of people without stable housing, and it's for mental health services, health services, stuff like that."

Sperry said other cities in Montana, with the exception of Billings, don't provide as many services to homeless people as Missoula does.

"So it seems that they gravitate towards Missoula and Billings for that reason," he said. "Maybe it's time for other cities to step up."

"I read a lot of stuff on Seattle, and I just believe for every one unit (of affordable housing) you build you are going to have 100 people standing in line for it. The other big problem I have are quite a few people here are on the verge of losing their house or apartments. If we start subsidizing this and taxes keep going up, it's going to magnify the problem."

Sperry said he doesn't personally know anyone who has been forced to become homeless because of rising property taxes, but he said he's talked to some "older folks" on fixed income and relatives who are concerned about it.

A survey in January 2018 showed that there were 293 homeless individuals in the City of Missoula, or 23% of the estimated statewide total, the highest share of any single location in Montana. Those numbers fluctuate wildly every year because it’s taken on a single day, but the Poverello Center said 205 people slept there one frigid night in February.

“Missoula’s human services agencies, its local governments, its faith community and its residents believe that no one, whether a child, veteran, grandparent or friend, should be reduced to living in a shelter or in a car or on the street,” Williams said.

Susan Hay Patrick, the co-chair of the Reaching Home working group and the CEO of United Way of Missoula County, said surveys done in the early part of the decade showed roughly 60% of Missoula’s homeless population became homeless in Missoula.

“I've never, in 40 years of working on hunger/homelessness/poverty issues found much credence to the "magnet" theory,” she said in an email to the Missoulian. “I mean, the food bank didn't build its original building and say, ‘We're going to build this facility and hope we get some hungry people,’ any more than the Pov built its original shelter and said: ‘We hope we attract some homeless people.’ They were created IN RESPONSE to the problems of hunger and homelessness.”

Hay Patrick said Missoula is a hub for veterans and medical services, so it makes sense that people who are hungry and homeless find their way here.

“We need permanent supportive "low-barrier" housing for those facing the biggest barriers to housing, many of whom have long histories of substance abuse and mental health issues, yet there's little grant money for it (it's spendy) and, understandably, people aren't exactly begging for such facilities to be built in their neighborhoods,” she wrote. “I wouldn't be, either. Regardless, I think in Missoula we've decided as a community that the problem of homelessness isn't a can to be kicked down the road; it's something we want to solve, with multi-faceted, constructive solutions.”

“As far as the claim that our homeless population comes from elsewhere because they want to use our services, research data indicates the opposite,” he said. “Most of the homeless become homeless while they are living in Missoula (i.e. they are Missoula residents who become homeless) and those who do move here when they are homeless do so because of family or friends, not access to services.”

McGrath also believes that regardless of where homeless children or individuals are from, it’s in the interest of the entire community to find them shelter.

“We have a homeless population that have impacts on our community,” he said. “It is demonstrably cheaper to house people than to have them homeless.”

Williams said she wants to focus not on origins, but on finding solutions.

"Right now, our neighbors are having to make hard choices to avoid homelessness and if they can’t avoid it altogether, they’re doing whatever they can just to survive their situation and resolve their housing crisis," she said.