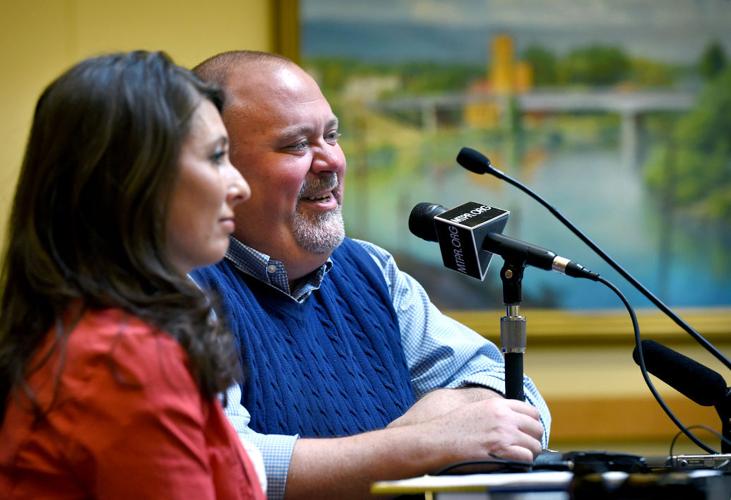 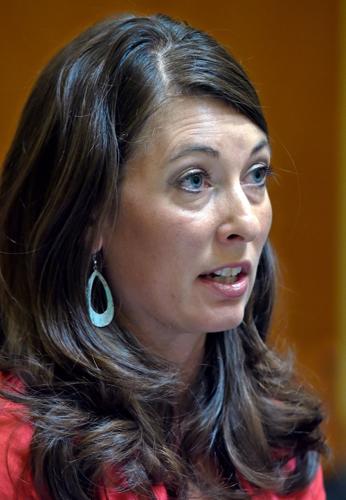 People in the community will benefit in many ways with the city of Missoula in control of the local water utility, according to an order from Missoula County District Court.

"Under municipal ownership, important financial decisions regarding the Water System can be based on promoting public health, safety and welfare rather than on decisions regarding returns on investments for a large and growing utility conglomerate," wrote Judge Karen Townsend.

In April 2014, Mayor John Engen took the water company and global equity firm The Carlyle Group to court to force a sale of the utility to the city of Missoula. This week, the judge ruled the city has the right to buy the water company using its power of eminent domain.

In a news conference Tuesday, Engen said much work remains to be done, but he is pleased with the thoughtful and deliberate decision from the court and grateful for the support of the citizens of Missoula.

"According to Judge Townsend's ruling ... the city now has proved its case on behalf of our current citizens and future generations, that public ownership of Missoula's water system is better for the community than private ownership," Engen said.

The most difficult part of the multimillion-dollar court proceeding was waiting for the verdict and enduring the 11 days of trial, the mayor said.

"The trial was very challenging, the intensity of the trial," Engen said. "(And) waiting for the decision, the uncertainty is very difficult."

At the news conference, a lawyer for the city encouraged every citizen to read the order to understand the judge's rationale. Natasha Prinzing Jones of Boone Karlberg said she believes the ruling is one that will withstand an appeal to the Montana Supreme Court.

"The people of Missoula deserve to control the destiny of their water supply," Jones said. "The evidence at trial proved that, under corporate ownership, the system has been losing more water to leakage than it delivers to customers.

"We are pleased that Judge Townsend determined the city is better suited to own the water system than an out-of-state or foreign conglomerate."

In the order, the judge found public ownership is "more necessary" than private ownership. She listed numerous benefits from city ownership, including stability of ownership, making public health a priority, local control, opportunities for public participation in decisions, opportunities for cost savings and "the city's ability to assure long-term access to a reliable, adequate supply of clean water for Missoula residents."

On Tuesday, a Carlyle spokesman declined to answer questions about the order or to address whether the firm planned to appeal. However, an attorney representing 39 Mountain Water Co. employees said he will appeal to the Montana Supreme Court.

Townsend's order addressed Carlyle's proposal to sell the Missoula company to the subsidiary of a Canadian company, the condition of the water pipes, public opinion, the potential for public participation in decisions about the water and the cost of private ownership to ratepayers.

In court, the city showed Mountain Water makes overhead payments to a corporate office in California, and the judge addressed the expense in the order.

"Mountain Water offered no testimony or evidence that the administrative services obtained from Park Water at the cost of over $2 million annually require unique qualifications or special expertise," the ruling said.

The judge also said the company that proposed to purchase Mountain, Liberty Utilities, offered no evidence those expenses would be reduced in the future. In fact, the order said, the Liberty president confirmed Mountain would be required to make the payments for "corporate oversight" if it succeeded in its purchase.

"(But) under municipal ownership, the Home Office Expense to a parent company would be eliminated, reducing the cost of administrative services supporting the Water System," the order said.

In a pending sale, Liberty offered to pay $327 million for Mountain Water and two other water companies, and Mountain argued the price would not affect the rates consumers pay. The judge disagreed.

"The Court does not find it credible that revenue requirements due to Liberty's acquisition costs will have no effect on rates," the order said.

On Tuesday, a Liberty spokeswoman did not address emailed questions about how the ruling would affect the company's proposal to purchase three water companies as a package from Carlyle.

In court, one of Mountain Water's star witnesses was Arthur Laffer, architect of the "Laffer Curve" and a chief economist for former President Ronald Reagan.

On the stand, Laffer testified public ownership was not necessary because Mountain Water had operated the utility "for a long time without major glitches." He also said water is not like other public services, such as fire and police.

"Acquisition of a water supply system by a municipality is not limited to only those instances in which the private owner is failing," the order said. "In a condemnation proceeding, the Court is required to consider more than whether the Water System is 'broke.'

"Dr. Laffer described water as a 'product.' Dr. Laffer's testimony did not address the critical nature of water supply and its inextricable link to the public health, safety and well-being of the community."

On the other hand, the community of Missoula has long worked to protect public health and the environment, the judge said. "The importance of protection of natural resources for the benefit of the public is deeply embedded in Missoula's culture."

The judged noted the private ownership has resulted in a lack of adequate investment in pipes and equipment in Missoula and in dams in the Rattlesnake Valley.

"Overall, the Water System is aging and requires capital investment to remedy deferred maintenance of key assets," the order said. "Significant capital expenditures will be required in the future regardless of the identity of the owner of the Water System.

"Under Municipal ownership, long-term planning for maintenance and capital expenditures can occur under the management of a stable, long-term owner."

Under private ownership, control of water is moving further away from Missoula, the judge wrote.

However, the court praised the water company as a "good corporate citizen," and the judge acknowledged the "adamantly expressed opposition of employees to the prospect of becoming city employees."

The judge also took public opinion into consideration, including testimony from Mayor Engen and council members and a public opinion poll. Mountain Water criticized the poll in court as an attempt to improperly influence the ruling, but the judge said the survey was "a reasonable method of measuring public support."

"The Court has not been improperly influenced by the poll or by any other extra-judicial means, including newspaper advertisements placed by Liberty prior to this proceeding," the order said.

At the news conference, Engen said he was surprised at the high level of support for public ownership, at some 70 percent in the poll. He also said he believed support for the acquisition only increased during the trial, months after the poll, as people learned about how profit motives shape policy for privately held utilities.

"I actually think that support grew and was galvanized during the course of the trial," Engen said.

In their remarks, the lawyers on behalf of the city of Missoula noted they are looking forward to finishing the work of acquiring the water utility. In a statement read by the mayor, lawyer Harry Schneider of Perkins Coie said his participation in the case was a privilege, and Jones agreed.

"I look forward to contributing what I can to completing our work and achieving for the city of Missoula what promises to be a lasting legacy of local ownership and control over their water," Schneider said in the statement.

Huckleberries – and a tall glass of water – to Monday's ruling from Missoula District Judge Karen Townsend, which paves the way for the city t…

Robert Dove called the shots for Carlyle in Missoula, and lost

Here in Missoula, the face of The Carlyle Group belongs to Robert Dove. Last week, the behemoth equity firm lost its multimillion dollar fight with the city of Missoula for control of the local drinking water system, and Dove's name was prominent in District Judge Karen Townsend's ruling.

The Carlyle Group on Tuesday appealed the Missoula District Court ruling that gives the city of Missoula the power to buy Mountain Water Co.

Mountain Water Co. filed a motion in Missoula County District Court on Tuesday, asking for a delay in the next step in the city of Missoula’s …

Mayor John Engen is considering a lawsuit against The Carlyle Group, one of the largest equity firms in the world.

The city of Missoula won the first round of its legal fight to take ownership of Mountain Water Co. – the preliminary order of condemnation se…

Judge will make verdict in Missoula water case a priority

When will the judge make a verdict?

A pricey coffee maker, the architect of Reaganomics, leaky pipes, a poll with "spin" questions and gobs of money all played roles in the city …

A managing director of The Carlyle Group said he had no plans to negotiate a sale of Mountain Water Co. to the city of Missoula, according to …