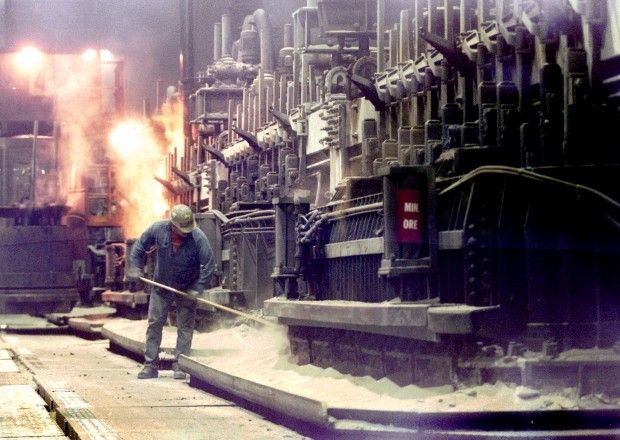 A worker is seen at the Columbia Falls Aluminum Co. plant in 1995. The U.S. Environmental Protection Agency will propose adding a the now-closed plant to a federal priority list of contaminated sites that need to be cleaned, according to a letter the agency sent to Gov. Steve Bullock. 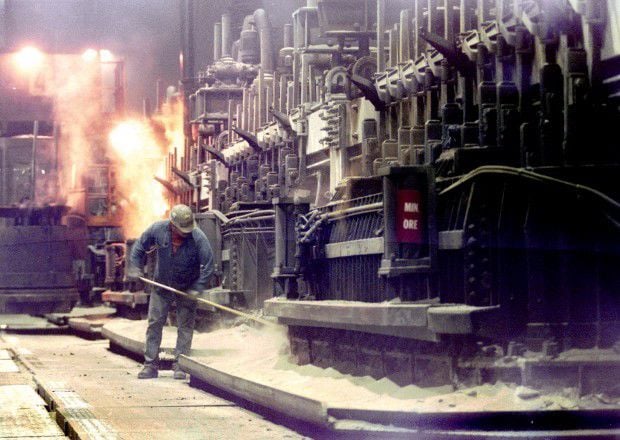 A worker is seen at the Columbia Falls Aluminum Co. plant in 1995.

COLUMBIA FALLS – A long chapter in the complicated history of the Flathead Valley has officially ended, but the book is still being written.

The Columbia Falls Aluminum Co. announced Tuesday that it is permanently closing the aluminum reduction plant located north of town along the Flathead River.

Although the plant hasn’t produced any aluminum in five years, it operated continuously from 1955 until 2009 under various owners, employing nearly 1,600 people in its glory days.

“Market forces, including raw materials costs, worldwide competition from more modern facilities and continuing depressed aluminum prices have combined to force CFAC to make the hard decision to permanently close the operation,” said company spokesman Haley Beaudry. “While this decision marks the end of aluminum production in Montana, it also paves the way for the possibility of finding alternative uses for the strategic property.”

Beaudry added that CFAC is moving on to the “next phase” of managing the property, which will include demolishing some of the buildings on the 2,500-acre site.

Last year, the Environmental Protection Agency found that high levels of cyanide, arsenic, lead and fluoride in the groundwater in and around the plant qualifies it as a federal Superfund site, a program established to clean up abandoned hazardous waste sites, but the agency is seeking public input before any decisions are made.

CFAC has said it opposes the Superfund listing, insisting the site would be difficult to clean up and the cleanup process would hinder development.

Last December, the company cut off negotiations with the state Department of Environmental Quality over how to clean up the toxic waste.

“CFAC is committed to complying with all applicable laws, rules and regulations during the closure and demolition process, including those relating to health, safety and the environment,” Beaudry said. “We look forward to working through this next chapter in as timely a manner as possible and helping to bring new industry to Columbia Falls.”

Last fall, Gov. Steve Bullock threw his support behind listing the area as a Superfund site.

"I am concerned that if this issue remains unaddressed, the contamination from the site is serious enough to pose long-term risks to the community and to Montana's environment, including the Flathead River," Bullock wrote in a news release.

CFAC is owned by the Switzerland-based international metals trading and mining conglomerate Glencore.

Since 2009, just a handful of workers have been maintaining the plant.

“The decision by CFAC to permanently close was a difficult one, but after deep consideration, management is confident it is in the best interests of the community,” Beaudry said. “This is the next step in making the property productive once again, and CFAC remains open and committed to procuring redevelopment interest.”

Top Dems: We have framework to pay for $3.5T bill

Top Dems: We have framework to pay for $3.5T bill

COLUMBIA FALLS – U.S. Sen. Jon Tester and Gov. Steve Bullock on Monday said an agreement has been reached that will lead to contaminated land …

HELENA – Gov. Steve Bullock has joined the call to have the shuttered Columbia Falls Aluminum Co. plant placed on the federal Superfund Nation…

A worker is seen at the Columbia Falls Aluminum Co. plant in 1995. The U.S. Environmental Protection Agency will propose adding a the now-closed plant to a federal priority list of contaminated sites that need to be cleaned, according to a letter the agency sent to Gov. Steve Bullock.

A worker is seen at the Columbia Falls Aluminum Co. plant in 1995.