Become a Member
Read Today's E-edition
Share This
Comeback from COVID-19: 'You're not over it in three weeks'
0 Comments
Share this
1 of 3 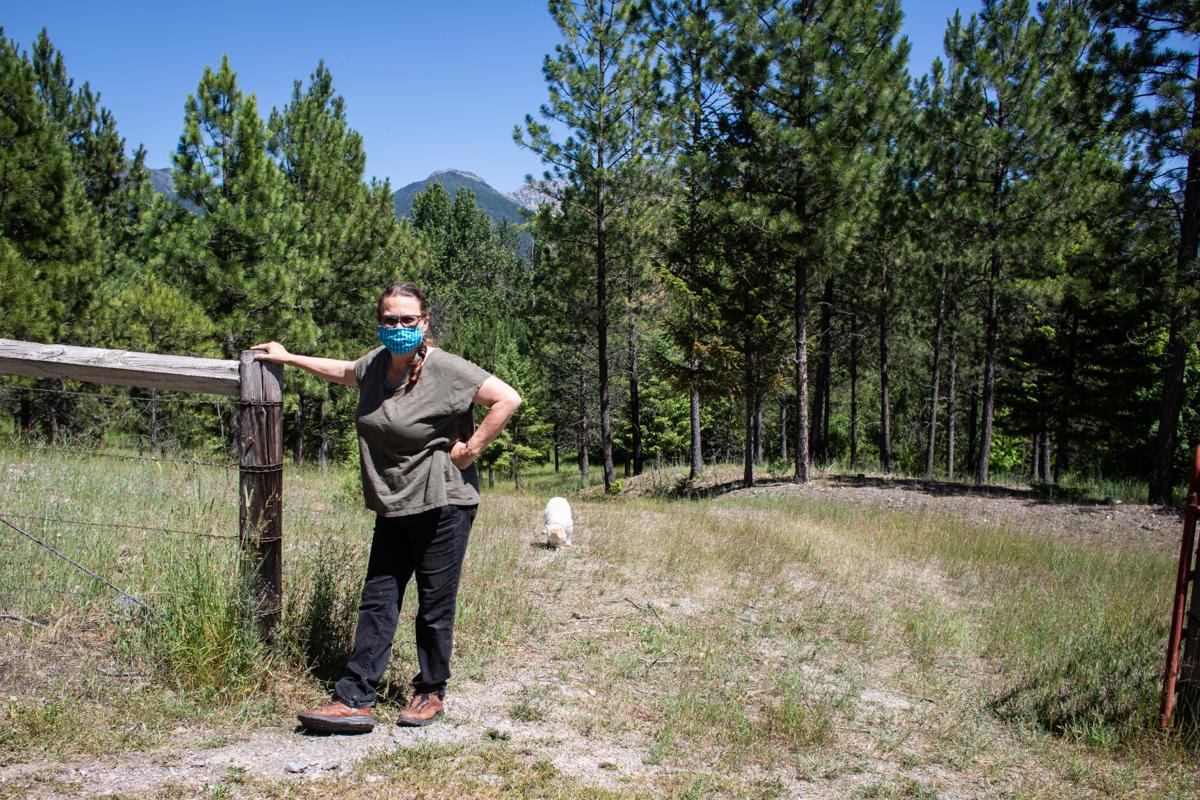 Heather Roan Robbins, a survivor of COVID-19, stands at the top of a hill on her property, catching her breath after the short climb on Saturday afternoon. Roan Robbins says she and her partner, Wren Walker Robbins, still have lingering symptoms - like breathlessness - four months after having the illness. 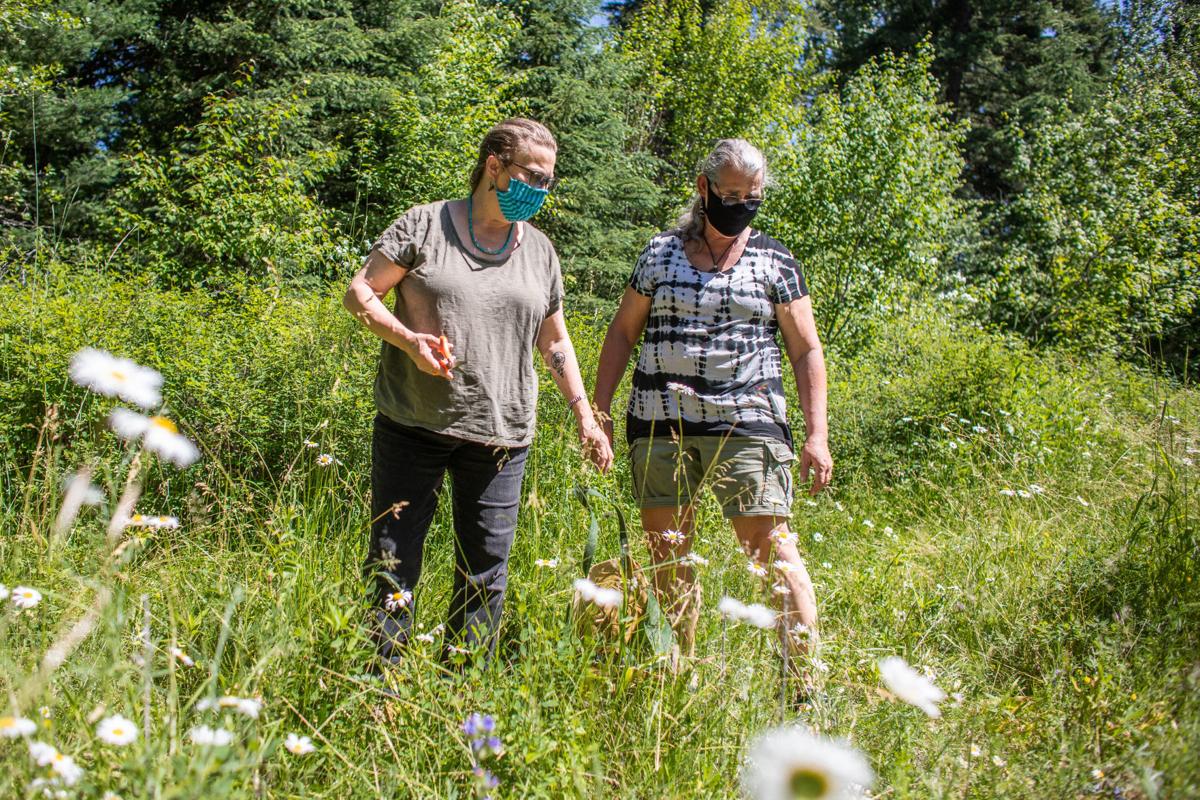 Heather Roan Robbins, left, and Wren Walker Robbins look for invasive plants during a walk around their property on Saturday afternoon. The two have been attempting the walks to search for weeds since their recovery from COVID-19, but say they still find themselves out of breath on their walks four months after having the sickness. 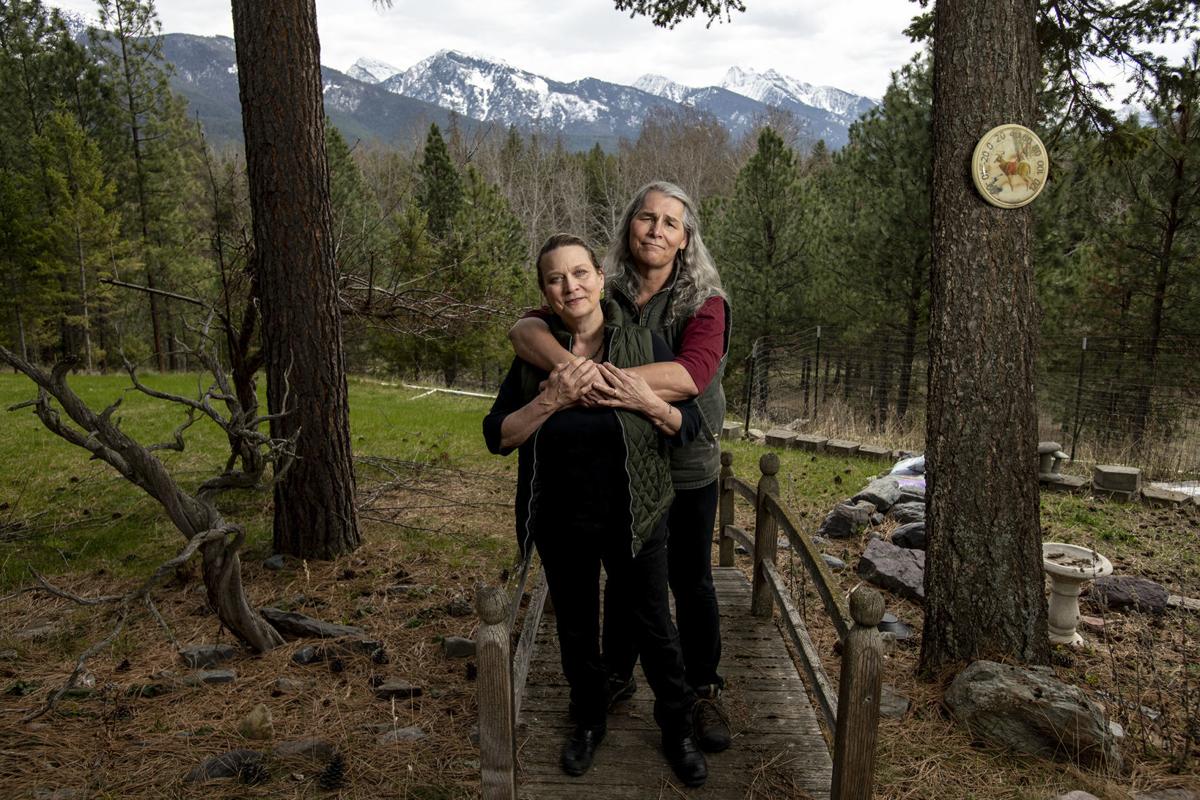 She still coughs, but now mostly at night. Heather Roan Robbins can smell things again, just not as sharply as before.

“Our idea of a wild time is getting takeout and sitting by the lake,” she said.

Four months later, life is still not the same for Roan Robbins and her wife, Wren Walker Robbins. They’re not sure if it will ever be again.

The Ronan couple suffered through and survived the early onslaught of COVID-19 in March and April after Heather, an astrologist, returned from an annual working trip to New York City.

“We’re about 90% better, but we still have some lingering symptoms,” she said Thursday. “You’re not over it in three weeks like the flu, that’s for sure. I got it in mid-March, and I still don’t have my full lung capacity back.”

In the months since the newest, most destructive coronavirus yet broadsided the world, scientists have become concerned that it’s inflicting long-term damage to lungs and other organs.

“One thing we didn’t anticipate was that the virus seems to accelerate a great deal of scarring in the lungs,” John Swartzberg told the Berkeley News last week.

A clinical professor emeritus of infectious diseases at the University of California Berkeley-UC San Francisco Joint Medical Program, Swartzberg said if lung tissue is replaced with scar tissue, “it is no longer functional as regular pulmonary tissue, which translates to poor gas exchange. What we really fear is long-term shortness of breath that could extend anywhere from being very mild to severely limiting.”

“Recovery from lung damage takes time,” Dr. Panagis Galiatsatos said recently on hopkinsmedicine.org. “There’s the initial injury to the lungs, followed by scarring. Over time, the tissue heals, but it can take three months to a year or more for a person’s lung function to return to pre-COVID-19 levels.”

The most noticeable effects for the Ronan women is how easily they tire.

“We just have this lingering fatigue,” Roan Robbins said. “We used to have a lot of stamina. Now we’ve just got to pace ourselves.”

Her partner, Walker Robbins, is a science education professor at Salish Kootenai College, a two-year tribal institution in nearby Pablo. Her short commute ended even before she contracted the disease, when Gov. Steve Bullock ordered a statewide shutdown of schools beginning March 16.

It’s doubtful whether SKC will reopen its doors for fall semester. Walker Robbins is spending the summer getting ready to resume teaching remotely and helping with plans for a new graduate program for teachers at the college.

“Everything’s done online,” said Roan Robbins, who runs her Starcodes Astrology business out of their home near the base of the Mission Range’s Mount Calowahcan. “We live on Zoom. We’re both very busy, but only on Zoom.”

Her partner, she indicated, is the more reserved of the two.

“Wren worked hard on hitting the ground running after the COVID,” Roan Robbins said. “It was like, 'Oh, I’m fine,' but stoic people may think they’re OK when they’re not. She kept getting wiped out at strange moments.”

Heather, too, has experienced something no one wants to experience.

“I’ve had a few heart moments, odd moments when I pick up something heavy and my heart just stopped,” she said. “My doctor just said it’ll do that sometimes.”

In April, in their last week of “official” recovery, the two described to the Missoulian what they’d just gone through, beginning with Roan Robbins’ strange, graphic dreams.

Then there was the dry, unproductive “COVID cough” from behind the sternum, the headaches that still recur on occasion, fevers of 100 degrees-plus and wildly fluctuating body temperatures. Not to mention that mysterious loss of taste and smell (“curry tasted like rancid peanut butter,” Roan Robbins said,) and what she called a “deepening bone-level exhaustion.”

When she woke up coughing blood, Roan Robbins went to St. Luke Hospital in Ronan to be tested. She proved positive on March 26. Wren’s test came back positive a week a later.

The diminished ability to smell and taste remains troubling.

In the throes of the virus, it was “so weird,” Roan Robbins said in April. “If I ate really spicy food I could taste the heat but I couldn’t taste the food.”

It’s better now, but not back to normal.

“I used to have an excellent sense of smell. I could tell you where the dog peed,” she quipped this week. “And my cooking is not as good. I still can’t taste everything.”

The couple pays close attention to the advance of COVID-19 in Lake County, in Montana and beyond. The women are keenly aware of the research that’s ongoing, and the many questions that remain.

How long will the antibodies in their blood keep them immune from contracting or spreading the disease? What will their ultimate recovery bring?

Just last week they saw an English study that suggests the danger of long-term brain damage for some people from COVID-19. What are its effects on the kidneys and other organ systems?

“We know so much more about the disease than when we first got it. I think we’re learning how to handle it better,” Roan Robbins said.

Though not necessarily the case in Montana, which is in the midst of an unprecedented surge fueled by widespread infection in a Billings memory care facility, the death rate from COVID is more under control.

“But surviving doesn’t mean you won’t have long-term damage,” Roan Robbins pointed out.

It disturbs her when she encounters others in public places with no face protection.

“We’re often the only people in the store wearing a mask, and we probably don’t need it. We’re probably still not contagious,” she said. “I really like the new ad campaign by the governor’s office. Montanans wear face coverings for sports all the time, snowmobilers, hunters. … Why can’t they do it now?”

The Confederated Salish Kootenai Tribes have been proactive in protecting their people from the ravaging virus, and for the most part they've been successful.

“It’s a culture that really values its elders. They put elders first and wouldn’t put them in danger,” Roan Robbins said.

She feels she and Wren are lucky to live where they do, in a place where they can work, play and easily isolate at home, in beautiful surroundings and in the Mission Valley’s clean, fresh air. That’s not the case in most places, she knows.

The couple belongs to two private COVID survivor groups on Facebook, and they realize others are suffering through much harder recoveries.

“I really feel,” Roan Robbins said, “like we ducked a bullet.”

Montana has one of the highest per capita military veteran populations in the United States.

'Community of people' stricken by COVID-19 in Libby

More than 20 new COVID-19 cases in Lincoln County are tied to the interactions of a community of people in Libby, a health official said Monday.

Heather Roan Robbins, a survivor of COVID-19, stands at the top of a hill on her property, catching her breath after the short climb on Saturday afternoon. Roan Robbins says she and her partner, Wren Walker Robbins, still have lingering symptoms - like breathlessness - four months after having the illness.

Heather Roan Robbins, left, and Wren Walker Robbins look for invasive plants during a walk around their property on Saturday afternoon. The two have been attempting the walks to search for weeds since their recovery from COVID-19, but say they still find themselves out of breath on their walks four months after having the sickness.