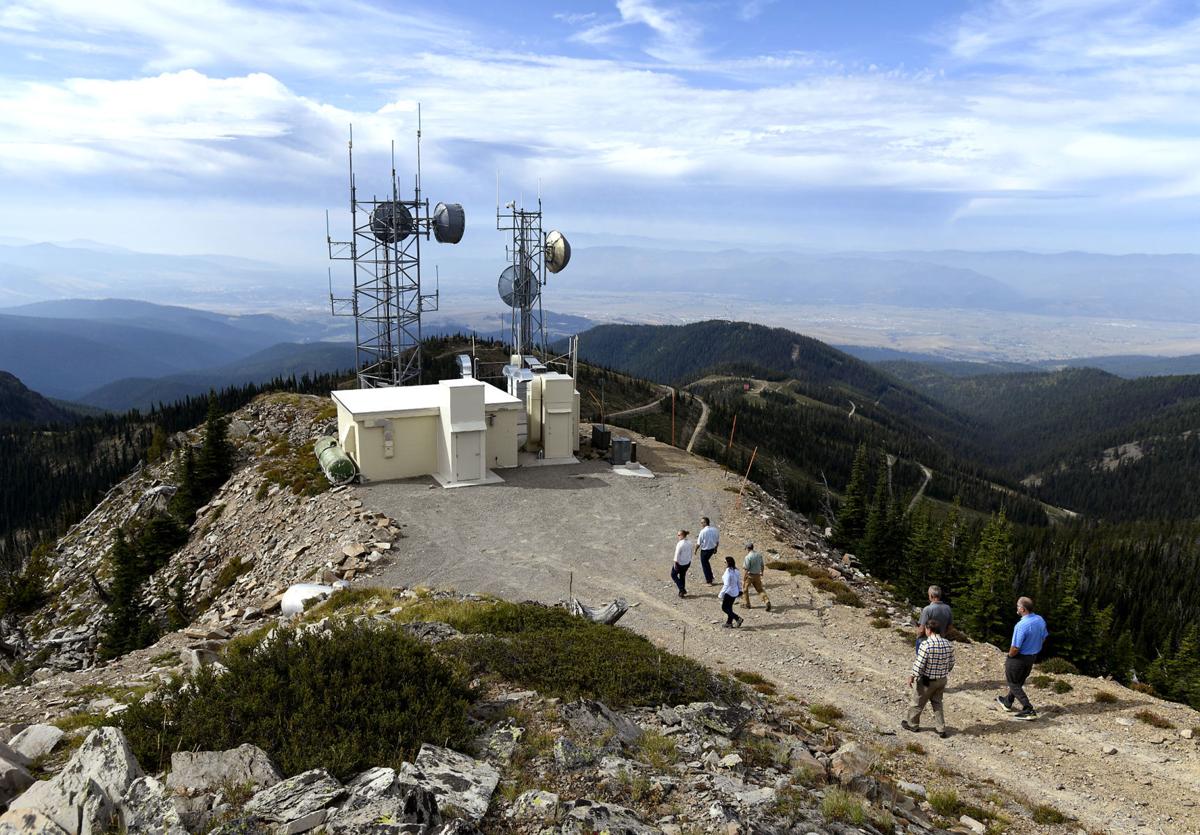 Missoula County commissioners and employees walk to the county's radio site on Point Six during a tour of the facility on Thursday. The site is part of a network of radio towers that allow emergency responders in the county to stay connected. 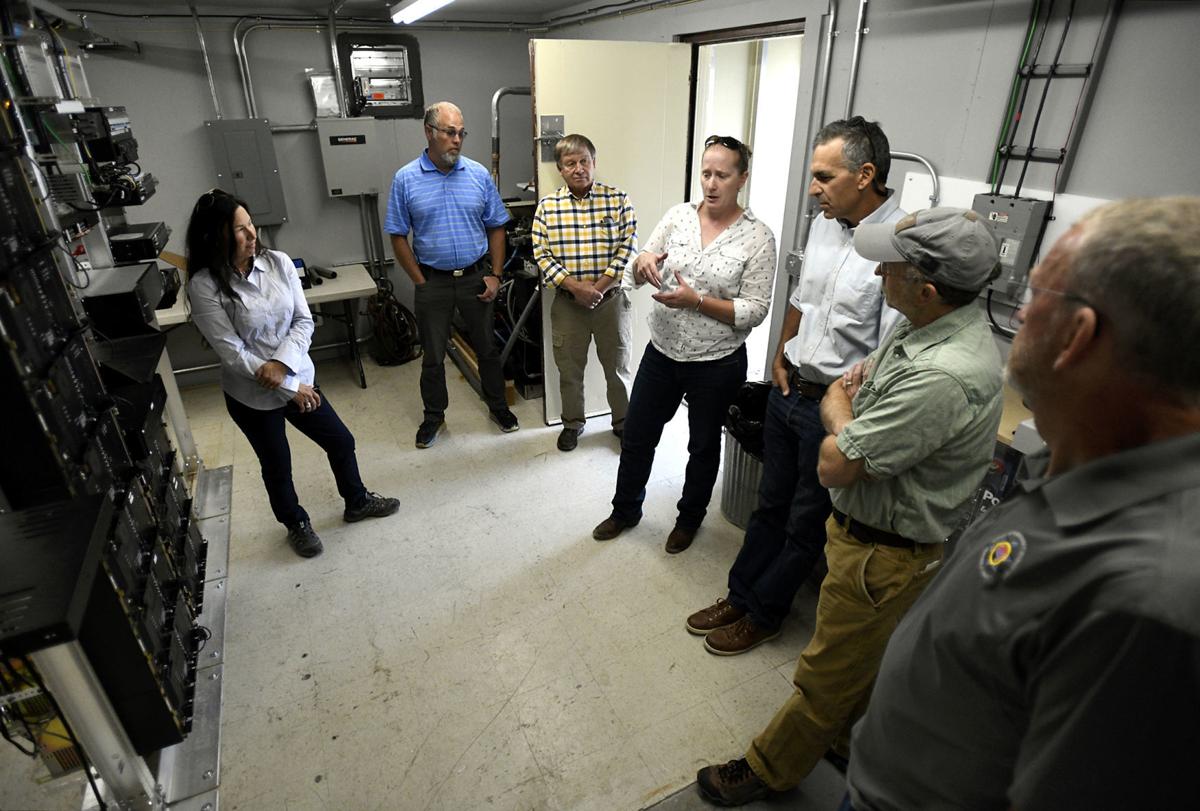 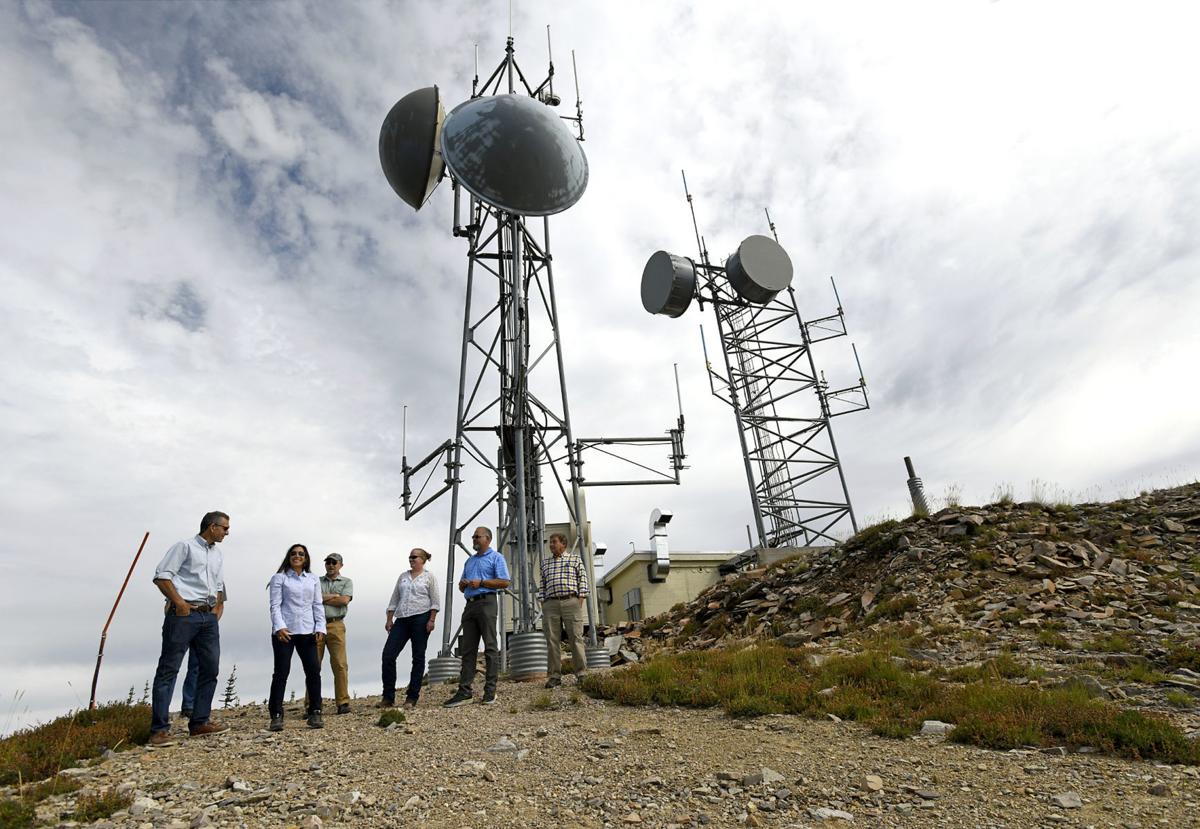 The county commissioners and employees take in the view from the radio towers on Point Six. The site is covered in snow for much of the year, and new technology allows it to be monitored and viewed remotely.

Missoula County commissioners and employees walk to the county's radio site on Point Six during a tour of the facility on Thursday. The site is part of a network of radio towers that allow emergency responders in the county to stay connected.

The county commissioners and employees take in the view from the radio towers on Point Six. The site is covered in snow for much of the year, and new technology allows it to be monitored and viewed remotely.

Emergency responders rely on a network of mountaintop radio towers to stay connected while patrolling or responding to calls in the valleys that snake throughout Missoula County, and now the county has one more.

Missoula skiers are likely familiar with the Point Six radio towers high atop Snowbowl, one of seven county-owned radio sites. But the county commissioners, none of whom had visited the site they govern, got a closer glimpse Thursday.

The mountaintop field trip featured a tour of the new building the county purchased next to its old one, which was little more than a closet it had outgrown. The long drive up to the peak also left plenty of time for hunting stories and trout-pond spotting from the tower’s expansive vista.

“Should have brought my elk bugle,” Commissioner Dave Strohmaier said overlooking a lush basin below.

“You’ve got to bugle on the first full moon of September, out at 9 o’clock,” Larry Farnes, the county’s facilities manager, told Strohmaier. “That’s when the best bugling is.”

The new radio building hosts about $750,000 worth of radio equipment, which allows the Sheriff’s Office and other emergency responders to communicate over radio with dispatchers and colleagues ranging from Lolo to Condon.

The old building sits just a couple feet away on Flathead Indian Reservation land, while the new one sits just across the dividing line on Forest Service land. The new building is considerably larger, providing plenty of room for the county’s radio communications expert, Steve Mollenhoff, to work and expand the operation with new technology.

Adriane Beck, director of the Office of Emergency Management, said the new building was in rough shape when purchased from Charter Communications two years ago. Since then, it’s gotten a new roof, refurbished interior, and a new entrance featuring a hatch on top for when the door is completely snowed in, which it is for most months of the year.

“It was a strategic opportunity to control our own destiny,” Beck said of the purchase. “There’s not many opportunities for a location like this where there’s already power and infrastructure.”

And it helps to only need to move next door. Even still, weather conditions are only ideal for moving equipment and overhauling the building for little more than a month out of the year, so it took two years to get the new building going, Beck said.

At the peak, Farnes said he has seen wind speeds reach over 130 miles per hour, and had antifreeze in his snowmobile freeze when temperatures dropped to 30 below. For the most part, he said, they don’t need to go up there in the winter, thanks to cameras that can be remote-controlled for inspecting the facility.

In addition to using the cameras to check up on the equipment, sometimes they may be used to check the ski hills surrounding the tower for employees taking a “sick day.”

“One of the jokes we always have is that we use the cameras to see if our guys are up here skiing when they’re supposed to be working,” Farnes said.

The U.S. Immigration and Customs Enforcement is seeking an agreement with Missoula County to install radio and communications equipment at the…