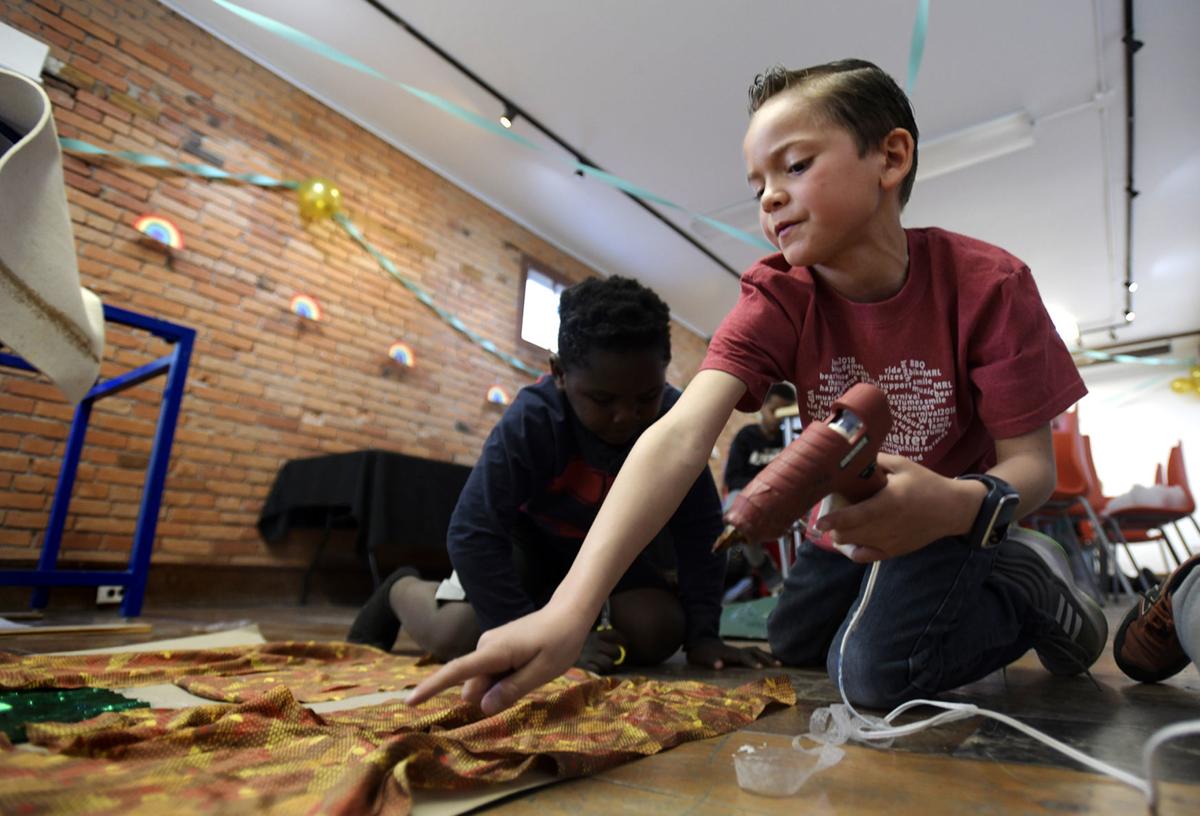 Caleb Maura, 8, works on what will be a dragon during a costume camp at the Zootown Arts Community Center on Tuesday morning. Maura and a group of around 15 students on spring break spent the morning making costumes for the WildWalk parade, which celebrates the beginning of the annual International Wildlife Film Festival on Saturday, April 13. 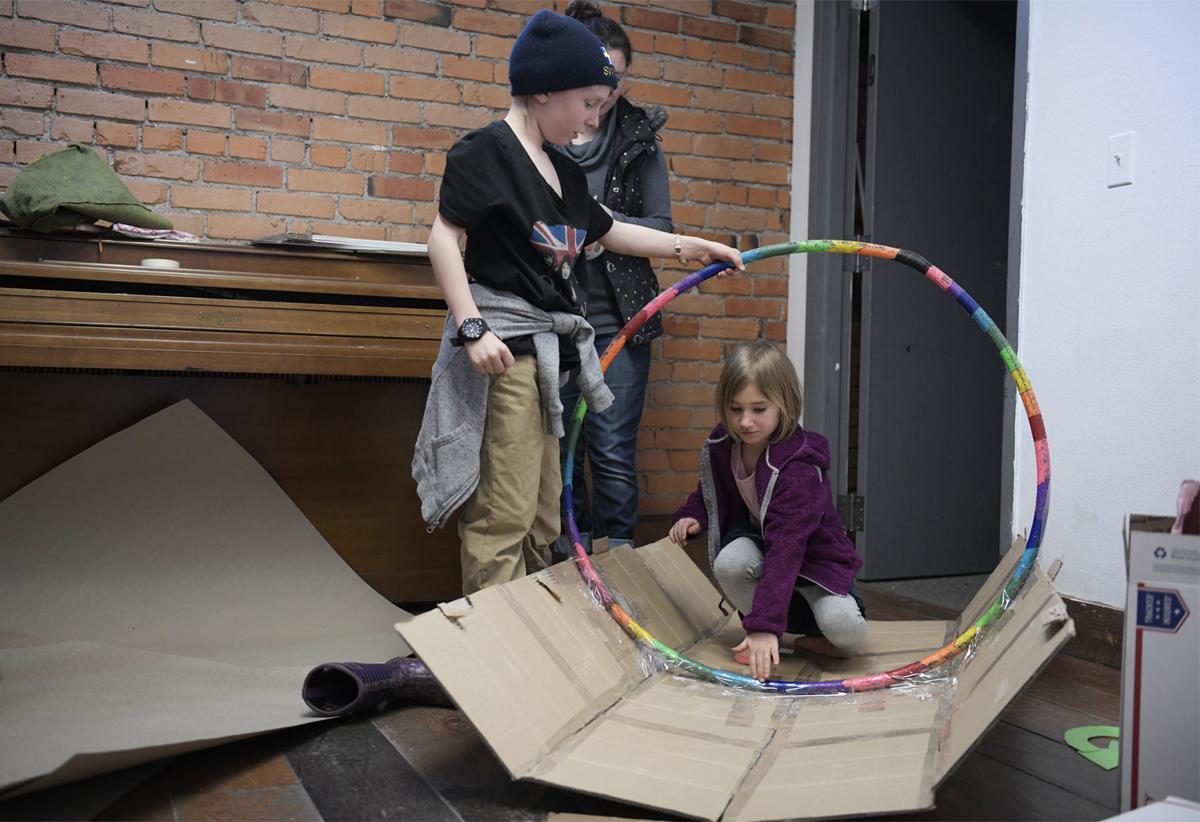 A back room of the Zootown Arts Community Center looked as though a craft box had exploded as kids rummaged through the scraps of fabric, cardboard and colored paper strewn across the floor on Tuesday.

The maze of art supplies is likely to only get worse and become even more littered with fruit snack wrappers throughout the ZACC’s spring break costume-making camp.

The camp helps keep kids’ energy at a manageable level by providing them with a creative outlet for pent-up energy. Throughout the week, the kids will create animal costumes that they’ll wear for Missoula’s International Wildlife Film Festival WildWalk parade on Saturday, April 13.

Stockton said the camp helps kids who stay in Missoula over break have something fun to do, because staying in town can be “kind of a drag sometimes” when friends and classmates are jetting to tropical places.

At the weeklong half-day camp, kids learned to make animal costumes and masks with the help of the staff. Some kids opted for their own costumes while others made group costumes.

Ada Stafford, 8, and her sister, Cleo, 6, chose to make their own costumes. Ada worked on constructing a tail for an Arctic fox while Cleo cut ears for a baby tiger.

Cleo sang as she cut orange fabric to cover ear-shaped pieces of cardboard. Her reasoning for choosing a tiger for her costume was simple: “I like them and they’re cute.”

Stockton said the ZACC has collaborated with the WildWalk parade for years.

“By pairing it with the WildWalk, it almost enables them to have an art show on a bigger scale because there are so many more people able to see the hard work that they’ve put into it over the course of a week,” Stockton said.

Each year, thousands of children and community members attend the WildFest, WildWalk and the International Wildlife Film Festival screenings at the Roxy Theater and University of Montana Dennison Theatre.

Stockton said this year's spring break camp is exciting for the ZACC because it’s the first time they’ve worked with a significant number of refugee children, who make up about half of the 14 total kids in the camp.

“We’re really excited to get to show them that this kind of opportunity exists, and that we have the capacity to help people like them and get them engaged and give them opportunities just like any other kid out here,” Stockton said.

Maya Anderson, 6, and her brother, Logan, 9, who attended the camp, said they’re excited to march in the parade and showcase the guinea pig costume that they teamed up to make.

“I wanted to do it and I said, 'Why don’t we do it together?'” Logan said, adding that they chose guinea pigs because they have two as pets.

The two aggressively taped cardboard around hula hoops to form the body of the guinea pig, which they’ll hold as they march through the parade.

Although registration for the camp is closed for this year, kids are welcome to use the ZACC’s art supply room during their business hours from 11 a.m. to 6 p.m.

Community members are welcome to use supplies in the art room free of cost, although the ZACC asks that people replace what they use or donate to the art supply fund.

Decemberists' Missoula fest, Travelers' Rest, won't be back in 2019

Travelers' Rest, the Decemberists' curated music festival held out at Big Sky Brewing Company, won't be back this summer.

All you need is three chords and the truth — about, say, pelicans in the rainforest.

The Zootown Arts Community Center is launching the public phase of its capital campaign on Thursday.

The Public House in downtown Missoula generated more than a little attention from passersby on Sunday, as pedestrians slowed to look through t…

Caleb Maura, 8, works on what will be a dragon during a costume camp at the Zootown Arts Community Center on Tuesday morning. Maura and a group of around 15 students on spring break spent the morning making costumes for the WildWalk parade, which celebrates the beginning of the annual International Wildlife Film Festival on Saturday, April 13.