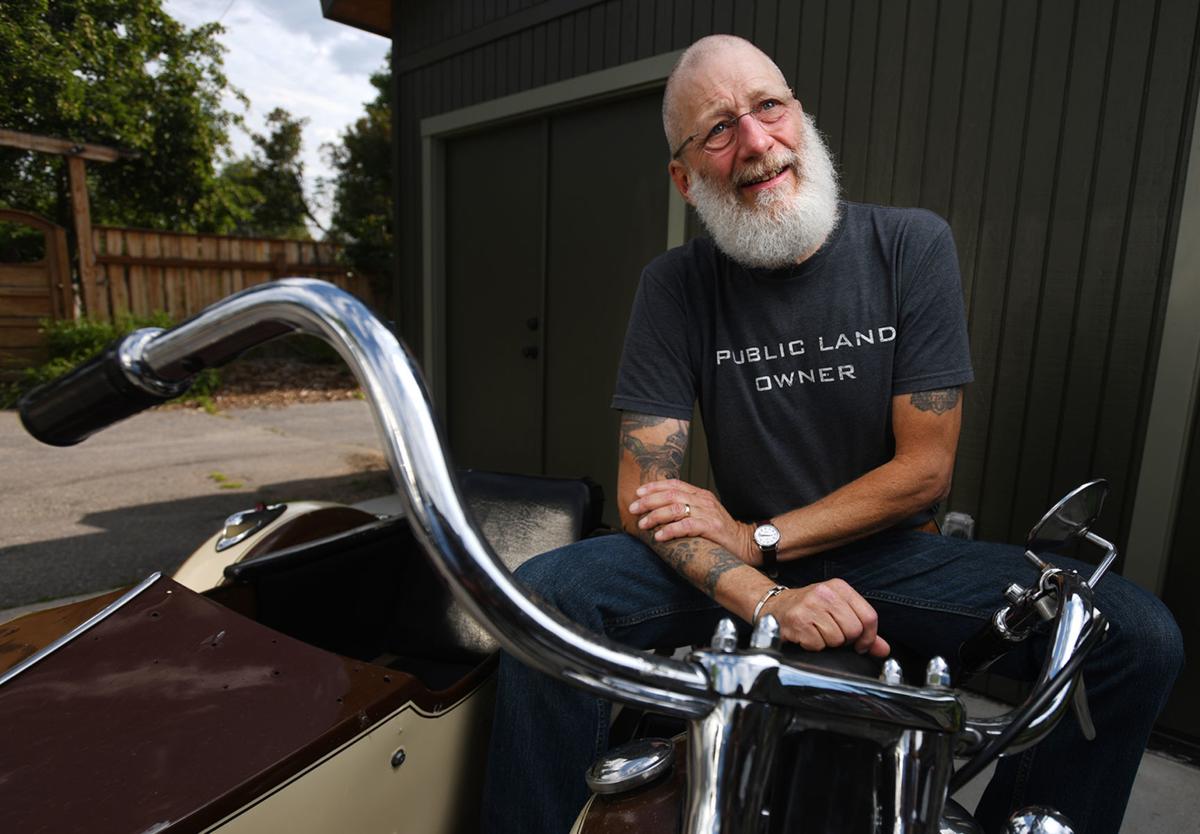 Former disc jockey Craig Johnson officially retired from the Missoula radio station The Trail in early June after a 30-year career in radio. His career culminated with five years at the local station after spending 12 at Missoula's Z100, then another decade at KYSS FM, before moving to The Trail. In his retirement Johnson plans to continue to work on his modest collection of motorcycles, which includes the pictured 1950 Harley Davidson that sports a sidecar from 1935. 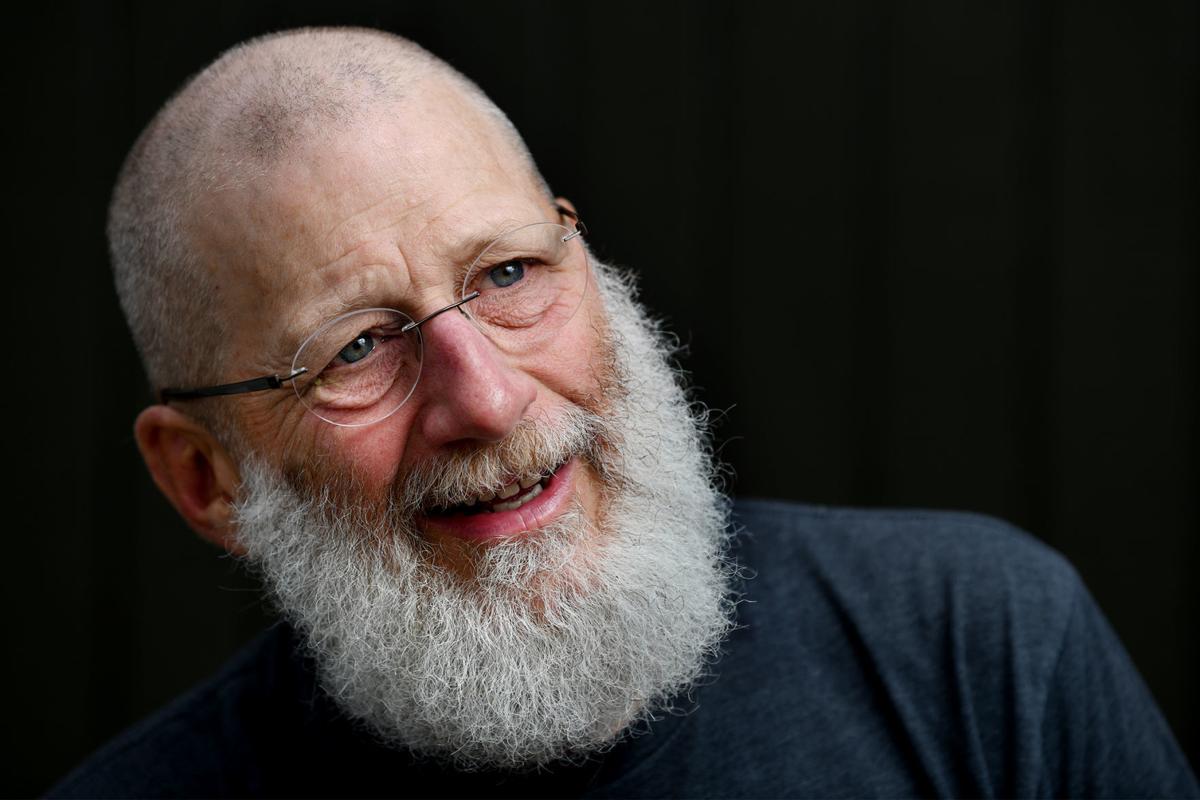 “Missoula’s the longest umbilical cord in the world,” Johnson remembers being told when he returned after spending several years in other markets. “Missoula was a great way to wrap up my career … to do the last 27 years.”

Former disc jockey Craig Johnson officially retired from the Missoula radio station The Trail in early June after a 30-year career in radio. His career culminated with five years at the local station after spending 12 at Missoula's Z100, then another decade at KYSS FM, before moving to The Trail. In his retirement Johnson plans to continue to work on his modest collection of motorcycles, which includes the pictured 1950 Harley Davidson that sports a sidecar from 1935.

“Missoula’s the longest umbilical cord in the world,” Johnson remembers being told when he returned after spending several years in other markets. “Missoula was a great way to wrap up my career … to do the last 27 years.”

Craig Johnson didn’t get into radio because of his love of music, or inspiration from his father, a longtime radio reporter in Minnesota. It was more that dropping out of college and delivering pizza while living in his parents’ basement wasn’t quite in line with their idea of his future.

A friend convinced Johnson to enroll in a 10-month trade course in broadcasting, which led to a job at a daytime radio station in Lemmon, South Dakota. Then, another job in North Dakota, then to Montana, Florida, Washington, California and Oregon, all with “a pickup truck and a motorcycle and a stereo.”

“I honestly don’t know how to do anything else, professionally,” Johnson said recently at his Missoula home. “It was the only thing I knew how to do.”

In 1992 he landed in Missoula for the second time, but then with kids, a 4-year-old and 7-year-old. That helped him stick around in one spot for a little longer than he had in the past, though he’d spent the intervening years thinking of Missoula and tracing roads on his atlas, remembering motorcycle rides across western Montana.

“Missoula’s the longest umbilical cord in the world,” Johnson remembers being told when he returned. “Missoula was a great way to wrap up my career … to do the last 27 years.”

That last chapter included 12 years at Z100, then another decade at KYSS FM, before moving to The Trail for his final five years. Johnson officially retired June 10.

When Johnson graduated from broadcasting school and landed in South Dakota, he was so excited to get on the job that it didn’t really matter to him that he was spinning 45rpm cowboy records, instead of the classic rock he listened to in his spare time.

That was the case at many of the stations Johnson worked at — it took at least a half-dozen stops before he got to work at a “cool” station in Spokane, then another few years before classic rock became a viable radio format, which leaned heavily on the music Johnson grew up loving.

Although format changes (switching genres from rock to Top 40, for example) at a station would bother Johnson, sometimes it was simply the music itself he grew tired of.

KYSS-FM plays country, which when Johnson started in 2004 still had enough in common with the country music he grew up with to be enjoyable. That changed over the decade he worked at the station.

“It became — what I guess is known as bro country — it became very homogeneous,” Johnson said. “At that point, it was difficult for me.”

Even classic rock bit Johnson in the rear after a while: he named the Doors’ “Love Me Two Times” and Lynyrd Skynyrd’s “Gimme Three Steps” as two songs he’s heard too many times to enjoy any longer.

But there was a benefit to working at “uncool” stations. When record companies would mail out copies of their newest albums, Johnson would end up taking them home if they didn’t fit the station’s purview. Those take-home albums introduced him to artists like Elvis Costello, Willie Nelson and Bob Marley.

Johnson estimated that out of the hundreds of records he owns now, he only bought maybe 5% of them.

“Most people think this is the coolest job in the world,” Johnson said.

“But we take it for granted.”

In his mind, Johnson stopped taking it for granted around the time he moved to Missoula. He’d stopped drinking, and focused on having fun on the radio again.

That’s when he started working with Allen Kessler, his co-host in the Craig and Al Morning Show for over two decades at both Z100 and KYSS FM.

“Hell of a guy,” Kessler said. “He was a really genuine guy. Who you heard on the radio was who he was.”

The two met as a pair of middle-age Midwesterners who ended up in this mountain town, Kessler remembered. Both of them had worked in radio for years before, at many different stations, giving them experience that eased the partnership into being.

“As time progressed, we just sort of went, ‘Huh. This is something special. This is working,'" Kessler said.

Then, through two decade-long stints at different stations, the two became, as Johnson put it, part of the “fabric of the town.”

“He felt so blessed to be able to work in this community,” Kessler said.

When Kessler retired, Johnson went to The Trail, hosting a solo morning show for his last five years.

“Which is where I really wanted to be since that station went on the air,” Johnson said. It was everything he hoped for when he got there, with good management and a relaxed on-air attitude.

Johnson could go off the playlist if he wanted, and his idea of instituting “Vinally Fridays” was welcomed.

He felt the same way he did from his first days in South Dakota to his last week on air in Missoula.

“At its best, radio is a connection with individuals. If you’re connecting one-on-one with people, you’re doing it right.”

This connection was a little jarring in Missoula. People would stop and talk to him at the grocery store, calling him by his first name, even though they’d never met.

“People feel like they know you,” she told him once.

“When you’re doing this right, they do,” Johnson said.

Now, he’s at home, taking up welding and tinkering with his small motorcycle collection. He has an open offer from The Trail to come back any time, to fill in or take up a regular slot in the rotation.

But Johnson’s going to wait a while before deciding.

“This is certainly uncharted territory,” he said. “It’s been a really fun way to go.”

The International Choral Festival returns to Missoula in 2019, bringing singers from around the world to our mountain town.