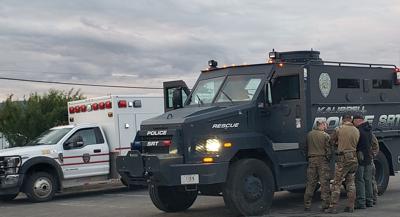 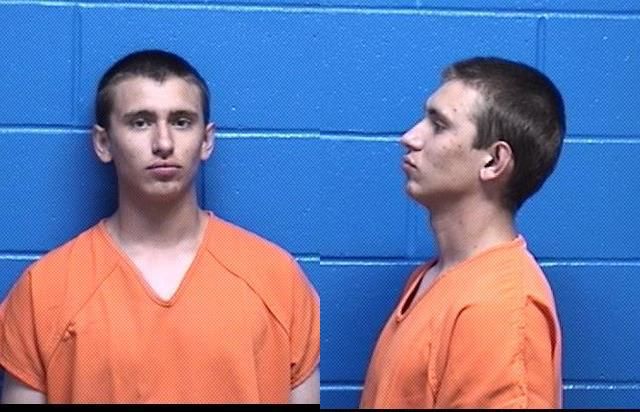 A 19-year-old Florence teen is charged with felony assault for threatening his mother with a hammer before barricading himself away from police in her home.

Joshua Michael Paniagua, who was charged with felony drug possession in January after an incident in which investigators said he stabbed another man who was trying to rob him of his marijuana, was charged in Missoula County Justice Court on Monday with assault with a weapon, a felony which carries a possible 20-year prison sentence.

Paniagua's mother called 911 around 11 p.m. on Saturday to report her son was "freaking out," stating he had screwed all of the doors shut and saying his mother was "possessed by the devil," Missoula County prosecutors said in charging documents. The woman was calling from a neighbor's house, where she had fled after he "came at her with a hammer," according to court documents. Paniagua had similar episodes on previous occasions, typically induced by alcohol and drug use, she told authorities.

When law enforcement from the Missoula County Sheriff's Department arrived, the woman told a sergeant Paniagua had made a "torture chamber" in the home and said she was fearful when he had brandished the hammer toward her. Charging documents do not further describe the chamber.

The woman had been able to escape the home and get into her vehicle, but Paniagua had taken her phone and car keys when she got out to open their driveway gate, according to court documents. She made it to a neighbor's house, where she called 911.

"The male suspect boarded himself inside the residence," said Jeannette Smith, a spokesperson with the Missoula County Sheriff's Office, in a press release Sunday. "Throughout the night and into the morning deputies made several attempts to make contact and negotiate his surrender. Missoula County Special Response Team, assisted by the Kalispell unit, apprehended the suspect without incident at approximately 7:25 a.m."

Missoula County Justice of the Peace Alex Beal set Paniagua's bond at $50,000. If he posts bond he will be subject to alcohol and drug monitoring, be prohibited from possessing any weapons and from his mother's home. His arraignment is set for June 22 in Missoula County District Court.

Little romance in a Gypsy's travels

It's safe to say Missoula and Montana never did come to grips with one forgotten minority group. Whenever caravans of Gypsies appeared, we res…

Speaking out for justice

Some of the people protesting for change in Missoula spoke last week with the Missoulian. Hear them.

Voices from protests in Missoula that are among those around the nation and the world following the death of George Floyd during his arrest by a white police officer.

Since their reopening just over a month ago, Showcase has received hundreds of calls from pet owners trying to clean the quarantine off their dogs.

The western side of Glacier National Park has reopened to visitors after being closed since late March to prevent the spread of the coronavirus.

John Wood, co-owner of Open Road, estimated he had about a two week supply of common inner tube sizes left unless suppliers came back online soon.

Authorities fatally shot a man who opened fire after leading deputies on a chase in northwestern Montana, officials said Tuesday.