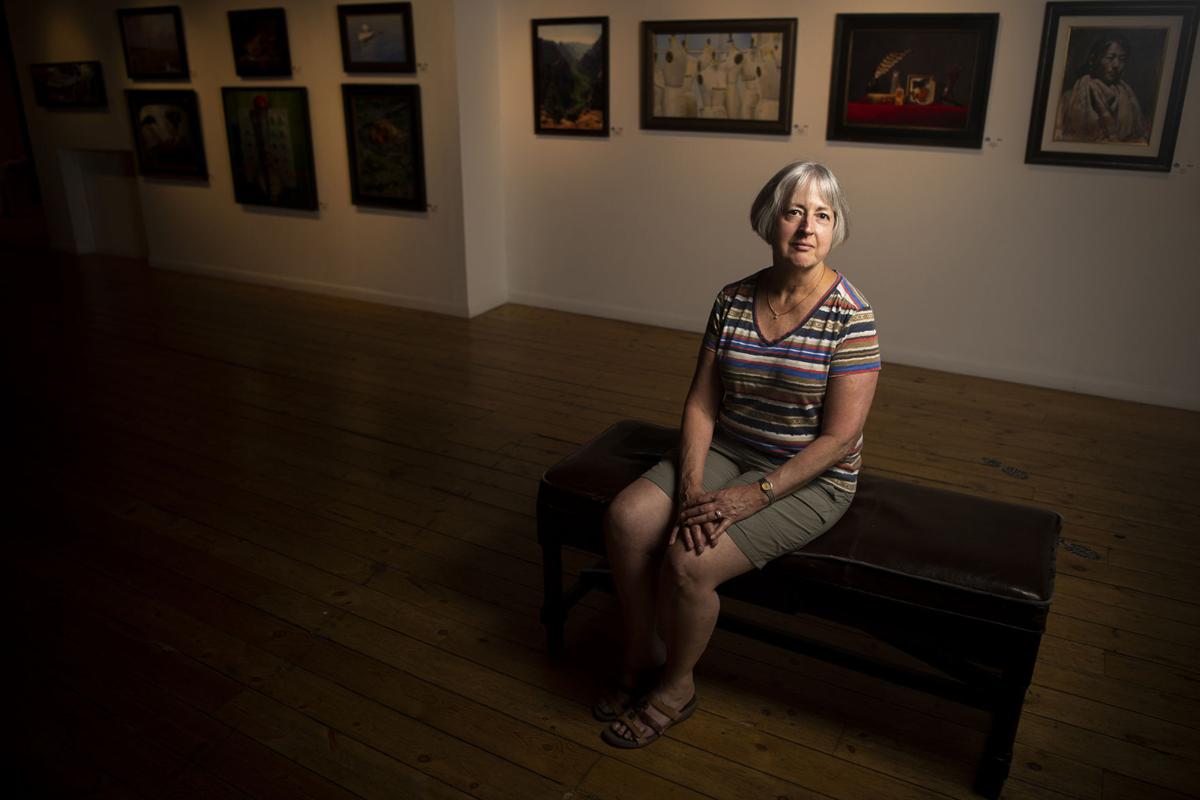 Teresa Garland Warner is the only artist from Montana featured in the National Oil and Acrylic Painters' Society Best of America 2021 exhibit at the Dana Gallery in Missoula. 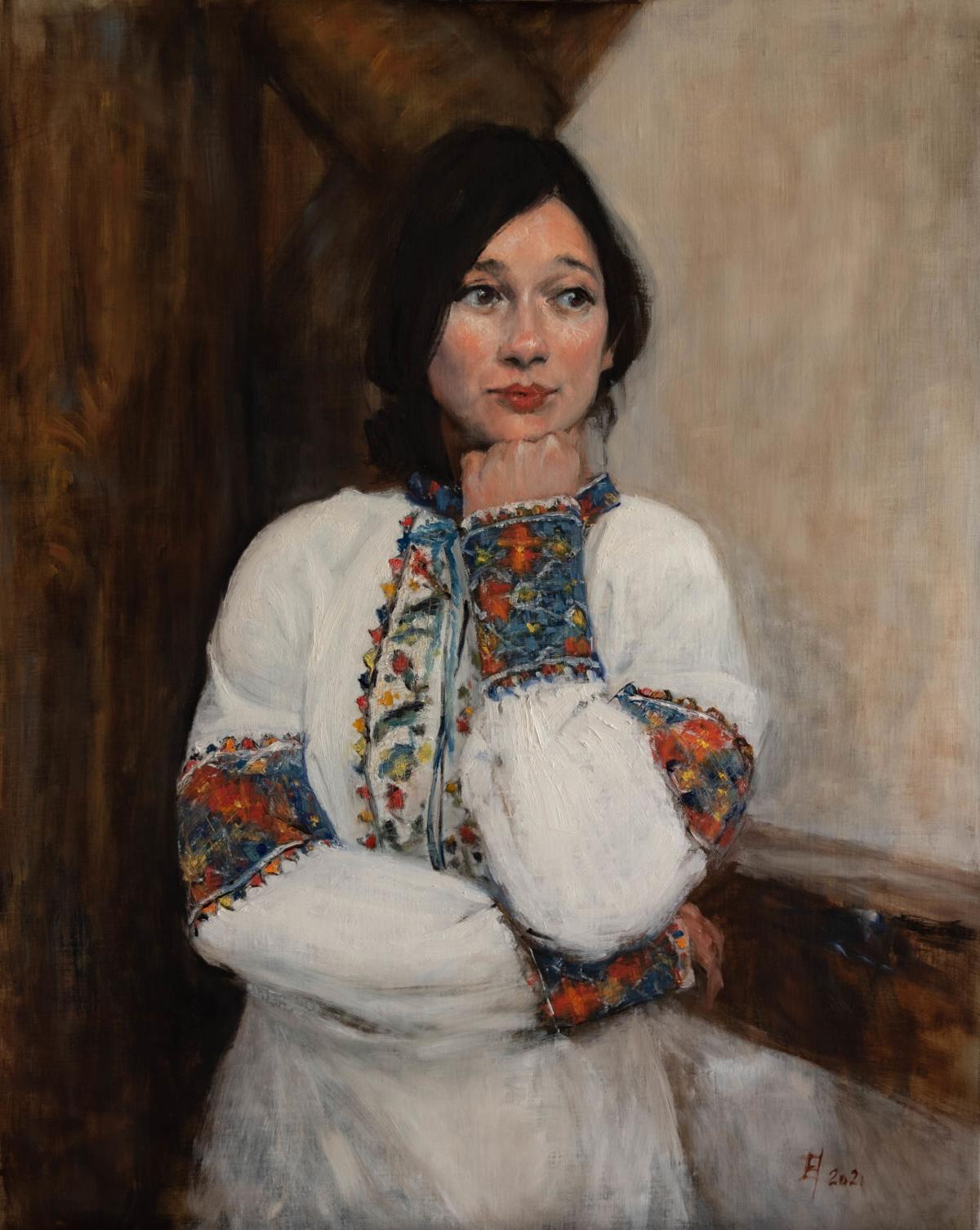 There's a broader geographic selection this month at the Dana Gallery’s large space, which is typically filled with scenes of the West.

Almost 150 paintings take up nearly all of the gallery for the 31st Best of America juried exhibition from the National Oil and Acrylic Painters’ Society.

Owner Dudley Dana said it's great to host such a show again — it fills the main space with new names and genres that aren’t frequent in western Montana.

Portraits and still life are “not something we usually have,” he said. The same is true for the photorealism that leaps off the wall alongside more common Treasure State subjects and styles like landscape and Impressionism.

Keep your eyes peeled for one painting in the show by a local — Teresa Garland Warner of Missoula. Her oil on canvas, “Zion Observation Point,” gazes down through the Utah red rock into a grassy canyon bottom. One of her pieces was accepted into the NOAPS show in 2019, also a Utah landscape.

The area’s amazing, she said, but that spot was too steep to paint on sight, so she sketched and took photographs.

Warner, who's pursued art full-time after a long career in the medical field, prefers to paint on site, even if there’s not enough time to complete a piece, instead of relying solely on photographs.

“I learn so much more, because you can just see everything,” she said.

She's shown her work in venues around Montana from the Yellowstone Art Museum to the Missoula Art Museum's Benefit Art Auction.

This particular show has meant a lot to her, as this exhibition is so competitive.

It’s open to anyone to submit. The final selection of pieces was trimmed to 148 from almost 1,000 entries. Each member can submit five but can only have one juried in. The judges are all NOAPS signature members who view the submissions online anonymously. They score the pieces on a scale of one to seven based on criteria like composition, color technique, subject matter, and other fundamental painting techniques.

The final cut includes 37 artists from the United States and Canada.

Getting juried in can help artists along with their career. NOAPS President Patricia Tribastone said the group has a signature status marker that “means the artist has achieved a certain level of excellence in their work,” which requires a number of gallery exhibitions. The designation “has clout when you’re going to sell your paintings, when you want to teach a workshop.”

The group has two exhibitions like this each year — this one, and another for smaller paintings. This exhibition has been accompanied by local workshops (indoor and en plein air) with about 30 artists visiting in total.

The society seeks out different host galleries around the country which display this style of art. In 2006 and 2008, the Dana was the site of exhibitions by the Oil Painters of America’s national shows.

Tribastone said there are a number of top artists in the field included in the show to watch out for as you’re browsing the selections.

Jian Wu, who submitted a quietly expressive portrait called “Tibetan Blue,” is a master member of NOAPS and a signature member of the Oil Painters of America.

Albert Handell painted “An Appalachian Moment,” a slabrock waterfall landscape. Handell, who lives in Santa Fe, New Mexico, works in both pastel and oil, and has been named as a “master artist” by the Oil Painters of America and the American Impressionist Society.

Pennsylvania artist John Buxton’s oil, “The Spellbinder’s Serenade,” depicts a Colonial American scene with a harp player and onlookers in period dress. Tribastone said he’s known for meticulously researching and staging scenes with models as he produces a piece.

Matthew Cutter has gained attention for his craftsmanship — he’s painted evocative seascapes along with scenes of Yellowstone National Park, and won the “Best of Show” award at the NOAPS Best of America in 2019. (He also runs a successful family gallery, which was his segue into painting himself.) His piece in this show, “Merging,” is a forest landscape in oil on linen.

The judging is done online, but the awards in categories like “best of show” will be made here in town. The announcements are scheduled for 12:30 p.m. Friday in the gallery, where you can seem them in person, with all the minute details and textures up close.

“You look at it online is one thing, but then when you see them in person it’s totally different. There’s just so much more impact in person,” Tribastone said.

A menagerie of creatures real and unreal are in captivity in the Clay Studio of Missoula’s gallery — a bison, a vampire squid, a gryphon, cats, a manta ray and more.

Lake Street Dive’s Sept. 21 show at the Elm, a 1,100-capacity theater in Bozeman, will now take place at the KettleHouse Amphitheater in Bonner on Thursday, Sept. 23.

Teresa Garland Warner is the only artist from Montana featured in the National Oil and Acrylic Painters' Society Best of America 2021 exhibit at the Dana Gallery in Missoula. 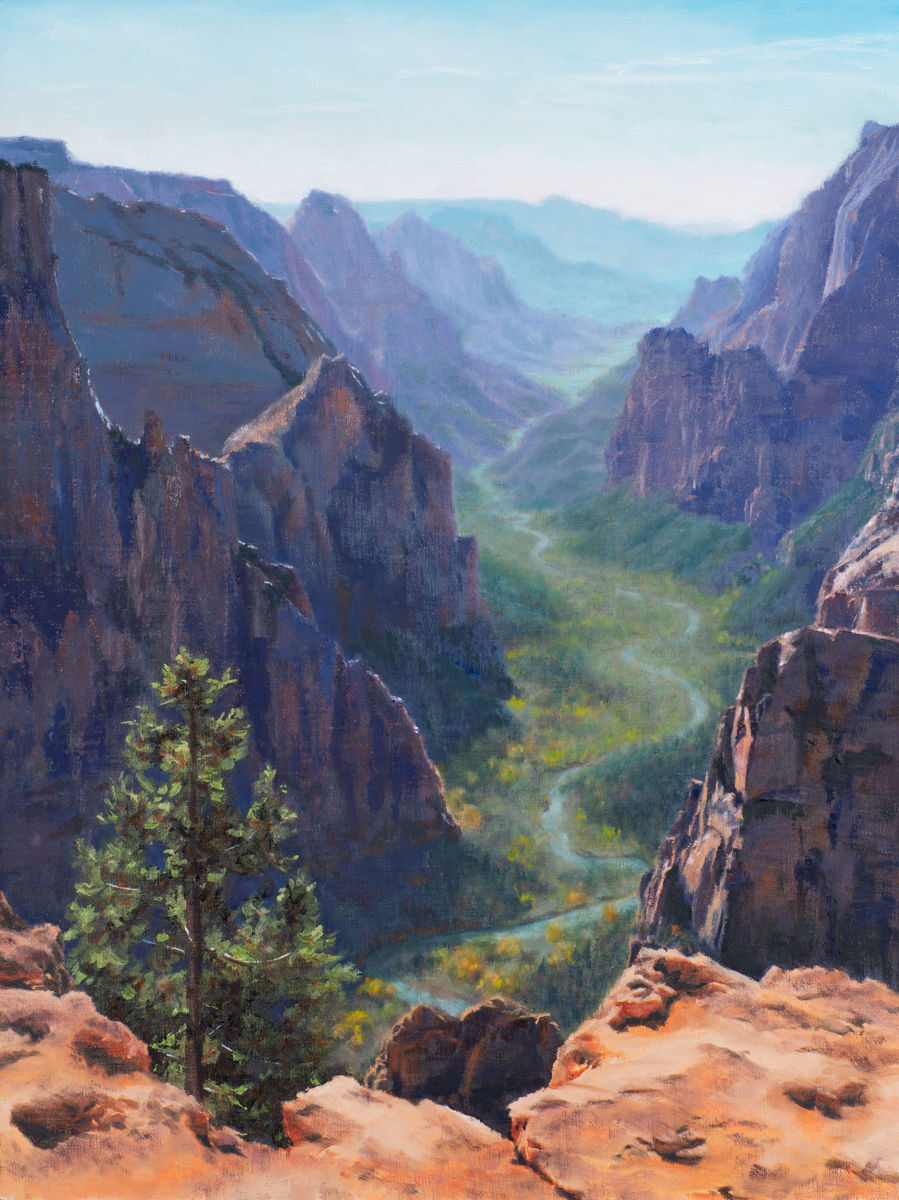