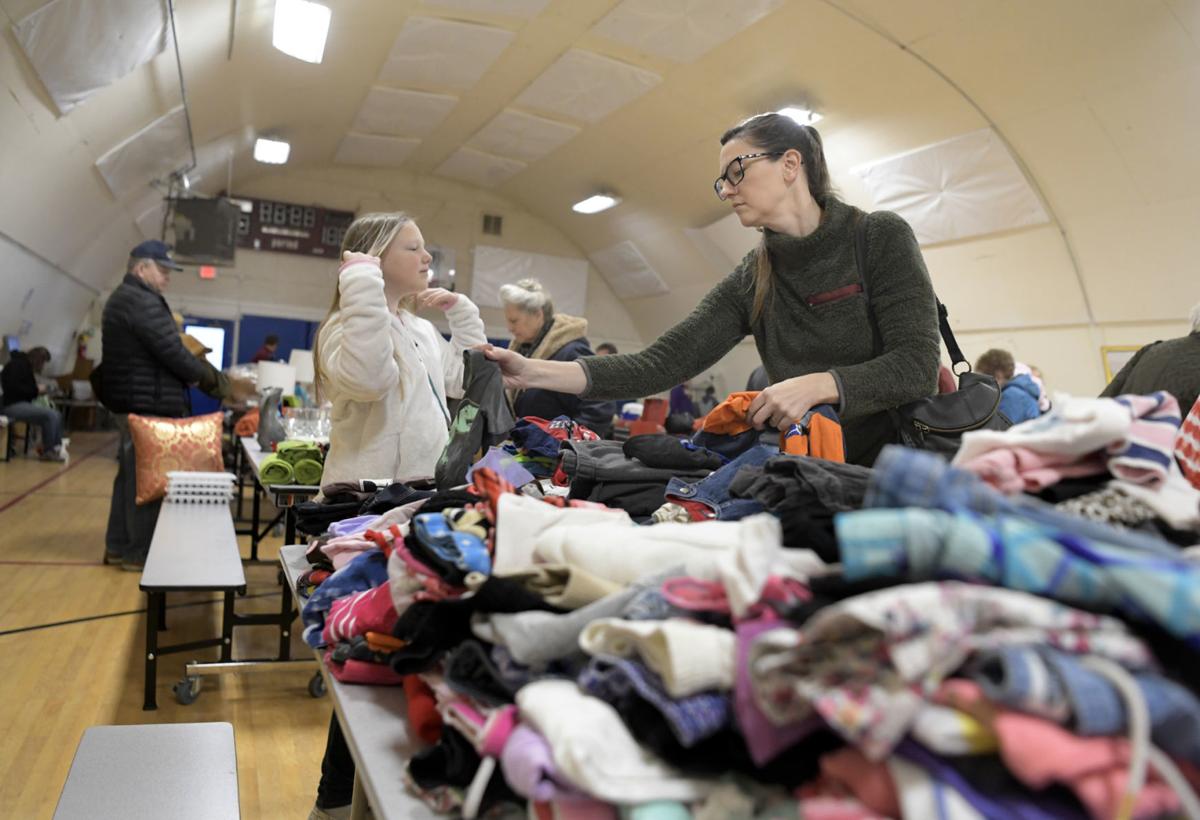 Rene Deming and her daughter Abigail, 11, left, look through a pile of clothing during a garage sale in the DeSmet School gym on Saturday morning. 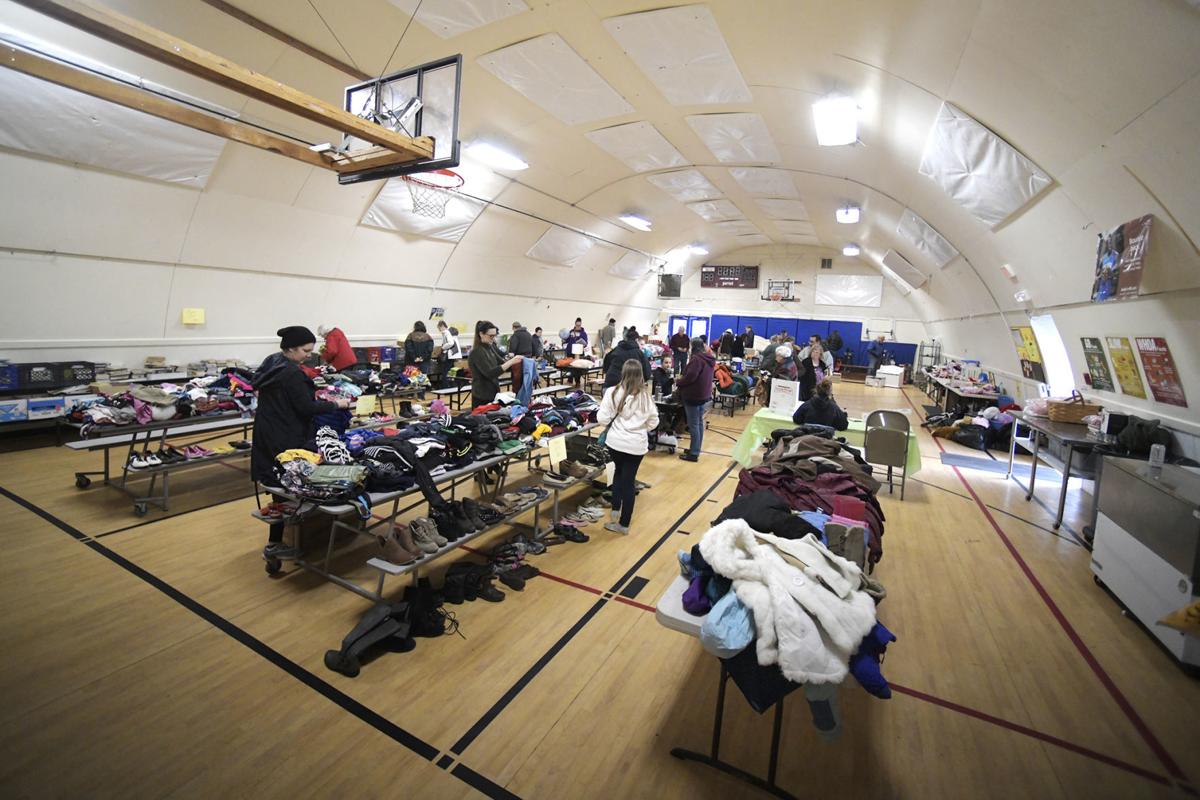 Proceeds from the sale will go toward the school's eighth grade class trip to Washington D.C. and Philadelphia.

A group of eighth graders from DeSmet School in Missoula are hosting yard sales, going door to door to sell doughnuts and talking with local businesses to raise money for a trip to Washington, D.C., and Philadelphia.

On Saturday, DeSmet eighth graders Amiah Jones, Lillie Crandall and Aurora Zielinski helped pack the school's cafeteria with donated clothes, furniture and books to help meet each student's goal of $1,800 that they need to go on the trip in May.

"I'm excited for the whole trip but I'm the most excited to go somewhere that's not Montana," Zielinski said.

Through a program called Close Up, the Desmet students will be paired with other students their age on the trip who come from schools throughout the country.

They'll participate in workshops that focus on citizenship and discuss unique issues facing their communities, all with the goal of getting students to understand how the political process affects them and how they can become more active and informed members of society.

David Feeley, a middle school teacher at DeSmet who is accompanying students on the trip, said he thinks it's important for the students to understand how government works by seeing it in person.

During the trip, students will participate in a "mock Congress workshop" where they'll take on the role of a member of Congress to debate and vote on some of today's most pressing issues.

They'll also get to see the birthplace of the nation when they visit Independence Hall and see the Liberty Bell in Philadelphia.

But before they go on the trip, they need to raise money. Feeley said they had a lot of donations for the rummage sale on Saturday, but noted they're still in the early stages of receiving donations. He said the school is planning to host a few events and silent auctions in the coming months but in the meantime, students are taking it upon themselves to raise as much as they can.

After the rummage sale, Zielinski said she planned to spend her afternoon knocking on doors in her neighborhood to sell Krispy Kreme doughnuts.

Jenny Jones, Amiah's mother, said she was impressed with the girls taking initiative to go on the trip.

"I think it'll mean more for them to go there and see it," Jones said. "It makes it more tangible."

Donations to support the trip can be made online at closeup.org to individual students or to DeSmet School using the school's code MT18940. For more information, contact David Feeley at dfeeley@desmetschool.org or by calling the school at 406-549-4994.

Another week, another riverfront condo project.

Five prominent scientists on Friday urged state and federal officials to pump the brakes on efforts to remove grizzly bears from protections offered under the Endangered Species Act, and update grizzly recovery plans.

The Montana Food Bank Network and the Dennis and Phyllis Washington Foundation have selected 79 food banks, food pantries, rescue missions and homeless shelters across the state to share a $229,000 donation from the Foundation.

UM picks site for Montana Museum of Art and Culture

The University of Montana proposes to build an 11,500-square-foot home for the Montana Museum of Art and Culture at the intersection of University and Arthur Avenues.

While the trend of workplace injuries is declining here, Montana is still a more dangerous place for workers than the U.S. overall.

Rene Deming and her daughter Abigail, 11, left, look through a pile of clothing during a garage sale in the DeSmet School gym on Saturday morning.

Proceeds from the sale will go toward the school's eighth grade class trip to Washington D.C. and Philadelphia.