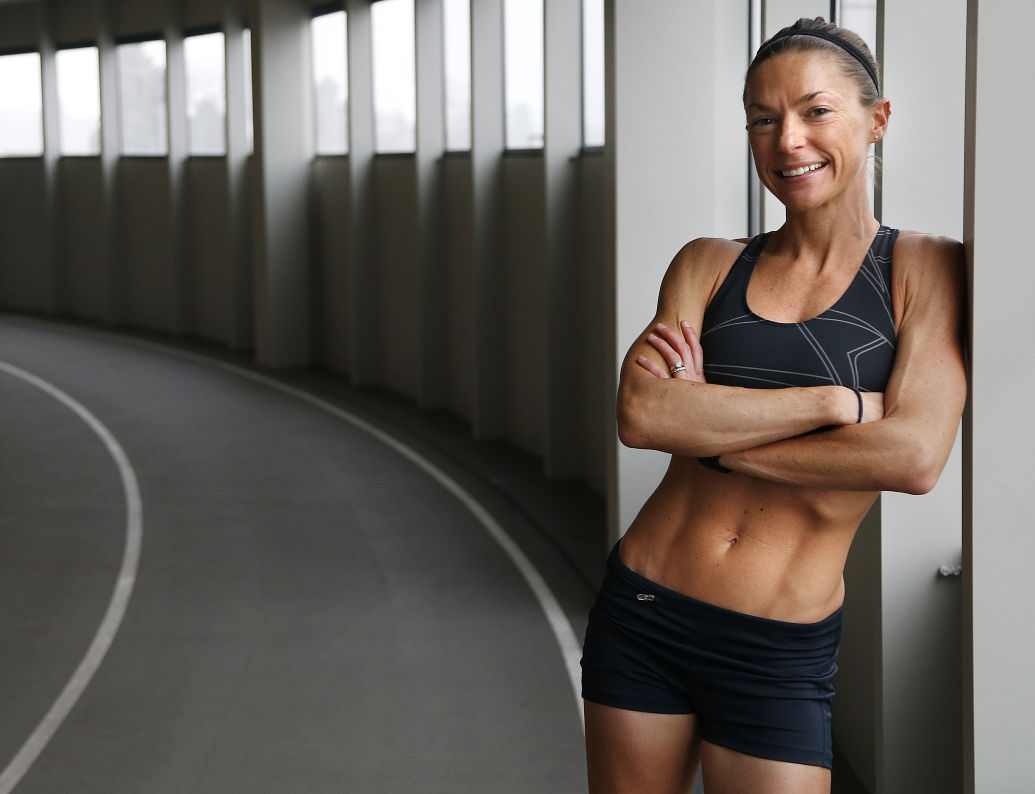 Trisha Drobeck, 35, is heading to Los Angeles this week to compete in the U.S. Olympic marathon trials. 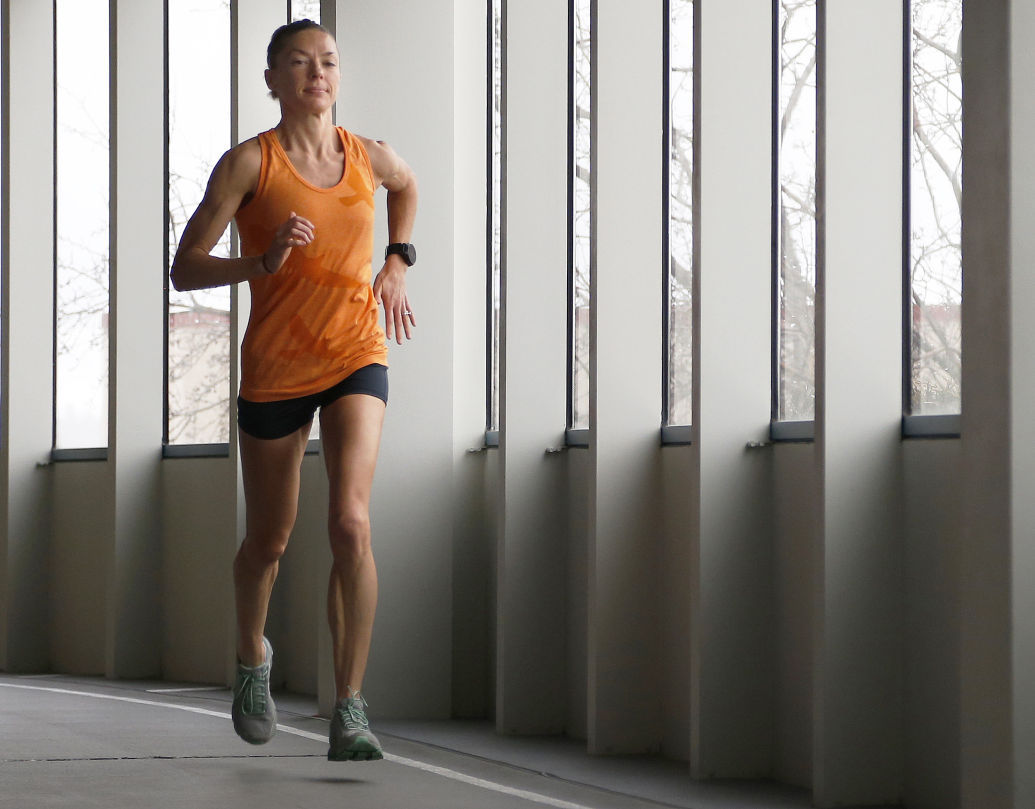 After injuring a tendon in her ankle in December, Missoula's Trisha Drobek has reset her expectations; her primary goal is to finish Saturday's marathon.

Trisha Drobeck is getting ready for a race she is sure she won’t win.

The Missoula marathoner leaves this week for Los Angeles, where she has qualified to compete in Saturday’s trials for a spot on the U.S. Olympic marathon team. But an injury at the end of last year has changed Drobeck’s goal from having the best run of her life to simply wanting to finish the race.

Drobeck, 35, first came to Missoula in 1998 to attend the University of Montana. She went back to her home state of Oregon after graduating, then returned to Missoula in 2004. Unlike many other elite runners, Drobeck didn’t run in high school or college, and only became serious about competing at the age of 30. While she had been running casually for a few years, Drobeck said her husband Andy told her he didn’t see much difference between her and other top-level runners, and asked her why she didn’t simply try running faster.

“It really never occurred to me. I actually tried running faster, and I found out I was pretty fast,” Drobeck said.

After traveling around the country to compete in marathons, Drobeck set her next goal: competing in the Olympic trials.

In 2013, the time needed to qualify for the trials was set, with runners needing to finish an eligible marathon faster than 2 hours, 43 minutes. At the Twin Cities Marathon that fall, Drobeck set a personal best time of 2:44:59. Shortly after the Boston Marathon the following spring, when her finishing time was over 2:46, Drobeck experienced an injury in her pelvis that made it impossible to train over the summer.

Drobeck ran more marathons in 2015, including the Missoula Marathon, which she won for the third time while setting the women’s record, but none of her finishes were fast enough. In December of last year, she traveled to Sacramento to compete in the California International Marathon, the race she thought would finally qualify her.

“That was the best shape I’ve been in ever. I was feeling great, and I knew I was going to run faster than a sub-2:43,” she said.

But by mile 13, Drobeck’s foot started to hurt. Three miles later the discomfort had become painful, and by mile 18 it was changing her gait. Drobeck had to drop out. After the race, she found out she had torn a tendon in her heel.

“It was heartbreaking. It was the first time I’ve ever not completed a race,” Drobeck said. “I would rather be in last place and finish than DNF (did not finish).”

There were still other marathons that could have counted to qualify for the trials, but even walking was painful for Drobeck, who said she spent four days after the December race “wallowing on the couch, drinking wine and eating chocolate” as she accepted that she would not be going to the U.S. Olympic team trials.

On the fifth day, Drobeck received a message from a friend. The International Olympic Committee had relaxed its qualifying standard, raising it to 2:45 because they were having difficulty filling teams in some of the smaller countries competing at the games. The next day, Drobeck's friend sent her another email containing a press release from USA Track & Field saying that it would also change its qualifying time standard to match the IOC’s.

That meant Drobeck was in for the Olympic marathon trials.

Drobeck's injury meant she should have taken things easy for 12 weeks before attempting to run at all. Instead, she worked with physical therapist Matt Schweitzer and her coach, Elliot Bassett, to find a way to make it to the starting line in L.A.

For the first month, Drobeck was very limited in what she could do to get ready for the race, mainly working on a stationary bike, walking and strength training. Three weeks ago, she started running again, running for 90 seconds before walking for five minutes. Since her injury, the longest consecutive run she has managed to do was 35 minutes. As for distance, she is up to around 15 miles when switching between running and walking.

Drobeck said she won’t know if she can finish a full marathon until the trials on Saturday. Any other race, and she said she likely would have dropped out. But this is the Olympic trials, her dream race and an opportunity that comes around only every four years. Apart from Drobeck, the only other female runner from Montana she knows qualified is Helena’s Heather Lieberg.

That’s not to say she’s anticipating a podium finish among the field of just more than 200 elite female runners. Drobeck said she has come to terms with the fact she won’t be setting any personal records this weekend.

“Finishing would be amazing,” she said. “This is my Olympics. I would like to have that finisher’s medal.”

While others were getting ready for church on Sunday, a different kind of congregation was gathering around three coaches in the basement of R…

MISSOULA -- Professional runners dominated the women's half marathon Sunday, which was perhaps the most talented field the Missoula Marathon h…

Runners come from near and far for Missoula Marathon

Runners boarded buses in the early morning darkness on Sunday, heading to Frenchtown and the starting line of the ninth annual Missoula Marathon.

In a race with thousands of participants from all across the world, it was a pair of local runners who made the loudest noise Sunday at the Mi…

Organizers weren't sure runners would return for a second Missoula Marathon.

Katie Mazurek ends every blog post with "Give 'em hell."

Every second counts in the world of emergency first response. They just did in a much different way for Andy Drobeck on Saturday.

Trisha Drobeck, 35, is heading to Los Angeles this week to compete in the U.S. Olympic marathon trials.

After injuring a tendon in her ankle in December, Missoula's Trisha Drobek has reset her expectations; her primary goal is to finish Saturday's marathon.