A rendering of what the building at Casa Loma would look like. 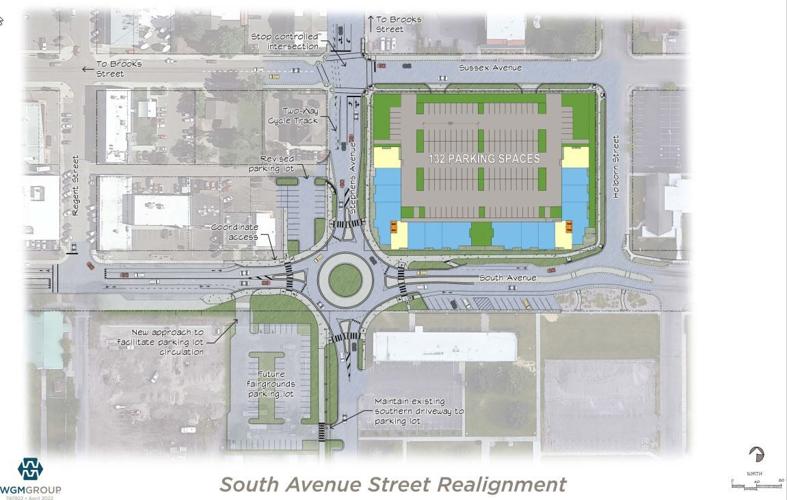 An overhead view of what the street reconfiguration would look like. 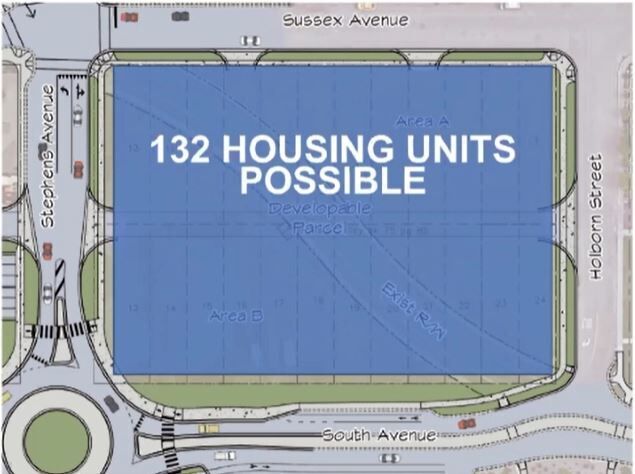 An overhead view of the street reconfiguration.

A Missoula development team has plans for a massive, $30 million development in the central part of town featuring 132 housing units, 20% of which will be set aside for people earning 80% or below of the Area Median Income.

On Thursday, developers Kelly Gill and Nate Richmond of Blueline Development Inc. requested $2.2 million in Tax Increment Financing from the Missoula Redevelopment Agency for public street and sidewalk improvements, utility relocation and deconstruction of existing structures. After a lengthy discussion, the agency's board voted unanimously to grant the funding when the project is completed by 2024.

“The project will redevelop underused property to meet current and future housing needs,” explained Annie Gorski, the deputy director of the agency. “The project involves redeveloping a site in Midtown, at a primary node close to transit, rather than developing a greenfield at the edge of Missoula.”

Called Casa Loma, the project would redevelop the entire 900 block of South Avenue, at the intersection of Stephens Avenue, and would include 18,880 square feet of commercial space on the ground floor. Currently, South Avenue cuts diagonally across the block. The TIF funds would be used to redesign the streets in the area to a more traditional grid pattern, including re-aligning the intersection of South and Stephens with a roundabout.

A two-way track for bicycles would be constructed, along with a sidewalk for pedestrians. There would be 132 parking spaces to go along with the 132 apartments in the five-story building. The site lies within Urban Renewal District III, and the TIF funding would be paid back by the estimated $278,000 per year the project would generate in new property taxes to the city.

“Obviously with the cost of construction, some of these prices might change, but currently we’re modeling all of the for-sale product at 120% of Area Median Income,” explained Nate Richmond, one of the developers.

"Which, certainly years ago I wouldn’t have considered affordable, but here we are now and it’s considerably less than the market rate out there now," Richmond explained.

Richmond noted that Blueline development is currently working on 402 multifamily housing units that will be available for less than market rate in Missoula, including the massive Villagio project on the Northside.

Jeff Smith of WGM Group is helping the developers with the planning and civil engineering. He said it’s been in the planning stages since 2019 and they’ve been working with city transportation officials.

“We’re looking at a significant infill development,” he said. “That’s a rare opportunity to redevelop an entire block. The entire 900 block of South Avenue is centrally located but currently undeveloped and enhanced except for some odds and ends.”

He said that re-establishing a grid network in the area will improve connectivity for pedestrians, cyclists, cars and buses. He said it would also reduce traffic congestion.

Stephen McDaniel of WGM Group said work could begin this fall and the project might be done by the end of 2023 or early 2024.

Ellen Buchanan, the director of the Missoula Redevelopment Agency, said the project wouldn’t require the agency to take on debt because there’s currently over $6 million in contingency funds in Urban Renewal District III.

“For once we have a large project that will not require bonding,” she said.

Ruth Reineking, a member of the agency's board, said she hopes the commercial space includes a child care facility. She also wanted to know what the sustainability goals are for the project. Richmond responded by saying that he will salvage as much material from the existing buildings as possible and he hopes to install a solar component.

Board member Natasha Jones suggested that the developers include a child care facility in the design plans because they have specific requirements.

"This project is fabulous and it really fills so many of the goals that we have for our community and for that area specifically so it really is a great project," Jones concluded.

Rent price increases in Missoula have outpaced the national average since the beginning of 2020.

A pair of proposed developments, one a major subdivision and one an asphalt plant and gravel pit, have been met with resistance in the rural, scenic Arlee area north of Missoula.

The company sells beef and pork raised in the Bitterroot Valley.

A forlorn and long-neglected stretch of fish and wildlife habitat in Missoula has been slowly surrounded by pavement and buildings and digging machines for decades, but a remedy is taking shape.

Rivers in western Montana are expected to crest in the coming weeks and several groups are trying to stave off an environmental disaster at the Reserve Street Bridge in Missoula.

The popular "El Caz" downtown location is closing, but owners Alfredo and Maria Hernandez are expanding their South Avenue location and adding a deck.

The owners of the popular Market on Front, are bringing a new full-service restaurant to The Vista, a large new retail center in south Missoula.

Community Medical Center has a new chief medical officer. Also, Rumour Restaurant in Missoula has closed and a vintage ice cream truck got ransacked by a bear.

A beautiful stretch of the Clark Fork River through Missoula is actually deadly for fish and humans because of an aging irrigation dam that blocks the entire channel.

The position is really about leading a wide range of outreach and engagement processes for the office," said Ashley Brittner Wells.

52 wildfires break out in the last 24 hours across Greece

52 wildfires break out in the last 24 hours across Greece

A rendering of what the building at Casa Loma would look like.

An overhead view of what the street reconfiguration would look like.

An overhead view of the street reconfiguration.