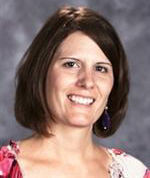 A Sentinel High School employee feared reprisal from her supervisor, Principal Tom Blakely, after she inadvertently saw him and Assistant Principal Libby Oliver “against the wall kissing and/or hugging” outside his office last August.

The unidentified employee was “very upset and scared of retaliation against her,” wrote Trevor Laboski, a regional executive director for Missoula County Public Schools.

MCPS Superintendent Alex Apostle initially suspended Blakely and Oliver for five days for violating a policy that calls on district employees to “maintain professional relationships with students, parents, staff members and others.”

Oliver was subsequently reassigned to Hellgate High School as vice principal and dean of students. Blakely resigned after reaching an agreement with the district in which he was placed on leave for the remainder of the 2014-15 school year and received $90,473, the balance remaining on his contract.

The administrative notes of Laboski and Mark Thane, the school district’s human resources director at the time of the incident, were ordered released by Missoula County District Judge John Larson.

The Missoulian filed a Freedom of Information Act request with MCPS in December, asking for records relating to any misconduct by Oliver and Blakely during 2014. The newspaper also requested administrative notes concerning the district’s investigation into a complaint of improper conduct by Blakely and Oliver.

Previously, the school district released disciplinary letters to the two administrators that referred to an “inappropriate relationship” but did not say what it was, leading to widespread speculation as to its nature.

Oliver sought a permanent injunction against release to the public of the administrative notes, which Larson denied. Elizabeth Kaleva, the district’s attorney, provided a copy of the notes to the Missoulian on Thursday.

The notes had been redacted, in part to conceal the name of the employee who reported the Aug. 11 incident to a union representative at Sentinel.

According to Laboski’s notes, the employee said she was walking past the principal secretary’s office between 4 and 5 p.m. on Aug. 11, prior to the fall parent meeting. As she passed the secretary’s desk, she looked to her left and “observed TB and LO against the wall kissing and/or hugging.”

“As she turned away and continued walking, she could see in her periphery that they pulled away,” Laboski wrote. “She indicated it seemed as though they saw her seeing them.”

Laboski received a call on Aug. 26 from a local Montana Education Association official “regarding an allegation one of her building reps reported.”

Laboski and Thane, who is now the school district's interim superintendent following the resignation of Apostle, met with Blakely, then Oliver, the following day.

In his interview, Blakely at first characterized his relationship with Oliver as that of “colleague,” but later “acknowledged the conduct observed was inappropriate and that it had begun a few months prior,” Thane wrote. “When pressed on the timeline (he) said it began this summer (2014.)”

Oliver initially was “very vague, indirect and indicated there was no inappropriate relationship between her and TB,” Laboski said.

After Oliver was reminded that she could be dismissed for lying during an investigation, she admitted to the inappropriate incident and that an inappropriate relationship had been going on since she returned from a trip to France and went back to work in early July.

“Her home life was not good and (Blakely) was being supportive of her. That’s when it began according to her,” Laboski wrote.

In the interviews, Blakely and Oliver each agreed that the relationship didn’t start until after Oliver was promoted from dean to assistant principal earlier in the year. Both said the employee’s allegation was accurate, “but could not remember if they were kissing,” Laboski wrote.

Thane and Laboski again met separately with Blakely and Oliver the following morning, Aug. 28. After conferring with Apostle and Kaleva, they issued letters of reprimand/suspension that afternoon.

In the morning interviews, both administrators agreed they were out of line, but asked to keep their current positions. Blakely called his affair with Oliver a "lapse of judgment" and apologized to district officials for putting them in the positions they were in. He also asked to apologize to the employee who saw them in the romantic tryst.

“We said no,” Laboski wrote.

“He thinks this could be a real turning point in his life and that he would like a chance to prove it personally and professionally,” Laboski continued. “(Thane) reminded him of the rumor mill and that he has essentially compromised his ability to lead effectively in the building.”

Oliver said the relationship with Blakely began around the second week of July.

“(Blakely) could tell she was going through a rough time and was supportive. A personal relationship grew from that,” Laboski said in his notes. “After the incident that was observed, they spoke and agreed it was stupid. They told each other boundaries had to be kept.”

Oliver said she and Laboski could work on a list of goals “on ways she can redeem herself.”

“She talked about her 12 years in the district and how she needs to find balance in her personal and professional life,” Laboski said. “She indicated that at the end of the year, if movements need to happen, she would be OK with it.”

Both administrators were informed that their personnel files could be subject to Freedom of Information Act requests.

When Blakely was read his letter of reprimand that afternoon, he initially refused to sign for receipt of it, Thane said.

Blakely “indicated it was too stiff of a penalty,” Laboski wrote. “He stated he had stuck up for his employees before and that we were not sticking up for him.

“He was visibly upset and spoke of his wife and family and the impact it will have on them. He indicated he was finished.”

Oliver “showed little emotion and said very little” when she received her reprimand letter, Laboski reported. “She nodded and said okay. We asked if she had any questions and she said no.”

In both cases, a meeting was set for the following week “to discuss assignment,” Laboski said.

MCPS announced on Sept. 4 that both Oliver and Blakely would be reassigned within the district. Oliver subsequently took on a similar role at Hellgate, and last month was rehired for the 2015-16 school year.

Oliver, who as Libby Brunell was a valedictorian at Sentinel in 1994, was the World Languages Department chair, French teacher and speech and debate coach at Sentinel before joining the administration.

Blakely, a University of Montana alumnus, was principal at Three Forks School District for nine years before he arrived at Sentinel in 2009. He was named principal of the year by the Montana Association of Secondary Principals in 2008.

Missoula County Public Schools: Willing to kiss for much less

Some things are just too absurd to not comment.

Missoula County Public Schools has identified a potential location for a new Cold Springs Elementary School, one of the projects that is part …