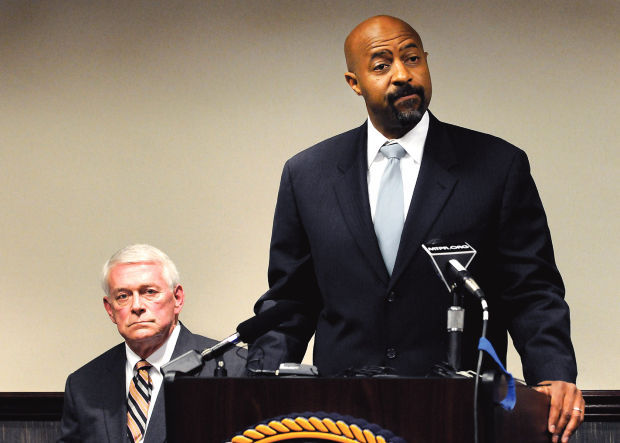 “We heard from women who lived through sexual assault and were unfairly belittled, disbelieved, or blamed for speaking up about what was done to them,” says Roy Austin Jr., deputy assistant attorney general for the U.S. Department of Justice’s Civil Rights Division at a Thursday news conference. 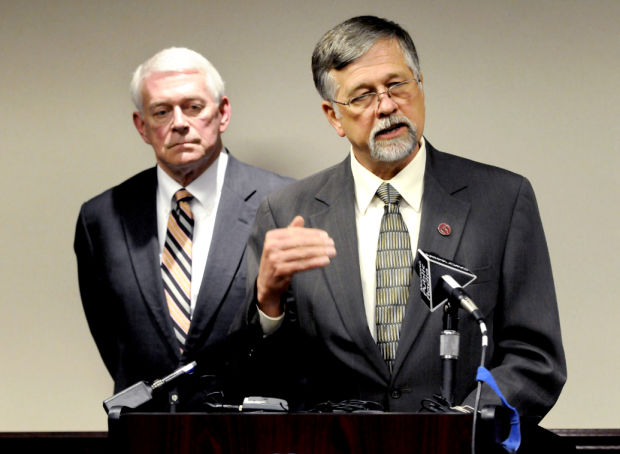 Department of Justice attorneys sang the University of Montana’s praises Thursday for its efforts to address problems surrounding sexual assault, even as DOJ documents painted a damning picture of how assault cases involving UM students all too often were handled.

Women at UM who reported being sexually assaulted or harassed “were unfairly belittled, disbelieved or blamed for speaking up about what had been done to them,” Roy L. Austin Jr., deputy assistant attorney general for the DOJ’s Civil Rights Division, said Thursday.

Results of the yearlong DOJ investigation into how UM handles reports of sexual assaults included among other things:

• That six UM football players – including three who allegedly attacked a single woman – have been accused of involvement in sexual assaults in a three-year period.

• That UM waited a week in early 2012 to tell city police about two students who reported being sexually assaulted on the same night by the same man – and the man fled the country before police were notified.

• And that UM campus police policies on sexual assault were, until recently, “nonexistent.”

Austin came to Missoula on Thursday for a joint news conference with Montana U.S. Attorney Michael Cotter and UM President Royce Engstrom, announcing the Justice Department’s agreements with UM that stemmed from the investigation.

Cotter described the agreements on new UM policies and procedures surrounding reports of sexual assault and harassment as “the gold standard” for colleges and universities around the country as they deal, inevitably, with reports of their own.

And he praised Engstrom for “bold and difficult decisions” in dealing with a “historical problem” on campus that preceded Engstrom’s tenure as president.

Results of the Missoula Police Department investigation should be announced soon, Austin said; however, Missoula County Attorney Fred Van Valkenburg said when the investigations were announced a year ago that he wouldn’t cooperate.

“We’ve had numerous conversations with the county attorney and have not found a place for cooperation there,” Austin said. “ … We have the authority to bring litigation” if issues cannot be resolved, he said.

Problems with sexual assault involving UM students began to come to light in mid-December 2011. In response to a newspaper request, the university reported then it had hired an outside investigator to look into allegations that two female students had been gang-raped, possibly after being drugged, by several male students.

The investigation by retired Montana Supreme Court Justice Diane Barz grew to include nine alleged sexual assaults against women at UM between September 2010 and December 2011.

The fact that UM wasn’t aware of all nine incidents mentioned in the Barz report suggested “a lack of communication between the different responders to sexual assault in Missoula,” said the DOJ.

The remark was in one of two letters released Thursday from the DOJ to UM – one to Engstrom and UM legal counsel Lucy France, the other solely to Engstrom. Among other things, those letters outlined some of the issues that led to the federal investigation, and also what the investigation found.

For instance, the university did not institute Student Conduct Code procedures against the three football players accused of assaulting a woman until nearly a year after the coach knew the alleged victim had filed a report with the Missoula Police Department, according to one of the letters.

“The student assumed that she did not need to file an additional complaint with the university because the police had notified a university employee,” the letter said.

In an apparent reference to the same case, the DOJ wrote that the university employee did not tell UM’s Title IX coordinator or the dean of students, nor did UM investigate the case through the Student Conduct Code process until about a year later, “when those involved in the Title 9 grievance process learned of the incident through the media.”

The firings took place days after Pflugrad lauded the “character and tremendous moral fiber” of Grizzlies quarterback Jordan Johnson, who had been accused of rape. Johnson later was formally charged with sexual intercourse without consent, and was acquitted March 1 after a three-week trial.

Former Grizzlies running back Beau Donaldson was sentenced in January to 30 years in prison with 20 suspended after he pleaded guilty to raping a childhood friend in 2010. He recently applied for a sentence reduction.

Six football players were accused of being involved in sexual assaults between 2009 and 2012, according to one of the letters.

Women also told DOJ investigators they faced retaliation when they reported sexual assaults. According to the DOJ: One woman told the dean of students that a friend of her alleged attacker yelled at her that she’d “better not file charges.” Another said that after she was sexually assaulted, she found anonymous notes on her door saying “Watch your back.” A third said that the students she’d accused of attacking her began loitering in her dorm, and threw things at her sister. Both women left the university.

The DOJ was particularly critical of campus police, saying the UM Office of Public Safety “does not adequately respond to reports of sexual assault, and that its policies and training related to sexual assault response are insufficient and, until recently, nonexistent.”

Among the findings listed in the letter:

• Campus police officers appeared unaware of all the resources available to victims of sexual assault, failing “to consistently offer women information about these resources.”

• Campus officers were unclear about the difference between misdemeanor or felony sexual assault.

• Campus officers’ response to reported sexual assaults “potentially undermines” efforts to determine if a crime occurred and whether prosecution is viable. The letter cited one instance in which an officer wrote that a woman who’d reported a sexual assault didn’t appear upset, and described her “alcohol-scented breath” and “clean and undamaged clothing” – even though she’d given the officer clothing as evidence.

• “Our investigation indicated it is OPS practice to routinely ask women whether they wish to pursue charges and advise them that, if they do so, they will have to face the suspect in court. … Such questioning can act as a powerful means of dissuading women from working together with law enforcement,” the DOJ wrote.

• One officer’s summary about a reported sexual assault “indicated an unwarranted skepticism about the woman’s credibility.” And two campus safety officers who responded to a report of a sexual assault in a dorm “used the term ‘regretted sex’ while speaking in a volume that could be heard by others in the vicinity.”

DOJ investigators spent 10 days in Missoula during the last year interviewing law enforcement officers, advocates, women, witnesses and others in the community, the letter said. They spoke with more than 30 women – or their representatives – who’d reported being assaulted at the university, it said.

Live coverage of the U.S. Department of Justice announcing results of its yearlong investigation into the University of Montana. The announcem…

The U.S. Department of Justice announced Wednesday that the Missoula Police Department will reform the way it handles reports of sexual assault.

“Because of this agreement, all community citizens, men and women, will be safer,” Michael Cotter, U.S. Attorney for Montana, said in the conference call announcing the agreement.

With other colleges watching, the University of Montana will contract with a national expert on police response to sex crimes to help evaluate…

No more waiting and wondering for the Montana football program.

Missoula police chief steps back to focus on DOJ response

With the new academic year closing in and a federal investigation in the rearview mirror, the University of Montana will fill a new position t…

More convictions against rapists will be one measure of success. The Missoula Police Department was charged with improving its response to victims of sexual assault after a federal investigation, and the city of Missoula on Thursday released the first report on that effort by an independent reviewer.

Remarks by U.S. Attorney for the District of Montana Michael W. Cotter

The U.S. Department of Justice released the findings of its yearlong investigation into how the University of Montana handles cases of sexual …

One year ago today, attorneys from the U.S. Department of Justice flew from Washington, D.C., to Missoula to announce an investigation into ho…

A U.S. Department of Justice investigation into how sexual assault cases are handled in Missoula will review 80 rape reports over the last thr…

The federal probe into possible gender discrimination by the Missoula Police Department, University of Montana and Missoula County Attorney’s …

“We heard from women who lived through sexual assault and were unfairly belittled, disbelieved, or blamed for speaking up about what was done to them,” says Roy Austin Jr., deputy assistant attorney general for the U.S. Department of Justice’s Civil Rights Division at a Thursday news conference.