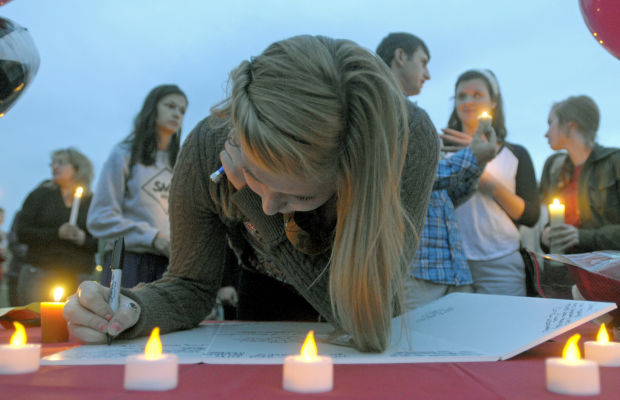 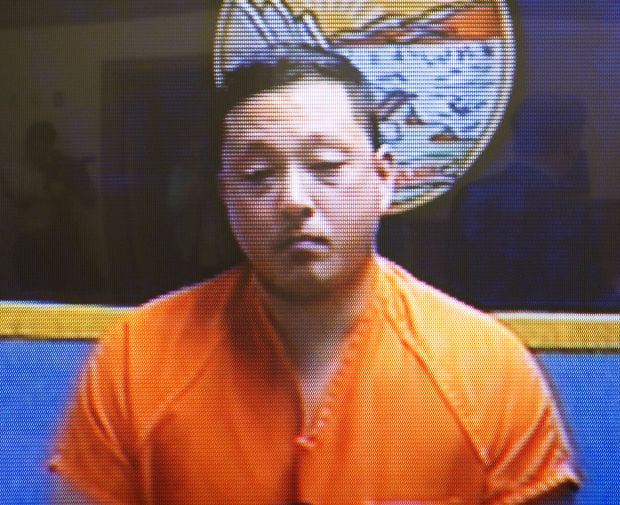 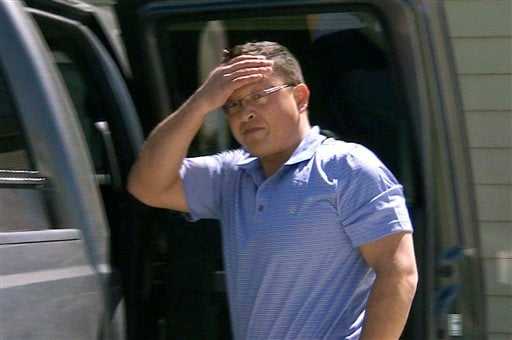 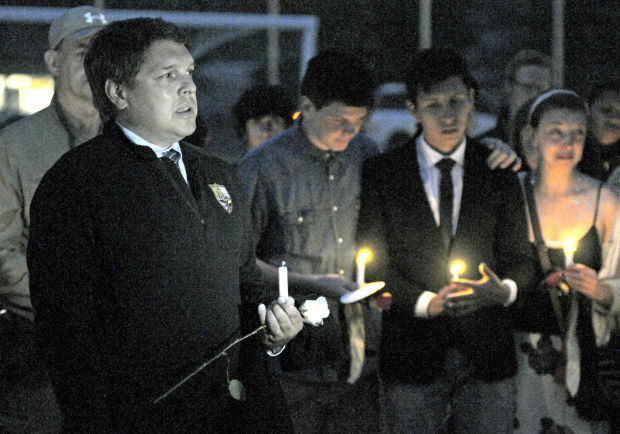 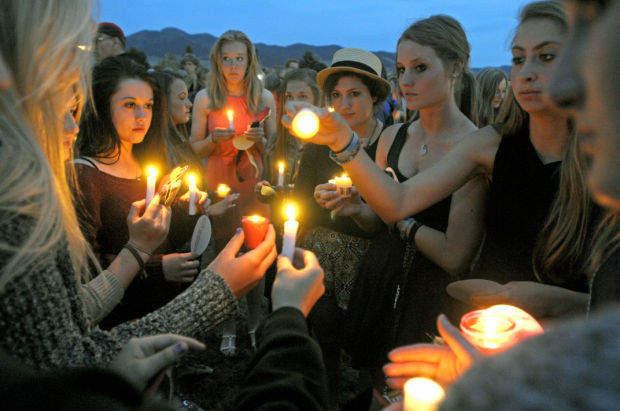 Friends and classmates of Diren Dede gather with lit candles during a vigil held at the Fort Missoula soccer fields Friday evening.

Missoula Mayor John Engen said while international media have focused on the recent shooting of a teenager by a Grant Creek homeowner claiming self-defense, a national gun violence group he belongs to has not dug into the so-called “castle doctrine” yet.

“I am a member of Mayors Against Illegal Guns,” Engen said Friday. “My part in that is about promoting common-sense gun laws, and chief among those are programs for expanded background checks. I think other common-sense gun organizations are paying attention to this, but I haven’t had contact on this issue.”

German exchange student Diren Dede was killed while allegedly trespassing in the garage of Missoula homeowner Markus Kaarma on April 27.

Kaarma has been charged with felony deliberate homicide, but his lawyer plans to claim self-defense under Montana’s “defense of an occupied structure” law. It’s a variation of the “your home is your castle” doctrine, absolving a shooter of guilt for using lethal force for self-defense at home.

The Montana law presumes a shooter is innocent if he or she believes there’s a risk of death or serious injury from an intruder. The law also says a person may stand his or her ground with lethal force without a duty to attempt escape first, regardless of location.

Engen gave an interview with the German magazine Stern on Friday morning about American gun laws and his participation in the mayors’ group. Formed in 2006 by New York City Mayor Michael Bloomberg and Boston Mayor Thomas Menino, Mayors Against Illegal Guns now claims more than 1,000 current and former mayors as members.

It’s also part of a larger organization known as Everytown for Gun Safety, which claims 1.5 million members nationwide seeking new laws to reduce gun violence. The organization has been actively challenging stand-your-ground laws and policies that govern the use of guns in resolving conflicts. But it has not taken a position on the Dede case in particular.

According to information provided by Everytown, 22 states including Montana have stand-your-ground laws that say a person has no duty to retreat from an illegal situation before resorting to deadly force. The group distinguishes that from castle doctrines.

“The castle doctrine has been around for centuries – it says there is no duty to retreat before using deadly force when you are in your own home,” the organization statement read. “We do not oppose the castle doctrine. (Stand-your-ground) says there is no duty to retreat anywhere. So in a SYG state, you can shoot a person in a public place even if you could have easily walked away from the situation.”

“As someone responsible for law enforcement and the safety of police officers, we’re doing everything we can to curtail it while still honoring the Second Amendment.” Engen said. “This isn’t about gun sports. It’s about gun violence and people getting killed. I think we can keep people safe, and ensure law-abiding citizens can enjoy their guns for the recreational and hunting opportunities they want to pursue. I understand self-defense is clearly an issue for some people. But I think there are any number of ways for people to demonstrate that if their life is at risk, they can be immune from prosecution. I’m not sure it takes a castle law to ensure that.”

At a Missoula campaign event Sunday, Democratic senatorial candidate Dirk Adams defended his harsh commentary on the April 27 shooting of a 17…

Shooter's wife may be charged in exchange student's death

HELENA – A Missoula man is accused of setting a trap and blindly blasting a shotgun into his garage, killing a 17-year-old German exchange stu…

The 17-year-old boy who was shot and killed early Sunday was Diren Dede, a foreign exchange student from Hamburg, Germany, attending Missoula'…

Friends and classmates of Diren Dede gather with lit candles during a vigil held at the Fort Missoula soccer fields Friday evening.