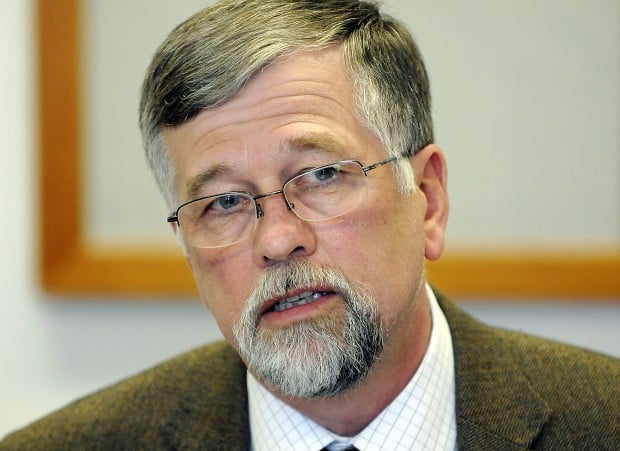 University of Montana President Royce Engstrom speaks during a news conference regarding alleged assaults against two UM students in February. 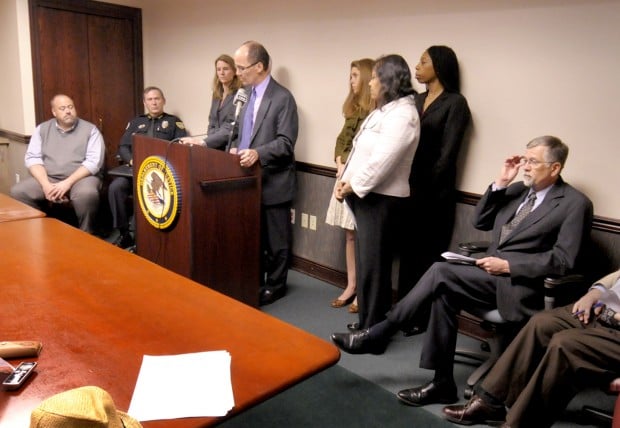 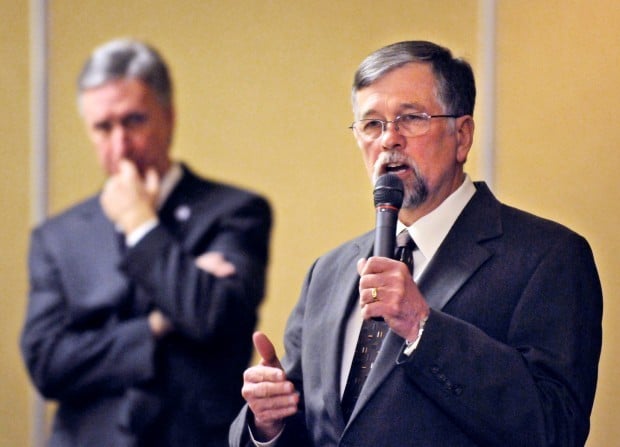 “These are complex matters with many questions involved,” Engstrom said in a telephone interview. “It’s certainly understandable and appropriate that dialogue occurs. ... People have been working very hard to move these issues forward in the right direction.”

Engstrom returned late Tuesday afternoon from a university-related trip to Australia to face the fallout from weekend publicity about emails released to the Missoulian and the Wall Street Journal, stemming from a joint open records request. In addition, the New York Times and CNN, among other national outlets, ran stories.

Two of the recently publicized emails showed UM Vice President Jim Foley questioning whether an alleged rape victim who talked publicly about her ordeal had violated the Student Code of Conduct, as well as Foley questioning the Missoulian’s use of “gang rape” instead of UM’s preferred term “date rape” to describe allegations of women being drugged and assaulted by multiple men.

Former UM Dean of Students Charles Couture provided the reply to Foley’s question. “Jim, I used that term when I accused the four football players of rape, in addition to one accomplice, because that is what it was,” Couture wrote in March.

“I’m not going to get into details of any specific emails,” Engstrom said Wednesday. “I will take this as a sort of total package, and look for ways we can improve going forward.”

Foley has not commented publicly on the emails, and was in Atlanta on Wednesday on a university-related trip.

Engstrom said he wouldn’t discuss any of the individual emails released to the newspapers.

“We’ll be, over the next few weeks, reviewing in considerable detail how we have communicated and how we need to communicate going forward,” he said.

As to whether the fallout from how the alleged assaults were handled might result in additional personnel changes, Engstrom said simply, “I can’t give you an answer because I don’t know the answer.”

He highlighted efforts undertaken by the university since UM announced in December that it had appointed an outside investigator – former state Supreme Court justice Diane Barz – to review sexual assault allegations involving students.

Those efforts include a series of public and campus forums by Engstrom, new training for faculty and staff, and new course requirements for students highlighting issues around sexual assault, alcohol and drugs.

Engstrom also posted documents stemming from the investigation, and his own remarks on the issue, on his personal page on UM’s website.

“I firmly believe that we have faced a very serious issue in that we have done our best to deal with that issue in a methodical, deliberate, legal and open manner,” he said. “We will continue to do that to the best of our ability.”

Until this week, UM legal counsel David Aronofsky was responsible for reviewing and responding to media requests for communications among UM administrators about the alleged assaults.

Now, however, attorneys for the Montana Board of Regents will handle those requests. Kevin McRae, the regents’ associate commissioner for human resources, said Tuesday that should allow more efficient compliance with the requests. Aronofsky traveled to China this week on university-related business, McRae said.

The regents meet Thursday and Friday in Havre. Although the issue of how UM handled alleged sexual assaults isn’t on the agenda, McRae said Commissioner of Higher Education Clay Christian would be prepared to answer questions about it.

The Montana Chapter of the American Association of University Women sent a letter to the regents asking the board to take a number of actions, including full cooperation with the Justice Department investigation, and to develop protocols for handling sexual violence cases.

The AAUW advised the regents to “encourage all parties to work together to ensure that women and men can attend a Montana institution of higher education knowing that proper investigatory and prosecutorial procedures are in place and efforts have been made to protect them from all forms of sexual violence.”

Reporter Gwen Florio can be reached at 523-5268, gwen.florio@missoulian.com or @CopsAndCourts on Twitter.

For streaming video of the Board of Regents meeting Thursday and Friday, go to http://bit.ly/cP4Q0B. For the regents' agenda, click on http://bit.ly/KQFwQx.

The hard lessons from the last few months at the University of Montana have not been lost on the greater Montana University System.

The Montana Board of Regents on Friday approved a system-wide policy clarifying existing requirements on handling sexual assault allegations.

The NCAA notified the University of Montana on Jan. 30 that it is investigating the Grizzlies football team, though the particulars of the inv…

UM vice president Jim Foley out of the limelight for now

One of the most visible figures throughout the months-long sexual assault controversy at the University of Montana has dropped from sight.

As the University of Montana’s rape scandal began to unfold late last year, athletic director Jim O’Day was involved with another controversy,…

Former Griz coach Pflugrad gets $44,500 from UM for lost income

University of Montana President Royce Engstrom announced Thursday that David Aronofsky, the university’s chief legal counsel for the past 18 y…

A second federal investigation has opened into allegations of sexual assault at the University of Montana, already the focus of a U.S. Department of Justice review.

The U.S. Department of Education’s Office of Civil Rights “will examine whether the university responded promptly and appropriately to complaints of sexual harassment and sexual violence,” a DOE spokesman said Tuesday.

Four University of Montana football players were among five men who allegedly gang-raped a student, according to an email from UM Dean of Stud…

University of Montana President Royce Engstrom speaks during a news conference regarding alleged assaults against two UM students in February.