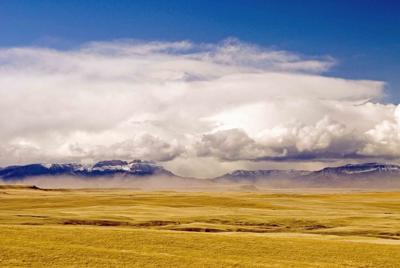 Jim Posewitz, renowned Montana conservationist, has written “the lesson history teaches along the Rocky Mountain Front is that this land’s greatness was realized because our predecessors accepted no boundaries. They saw land and wildlife with problems, but they put no boundaries on either their vision or their quest for solution… their victories present us today's opportunities… We must learn to think beyond boundaries and dream without bounds.”

Beyond the reach of recorded history, with details lost in the mist of surmise, ancient peoples migrating from inner Asia crossed into North America by way of a land bridge spanning an area now occupied by the Bering Sea. They then passed through the Yukon River Valley of Alaska before journeying south through Canada, Montana and beyond. Their guiding marker was the eastern rim of a daunting, natural barrier, the Rocky Mountain Front. The passage they established within the shadow of the wall is now known as the Great North Trail.

It is here, along “the Front,” that the Great Plains skids to an abrupt halt against the soaring escarpment of the Northern Rockies. No transition zone of slowly rising foothills; the mountain wall wastes no space in making its existence felt. And what a colossal presence, fortress-like reefs ascending to naked heights two to four thousand feet above their base!

Looking toward the sunrise from the Rocky Mountain Front, the horizon, a soothing fusion of earth and sky, seems endless. Here is the landscape’s softer, gentler side. Short-lived hills intersperse with buttes, river bottoms, prairie potholes, flatland, clusters of fens and stands of deciduous and conifer trees. It’s this contrast of modest grandeur and the explosive power of the mountains that has inspired people to love and cherish this place.

The Rocky Mountain Front as portrayed in this essay considers ground from U.S. Highway 2 in the north to Montana Highway 200 in the south. To be sure, the Front continues northward as well as in a southerly direction but this 152-mile span has like geology, history and most important unique wildlife habitat. It is also a guardian of the Bob Marshall Wilderness complex and a key component of the Crown of the Continent ecosystem.

Its trails lead to some of the most diverse wilderness in America, and its canyons serve as passageways for migrating wildlife. All that this place offers rank it as one of the planet’s most magnificent treasures.

Water is the essence of any natural system, and this component of the Crown, the RMF, is long on streams, creeks and rivers. Born from springs, snowmelt and ice accumulated in caves, water poured from the high country forms the Dearborn, Sun, South and North Forks of the Teton, West Fork of the Teton, Birch Creek, Badger Creek and the Two Medicine — all fabled and adding immensely to the beauty and aura of this environment.

And then there are the wild creatures that claim this storied land. History proves that the area’s environmental and economic health depends on the well-being of its wildlife. And today, the Front is indeed alive and rich with fauna.

Native American tribes relied on game populations far back into pre-history. Wildlife sustained both their physical and spiritual lives, and Indian spirituality emphasizes the sacredness of wild places. Traditionalists still journey on vision quests and seek personal animal spirit guides just as their ancestors did. Badger Creek, Goat Mountain, Elk Pass and Antelope Butte — such places stress the importance of wildlife along the RMF.

From a natural perspective, this rich gathering of wildlife is owing to an elevational and climatic gradient — an ecotone — on the landscape. Here is a spectacular geographic transition of landscapes rising from riparian areas to short grass prairie and upwards to shrubs, open forests, precipitous cliffs and lofty summits, providing living space for 43 mammals and 110 species of birds.

Fingers of wetlands or fens, as they are best known, are RMF areas where grizzly bears still venture to the prairie they roamed when Lewis and Clark explored Montana. Use of their former range is increasing, the only place in the lower 48 states where this is occurring. Pine Butte Swamp Preserve, at 18,000 acres and an extensive peat-land fed by mineral-rich groundwater, is the largest of these wetland complexes used by the bears.

Among some of the other wild creatures that call the Front home are wolverines, as well as one of the largest native bighorn sheep and goat populations in the nation. Gray wolves frequent the Front’s northern canyons and jagged reefs and soaring walls provide sanctuary for golden eagles and prairie and peregrine falcons. The southern reaches serve as wintering ground for the second largest migratory elk herd in the nation as well as deer and antelope. And interestingly enough, shimmering west slope cutthroat trout, for the most part found only west of the Continental Divide, find some of the streams of the region to be to their liking.

It can be said that with the exception of bison, every wild species that was here when the Corps of Discovery came up the Missouri in 1805 is in residence!

For a period though, wildlife here was imperiled. Forest Ranger Ellers Koch wrote in 1941, "the South Fork of the Flathead and the Sun River country is today considered excellent game country. Deer, elk, and goats are relatively abundant. Yet in the fall of 1905 and again in 1906 I road for a month with a pack outfit to the wildest part of that country with a rifle and on my saddle, and with the exception of one goat, I never saw or got a shot at a single big game animal …"

The area’s conservation history is rooted in its natural critters. In the early years of the 20th century, wildlife, as Koch noted, had virtually disappeared from the Front and the eastern Bob Marshall. Alarmed, folks from all political persuasions and interest groups came together. Realizing wildlife needed sheltered habitat to thrive, game ranges and other protected lands were established. The U.S. Forest Service joined in by setting aside three primitive areas that would, in 1940, become part of the newly created Bob Marshall Wilderness.

Today, the abundant wildlife population and outstanding habitat is a result of the work of many people putting their shoulders to the wheel to make it happen. A tradition of collaboration and compromise for the sake of preservation was established on the RMF and carries on today.

A second passenger survived the crash and was transported to a hospital in Washington State, the Missoula County Sheriff's Office said.

Police said the man died at the end of a 12-hour hostage situation that ended with the Missoula Police Department SWAT team breaching the home.

"I've heard urban legends about that happening, and I've never actually seen it," said Andy Austin, who filmed the bear from his pontoon boat.

"An amazing man, but if you met Wayne, you already knew that," the GoFundMe page reads.

Pedro Luis Cruz, Jr., was found dead from an apparent self-inflicted gunshot wound in the home on the 2900 block of Fleet Street at 6:30 a.m. Sunday by the Missoula Police Department's SWAT unit.

The Paramount Network has rented the old Harris Thermal warehouse in West Riverside east of Missoula for the production of the hit "Yellowstone" television series starring Kevin Costner.

The same day of the protest, Montana reported 217 new COVID-19 cases, a daily record for the state. 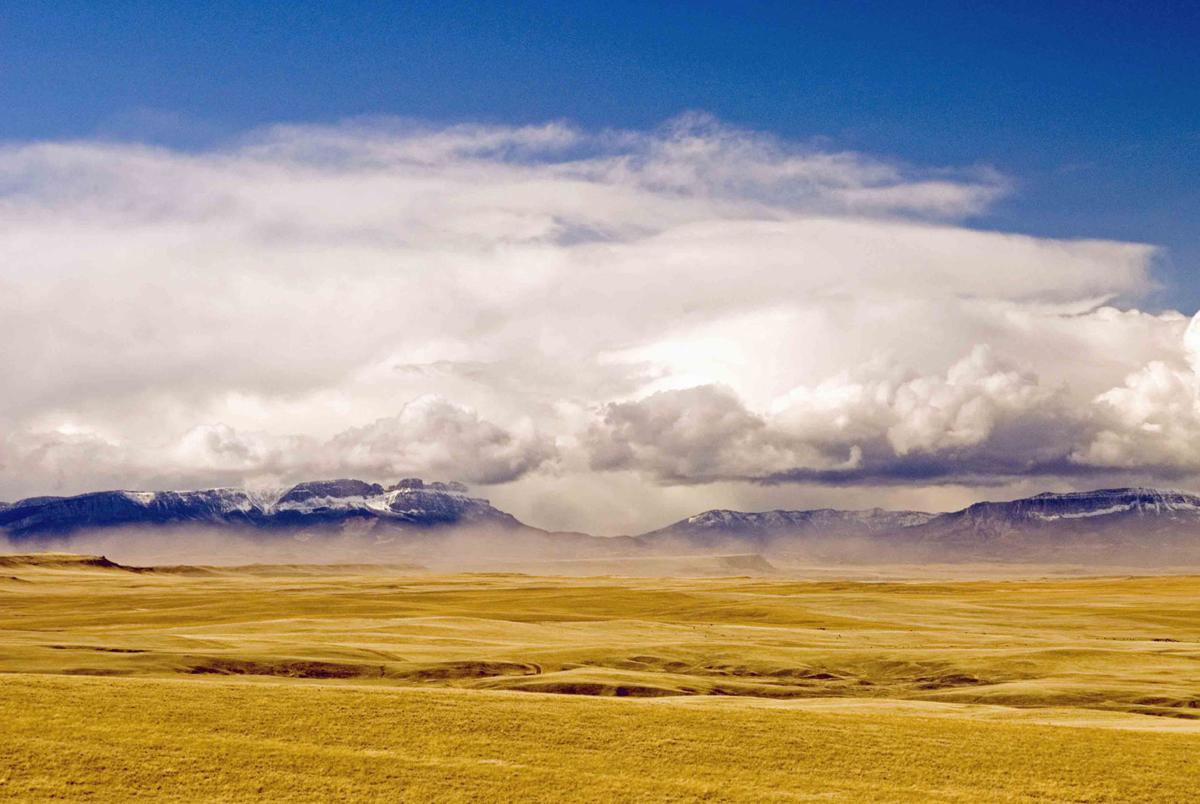 A herd of elk southwest of Augusta.

A view of Dupuyer Creek on the Rocky Mountain Front. 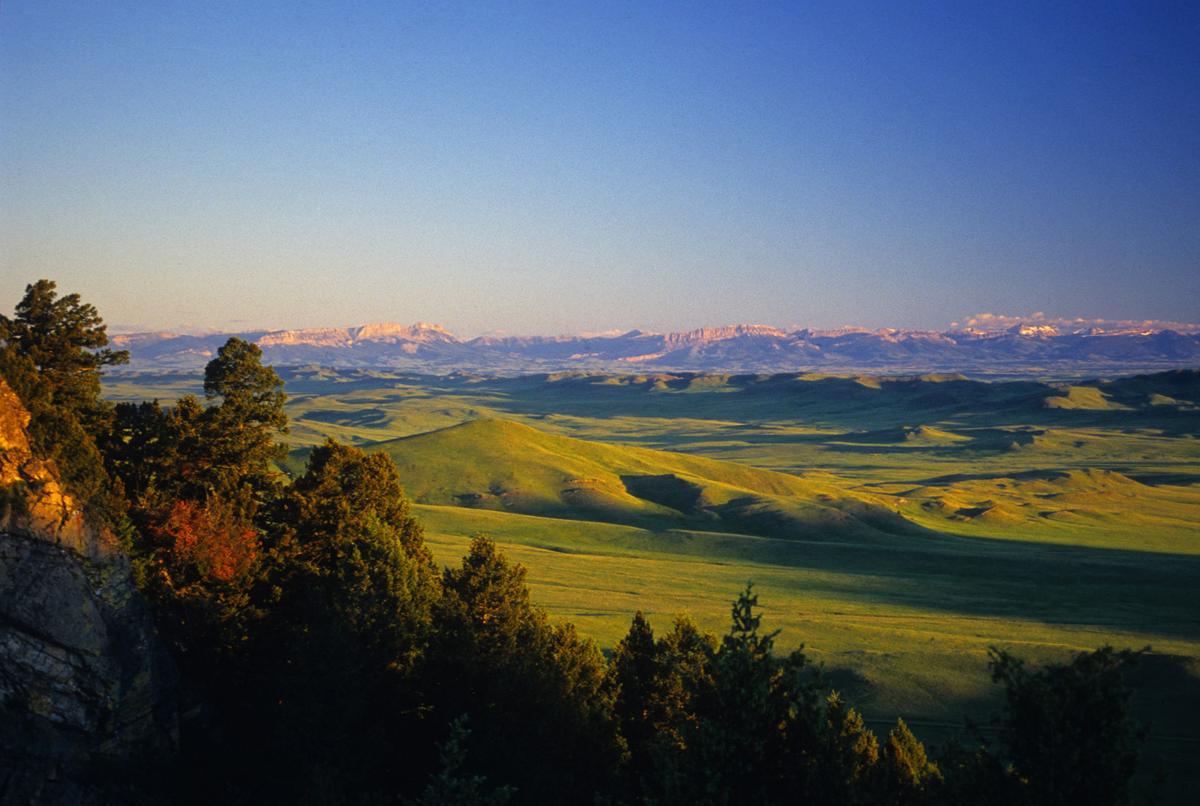 A look at the Rocky Mountain Front from the Birdtail area. 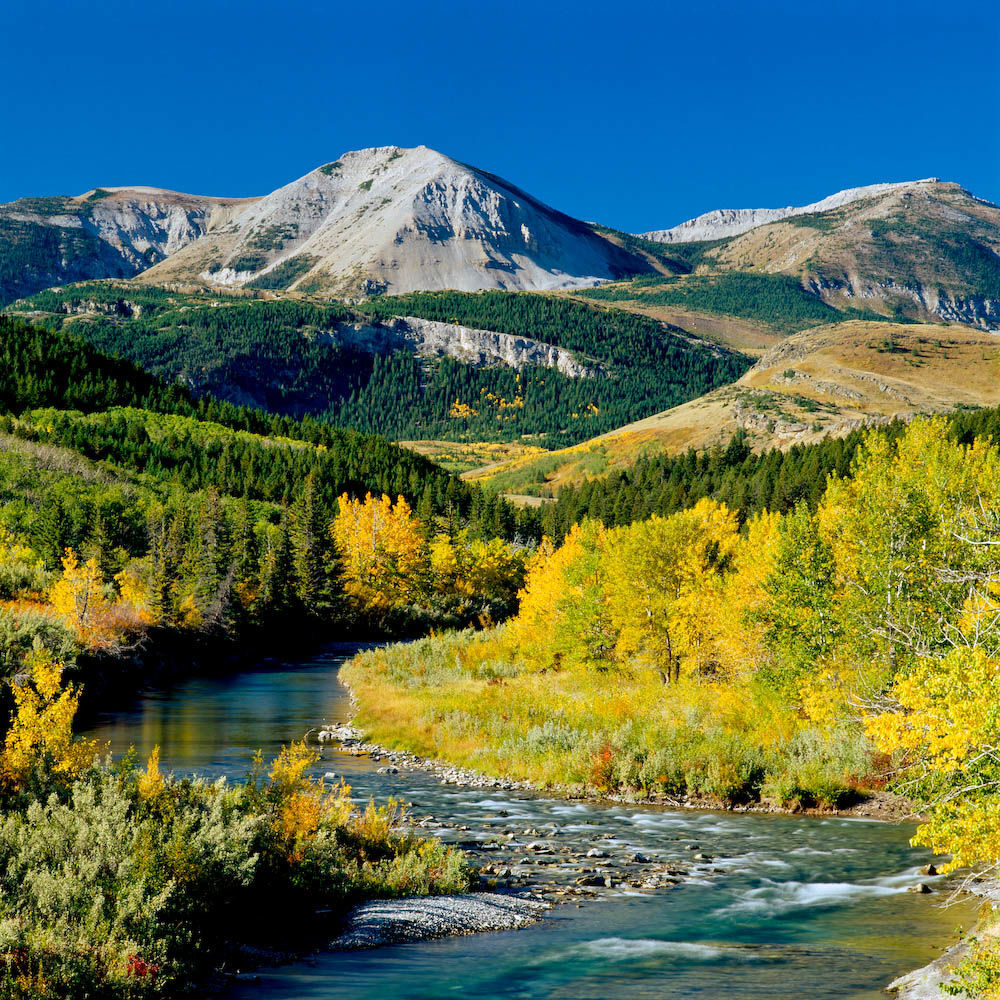 Fall colors along Badger Creek below the Rocky Mountain Front near Heart Butte. 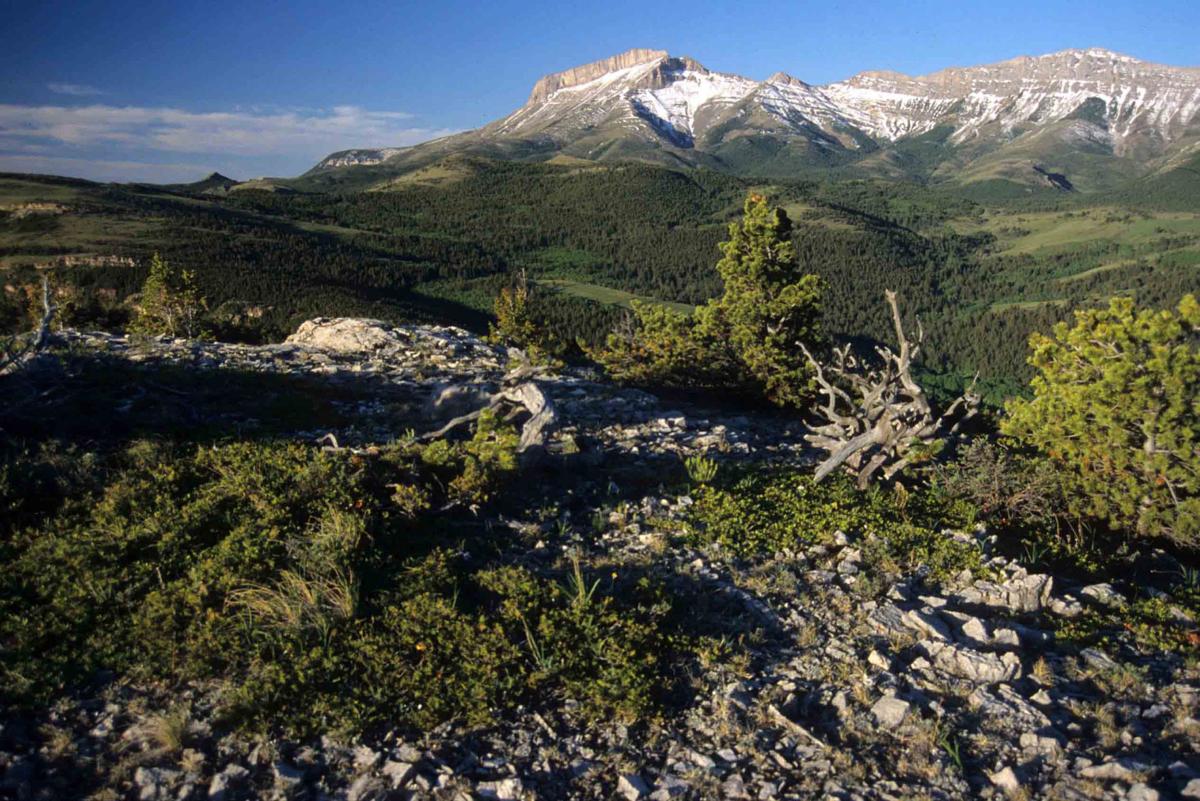 A view from Ear Mountain on the Rocky Mountain Front. 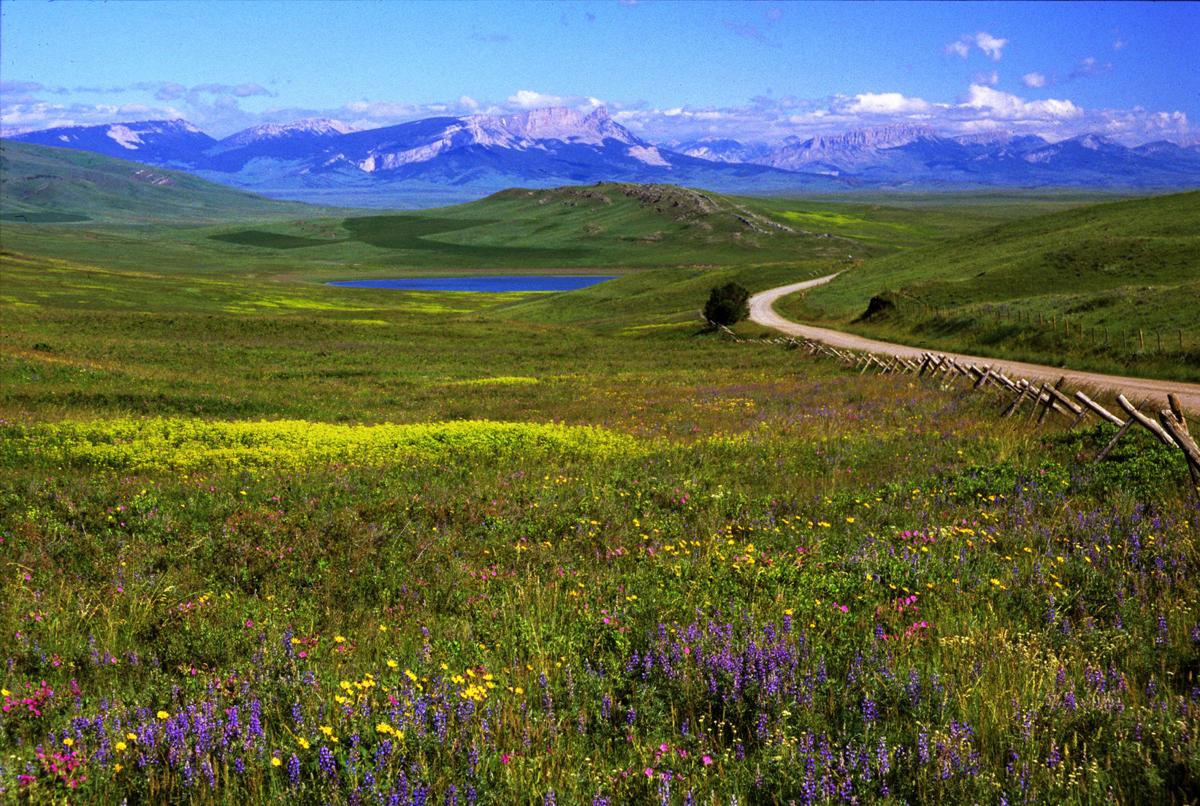 The back road to Augusta, east of the Rocky Mountain Front. 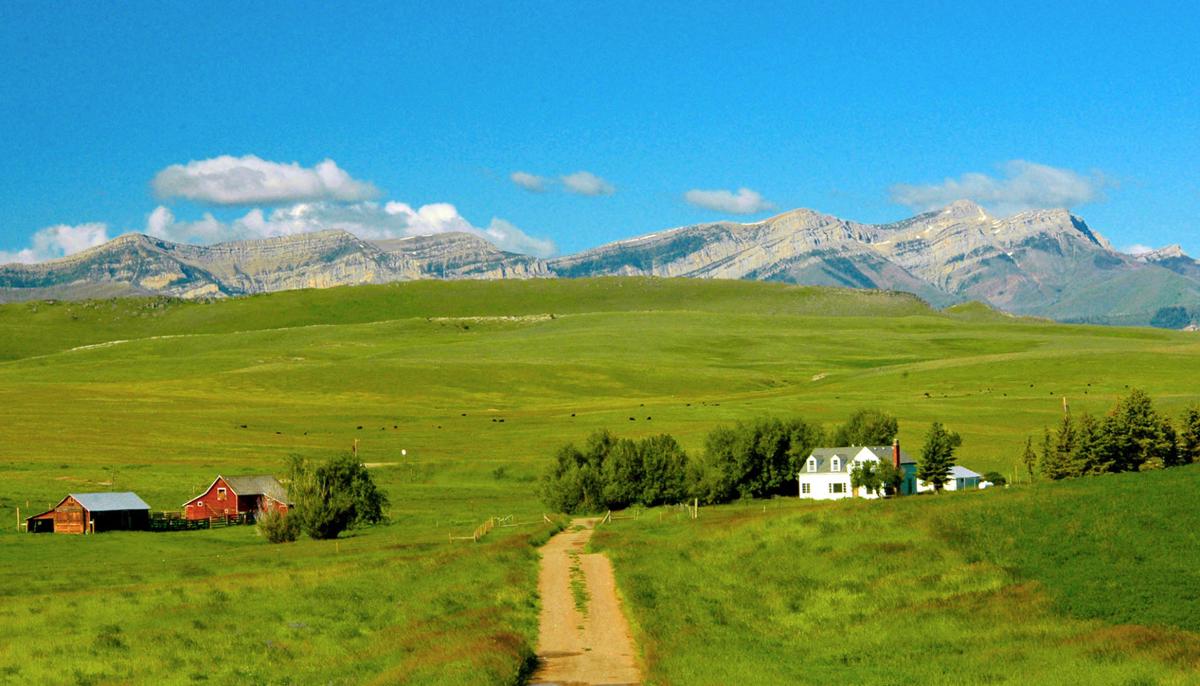 A ranch southwest of Augusta on the Rocky Mountain Front. 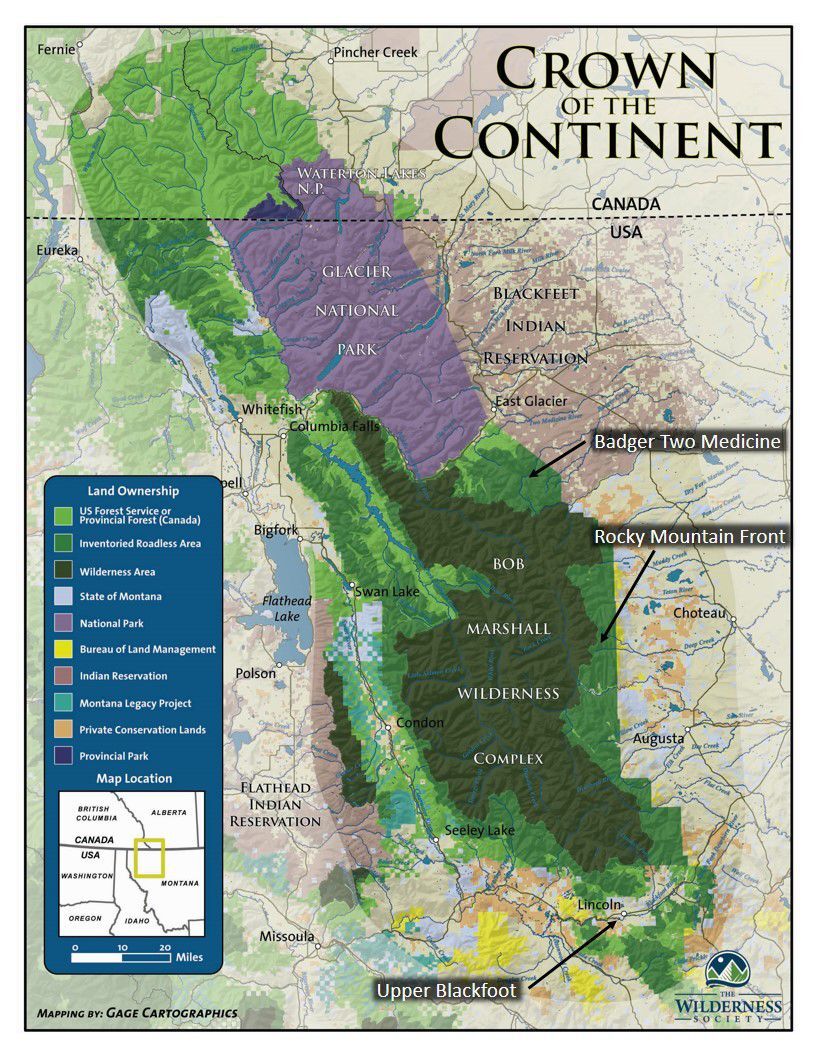