Browns vs. Chiefs: Follow the latest scores and updates from the NFL playoffs 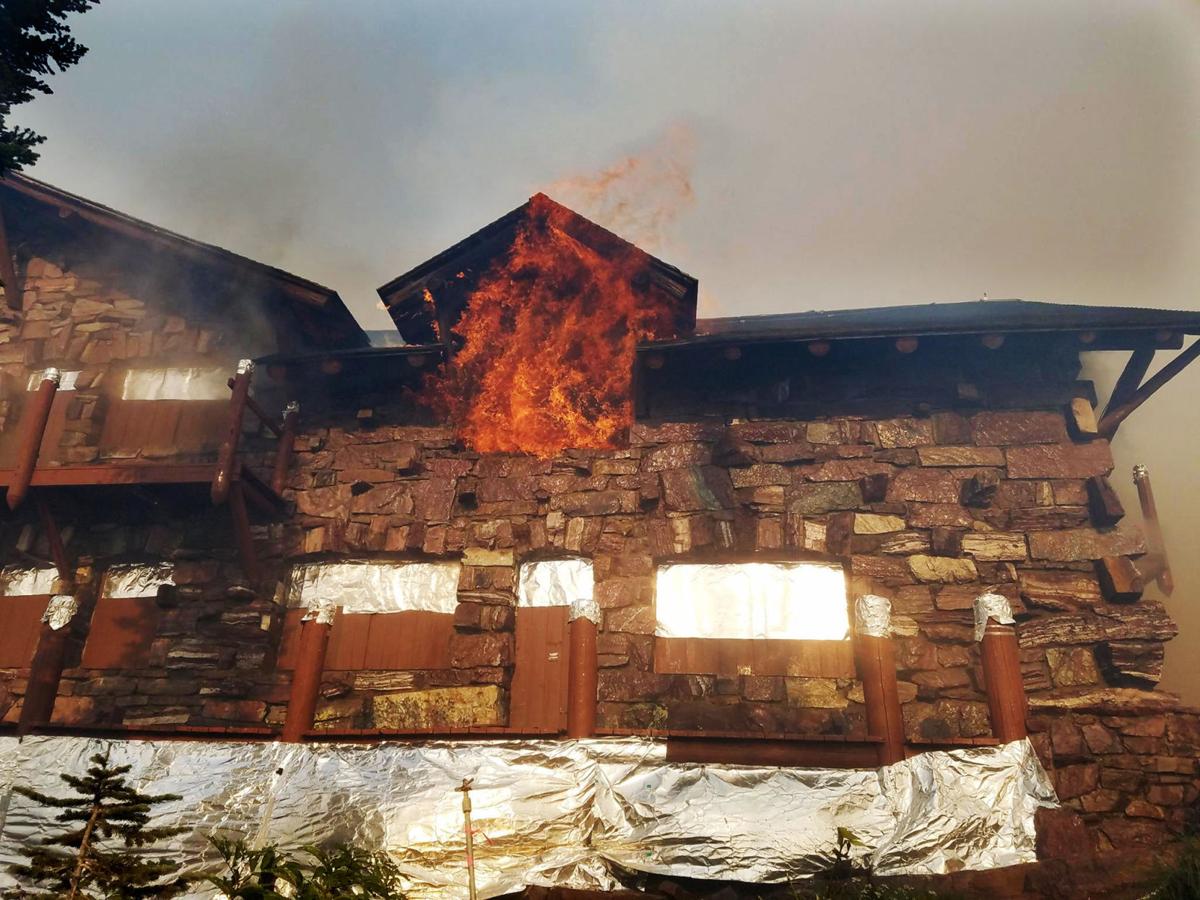 Flames burst from a window on the Sperry Chalet in Glacier National Park on Thursday. 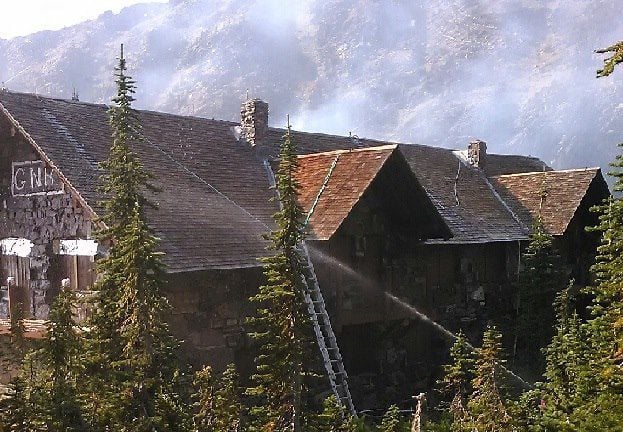 Firefighters doused the roof of the chalet in an attempt to save it. 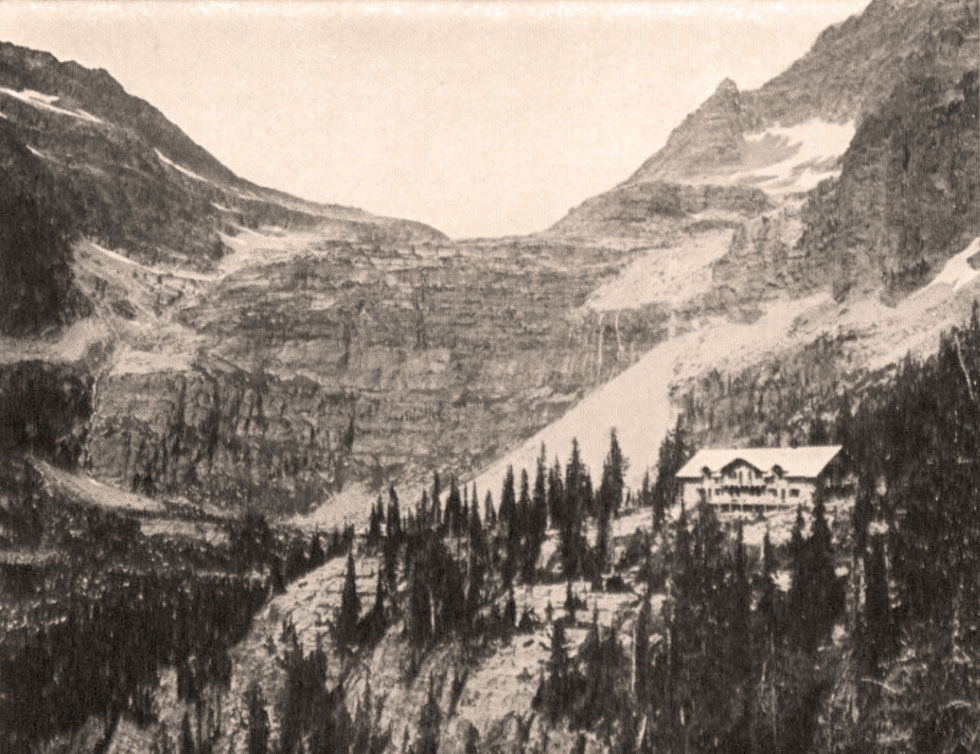 A historic photo of Sperry Chalet.

The flames that gutted the 114-year-old Sperry Chalet in Glacier National Park on Thursday were first noticed coming from the inside, according to firefighters who were desperately trying to save the historic building from a fast-moving wildfire in extremely dry, hot and windy conditions.

A picture from the firefighters shows flames bursting from a blown-out window, and eventually the blaze consumed the roof and all other wood portions. However, since much of the exterior of the structure was made of stone, it is unclear how difficult it would be to rebuild. Details were scant on Friday from park officials.

“As more details are known about the extent of damage to the main Sperry Chalet building and any fire damage to the secondary structures the park will evaluate the next steps about future visitor services in the chalet location,” said Lauren Alley, a spokesperson for Glacier National Park.

The on-scene firefighters had apparently been battling an “ember shower” from the approaching fire when they suddenly noticed puffs of smoke under an eave. They immediately sprayed the area with water as they thought it was an ember on the roof. Almost instantaneously, however, the window broke out and flames were licking at the eaves.

The Sprague fire in Glacier more than doubled in acreage on Thursday to 4,646 acres, pushed by high winds, low relative humidity, hot weather and extreme terrain.

“The fire team has worked tirelessly to contain this fire and protect structures and infrastructure,” said Glacier National Park superintendent Jeff Mow. “The environmental conditions were absolutely extreme yesterday, as high as anything we’ve seen so far this summer.”

Alley said that a highly skilled group of firefighters had been working to protect the two-story structure, which included guest rooms and staff housing, since just after lightning started the fire on Aug. 10. They had installed an extensive hose lay with a pump system, and portions of the chalet were wrapped with fire resistant material.

“The firefighters, supported by four helicopters that flew until last light, made a valiant stand to save the structures,” she said. “They were unsuccessful in saving the main building at the Sperry Chalet. They worked through the night to protect the four remaining structures. The firefighters are safe. That team will be supported by additional firefighters today while they recuperate.”

Mow said that the structures at Sperry Chalet are iconic historic structures that are widely loved by park employees and visitors all over the world.

“The park is deeply saddened by this loss but is thankful for the safety of the firefighters,” he said.

Sperry Chalet has been operated by a concessioner called Belton Chalets, Inc., since 1954 and accommodates between 40 and 50 overnight visitors per night. The chalet was originally constructed by the Great Northern Railway as part of a system of grand hotels and picturesque guest houses soon after the park was established in 1910. It was part of a campaign to draw tourists from back East. Construction was completed in 1913, with the help of Italian stonemasons, and backcountry travelers have been staying at the chalet for a nice meal and a bed for the past century. It is listed on the National Register of Historic Places.

“This event is an important moment in the history of Sperry Chalet and Glacier National Park,” said Sperry Chalet Coordinator Kevin Warrington. “I have been around Sperry for my entire life and I have never expected to see anything like this. It has been a privilege to share Sperry with the great many people that love it, and it is a sad day to share the loss.”

Belton Chalets also operates the Granite Park Chalet, in another area of the park.

The Avalanche Lake Trail has been closed as fire managers evaluate the Avalanche Creek Drainage for possible spot fires from yesterday’s extreme fire activity, and evaluate the current and planned suppression efforts in the Mount Brown area.

According to Inciweb, a national wildfire information service, the fire was very close to the Mount Brown Lookout, which fire managers call a “priority value at risk.”

The Sprague, Snyder and Lincoln Creek drainages and associated trails, from Lake McDonald Trailhead on the west and Gunsight Pass on the east, are all closed to use. Visit http://go.nps.gov/glacconditions for trail, road and campground information.

Built in 1914, Sperry Chalet has been a popular destination in Glacier National Park for more than a century.  On August 31, 2017, the the his…

It’s September and the state’s in a state of disaster.

On August 31, 2017, the historic Sperry Chalet in Glacier National Park was gutted by the Sprague fire. The iconic building captured the heart…

Here's how you can help people affected by Montana's wildfires

Montana may be the Big Sky Country, but Montanans also have big hearts.  So many of our readers have asked us how they can help people who hav…

The 2017 fire season smashed records in British Columbia, triggering a forest policy discussion that has some intriguing divergence from the p…

Flames burst from a window on the Sperry Chalet in Glacier National Park on Thursday. 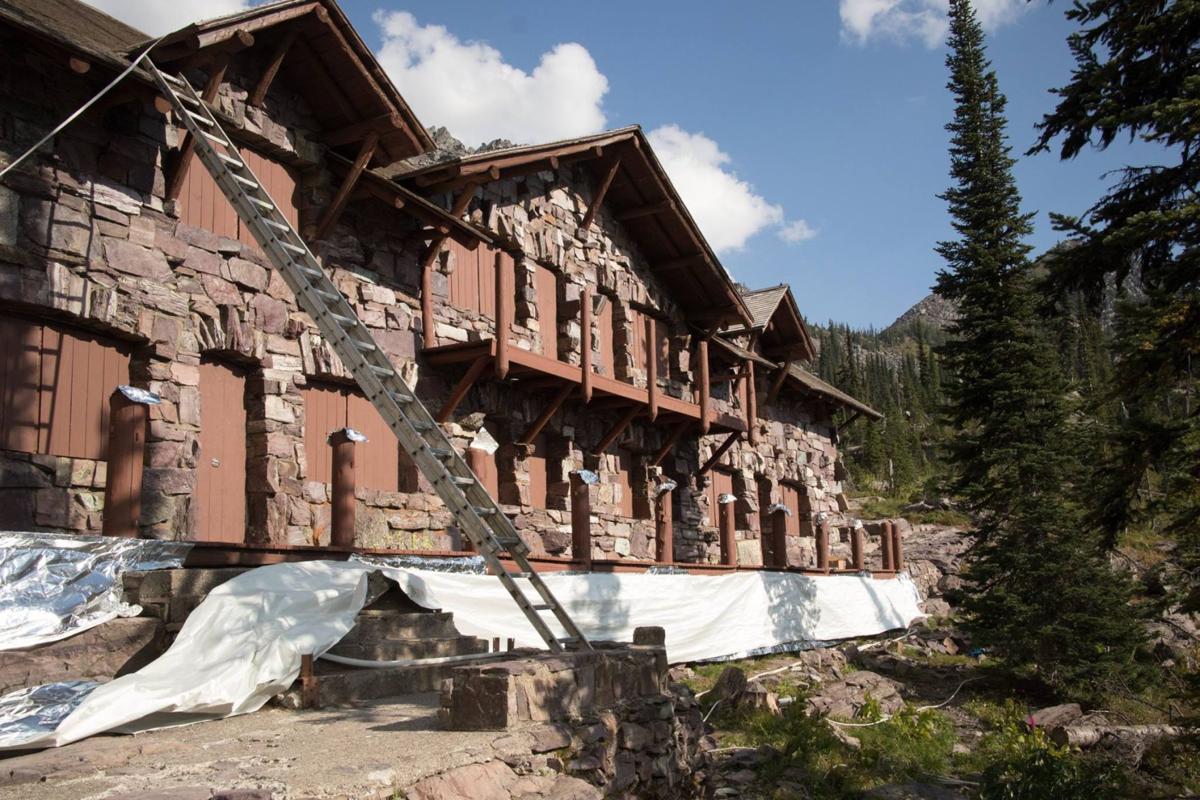 The Sperry Chalet as seen in a file photo before the wildfire hit.

Firefighters doused the roof of the chalet in an attempt to save it. 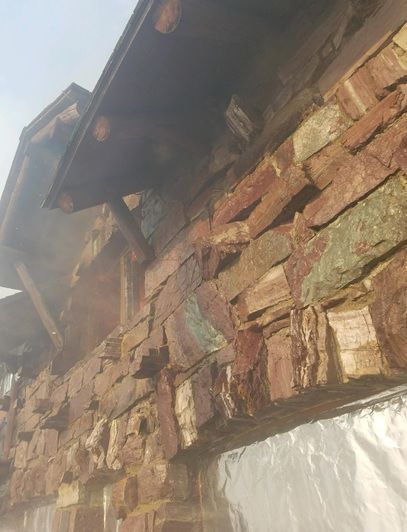 Flames were first observed at the chalet coming from the interior of the building, as pictured here in the upper left with this blown out window.

A historic photo of Sperry Chalet.