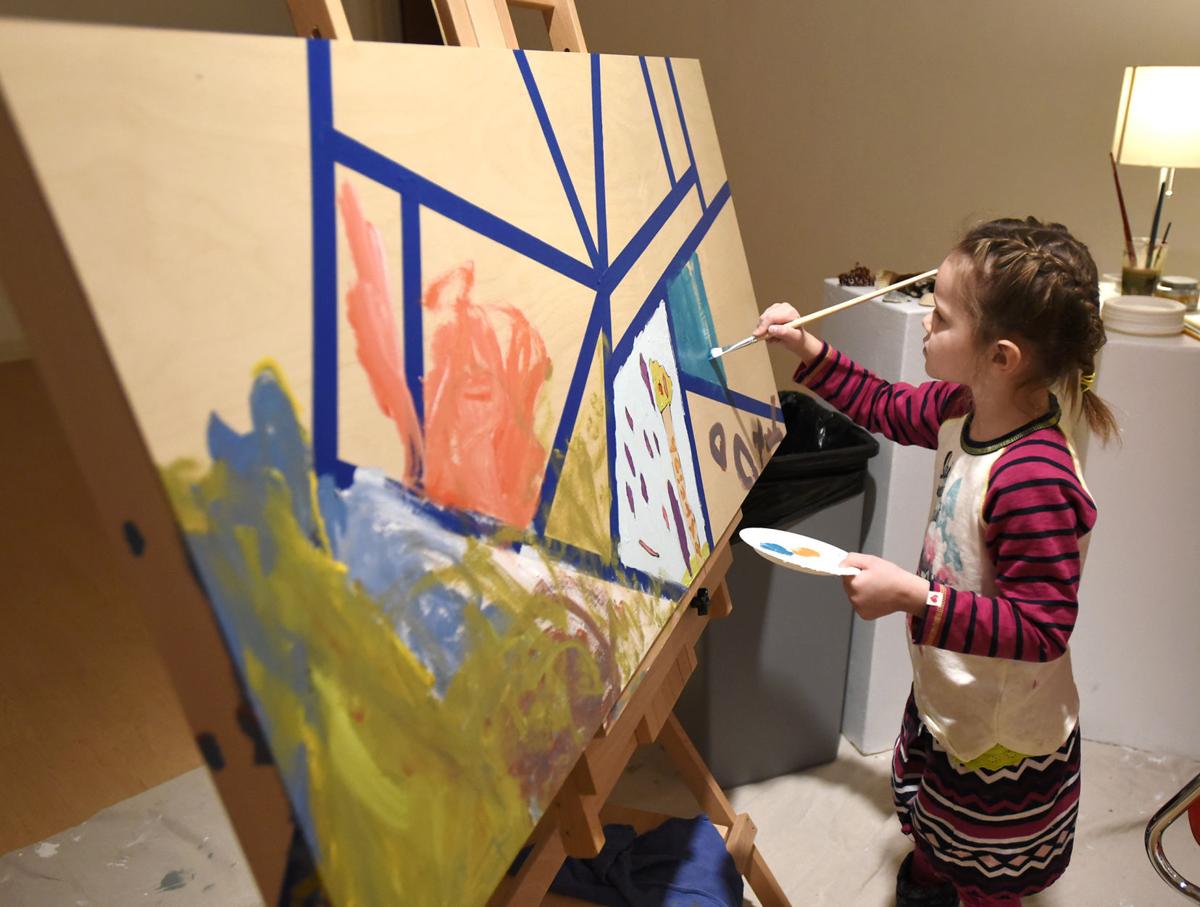 Ryleigh Dailey, 7, paints a section of a canvas set up in the University Center Gallery during a First Night Missoula event on Saturday. The gallery displayed paintings made by local elementary school students as part of a SPARK! project. 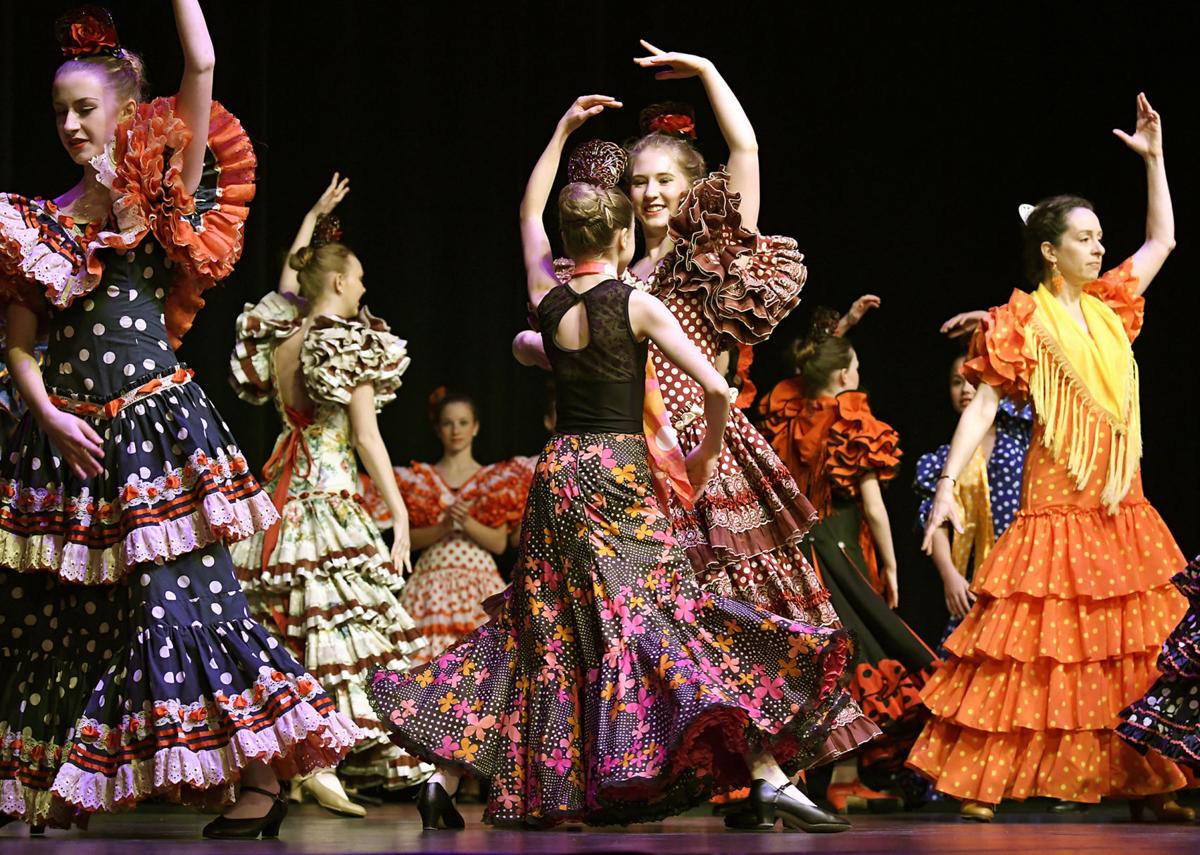 Dancers from the Rocky Mountain Ballet Theatre perform during a Flamenco Montana presentation at UM's Dennison Theater on Saturday.

Matt Tobiason, 9, saw his artwork hanging in the University Center Gallery on Saturday, and the experience astounded him.

"I've never had work in a gallery before, so it's just amazing and really interesting to see it," Tobiason said.

The fourth grader was visiting the UC on the University of Montana campus as part of First Night Missoula. Hosted by Arts Missoula, First Night bills itself as "12 hours of the best in local music, hands-on fun, family entertainment, and breathtaking performances."

Arts Missoula Executive Director Tom Bensen said the New Year's Eve events across town draw anywhere from 6,000 to 8,000 participants each year. Early on Saturday afternoon, Bensen was at Southgate Mall. He said more than 100 people had attended a hat-making activity, a good crowd and indicator that participation in First Night 2017 may be strong.

At the UC Gallery, paintings created by Chief Charlo Elementary students hung on the walls. Tobiason had painted an abstract of cockleburs, which he researched as part of a SPARK! project. SPARK! aims to ensure school children have access to art, and the collection was made in partnership with the Montana Natural History Center.

Children used natural forms as models. Based on their sketches, they appeared to use feathers, seashells, rock crystals, and leaves, among other items. SPARK! director Jackalynn Snow said it was interesting to see the way the youngsters used a bright color palette to present the natural objects.

"It's fun to see the different perspectives that came out," Snow said.

Tobiason wanted to illustrate a freeform version of the cocklebur, so he mixed colors without worrying, and he allowed himself to paint outside the lines.

"I didn't paint that neatly because I wanted to have it interesting," Tobiason said.

On the eve of 2017, the thoughtful painter shared a New Year's resolution about remaining patient with a younger family member.

"I can get frustrated sometimes when my sister is annoying me," he said.

At an easel set up in the back of the gallery, Toby Sauer held a small paper plate with colored paints for his daughter, Tylee, 9, to use. Tylee was painting a bird house where she figured a bluebird might make a home. Toby Sauer said they'd decorate parking meters later as well, and generally take full advantage of First Night.

"I think it's a great opportunity for kids to explore new things," Sauer said.

Chase Sackey, at the gallery with his son, was impressed with all the offerings of the day as well. Sackey remembers when Missoula was a sleepier city with fewer community activities.

"I love it because it didn't exist when I grew up here," Sackey said of First Night.

He and Hunter Sackey, 11, briefly discussed resolutions, and family appeared to be a theme in the gallery.

"Be nice to your sister?" said Sackey the elder.

Sackey the younger scrunched his face a little.

Ryleigh Dailey, 7, paints a section of a canvas set up in the University Center Gallery during a First Night Missoula event on Saturday. The gallery displayed paintings made by local elementary school students as part of a SPARK! project.

Dancers from the Rocky Mountain Ballet Theatre perform during a Flamenco Montana presentation at UM's Dennison Theater on Saturday.