Montana receiver/quarterback Tyler Lucas didn't hold back when labeling the Grizzlies' wet and miserable outing this past Saturday at Portland State.

"That was probably the worst game I've ever been in," Lucas said frankly.

The downpour of rain – which overran storm drains around the city and led to extensive flooding in some areas – compounded the torment, but the Grizzly football team's unpolished first-quarter performance played its own part in the 35-16 loss as well.

When it rains, it pours.

There's a tremendous likelihood neither problem will follow the Griz when they travel to Idaho State this Saturday. The Bengals have been awful out of the locker room and surrender huge chunks of points in the first and third quarters this fall, the kind of open door for which UM is aching. Just as welcoming? There's a zero percent chance of rain at ISU's home-field Holt Arena, an indoor venue in Pocatello.

Idaho State (2-6, 1-4 in Big Sky Conference) is among the worst in the league when it comes to scoring differential in the first and third quarters. The Bengals have allowed 108 total points in the first and 118 in the third, an average of about two touchdowns in each frame per game.

For a little perspective, ISU has managed just 22 points in the third quarter in its eight games this season combined.

The setting may be right for the Griz (4-4, 3-2 BSC), but Stitt would rather worry about his team than the general ineptitude of an opponent.

"You just want to execute your offense," the coach said. "You're not really looking at what quarter you're in. You just want to call a play and have it actually executed the way that you wanted. If we can do that, things are going to take care of themselves."

The Griz have been notoriously slow starters this year, scoring just once on a game's opening drive. That was a four-play, 75-yard push against Northern Arizona that ended in a 22-yard John Nguyen TD run.

The other seven games have seen five punts and two turnovers on downs in Montana's territory. Four of those were three-and-outs with the average Griz drive to start the game lasting just 1 minute, 13 seconds.

None have lasted longer than 1:25.

On the other side, Grizzly opponents have scored on six of eight opening possessions. Five of those have gone for TDs.

Execution, or rather the a lack of it, has been a problem with the Grizzlies' revolving door at quarterback. The position still has some questions this week after sophomore Makena Simis went from six-touchdown hero against North Dakota two weeks ago to an also-ran with three interceptions vs. PSU.

Right now it appears Simis will start a third straight game for the Griz as season-opening leader Brady Gustafson continues to work his way back from an extended injury absence.

"He's still very questionable, because we're not gonna put him in there unless he's feeling 100 percent," Stitt said Tuesday, a week after Gustafson returned to full practice. "You don't want to rush that situation to where he doesn't feel great and his confidence level goes down because he's not as successful as he wants to be 'cause you pushed him into it."

Gustafson, a junior, could have played in Portland, but Stitt said that was only in emergency relief. Simis will continue to take first-string practice snaps this week with the hopes that Gustafson can be a larger part of the offense in Montana's final two regular season games.

"We'll try and get him some (practice reps), but you've got to go with the guy that's healthy and been taking the reps the last three weeks," Stitt said.

Gustafson broke his right fibula Sept. 19 against Liberty. His backup, Chad Chalich, then broke his left foot against Weber State on Oct. 10 leading to Simis's opportunity.

Montana is just 1-2 on the road this season with two more away contests to come. The Grizzlies' home-heavy early season slate was beneficial but UM didn't take full advantage there either, going just 3-2.

Proving Montana can win on the road will be paramount during the season's final month with contests at Idaho State and Montana State still on the docket, but the Griz must continue to win wherever their schedule takes them to have it extend beyond Thanksgiving.

The Grizzlies' season hangs in the balance Saturday, as it will for the ensuing Saturdays after that. Following the loss to the Vikings and now sitting at 3-2 in league play, Montana must win its remaining three games to have a shot at the postseason.

With three teams ahead of UM in the conference standings, even finishing 7-4 might not be enough. Fate and the season are out of UM's hands, Crittenden acknowledged, and the Griz now must rely on a little luck from around the league and the FCS.

The 24-team playoff bracket will be announced Nov. 22, the Sunday morning immediately following the Cat-Griz game.

UP NEXT: No. 22 Montana at Idaho State

The way Madison Mangum stabbed his right hand skyward, his back mostly turned to the play, he looked less a threat to haul in a touchdown pass…

Former Griz Wagenmann back on his feet in Arizona

Wondering what former Grizzly Zack Wagenmann is up to these days?

POCATELLO, Idaho – When Mike Kramer compares his Idaho State football team to this week's opponent, the visiting Montana Grizzlies, he sees a …

Eastern Washington and Southern Utah remain unbeaten in Big Sky Conference action, but Portland State may have performed the most impressively…

A staggering nine Big Sky Conference teams have appeared in the STATS FCS top 25 poll this season. For at least one more week the Montana Griz…

Five people, including three University of Montana football players, were arrested on felony burglary charges following an incident that occur…

James Banks spends most of his Saturdays at a gym in Birmingham, Alabama, lifting weights and shooting hoops, trying as hard as he can to avoi…

How long does it take for a dream to become a nightmare?

PORTLAND, Ore. -- The steady rain felt like an ocean Saturday, the Portland State Vikings ominous creatures from the deep, and Montana couldn'…

Tweed proving itself as a sustainable fabric in high demand 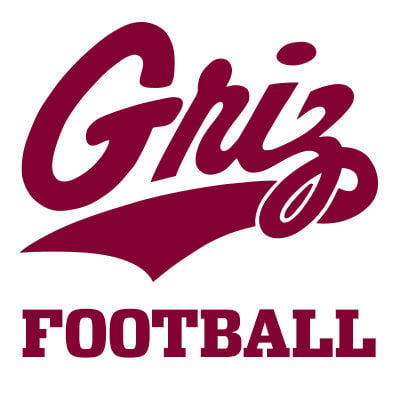