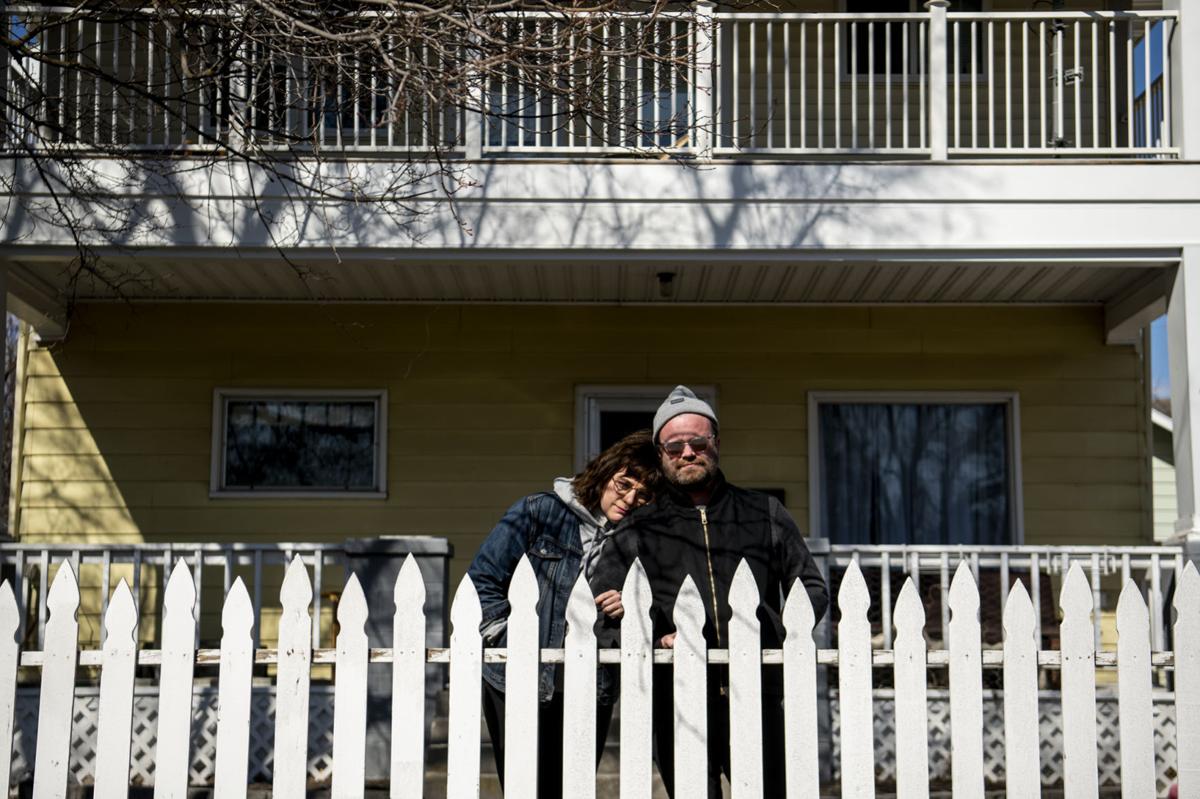 Jenny Fawcett, a barista at Le Petit Outre, and Tom Helgerson, head chef at Burns Street Bistro, have been out of work for a week with local restaurants and bars closing down. The pair have cut down on nonessential spending including streaming services and subscriptions. On Thursday, March 19, one day before the state ordered closures of bars and limited restaurant services, over 2,800 new claims for unemployment benefits had been filed to the state Department of Labor and Industry. 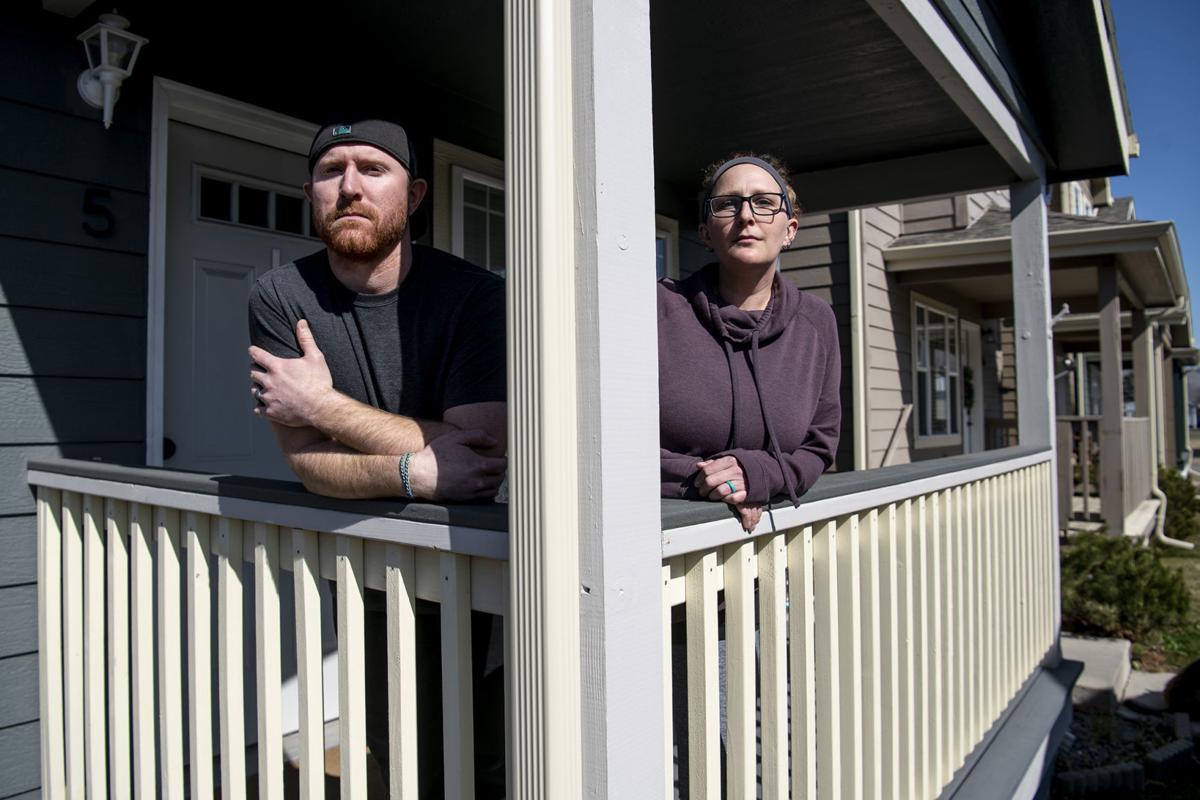 Dan and Megan Matthews are temporarily unemployed from their jobs in Missoula's service industry. Dan, a cook at Biga, and Megan, a cook at Burn Street Bistro, said their bosses prepared them for a potential closure. The pair are parents of a 2-year-old as well as two foster children.

The threat of the coronavirus has hit Missoula food-service industry hard as restaurants were directed to limit their service to take-out or delivery only. The choice led many owners to scramble to a new model or scale back in order to keep the employees on payroll, while some chose to lay off their workers and close entirely due to safety concerns.

One married couple, Jenny Fawcett and Tom Helgerson, saw their household income disappear — Fawcett lost 21 to 22 hours' worth of barista shifts at Le Petit Outre, which early this week temporarily closed its retail operations to the public, but not its bakery's deliveries to restaurants and grocery stores. Helgerson, meanwhile, is the head chef at Burns St. Bistro, where he was on salary before it closed its doors.

They pooled all of their cash tips from their respective jobs and ferreted it away. They cut all their subscriptions to streaming services and all nonessential spending. Helgerson is applying for a small personal loan from a bank. They've talked to their landlord, a private individual who is very understanding, Fawcett said.

Fawcett has filed for unemployment, and people have forwarded her links to postings for temporary jobs at grocery stores and retail, but she's reluctant. She's heeding "the call to stay home and stay isolated pretty loud and clear" if you're in a position to do so.

On Monday, March 6, there were 720 new claims for unemployment benefits compared to 71 the week before, on Monday, March 9, according to date from the state Department of Labor and Industry.

By Thursday, March 19, 2,830 new claims were filed. That was a day before the state ordered the closures of bars and limited restaurants to take-out or delivery only through March 27. Missoula County had previously issued such an order lasting through March 24.

In Missoula, full-service restaurants are a large industry whose workers are particularly vulnerable to an economic slowdown. There were 2,240 people employed in Missoula restaurants with a median wage of $22,870 in 2018, the most recent year for which data is available on the department's website.

Earlier this week, Dr. Josh Christensen, an infectious disease specialist with Providence Montana, said he considers takeout food and food delivery to be safe, as long as the cooks and service people and drivers aren't sick. He noted that stomach acid will probably kill the virus if it's eaten, but the risk is if someone transfers it from their hand to their eye, for example. That's why hand-washing is extremely important.

"I don't plan on stopping ordering take-out food or delivery," he said.

Burns St. Bistro explored the idea of take-out only on Monday and then chose to pull the plug. The choice left 18 people out of work, including its co-owners Walker Hunter, Jason McMackin and Cameron Williams.

For his part, Helgerson said he didn't think Burns St. should have tried to stay open — the single-day experiment with takeout-only showed that it didn't make sense financially.

The owners of Burns St. let the employees clear out the walk-in on Tuesday, so he and Fawcett have plenty of food. He said it's a good time to be a "MacGyver" type cook.

If the loan isn't approved, he has a signed letter from the owners of Burns St. pledging to rehire if and when they're able to. Earlier this week, the state announced emergency unemployment benefits for workers laid off due to coronavirus.

To co-owner, McMackin, "being open wasn't ethical," he said.

"If you can't assure your customers that the staff isn't unknowingly ill, I don't get why it's OK for them to do takeout," he said.

He cited the asymptomatic nature of coronavirus, the tight quarters that employees work in, and the potential for transmission on takeout containers. He listed one scenario: Imagine an infected kitchen employee sends out hundreds of meals in a daylong shift.

He said that he hopes the state government orders restaurant closures until food-service workers, along with people in health fields and essential services, can be tested. "Spending money now to make tests is going to save a ton of money later," he said.

He said he's hoping that more assistance is made available to help businesses and individuals rebuild.

Bob Marshall, who started Biga Pizza 14 years ago, said in a Facebook post that choosing to close was "one of the most difficult and saddest decisions I've ever had to make."

The move left 26 people without work, who all have filed for unemployment, including himself.

In a phone call later in the week, he said "the Catch-22 of this whole thing" is this: Do they continue to provide food to the public at the risk of contributing to the spread of the disease by having workers commingling and touching surfaces?

"That's the whole crux. You gotta feed people. You have to keep people employed, so you're perpetually weighing the risk factors that go along with it."

She said their respective bosses prepared them for the potential closure, and they're filing for unemployment.  They have a 2-year-old, in addition to a kinship foster-care arrangement with a niece and nephew.

Both have worked in the industry for more than 10 years and are ready to wait until their respective restaurants re-open — it's "the career path that we have both chosen," she said. She respects the owners' reasons for closing, as "we are constantly interacting with people, so it's something that we can help stop" if they slow down.

She commended people like nurses, doctors and grocery store employees who are working through the spread.

Other employers in the service industry have tried to mitigate the effects on their employees while staying open in whatever capacity they can.

Last weekend, Logjam Presents announced a 30-day hold on all live events at its venues, including the Top Hat and the Wilma. Its restaurant at the Top Hat converted to take-out only starting on Monday with aggressive sanitation and food-prep safety measures.

The decision affects the company's 200 full-time and part-time employees. Owners Nick and Robin Checota started a fund to help assist them and are soliciting donations online. (Search for "Checota" on GoFundMe.)

They also said donations of any previously purchased tickets can be donated to the fund, and all proceeds go back to the staff. They'll start distributing from the fund on Tuesday.

Restaurants like the Bridge Pizza were advertising "no contact" delivery and take-out. Coffee-shops, too are affected. Drum Coffee closed its South Avenue outlet, and shifted to its East Broadway location, where it's offering service only through its drive-through or walk-up window, with payment by credit card.

John Wicks, who co-owns and operates Drum with his wife Jenna Wicks, said they closed their kiosk in the Florence Building, since many of the large tech company tenants began having their employees work remotely.

He said it's a "delicate" balance between keeping employees and customers safe while avoiding leaving those employees stranded.

"With a lot of tears and a lot of careful planning, we've been gradually paring it back," he said.

They began checking with workers to see what they were comfortable with. If they wanted to keep working, they would try to find a way to keep them on the payroll, and if not, they would lay them off and give them pay until they're able to file for unemployment.

Their East Broadway location also is where they roast coffee, and Wicks said online ordering has exploded and is "basically saving us." Their company owns its two buildings, which also is a cushion he knows other small businesses don't have.

Many of his workers want to come back when they re-open, whenever that is.

"The hardest part is that you're not seeing your family for however long this lasts," he said.

At a press conference on Friday, Missoula health care officials said hospitals have extra beds to handle a surge of new cases and all four local cases of coronavirus are related to travel outside the community. One infectious disease expert also said ordering take-out and delivery food is safe.

Walmart to hire 500 in Montana

In response to the COVID-19 pandemic, Walmart has announced plans to hire 500 new associates in Montana through the end of May.

“There’s something about the quality and the craftsmanship that goes into old steel bikes that’s just timeless."

Missoula's for-profit businesses and nonprofit charities are looking for ways to keep serving through the closure.

A paraglider was rescued after reportedly crashing on Mount Jumbo, but with non-life-threatening injuries, according to a news release Sunday from the Missoula Fire Department.

After a cascade of news surrounding COVID-19 forced arts organizations around Missoula to cancel events, the ZACC is allowing Missoulians to bid on art while practicing social distancing from the comfort of their homes.

A Polson man on a 32-day “bucket list” cruise to Antarctica has resigned himself to a journey that’ll take twice as long and probably end up 10,000 miles away in the Netherlands.

So far, community spread here has not taken place, but that could change at any time, said Cindy Farr, with the Missoula City-County Health Department.

Worden's Deli has made a tradition of serving shepherd's pie as its lunch special on Wednesdays, when hungry Missoula City Council members bre…

Packing the parks: Missoula escapes coronavirus boredom by getting outdoors

Missoula’s parks and trails seemed unusually busy last weekend. Even with the sunny forecast and first signs of spring, the number of cars lin…

Restaurants are taking precautions over coronavirus as they attempt to stay open during the pandemic and keep their employees on the payroll.

Jenny Fawcett, a barista at Le Petit Outre, and Tom Helgerson, head chef at Burns Street Bistro, have been out of work for a week with local restaurants and bars closing down. The pair have cut down on nonessential spending including streaming services and subscriptions. On Thursday, March 19, one day before the state ordered closures of bars and limited restaurant services, over 2,800 new claims for unemployment benefits had been filed to the state Department of Labor and Industry.

Dan and Megan Matthews are temporarily unemployed from their jobs in Missoula's service industry. Dan, a cook at Biga, and Megan, a cook at Burn Street Bistro, said their bosses prepared them for a potential closure. The pair are parents of a 2-year-old as well as two foster children.