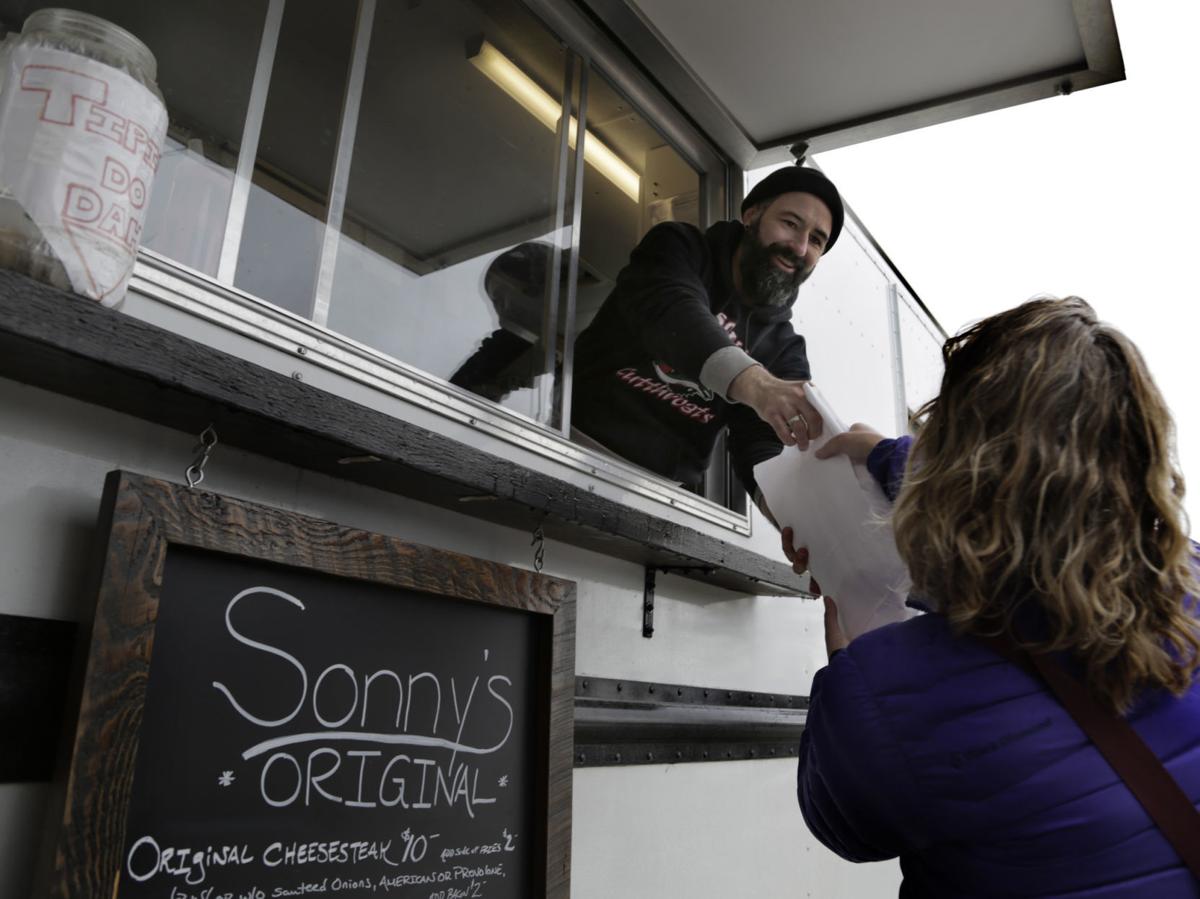 Danny DiMezza serves a customer one of his authentic Philly cheese steak sandwiches out the window of Sonny’s Original food truck on Sunday. DiMezza set up shop for the Super Bowl game between the New England Patriots and Philadelphia Eagles. 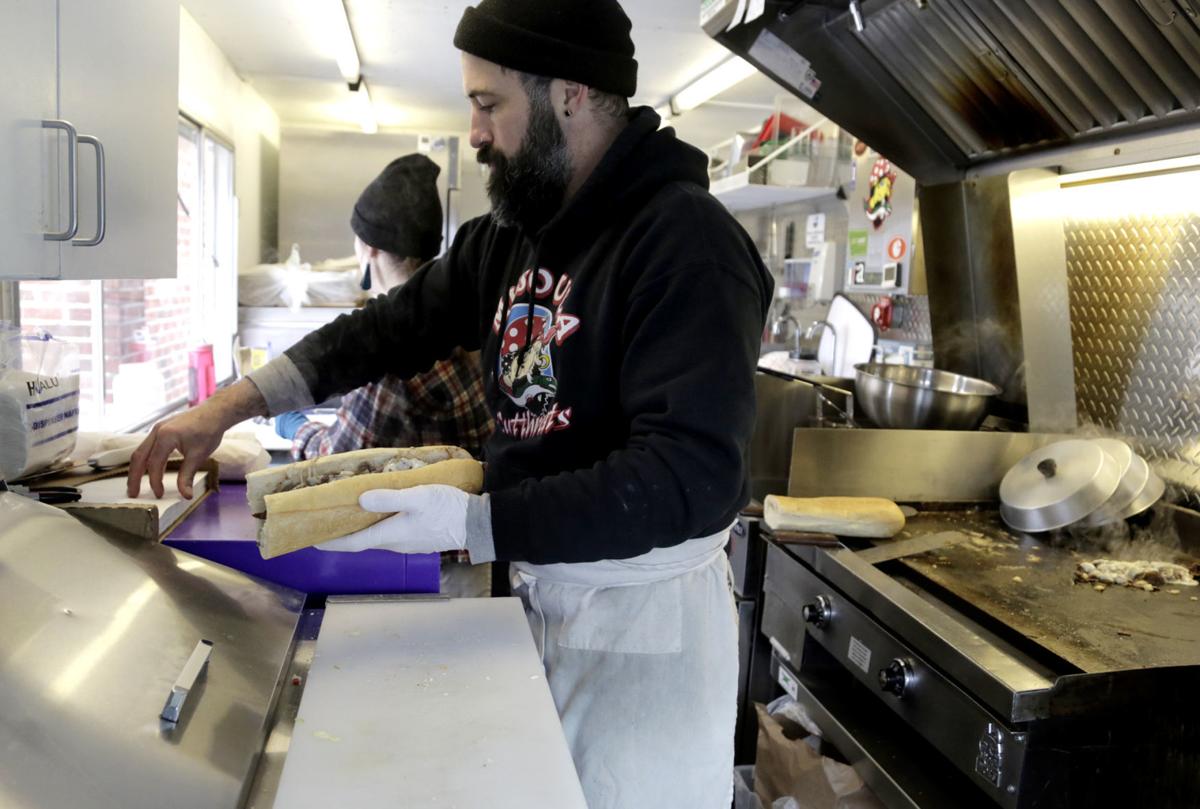 Danny DiMezza serves a customer one of his authentic Philly cheese steak sandwiches out the window of Sonny’s Original food truck on Sunday. DiMezza set up shop for the Super Bowl game between the New England Patriots and Philadelphia Eagles.

Missoulians looking for a little taste of Philly were in for a treat on Sunday.

Sonny's Original food truck was posted on the corner of Scott Street and Toole Avenue between 1:30-4 p.m. serving Italian hoagies and cheese steaks for people looking to have some Philadelphia flavor at their Super Bowl party.

One of those people, Jenni Whetstone, picked up a sizable order for her get-together and said they like to serve food from the state of the team they're cheering for. She was looking forward to more than the game.

That was a common theme among the people who stopped by, including truck owner Danny DiMezza, who has operated the truck for around a year and a half.

DiMezza started taking call-in orders at noon and said that a good cheese steak depends on the quality of components in the sandwich.

"It's mostly just the care," DiMezza said. "If you care, you'll make something good."

When it comes to Super Bowl spreads, cheese steaks might not be a traditional choice, but J.W. Robinson says it's becoming one of his favorites.

"My favorite Super Bowl food is definitely either nachos or taco related," Robinson said. "This could be an up-and-coming one. I hit these guys up the past couple years. I really like their cheese steaks."

Dani Lamberton echoed those sentiments, saying Sonny's has the best Philly cheese steaks in the city. She added that once her husband, who is from Philadelphia, found out Sonny's would have special hours on Super Bowl Sunday, he got his order in right away.

He'll be watching the game among other Eagles fans. "There's no Patriots fans allowed in that room, they don't want to come near," Lamberton said with a chuckle.

Sonny's operates at different locations throughout the week and also offers catering. You can find them at Missoula Bone & Joint for lunch on Tuesdays and Kettlehouse Northside Brewery and Draughtworks Brewery on other days.

Montana has little regulation of home schools, and parents are just fine with that

In California, the recent discovery of 13 siblings trapped in a home by abusive parents who claimed to be home-schooling them has prompted law…