CONDON — Officials from the Flathead National Forest and a Utah ski corporation vying to expand Holland Lake Lodge admitted on Tuesday that each had erred in how the expansion has been presented.

But, at a tense two-hour public meeting in Condon, the officials defended the overall public process through which the proposal is being considered. Flathead Forest Supervisor Kurt Steele told the more than 100 people gathered in the Swan Valley Community Hall that meetings such as this one were evidence of a transparent process that features public engagement.

And the company, POWDR, promised that its plans do not include a ski resort or motorized recreation at Holland Lake Lodge, which is a privately owned business operated on public land through a Special Use Permit with the Forest Service.

The company does plan for winter operations — a change for the currently seasonal lodge on the shore of the scenic lake at the foot of the Swan Mountains, about a 90-minute drive northeast of Missoula. POWDR would winterize buildings on the site and offer year-round employment for some workers, Hutchinson said. She didn’t specify what winter operations might look like, but noted that “there are non-motorized recreational activities” around the lake.

POWDR, a Park City-based resort corporation whose properties include 11 ski resorts, has partnered with longtime Holland Lake Lodge owner Christian Wohlfeil to propose 32 new buildings — including a 28-room lodge, a restaurant and 26 cabins — and the removal of 10 structures around the historic lodge. Wohlfeil is under contract to sell to POWDR.

Thousands of people have submitted public comments, written to newspapers and taken to social media to oppose the expansion. Members of the public in Condon Tuesday reiterated those concerns, citing increased traffic and tourism burden on the Swan Valley, impacts to wildlife, increased wastewater and garbage, limited wildfire evacuation, impacts to freshwater, and fears of a corporate, profit-driven facility too expensive for many Montanans to enjoy.

They also grilled Hutchinson and Steele over what nearly all commenters described as an opaque, underhanded process that seemed to them to already be decided.

“Transparency is hugely important,” he added, “which is why we’re standing up here today.”

Steele and Shelli Mavor, the forest’s project lead for shepherding the proposal through the public process, said that it was normal for the public to be engaged well after a proprietor has proposed a master plan for such an expansion. The proposal must first be vetted internally by the Forest Service, they said, to determine if it even qualifies to be considered, and then brought to the public.

POWDR's proposal was submitted in October 2021 and accepted for public review in April, they said.

“We have to go through a master development plan,” Steele said. “That’s an internal process and we either accept or deny that. (Once accepted,) then we go through the public process … The public, right now, you all sitting here, this is our process.”

But Steele also admitted mistakes in handling the project. The current proposal covers about 15 acres under a Special Use Permit. Steele said he originally thought that was the same size as the lodge’s existing permit and wouldn’t be an expansion. He later realized that the lodge’s current permit is for 10.53 acres, not 15. And with the inclusion of a wastewater facility POWDR would take over, the proposal balloons to about 19 acres — nearly twice the current permit acreage.

He continued: “We will analyze that in the Categorical Exclusion — or EA or EIS, I’m sorry.”

The remark highlighted critics’ marquee demand: greater scrutiny of the project under the National Environmental Policy Act via an environmental assessment or environmental impact statement. Many accused the Forest Service of underhandedly pushing the proposal through with the less rigorous, more expedient categorical exclusion.

Critics of the proposal painted the so-called “CATEX” as a foregone conclusion. Steele stressed that he hadn’t decided for sure which level of analysis he would employ.

“We made some missteps early in this process,” she said, stressing that now “our whole leadership team has been here.”

Rod Snider, the rescue pilot, and several smokejumpers are set to attend the screening, which is free and open to the public.

A group of tribal and environmental groups continues to fight to prevent industrial development in a mountainous Montana landscape sacred to the Blackfeet people.

The 230-pound male and 172-pound female appeared to be 2-year-old siblings that had been observed traveling together much of the summer.

Members of the Planning Board on Tuesday voiced concerns about traffic, growth policy compliance and water problems at the site.

Stronger than ever, Missoula paracyclists take 'High Road' in push for change

Meg Fisher's high-end gravel race bike is a sleek masterpiece of carbon fiber and advanced alloys. So is her left leg.

The joint venture between POWDR and owner Christian Wohlfeil has proposed 32 new buildings and the removal of 10 structures around the historic lakeside lodge in the Swan Valley.

A decision on how the national forest will proceed could be made by mid-December.

The Flathead National Forest has rejected a controversial proposal from a Utah-based ski corporation to significantly expand Holland Lake Lodge.

Dashing through the snow, in a 1-ton Model T Ford

On Saturday, Jan. 14, many artifacts of historic over-snow motorized travel will be on display — and in operation — for the nonprofit museum’s second annual Winter Fest.

Russian attacks around the Ukrainian town of Vuhledar 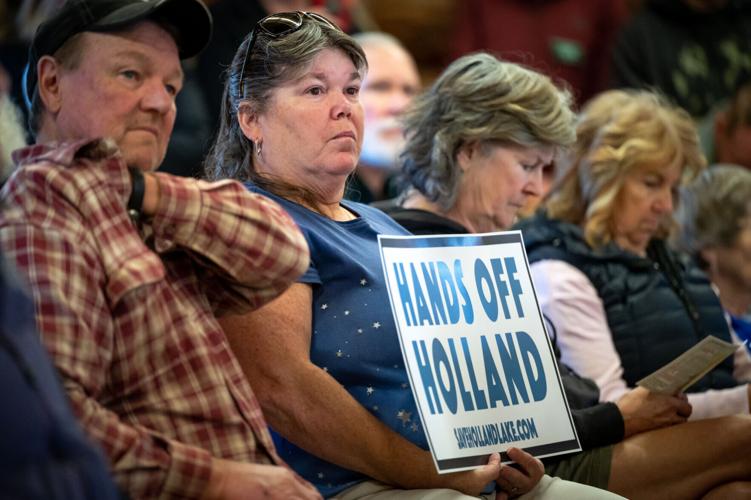 Scores of Swan Valley community members packed the Swan Valley Community Hall to comment on the Holland Lake Lodge proposed expansion on Oct. 4. The meeting was held by officials with the Flathead Forest Service and members of POWDR, one of the largest ski resort operators in North America, to address public concern about the addition of new restaurant, lodge and cabin buildings at Holland Lake Lodge in the Swan Valley north of Missoula. 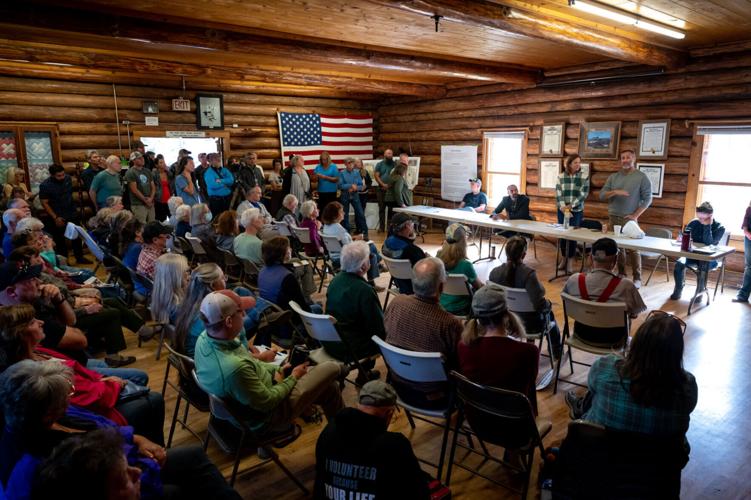 About 100 people packed the Swan Valley Community Hall to talk about proposed reconstruction and upgrades to Holland Lake Lodge. Current owners of Holland Lake Lodge and members of POWDR recently submitted a proposal to remove 10 aging structures and add 32 new buildings, including a new 28-room lodge, a new restaurant and 26 new cabins near the lake. 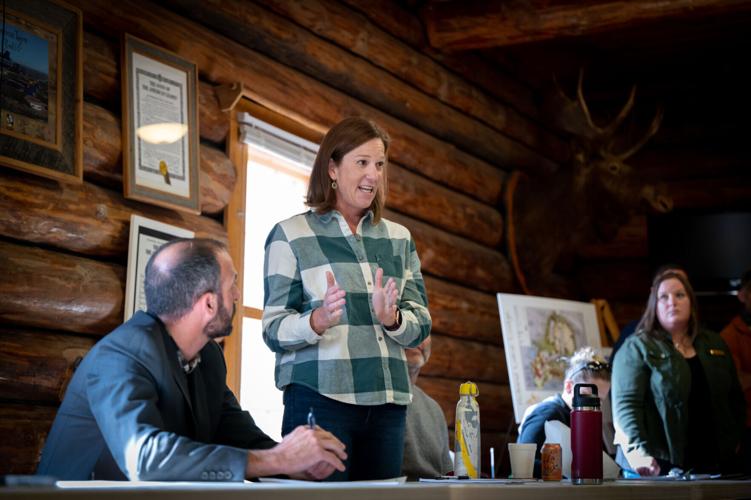 Stacey Hutchinson with POWDR and part of the Holland Lake Lodge project takes questions from the public about the impact the new lodge would have on the Swan Lake region. 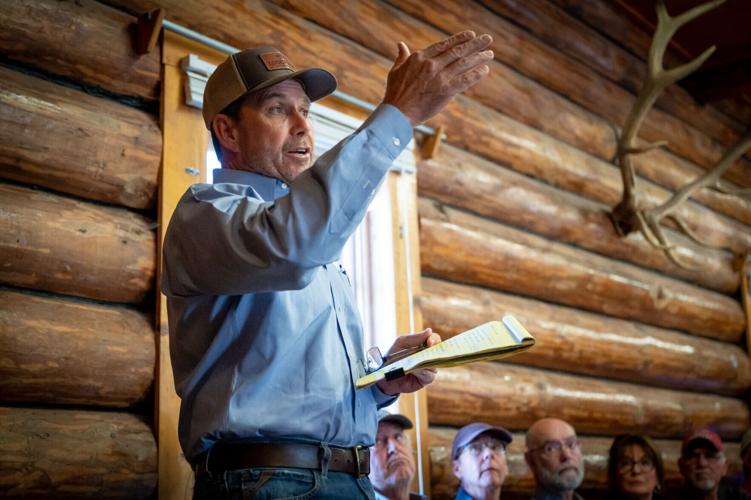 Fred Fanizzi, a business owner in the hospitality sector in the Swan Valley, gives public comment in front of Flathead National Forest officials and project members of the proposed Holland Lake Lodge expansion.