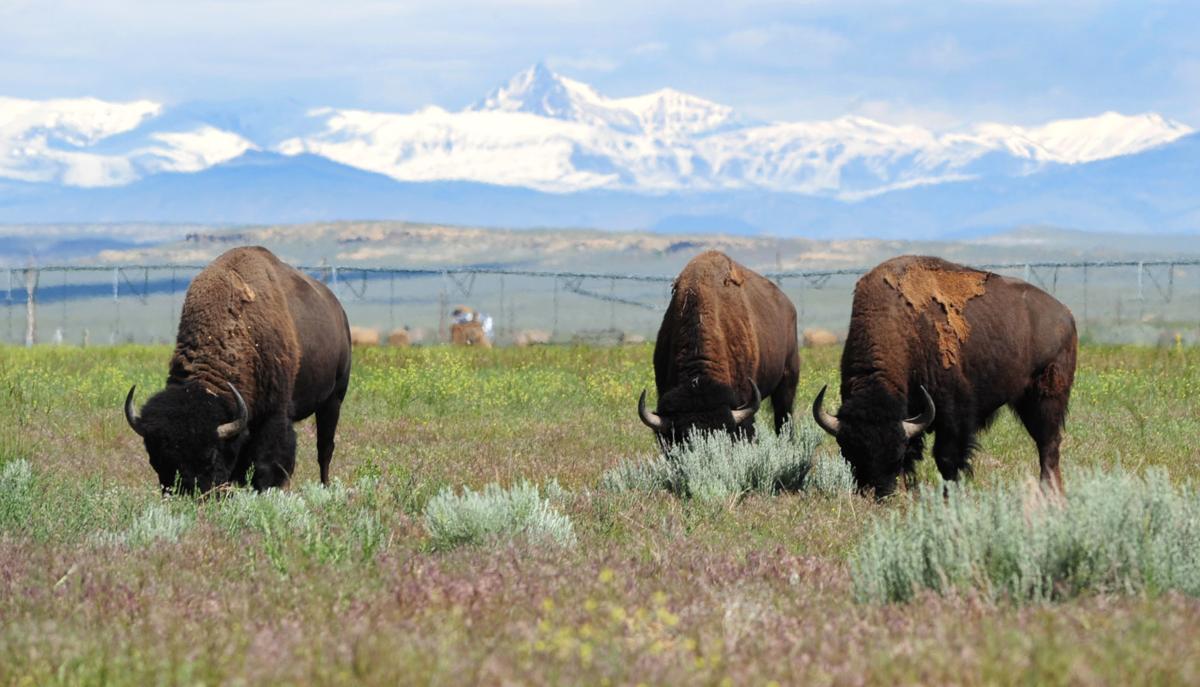 Bison from Montana's Fort Peck Indian Reservation graze at their new home on the Wind River Indian Reservation in Wyoming. The animals descended from genetically pure herds in Yellowstone National Park, and Indian tribes are sharing the animals to increase wild herds in traditional landscapes. 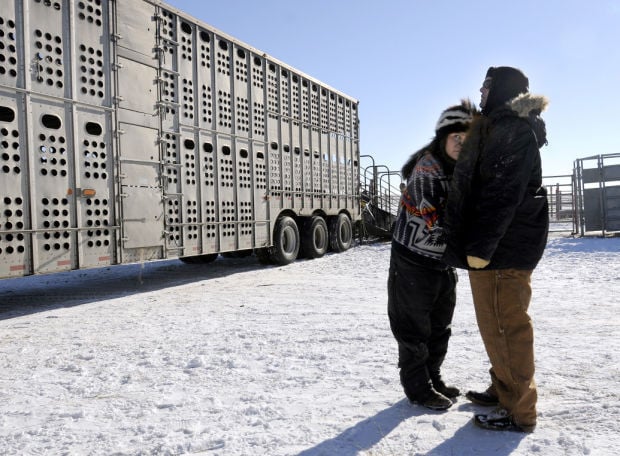 Bison from Montana's Fort Peck Indian Reservation graze at their new home on the Wind River Indian Reservation in Wyoming. The animals descended from genetically pure herds in Yellowstone National Park, and Indian tribes are sharing the animals to increase wild herds in traditional landscapes.

On Thursday, five genetically pure bison bulls arrived at the Wind River Indian Reservation in Wyoming. They came from the Fort Peck Indian Reservation in Montana; they're offspring of a herd delivered from a private ranch south of Bozeman that had been holding them after they were released from Yellowstone National Park. After four years and several thousand road miles, the bison have almost returned to their starting point.

“Restoring buffalo to the Wind River Reservation not only revitalizes the landscape and brings wildlife diversity, but rebuilds our tribe’s cultural and historical connections to the land,” said Jason Baldes, Eastern Shoshone tribal member and bison coordinator for the National Wildlife Federation. “We are buffalo people, and our ancestors are smiling upon us as we bring our people and the buffalo together once again.”

The transfer came together through the National Wildlife Federation’s Tribal Partnerships Program, which helped arrange the tribe-to-tribe delivery. The five bulls were released on a 300-acre protected pasture, bringing the Wind River herd to 33 animals. The delivery coincided with the 60th annual Eastern Shoshone Powwow.

“We’ve seen great success in revitalizing buffalo on our lands,” said Robert Magnan, director of fish and game for the Fort Peck Tribes. “We’re eager to share that success with the Eastern Shoshone Tribe and others who strive to bring buffalo back to their rightful home in our consciousness and on our landscapes.”

Magnan said returning the buffalo to Fort Peck helped restore both tribal cultural relationships and ecological services to the prairie. Fort Peck has more than 200 bison in its reserves, some of which are raised for commercial use while others are destined to remain wild. The reservation spent nine years negotiating to accept surplus bison from Yellowstone, where animals that migrate out of the park face strong opposition from ranchers concerned about the spread of the livestock disease brucellosis. The bison had to be quarantined and certified disease-free before they could be transported.

The Northern Arapaho and Eastern Shoshone tribal nations share the Wind River Indian Reservation southeast of Yellowstone National Park between Thermopolis and Lander. It encompasses about 2.2 million acres, making it roughly the same size as the national park, with an 180,000-acre roadless area in the Wind River Mountain Range established in the 1930s. The tribes began introducing bison to the reservation in 2016.

POPLAR – Rosella Sky Arrow came to sing the buffalo home, but she didn’t expect them to dance.