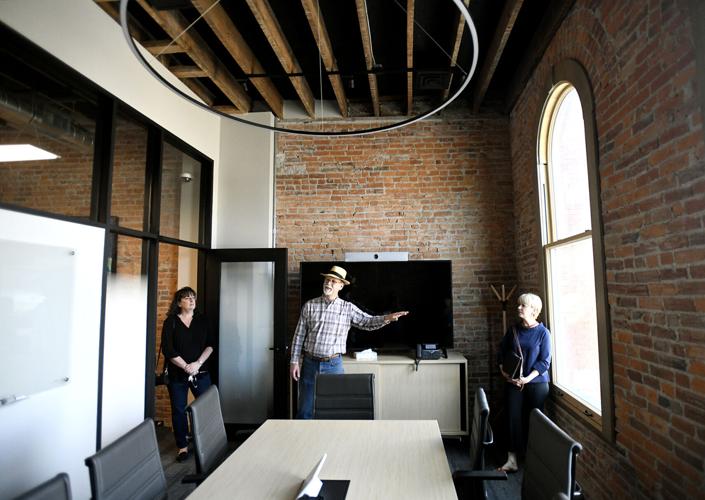 Architect David Gray talks about the renovation of the Radio Central Building during a tour and grand opening celebration on Tuesday. The facade and interior of the historic building have been renovated during the last four years. 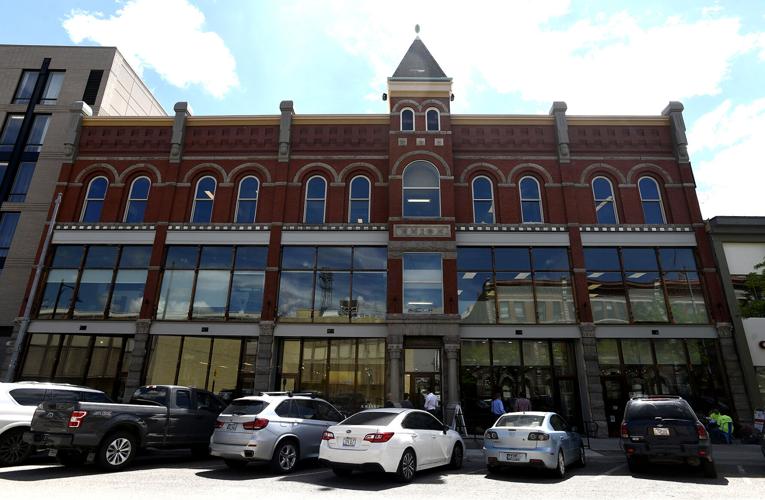 The Radio Central Building was originally known as the Union Block, and its facade was hidden behind metal siding installed in the '50s or '60s until recently. 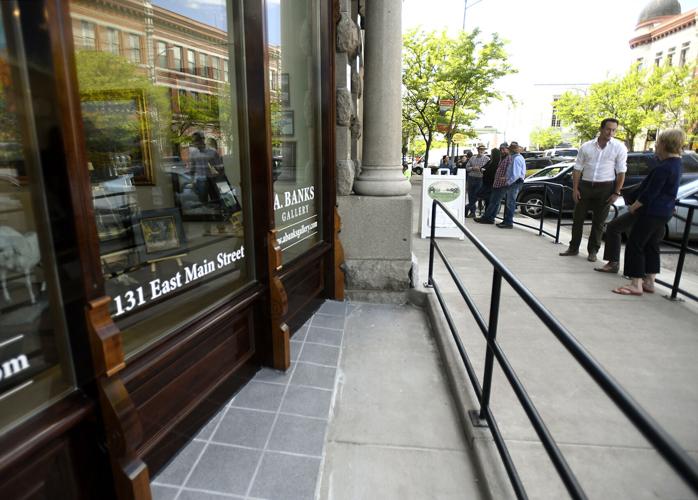 The Radio Central Building houses retail businesses on the street level and offices on the upper floors.

The skilled craftspeople that laid the original brick on the Union Block building in downtown Missoula in 1891 could hardly have predicted that, 131 years later, a crowd of people would stare in awe at their handiwork.

"It certainly must have been master masons who did the outside wall, that's for sure," explained David Gray, a local architect who spent four years restoring the façade and interior of the structure, now called the Radio Central Building. He noted that even a fraction of an inch of error in their work might have meant calamity.

On Tuesday, owner Nick Caras and his team held a grand opening celebration for the building, which they began renovating in 2018. After spending half a century hidden behind ugly metal siding installed in the 1950s or '60s, the building has been unveiled and returned to its original glory.

"We're really happy with how it turned out," Caras said. "I was shocked at how many people came out. A lot of neighborhood people showed up because they've been watching it from across the street for years."

In 2019, the Missoula Redevelopment Agency's board of directors approved $579,858 in Façade Improvement Program funds to help with the project. In 2021, the agency's board also approved $125,000 in Tax Increment Financing to help the project.

“Hidden underneath that (metal) is this treasure that nobody even knew was there,” explained former MRA assistant director Chris Behan at the time. “It may be one of the last big hidden treasures downtown, in my opinion. Hopefully this will renew additional interest in historic renovations downtown. There aren’t too many big ones left.”

Most of the grand multistory commercial buildings built downtown between 1890 and 1930 burned down and were not rebuilt, or were replaced by more modern structures. Caras and his crew discovered the original façade was still intact after they peeled away a couple of metal siding panels after he bought the building. Gray described the process of finding historic elements intact each time they looked under a panel as a "slow-motion Christmas."

"Restoring the Union Block to the (original) façade will change the makeup of the streetscape and surrounding commercial neighborhood as well as the entire downtown,” Behan noted in recommending the public funding. “It will alter both the pedestrian experience and view from inside a vehicle passing by and leave a lasting positive impression. The chance discovery of the intact (original) façade is an opportunity for the entire community to celebrate.”

The Union Block was built by F.G. Higgins, T.L. Greenough and Wm. H. Houston for $100,000, according to Gray. The original windows have arched brickwork, and a gap between the outer wall and the inner wall allows the bricks to expel moisture as they heat up on warm days. That, according to Gray, is a centuries-old technology that allows these types of brick buildings to avoid catastrophic wall failure.

Caras said he now has four retail tenants on the ground floor, including the only Argentine restaurant in the state, The Empanada Joint. The second floor now holds the county's planning department. Four other businesses occupy the third floor.

Elli Schroeder, the owner of Smooch on Main cosmetic boutique, is one of the ground-floor tenants. She said she's happy to finally be done with construction and excited to perhaps see more foot traffic on the block.

"I always knew there was magic in this building," she said. "And so as it started, we got to see that. It's definitely a showstopper. It grabs everyone's attention."

A hidden historical treasure in downtown Missoula, covered by an unfortunate metal façade for half a century, may soon be revealed in all its glory.

To be sure, the old Executive Motor Inn has outlived its usefulness.

After surviving a pandemic and three years of construction, the Empanada Joint is ready to show of a new space and an expanded menu.

"Our infant waitlist (to get childcare) is atrocious," explained Margie Dewing, the director of the Development Center at the nonprofit Missoula Family YMCA in Missoula. "This is the worst its ever been."

Architect David Gray talks about the renovation of the Radio Central Building during a tour and grand opening celebration on Tuesday. The facade and interior of the historic building have been renovated during the last four years.

The Radio Central Building was originally known as the Union Block, and its facade was hidden behind metal siding installed in the '50s or '60s until recently.

The Radio Central Building houses retail businesses on the street level and offices on the upper floors.