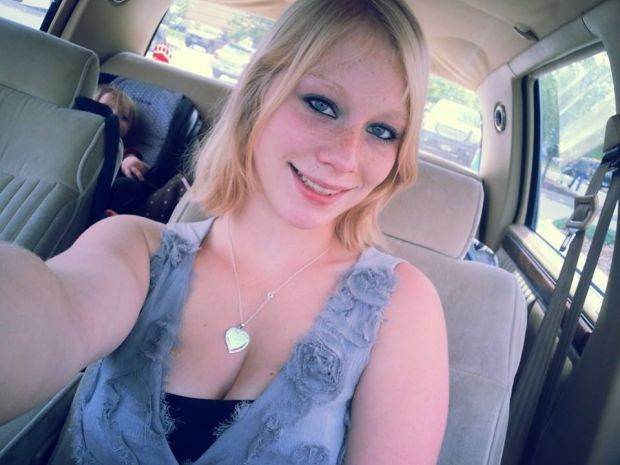 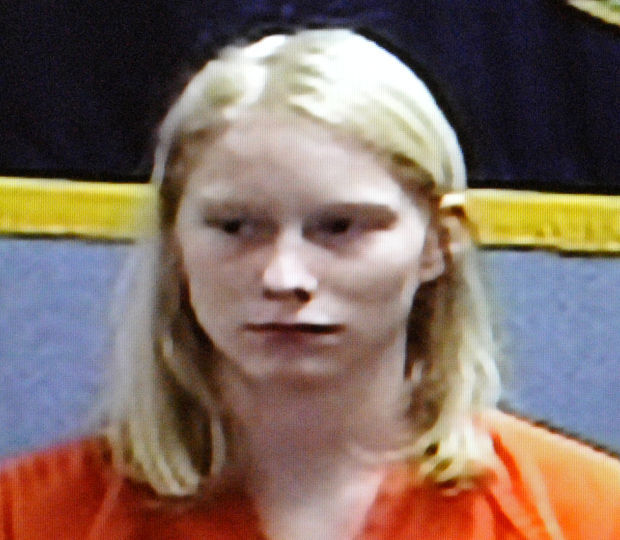 The girlfriend of a Missoula man who is accused of causing an explosion while trying to make hash oil in a University of Montana apartment earlier this month has been arrested and faces felony charges.

Virginia Marie Ervin, 18, on Monday afternoon made her initial appearance before Missoula County Justice of the Peace Amy Blixt, who set bail at $25,000.

Ervin allegedly stayed in the residence with her 19-month-old daughter on Oct. 12, while her boyfriend, Patrick Wayne Austin, used butane to extract hash oil from marijuana in the kitchen. About 15 minutes into the process, the butane caused an explosion in the apartment, blowing out the apartment's windows and burning the adults and child.

During her initial appearance Monday afternoon, Deputy Missoula County Attorney Jason Marks asked Blixt to keep bail at the warrant amount of $25,000, but said he wouldn't object to Ervin being screened for pre-trial supervision.

"My main concern is that there were discussions between her and her boyfriend, who's the co-defendant in this case, about her fleeing the state," he said. "We need something to ensure that she sticks around."

"I never said I was going to flee," Ervin retorted.

Ervin's public defender asked for her release, arguing that Ervin didn't have a criminal history and had never before been arrested.

Before continuing the $25,000 bail, Blixt ordered Ervin not to discuss the case with Austin and allowed her to be screened for pre-trial supervision.

According to the affidavit, Ervin knew Austin had previously injured himself while making hash oil, and she usually left the apartment with her daughter during the process. On that particular Sunday, however, Ervin was tired and took her daughter into another room to “just chill” and watch television.

About 15 minutes after Austin allegedly started extracting the oil, Ervin told police, she heard a loud “whoosh sound” and glanced up to see the kitchen on fire.

“She then realized that both her and her child’s hair were on fire,” the affidavit stated.

The explosion blew out the windows of the apartment, leaving pieces of glass and marijuana buds on the lawn and street below. Austin, Ervin and her daughter were taken to the hospital and treated for second- and third-degree burns.

Firefighters found a hotplate on the stove with a glass baking dish on it, two boxes of butane containers, 1.67 pounds of marijuana, 8.3 grams of hash oil and more than $2,200. They also found a half-pound of psilocybin mushrooms and a rifle.

According to the affidavit, Ervin contacted Missoula Police Detective Stacy Lear multiple times after the explosion requesting access to the apartment so she could gather items she needed for school.

Last week, Lear gained access to recorded phone calls from Austin, in the Missoula County jail, to Ervin’s cellphone. In the calls, Austin allegedly directed Ervin to retrieve his backpack from the apartment and suggested she tell police she needed it for school. The backpack allegedly contained $2,000 in cash, drugs and Austin’s cellphone.

In another call, Ervin told Austin she had gone back into the apartment and found “Molly” and cocaine – drugs police failed to find in their search – and had disposed of them.

They also allegedly discussed getting money from Austin’s clients – sums ranging from $150 to $300. In a subsequent call, Ervin told Austin she had collected about $700 so far.

Austin also directed Ervin to claim they had a common-law marriage, so she wouldn’t be forced to testify against him, and told her to leave the state to avoid being subpoenaed.

Virginia Ervin, 18, faces three felonies and one misdemeanor charge for her role in the hash oil explosion earlier this month.