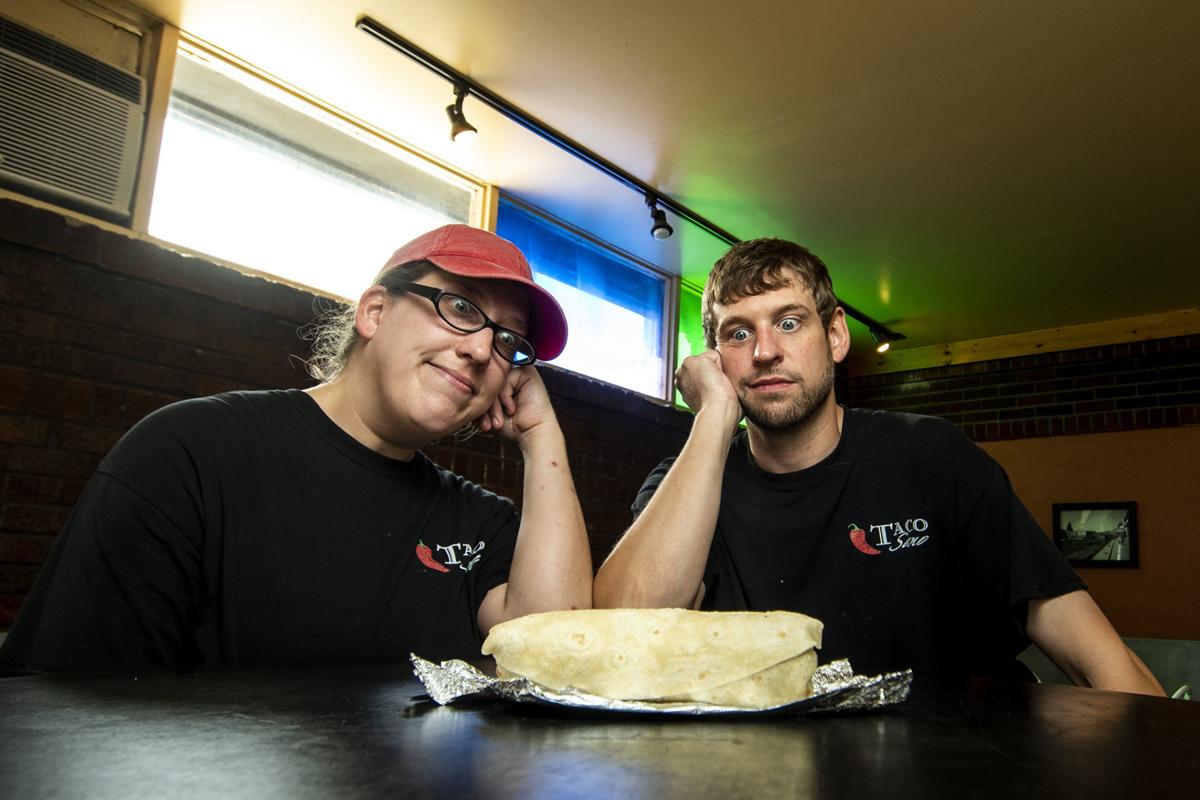 Amy Doughten, left, and Ethan Stovall have worked at Taco Sano together for nearly 10 years. The couple retired from their positions at the popular Missoula restaurant on Friday. Their plans after leaving Taco Sano are to be determined. 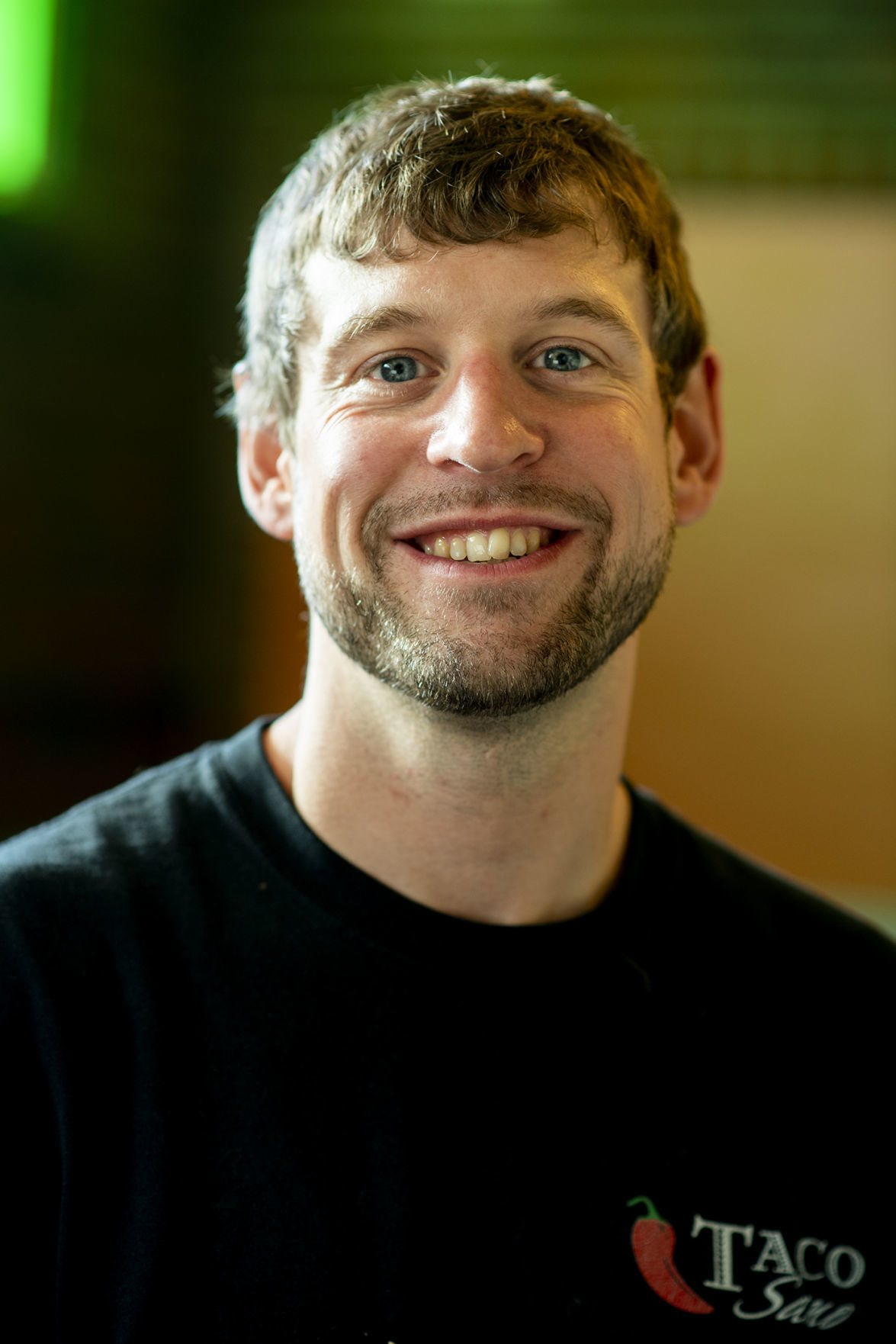 Ethan Stovall, manager at Taco Sano off Fourth Street West in Missoula, started working at the restaurant a few months after it opened. 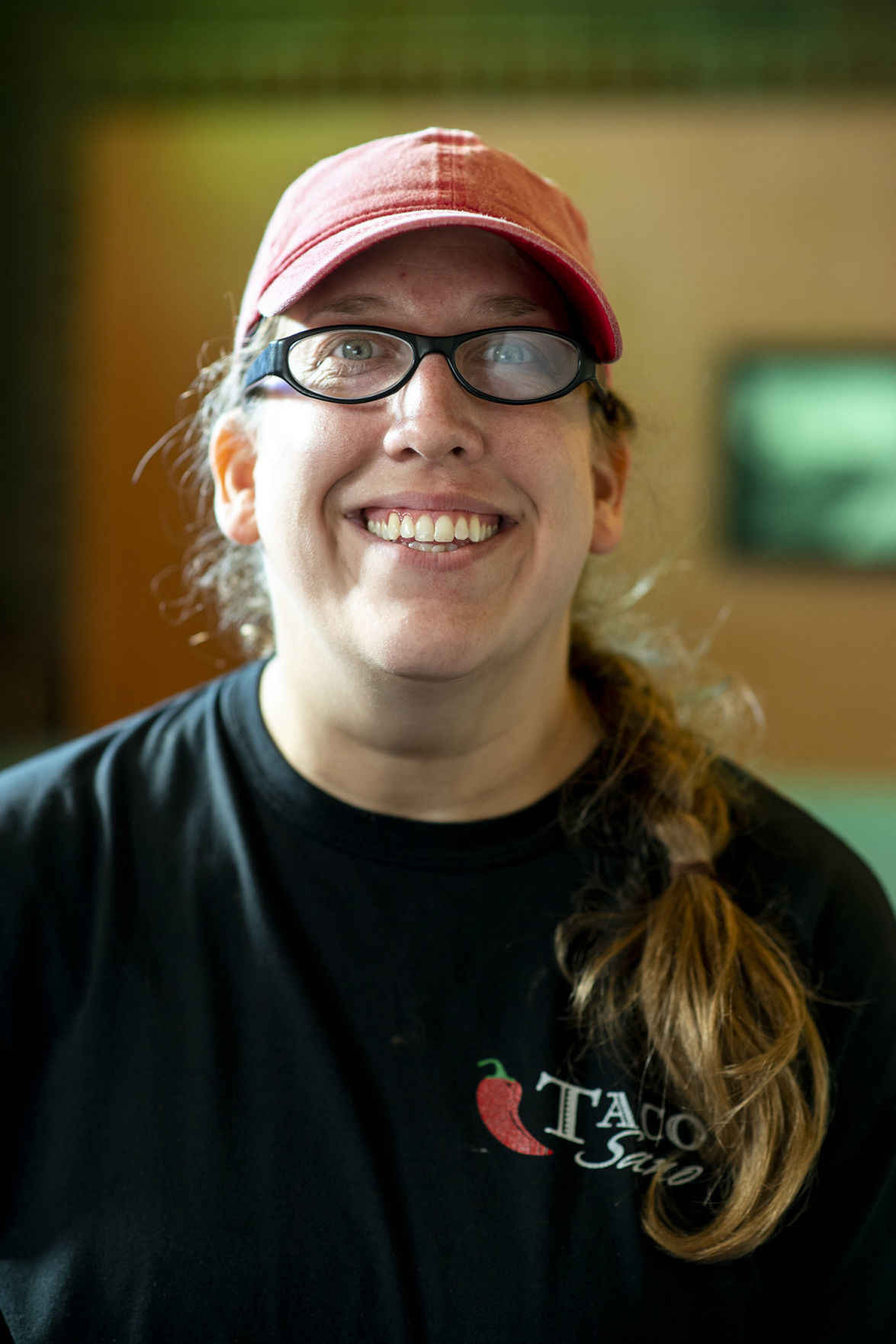 Amy Doughten has been working at Taco Sano since March 2010.

Maybe, just maybe, there were a few tears shed on Friday as the long and distinguished careers of Amy Doughten and Ethan Stovall at Taco Sano dwindled down.

But they were lost in a decade's worth of smiles.

Neither “long” nor “distinguished” are words ordinarily used to frame jobs at a quick-serve taco joint. But by all indications, these two were extraordinary.

Stovall managed the shop in the alley off South Fourth Street West for most of the 10-plus years he worked there.

Doughten, a shift leader who handles most of the catering, joined the crew on Stovall’s recommendation in March 2010. Shortly thereafter they became a couple.

At 3 p.m. Friday they bid goodbye to the Bossman tortillas, Hippogriff breakfast burritos and all the specialties that sprung out of the happy synergy they created. They walked out the door and headed over to Flippers, the neighborhood bar where their bosses for all this time were treating them to beers.

“It’s going to be just sad not to go in and see them every day,” said Nancy Butz. “We just love Ethan and Amy, and it’s been so wonderful to have them work here.”

Nancy and her husband Chris own the Sanos here and in the University Center on campus, as well as the Pita Pit across the bridge on Higgins Avenue.

“They gave us a month notice,” Butz said. “That doesn’t really happen often. Most people don’t leave with that much integrity and kindness.”

Stovall and Doughten aren’t leaving Missoula, but their immediate future is a mystery.

“A little transition for us,” is how Doughten framed it.

They’re not married, yet. He turned 33 on Sept. 18 and she turned 32 the same day. They’d already decided, said Stovall, that they were ready for “a new challenge, a new adventure.”

“We don’t have jobs lined up or anything,” he said, smiling an anticipatory smile.

They’ll treat themselves to a trip to the West Coast — Doughten is from Sioux Falls, South Dakota, and has never seen the ocean. They’ll spend a day or two with Stovall’s family in Libby.

“Then we’ll probably touch up our resumes and move on to the next thing,” he said.

Stovall graduated in 2005 from Troy High School in the mountains of northwestern Montana and thought he’d go into journalism at UM. Missoula was Doughten’s third college stop after stints in the flatlands at the University of Sioux Falls and South Dakota State.

As time went on and the economy got tight, jobs took precedence over school. Neither graduated. Stovall started at Taco Sano a few months after Chris and Nancy Butz opened it in 2009.

They met through mutual friends.

“Amy had a college roommate that had connections to pretty much where I’m from," Stovall said. "Then we just kind of became closer friends. I recommended her for a job here before we even started dating. I was like: 'This girl can work. I feel like she’d fit in really good here.'

"Shortly thereafter we got together.”

The fledgling Taco Sano was just a job at first, and not even a great one.

“It was pretty challenging at the beginning,” said Stovall. “We just kind of took it upon ourselves to make this into a good place for the workers and the customers. That helped us, I think, enjoy it more and more and stick it out this long.”

“A huge reason, just a massive reason why we stayed is the people that we got to work with are incredible,” said Doughten. “We’ll have lifelong friends that we met here.”

Because there's such a low turnover rate at Taco Sano, "we all got super close. We’ve just had incredible memories together. That definitely helped make us want to stay,” said Doughten. “There’s just such good morale and teamwork, and even hanging out afterwards together. It's the best possible environment. I feel really, really lucky to be able to experience that.”

“Every day’s its own adventure in a restaurant, but it was always a fun adventure rather than just a terrible, stressful thing,” Stovall said.

The two of them thrived on creating and helping create a menu that’s half filled with such specialty items as the Hippogriff. The breakfast burrito in a flour tortilla comes with eggs and spinach, jalapeno bacon, grilled onions, corn, black beans and way too many other ingredients to list.

Stovall and Doughten made no secret of their imminent departures. The reactions from customers have been heartwarming.

“I think people like the bittersweetness,” said Doughten. “Everyone’s so happy for us, and can't wait to see what we’re going to do next, but it’s also sad to see us go. I’ll miss a lot of the regulars for sure.”

Stovall estimates Doughten has five dozen orders memorized when those regulars drop in.

“After a decade it was really important for us to go out on good terms and try and set them up for future success as best we could,” he said. “You know, I think they have a good chance to keep everything going smooth here.”

The Missoula County Sheriff’s Office has confirmed the identity of the 19-year-old Missoula woman who died in a single-vehicle car wreck on Wednesday evening.

Missoula's downtown crowd is about to get a new breakfast joint.

Getting her photography show, "Land of Giants," ready felt something like making a movie to Tessla Hastings, with all the preparation, adrenal…

The Burns St. Bistro originated with some friends on a ski trip, hanging out in a yurt, drinking and talking about all the delicious food that…

Amy Doughten, left, and Ethan Stovall have worked at Taco Sano together for nearly 10 years. The couple retired from their positions at the popular Missoula restaurant on Friday. Their plans after leaving Taco Sano are to be determined.

Ethan Stovall, manager at Taco Sano off Fourth Street West in Missoula, started working at the restaurant a few months after it opened.

Amy Doughten has been working at Taco Sano since March 2010.