Become a Member
Read Today's E-edition
Share This
Griz tumble to No. 20 in FCS poll
0 Comments
Share this

World Series: Can the Astros even the series? Follow updates and scores 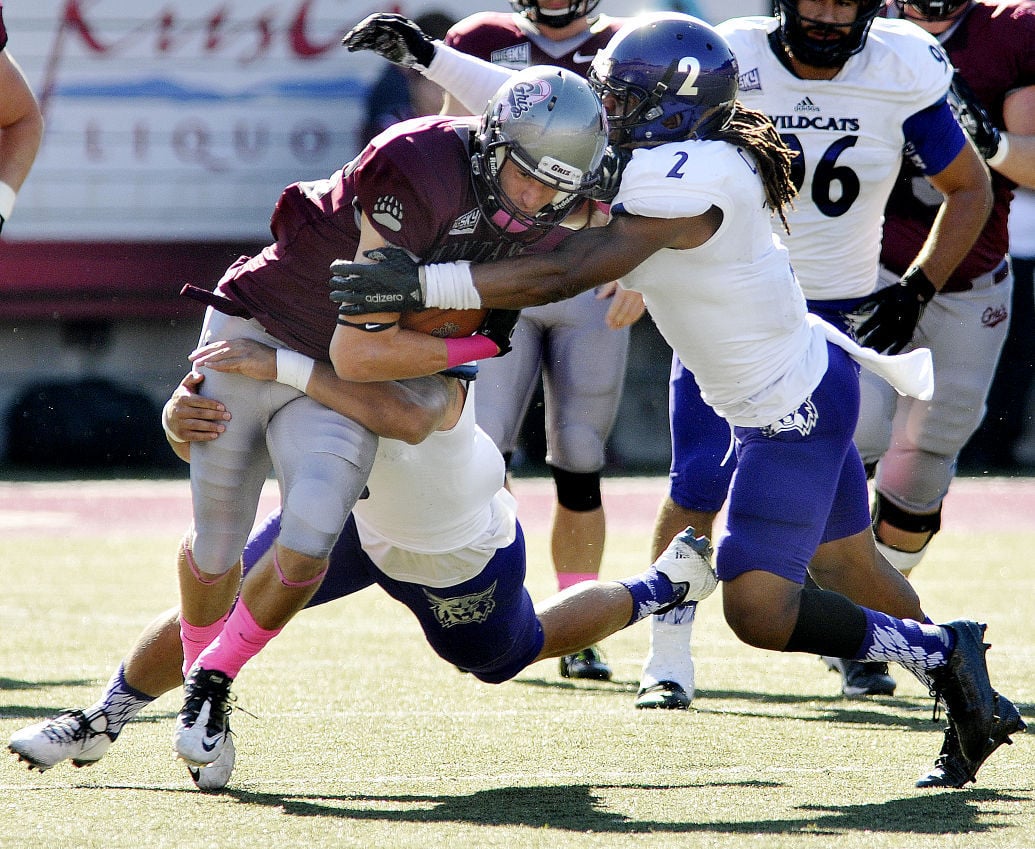 Montana's Ben Roberts fights a tackle from Cordero Dixon. Montana was defeated by Weber State 24-21 in overtime at Washington-Grizzly Stadium on Saturday. 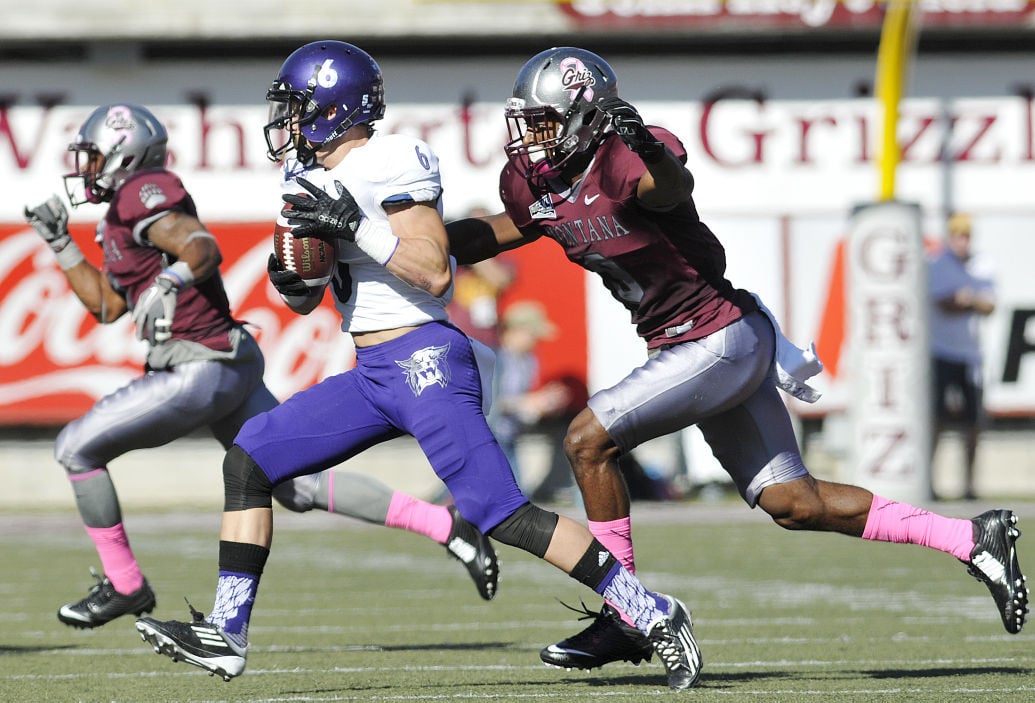 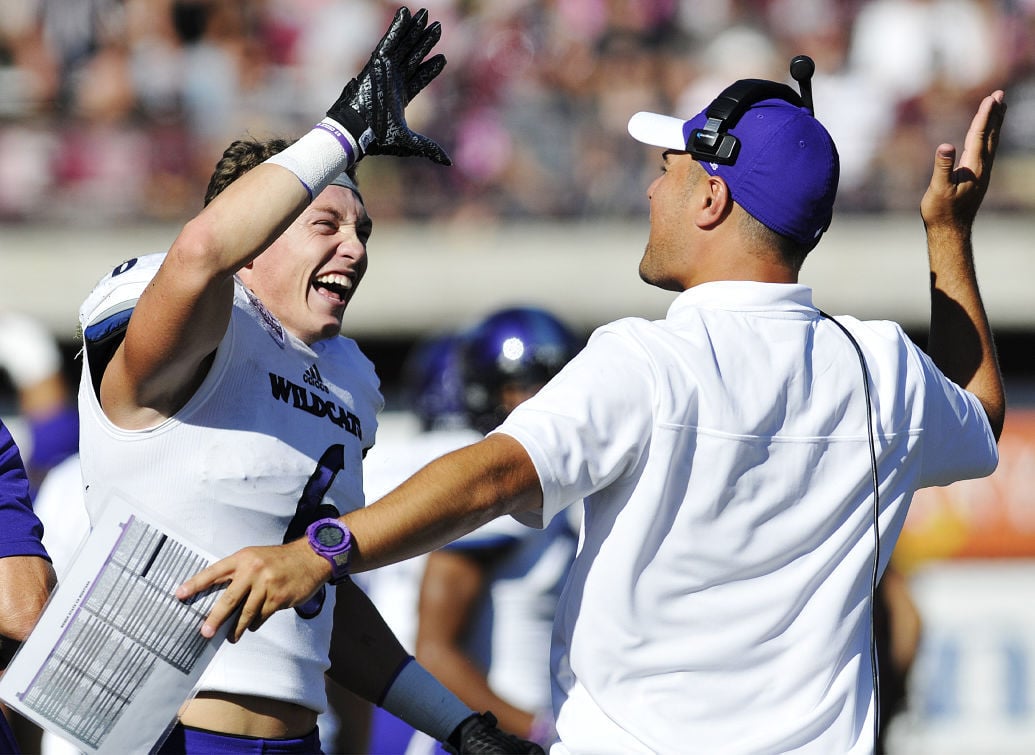 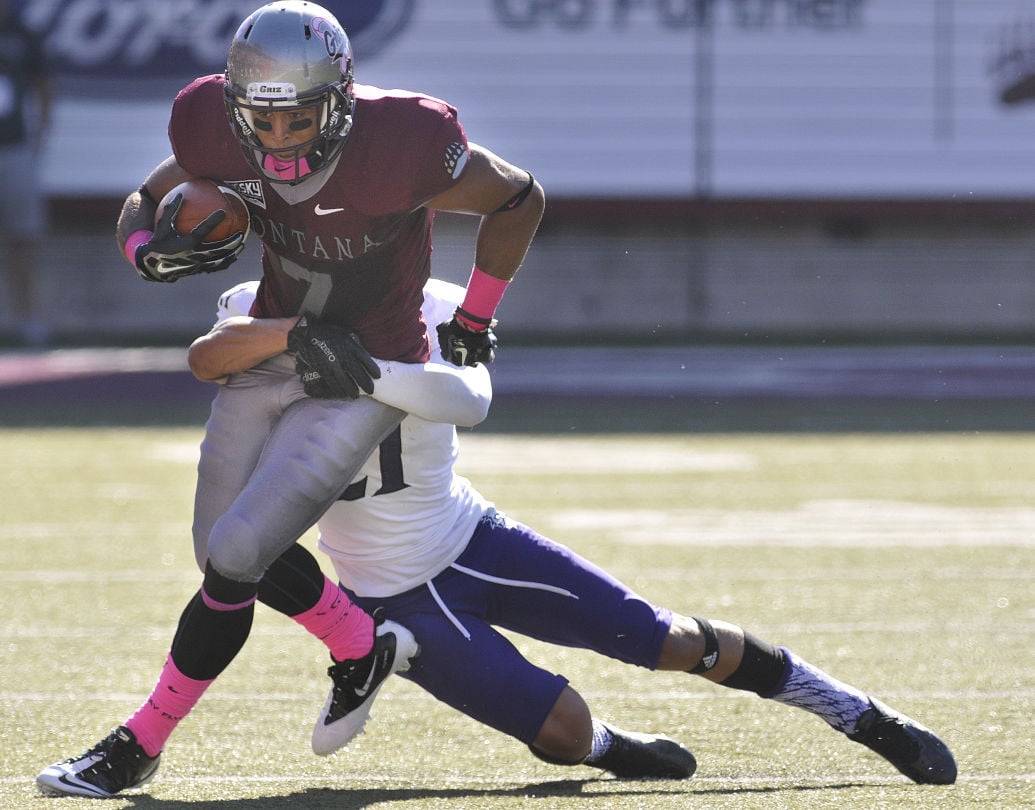 Montana's Ellis Henderson fights a tackle from Taron Johnson. Montana was defeated by Weber State 24-21 in overtime at Washington-Grizzly Stadium on Saturday.

Weber State's upset victory over the Montana football team this past week has the Grizzlies hanging on near the bottom of the STATS FCS top 25 poll.

The Griz free fell eight spots to No. 20 in Monday's poll after their overtime defeat, UM's first loss to Weber in Missoula since 1987. The Griz are likely one loss from falling out of the top 25 for the first time in three years and only the second instance in the past 18 seasons.

Montana (3-3) was last ranked so low at the opening of the 2013 season. The Griz were tabbed 20th in that preseason ballot after finishing 5-6 the year prior. In Week 5 of 2012, the first season under Mick Delaney following the abrupt firing of head coach Robin Pflugrad and Athletic Director Jim O'Day, the Griz landed outside the top 25 to end a streak of 195 straight weeks there dating back to 1998.

The Griz were as high as No. 8 this season following a win over North Dakota State but have crept backward in recent weeks.

Jacksonville State (4-1) remained the No. 1 team in the country for the fifth consecutive week, drawing 89 of the 159 total first-place votes in the poll. NDSU (4-1), winner of the past four FCS national championships, jumped Coastal Carolina (6-0) this week for the No. 2 spot.

The Bison drew 27 first-place votes after their second straight win over a then top-10 team (South Dakota State, Northern Iowa), while Coastal was down to 30 first-place votes from the 39 it garnered a week ago.

Illinois State (4-1) and James Madison (6-0) finished out the top five. ISU was selected first by one voter while JMU drew 12 first-place nods.

The Eagles, down one spot from last week after surviving an overtime scare against unranked Cal Poly, mark the Big Sky Conference's highest representative. The league put four in the top 25 overall.

Behind EWU but ahead of UM were No. 16 Montana State (3-2) and No. 17 Portland State (4-1). The Vikings were among the biggest gainers this week, jumping eight places after trouncing FBS North Texas 66-7 on the road.

Big Sky team North Dakota fell out of the top 25 after a loss to Idaho State on Saturday. UND, 23rd last week, dropped to what would be 30th place if the poll's length were extended.

Other major movers included unbeatens McNeese State State (5-0) and Harvard (4-0). McNeese jumped seven spots to No. 15 while the Ivy League Crimson climbed six to No. 18.

In the FCS coaches' poll, Coastal Carolina retained its No. 1 ranking as the top six teams did not change. The Chanticleers got 15 of the 26 first-place votes in that poll, followed by NDSU (five first-place votes), Jacksonville State (four), Illinois State, James Madison (two) and Chattanooga.

BOZEMAN -- Saturday was a wild and memorable one in the Big Sky Conference, a day that featured a handful of upsets and one last-ditch comeback.

Lyons' share: Receiver the next generation of griz slot men

You may or may not have noticed that the Montana Grizzlies like to throw the football, especially this season, under gun-slinging head coach B…

CB Nate Harris uses skill, speech to excel on the outside

What are the three most common words Nate Harris hears?

Margin for error slim for Griz after bye week

Midway through the third quarter of Montana's 24-21 overtime loss to Weber State on Saturday, a man approached Samuel Akem and proceeded to te…

It was an all-too-familiar sight for the Grizzlies this season.

Meseroll: Living on the edge can be dangerous

The headlines will read something along the lines of: "Unranked Wildcats stun No. 12 Grizzlies."

On the east side of Jordan-Hare Stadium, the 87,000-seat jewel of SEC football in Auburn, Alabama, three men built of bronze stand guard.

Week 6 Big Sky Rankings: It's all a mess

The Big Sky Conference is a mystery this season. Teams go from knocking off a top dog one week to losing to a bottom-feeder the next. Good thi…

Griz get snubbed by Weber State 24-21

Montana was defeated by Weber State 24-21 in overtime at Washington-Grizzly Stadium on Saturday.

Montana's Ben Roberts fights a tackle from Cordero Dixon. Montana was defeated by Weber State 24-21 in overtime at Washington-Grizzly Stadium on Saturday.

Montana's Ellis Henderson fights a tackle from Taron Johnson. Montana was defeated by Weber State 24-21 in overtime at Washington-Grizzly Stadium on Saturday.