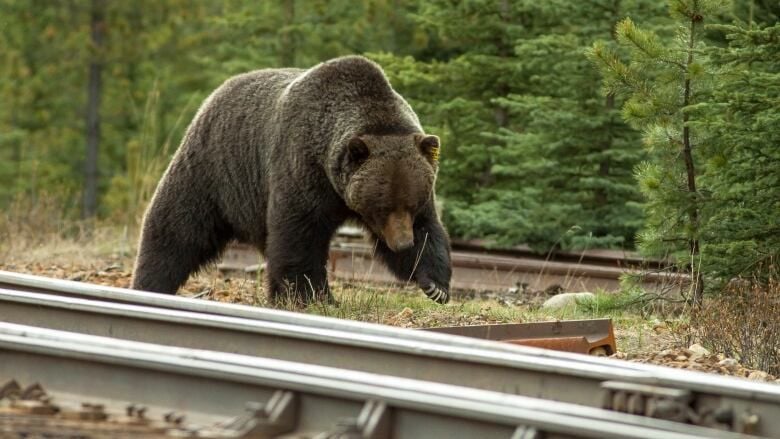 A grizzly bear walks near a train track in Canada. Researchers at the University of Alberta are studying what draws bears to train tracks and how to prevent collisions. 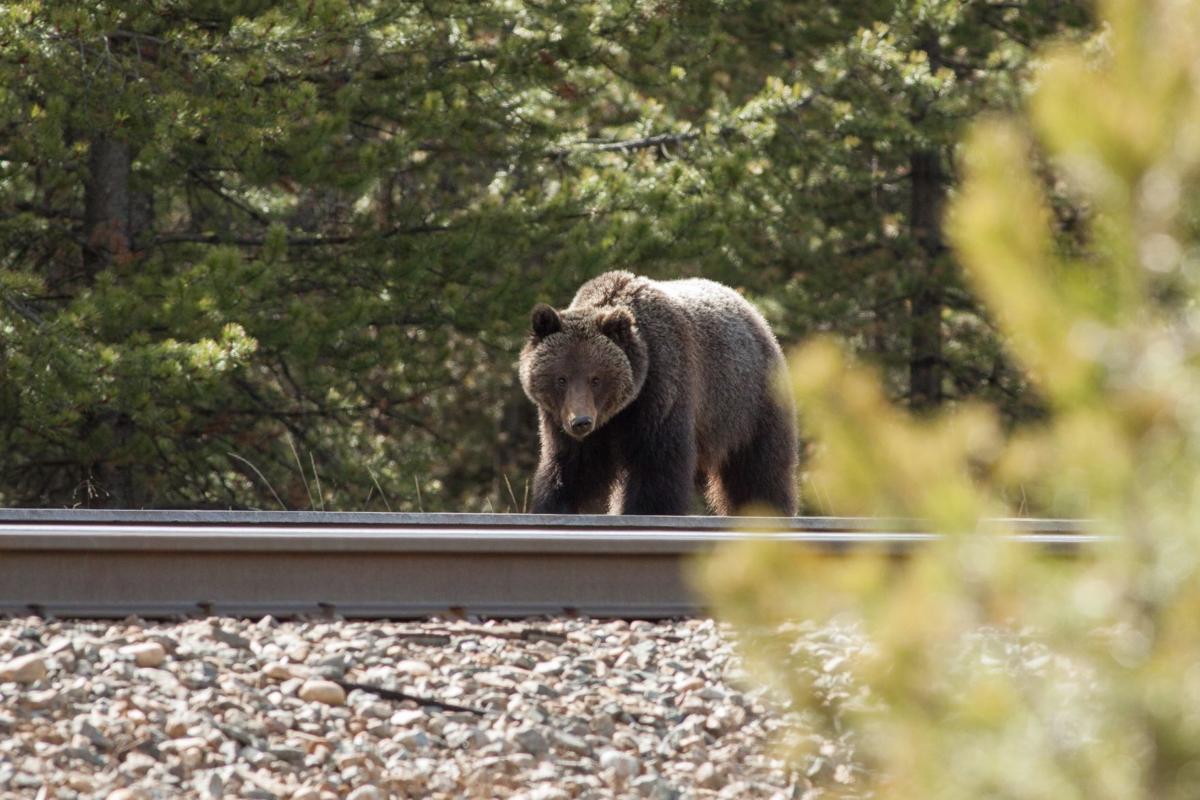 A grizzly bear pauses near a train track in Canada. Researchers at the University of Alberta are studying what draws bears to train tracks and how to prevent collisions.

A grizzly bear walks near a train track in Canada. Researchers at the University of Alberta are studying what draws bears to train tracks and how to prevent collisions.

A grizzly bear pauses near a train track in Canada. Researchers at the University of Alberta are studying what draws bears to train tracks and how to prevent collisions.

Despite another near-record year of mortalities for grizzlies in the Northern Continental Divide Ecosystem, scientists are not ready to call it a trend — but they’re also not ready to say it’s not a trend.

Last year, 52 grizzly bear mortalities occurred in the 8,900-square-miles of the NCDE, which includes public, private and tribal lands on either side of Glacier National Park. So far this year, 48 grizzlies are known or believed to be mortalities in that population.

“I’m not willing to say two years of increased mortality is a trend, but I also will say it’s not a trend. We’ll have to wait and see,” Cecily Costello, a Montana Fish, Wildlife and Parks bear biologist told about 100 people who gathered in Missoula on Tuesday for the NDCE fall meeting.

She was quick to add that the mortalities are below the threshold for sustainability for the population, which is estimated at 1,071 grizzlies.

The major causes of mortality were management removals for conflicts with livestock or humans. Some were hit by trains or automobiles, a couple were moved to augment the Cabinet Mountain grizzly population, and others died from unknown causes.

She said a “pretty dramatic” increase in the number of bears in the NCDE could be driving the recent high mortality rates. The expansion of their traditional territory to the east, where they haven’t been present for decades, also could be responsible.

But Costello also cited a Headwaters Economics analysis of open space and development between 1990 and 2016, which showed that almost 300,000 acres of open space in the nine counties surrounding the NCDE has been converted to housing in that time frame. That resulted in 30,000 new homes, mainly on the western side of the NCDE.

“It’s really not a big surprise to see we might be seeing more of these (conflicts) over time,” Costello said. She added that while it’s difficult to get information on vehicle data, the number of people visiting and driving through Glacier National Park has doubled between 2000 and 2019.

And Kraig Glazier, a federal agent for Wildlife Services, added that so far he’s investigated 157 suspected grizzly depredations on livestock. Only about 60% were confirmed to be caused by grizzlies.

He added that they captured 16 bears, which is pretty low because they’re not easy to catch. Other times they didn’t set traps because they weren’t sure which bear was responsible for the depredations.

Bear managers are doing their best to try to avoid conflicts. Seven bear biologists in the NCDE with state and tribal agencies have given out hundreds of cans of bear spray to area residents, and are quick to help people protect their property and livestock with electric fences and “Critter Gitters,” which detect movement and/or body heat, then emit a piercing sound and flashing lights to frighten away animals.

They’re also working closely with communities to install bear-proof garbage containers and remove ripe fruit from trees and bushes in the fall.

But the rise in popularity of people raising backyard chickens, which wasn’t a problem from 1999 to 2008, has prompted a spike in in depredations and ensuing bear mortality in the past decade, noted Hilary Cooley, a grizzly bear coordinator with the U.S. Fish and Wildlife Service.

“That crept up as a big issue” in grizzly bear mortality, Cooley said.

The mortality subcommittee Cooley sits on wants to see a long-term working group with members from state, federal and tribal agencies, as well as non-governmental organizations, who could channel their expertise to try to reduce mortalities. That working group would possibly coordinate strategies across the six grizzly bear recovery ecosystems to share ideas that might help the populations.

The subcommittee also recommended better education so people are more aware that grizzlies can be found in areas they didn’t used to inhabit. They want to give away even more bear spray, and perhaps use hunter education courses to spread the word.

Stacy Courville, the carnivore management specialist for the Confederated Salish and Kootenai Tribes, noted that they had eight known mortalities of grizzlies on a 14-mile stretch of Highway 93 in the past two years. He noted that tracking collars showed one female crossed that highway 39 times.

As grizzlies are moving toward being removed from protection under the Endangered Species Act, Costello said that studies are ongoing to learn more about how to protect both bears and humans.

A habitat study will use data to learn how forest management, fires and roads affect grizzlies, and they’re looking at Canadian research on collisions between bears, vehicles and trains to see if avoidance techniques similar to a Critter Gitter might work here.

They’re also working on a human attitude survey, and the possibility of guard dogs to protect people and property.

The council is slated to meet Wednesday and Thursday in room 330-332 at the University Center in Missoula from 8 a.m. to 5 p.m.

McDonald said they also were given money through the legislature to hire more bear specialists. One will work in the Red Lodge area dealing with bears coming out of Yellowstone National Park, and the other will be based in Anaconda to help out in what’s known as the “connectivity zone” between the various grizzly ecosystems.

Trina Jo Bradley of Valier, a rancher who sits on the governor’s council, said she appreciates all the efforts and recovery of the grizzly bears is “cool and special.”

“But you know what else is special? My little girl who can’t go outside and play because of the grizzlies,” Bradley said. “I want those people who live in the city where there are not grizzly bears to understand how it feels having to look both ways walking out my front door and carrying a gun on my hip when I’m mowing the lawn or taking my kid to the bus.”

Warning devices can keep bears from getting hit by trains, study shows

Canadian researchers say they may have come up with a way to keep grizzly bears from being hit by trains.