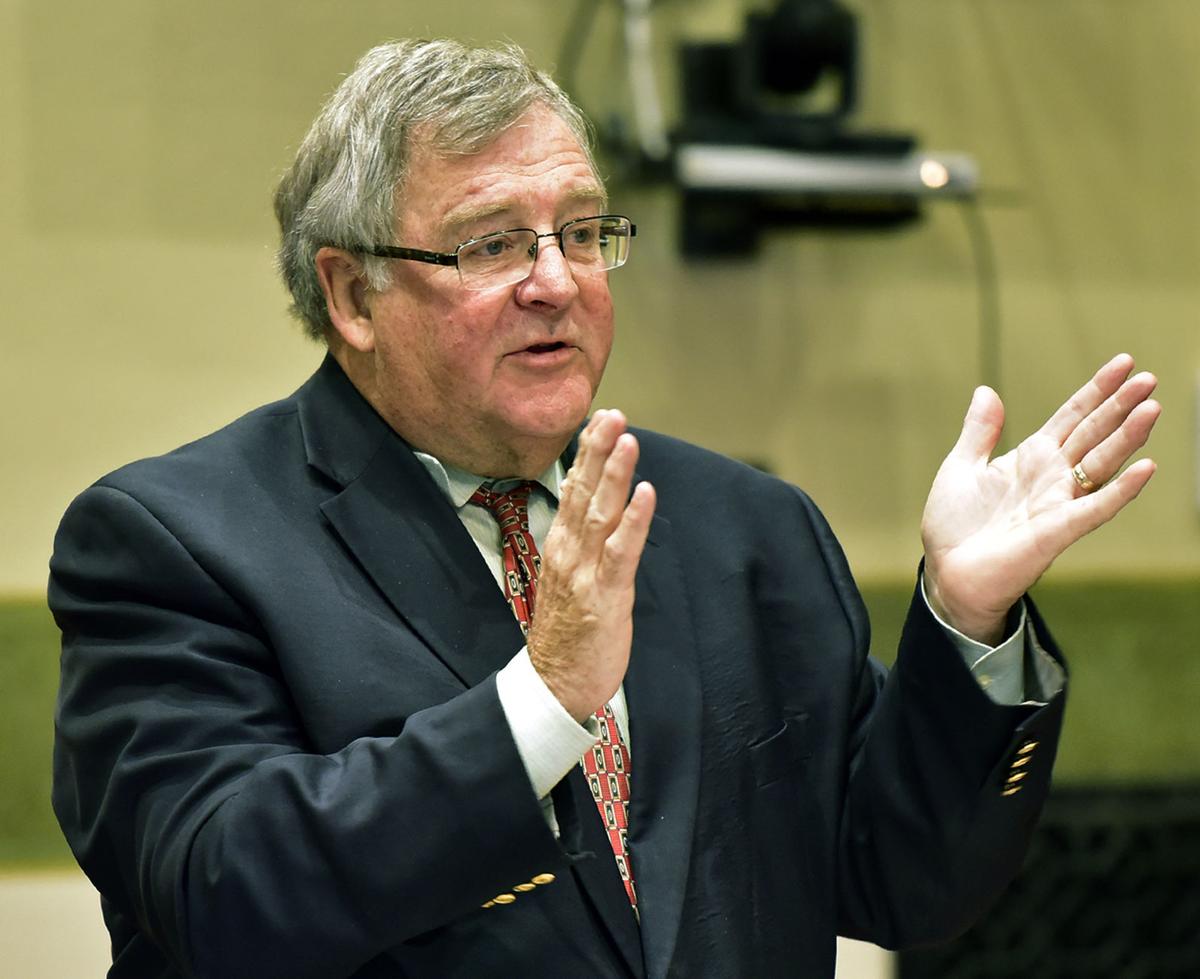 Former Missoula County Attorney Fred Van Valkenburg speaks during a hearing in Missoula District Court on Friday about whether the conviction of Cody Marble should be overturned. Marble was released from custody earlier this year after a 2002 rape conviction, and is requesting a new trial. 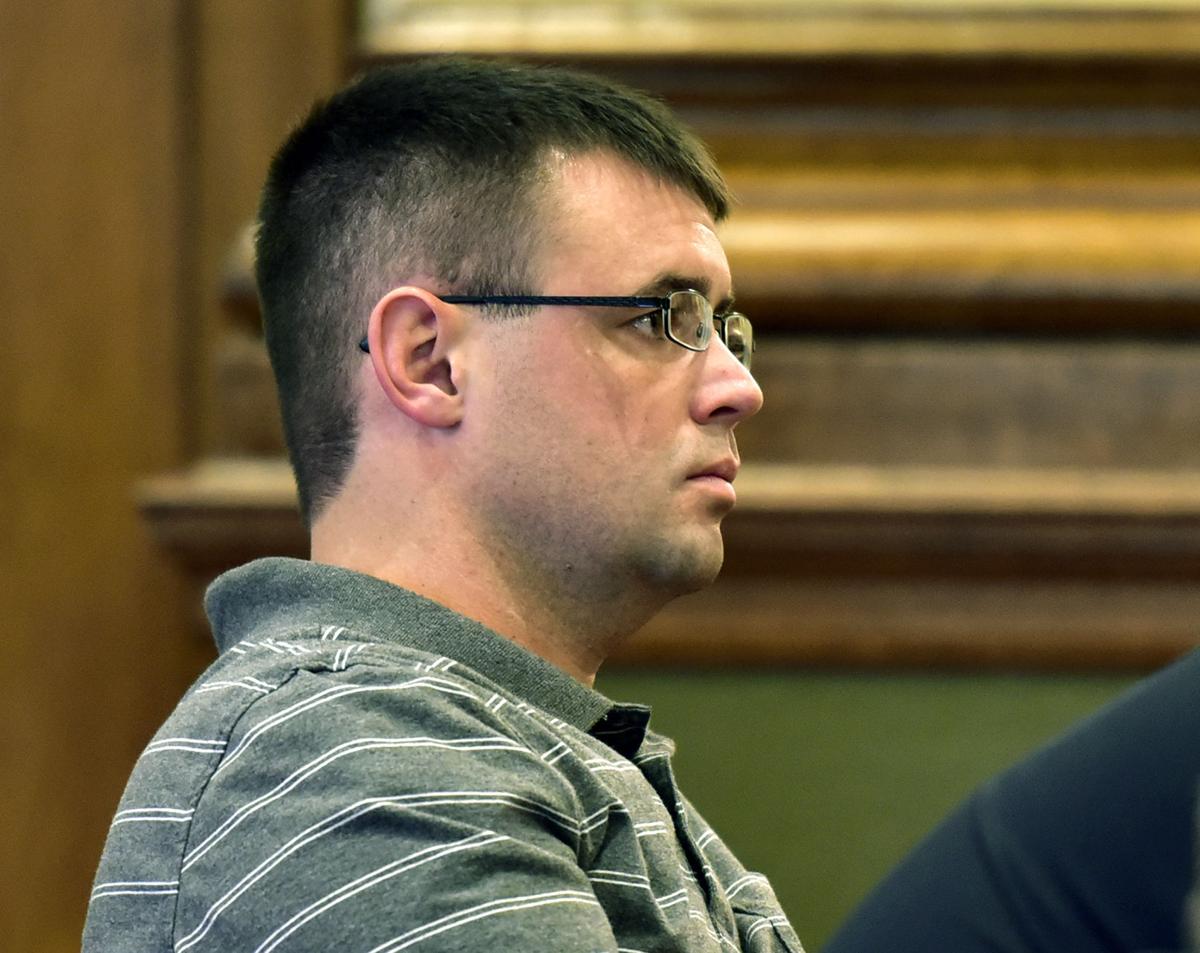 Cody Marble sits in the gallery during the hearing on his case in Missoula District Court in 2016.

A court hearing Friday made little progress to determine if the conviction of Cody Marble should be overturned, but instead devolved into former county attorney Fred Van Valkenburg airing grievances about his successor Kirsten Pabst’s handling of the case.

Marble was sent to prison in 2003 for the rape of a then-13-year-old boy while the two were in juvenile detention in Missoula County. He has since made several efforts to overturn his conviction, the most recent of which went to the Montana Supreme Court, which in August 2015 sent the case back to Missoula County District Court.

The high court instructed the lower court to re-examine a decision to deny Marble a new trial, and to use a broader interpretation of evidence that had come to light since his initial conviction, including recantation by witnesses.

After the case was remanded, Pabst personally reviewed the case against Marble, examined new evidence, and in April filed a motion that his conviction be dismissed, saying it “lacked integrity.”

“The criminal justice system is not a perfect system. It is only as reliable as people who are sworn to uphold the law,” Pabst said Friday after the hearing. “We can only engage in real reform of the criminal justice system when we are able to take an honest look at the past, consider new information, and admit when we've made a mistake. I can do that. It is never too late to do the right thing.”

Marble, now 32, was subsequently released from custody while retired District Court Judge Ed McLean, who is presiding over the case, considered Pabst’s request. As part of his process, McLean invited former county attorney Fred Van Valkenburg – who has been vocal in his belief that Marble’s conviction should stand – to provide his opinion on the matter as a friend of the court.

In September, Pabst and Marble’s attorney Colin Stephens filed a joint stipulation informing McLean that both felt the conviction should be overturned and Marble should be granted a new trial, leading the judge to set Friday’s court appearance.

Pabst, who was not present at Friday’s hearing because another attorney in her office is in charge of the case now, said afterward the amount of leeway Van Valkenburg has been granted is “highly unusual.”

“It is historically unprecedented for any court in this country to give a retired county attorney standing to take an adversarial position against a current county attorney on a case where there is no dispute between the actual parties,” she said.

Larry Mansch, the legal director of the Montana Innocence Project which has supported Marble’s efforts to get a new trial, said he didn’t know of another case where a third party like Van Valkenburg was allowed to play such a central role. He said that despite the man’s former role as county attorney, he was now a citizen.

“If he can intervene in this, what’s to stop him or anyone else from being able to interfere with any other plea agreement or motion made in a criminal case?” he said.

At the start of the hearing McLean asked deputy county attorney Matt Jennings if his office had ever been in contact with the family of Marble’s now-deceased accuser, Robert Thomas, for their opinion on a new trial. Jennings said he didn't know.

Van Valkenburg said that in the spring, when this process began, he reached out to the man’s aunt, and received permission to “essentially speak for the estate.”

He said not to consult with the family of Marble’s accuser ran contrary to Pabst’s public statements about the importance of victims playing a central role in cases of sexual assault and rape, saying those comments were “utterly disingenuous.”

“This stipulation is not good public policy,” he said. “There’s something really wrong with what’s going on here.”

After several comments about Pabst’s decisions as county attorney at the hearing, McLean reined in the former prosecutor, saying Pabst was not the subject of this hearing, Marble was.

Pabst said Thomas – who killed himself at the age of 25 during a police standoff in Havre in 2014 – would have been encouraged to participate in the process and would have been extended all of the support services for victims had he been alive. Before he killed himself, Thomas recanted his accusation against Marble, and then in a later interview with Van Valkenburg, went back to his original accusation.

The family Van Valkenburg spoke to, Pabst said, weren’t close with Thomas, “did not necessarily share Robert’s views of the case and were not legally situated to speak on his behalf.”

Van Valkenburg said Marble’s situation was similar to what would have happened if John Wilkes Booth was allowed to continually make court petitions after a trial for the assassination of President Abraham Lincoln.

His point was that – if years went by and Booth was given continued opportunities to appeal – evidence, victims and witnesses would likely be lost, die or disappear and that at some point, the “finality of conviction” needed to stand.

Booth was shot and killed after soldiers set fire to the Virginia barn where he hid after the assassination, and never went to trial.

After a little more than a half-hour of discussion, McLean indicated he wanted to have an evidentiary hearing so Marble’s defense could present what new information they would be able to bring to another trial, if it was granted.

Van Valkenburg interjected, saying the stipulation between the prosecution and Marble had been an attempt to “undermine the court." In a previous court briefing, he alleged that Pabst only wanted to have a new trial granted so she could unilaterally dismiss the charge against Marble. Van Valkenburg – who doesn't represent either side in the court case – claimed there was no new evidence to present to the court.

“I think you totally misread the (Supreme Court's) Marble decision by saying there isn’t,” he said.

Stephens said he was happy to have such a hearing, but likely wouldn’t be ready until January or February. Van Valkenburg responded that he would be out of town at that time. McLean told all sides he wanted the hearing sooner, and they agreed to confer and pick a date.

Before the judge ended the hearing, Van Valkenburg made another request that, in light of both the prosecution and Marble’s defense team being in agreement about the resolution they wanted, that the Montana Attorney General’s office be brought in to provide an “adversary opinion” during the hearing.

McLean said no, adding that Pabst was elected by the people to be the county attorney.

Marble, whose travels have been limited by the court for the past six months since his release this spring, received permission to attend the Missoula hearing, and sat in the front row next to representatives from the Montana Innocence Project.

“It’s not the result I was hoping for, but I did get to take a nice drive,” he said.

More than six months after he was released from custody, Cody Marble could soon learn if he’s truly a free man.

Van Valkenburg: Court has 'no authority' to dismiss Marble case

Cody Marble starts the new year as a free man.

An arrest warrant has been issued for Cody Marble, who at the start of the year had his 2002 rape conviction overturned in Missoula County Dis…

Former Missoula County Attorney Fred Van Valkenburg speaks during a hearing in Missoula District Court on Friday about whether the conviction of Cody Marble should be overturned. Marble was released from custody earlier this year after a 2002 rape conviction, and is requesting a new trial.

Cody Marble sits in the gallery during the hearing on his case in Missoula District Court in 2016.